Sol was taken said:
If there gonna be a hyw for this tl
Click to expand...

Will there be A Hundred Years War analog

Yes, but instead of England with Germany, because Barbarossa married with Eleanor of Aquitaine.

So we will have a united Germany?

Sol was taken said:
So we will have a united Germany?
Click to expand...

Indeed, the plan of Frederick was fulfilled by avoiding the Sicilian Fiasco and he centralized the Holy Roman and made it hereditary, although I’m not sure if the Hohenstaufen will survive after 1360, but that is for future chapters .

Will they keep all of Italy or just the north

Sol was taken said:
Will they keep all of Italy or just the north
Click to expand...

Only the north, the south is governed by the surviving Hautevilles, but Italy is a box full of surprises, at some point some noble will try to make an independent Italy, although my knowledge of this period of Italian history barely exists, maybe this noble isn’t Italian at all...

When the next chapter coming out

Sol was taken said:
When the next chapter coming out
Click to expand...

Past-tomorrow, i have University classes from 7:30 AM to 15:15 PM, don’t get altered, if not past tomorrow then the after.

"England and Wales united not through the swing of the sword or the whistle of the arrow but in the private chamber of two Princes."

Dafydd Ab Owain, King of Gwynned and all Wales, betrothed his daughter Gwenhwyfar to Ætheling Harold in 1172, the matrimony was celebrated two years later in the Cathedral of London.

The plan of king Edgar aimed to gain Wales by peaceful means and some schemings to ensure the success of his plan, like the assassination of Owain Ab Dafydd, firstborn son of Dafydd, this remained a secret until the XIX century when a member of the Royal Academy discovered his personal diary.

The second son of Dafydd, Einion died in 1176, after the baptism of his first nephew, Athelsthan, he fell of the tower of the royal castle after slipping while drunk, the sound he made after falling was unforgettable and horrible for most of the family and the commoners but a sweet sound to the king, another one bites the dust.

Dafydd entered in a profound depression by the death of his sons, Gwenllian his other daughter became nun believing that this was a punishment to her father and family for all the parricide and crimes that her father committed.

This only further aggravated the successory question by leaving only one in the line of succession that wasn’t directly related to his brothers and cousins, he then died in 1191 poisoned during a banquet in his castle.

Thomas Becket felt something about all this wasn’t alright, so he started to investigate and pray for knowing the truth, unfortunately his reform and purification of the Anglish Church earned him several enemies and died stabbed in the Canterbury Cathedral by an ex-priest that lost his bishopric after being caught selling charges.

With Gwenhwyfar ascended to the throne she proclaimed herself with pontifical approval Princess of Wales.

The Spy Network of the king discovered that Llywelyn, nephew of Dafydd, pretended to invade Wales and reclaim the throne for him, so he sent most of his army to Wales to protect it.

Llewelyn after seeing the massive amount of troops that the king sent to Wales he decided to negotiate with them to get some land and power as compensation for the assassination of his father, acknowledging the impossibility of winning the war against Angland and possibly Scotland, since the king of Scotland was the brother in law of the Anglish King.

He received the title of duke of Powys and the duke of Gwent, leaving all his pretensions to the throne, at least for now.

Gwenhwyfar died in 1200 during the birth of her tenth son, that allegedly was product of an adventure with her father in law, the child was named Gwenhwyfar in honor to her mother.

The children product of this union are:

Her death was mourned deeply by his husband Harold, who fell in love with her, a feeling that was mutual, and all the Anglish royal family that liked her in almost every way, unfortunately six years after her death Llywelyn rebelled and dethroned Athelsthan, but that’s a story for other day...

Before you say something remember that the grandfather of king Edgar is Gruffrud ap Cynan, the Gwynned king that resisted the Normans in OTL but in this he allied with the Anglish and unified Wales before the 1100’s. 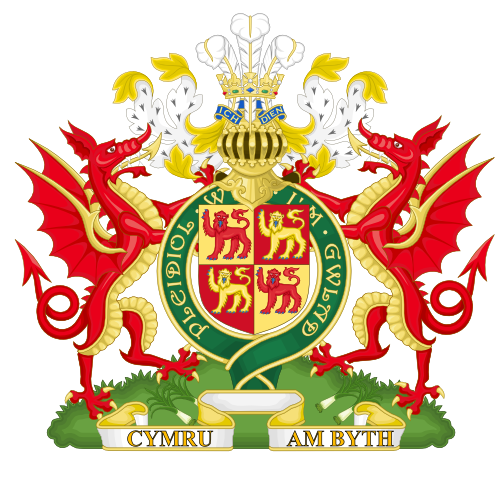 Arms of Wales during the reign of Gwenhwyfar and her son as depicted in the London Armorial.

¿What are your thoughts my dear audience?

¿What do you want to see now?

what going on in eastern Europe

The Swedish King and the Karelian Queen.

"A woman with indomitable wrath, a strong warrior spirit and a wisdom unseen in all of Suomi shall rise to defend our land."

Annals of the Fins.

In 1215 king Håkan IV Stenkil decided to continue the wars against the Finnish pagan tribes of Karelia and Tavastia as a way to legitimize his reign and demonstrate that he was a strong leader for Sweden since he was only eighteen years old.

The first months of the campaign were successful but in the Battle of Kokemäenjoki a Finnish army of 9,982 men stopped them and dealt 4,567 casualties to the Swedes, meaning that they lost a third of their army.

In the battle the leader of the pagan army died, the daughter of one of them, Aamunkoi, became leader.

In other battle, the Battle of Salpausselkä, she dealt another blow to the Swedes, the king barely escaped from being captured by the pagans.

Håkan managed to push the Finnish to the island of Virmailansaari in the Päijänne lake, killing 12,967 of them, counting non-combatants in winter of 1217.

In spring of 1218 at Tampere the Swedes were defeated after being ambushed, losing 1,320 compared to the 245 casualties of the pagans, Aamunkoi kept the pressure to the Swedish army, making them retreat to the fortress of Phyäjärvi, where a band of deserters let the gates open at night and then Aamunkoi and her best warriors, stormed the castle and captured everyone in there, except the king, that retreated to Oulu, where he planned to smash the heathens once and for after a massive push to the Baltic Coast.

In december of 1218 he reunited almost 34,213 soldiers, the double of the Finnish army, he pushed them to Jyväskylä, location he reduced to cinder and mangled corpses, he kept advancing, ignoring the fact that his supply line was overstretched and suffering from constant raids or desertions.

The last battle of the war was fought in Hämeenlinna, Aamunkoi received help from all the other Finnish tribes, reuniting 26,789 soldiers, the battle was fought in the third day of June of 1219, this day was the official end of the crusade, king Håkan was defeated and captured by Aamunkoi, that exhibited her new trophy to her troops by riding in front of the army with king Håkan naked and bounded.

9,719 Finns died compared to the 21,568 Swedes, mostly due atrition, disease and attacks by the local population.

After the humiliating defeat and parade, Håkan was forced to sign a peace treaty that had few wins compared to the losses (mostly prestige), the treaty divided Finland in two, allowed catholic missionaries to proselytize, forced Sweden to pay reparations and the " Pagan Queen" demanded the aperture of trade routes without taxation that went from Finland to Norway.

Håkan blamed the fiasco to his cousin and general Ragnar, responsible for the collapse of the supplie lines and the commander of the army center, which collapsed after three hours of fighting.

Aamunkoi secured her position as queen of Finland after expelling the Swedes and started the consolidation and modernization of the nation, she married with Aikamieli, a 19 years old soldier that fought alongside her in all the duration of the crusade.

Håkan married with Kristina Birgersdotter of Bjelbo as a way to compensate the family for their tremendous losses in wealth caused by several loans handed to the king, this marriage also secured dynastic continuity and calmed the spirit of Håkan.

The adverse effects were the constant increase of power in the hands of the Bjelbo house and the decline of the Stenkil house in positions of ecclesiastical and political power.

The balance of power once again is shaken in Europe, only time will tell what situations awaits in the day after tomorrow...
Last edited: Mar 9, 2021 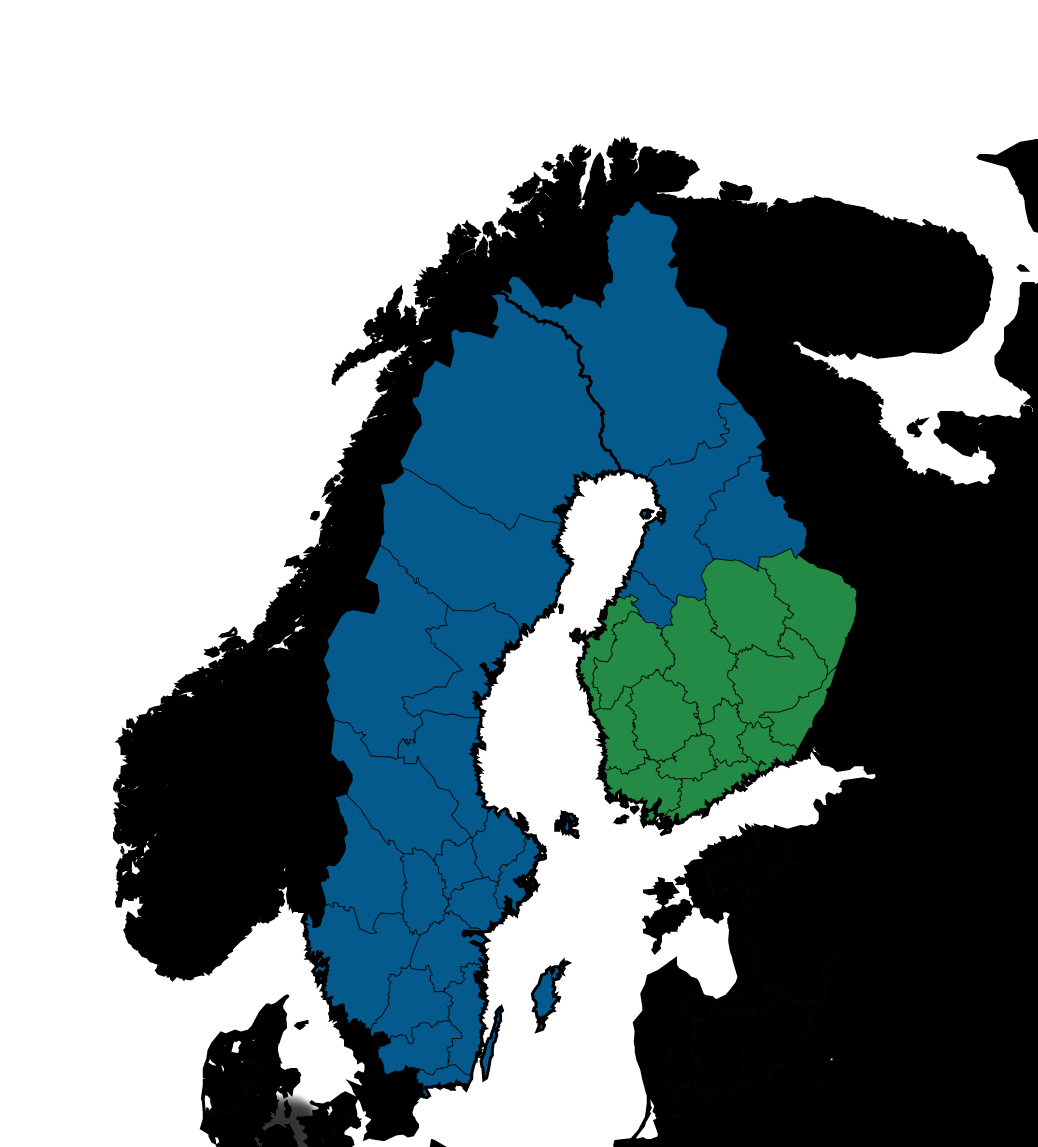