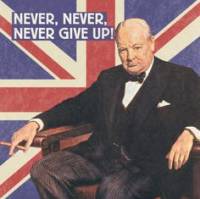 A rare American Monarchist that supports the United States joining the Commonwealth, along with repealing the United States Constitution to adopt a Parliamentary system of government with H.M. The Queen as the ceremonial Head of State.

ADS94 hails from Connecticut and has ties to Chicago, Illinois. He will be moving to Florida in a short period of time, in order to spread the Monarchist viewpoint. Generally aligning with the United Kingdom's Conservative Party, ADS94 falls within the Republican Party in the United States, and has voted for the party's candidates in every election, except a single Green Party candidate in 2014.

Despite the existence of a pro-Confederacy timeline, ADS94 is not a neo-Confederate. He only holds an interest in the time period and the Confederate States, endorsing none of their ideas except their term-limited Presidency and very well designed flags.

ADS94 is a member of the Second Cordial Conservatives' Club and was Chairman in October 2015.

The Confederacy: A timeline in which the Confederate States of America gains independence from the United States. The Timeline focuses on the period after the War, and shall one day encompass from 1865 to 2015. In general, it will be focused on the Confederate States, with social, political, and cultural history being the focus.

Debs Lived, Debs Lives, Debs Will Live Forever!: A timeline where the United States, not Russia, undergoes a seismic Communist Revolution, bringing Eugene V. Debs into power as the leader of the new socialist country. The timeline will focus on both the history of the new socialist America and world history.