The Peoples' Republic of China (in 2100) is a large East Asian state, which borders Russia to the north, Kazakhstan and several other Central Asian states to the west, India to the south and several states in Indo-China to the south along with Korea. The population of China has stabilised at 1.6 billion, and has a lunar population (in the lunar city of New Beijing) of 5000 and a Martian population (in the Martian base New Shanghai) of 350.

China is currently termed a superpower, with the second largest economy in the world, and a permanent seat on the UN Security Council alongside seven other nations. The capital, Beijing, has recently been completely rebuilt since the American nuclear bombing of the city in 2036 in WWIII. Nevertheless, the USA nor any other nations were obliged to pay reparations after the two main peace treaties after the Third World War (treaties of Minsk and Tokyo).

In these treaties, most the worlds' nations accepted the Chinese possession of Mongolia and Bhutan and the Communist possession of Taiwan (which had previously been the Republic of China separated from mainland China). Furthermore, China gained greater influence over Central Asia and Russia's Far East; which was purchased in 2085 for the equivalent of 3 trillion US Dollars. Nowadays, China exerts great influence over much of the world and the stability and peace established through Chinese influence is often called: Pax Sinica. 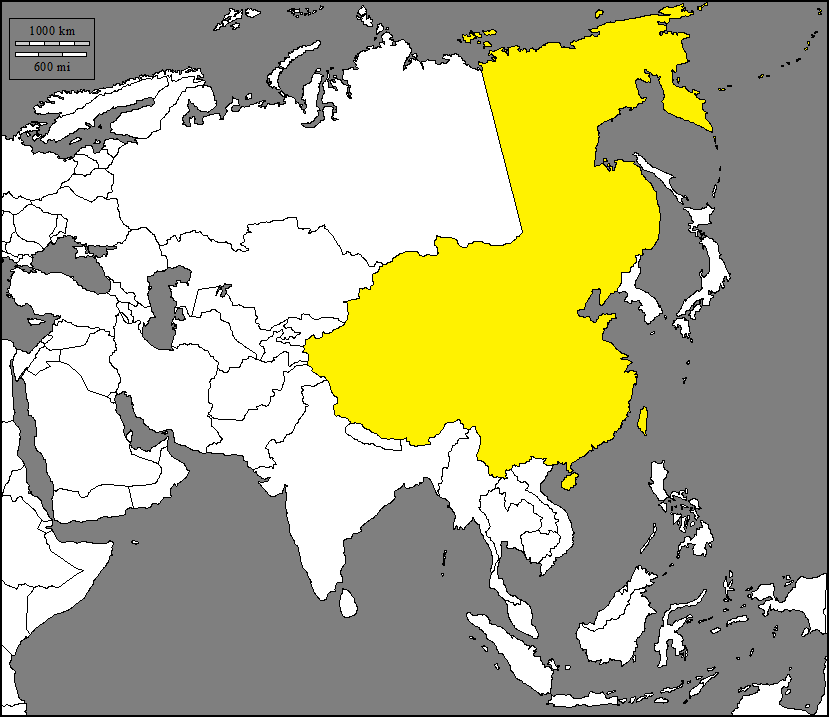