Saxony (Look to the West)

In Look to the West, Saxony has gone from strength to strength. Allied with Austria in the Third War of Supremacy, she was initially overrun by Frederick II's Prussians (like OTL) but the Prussians were defeated in the war (unlike OTL). Unable to take all of Prussia's minor German possessions for herself for political reasons, Austria gave them to Saxony as a trustworthy surrogate, and Saxony grew in power, jockeying with Prussia for influence within the Holy Roman Empire. Both Saxony and Prussia were part of the alliance Ferdinand IV of Austria put together to face the French invasion during the Jacobin Wars, but the deaths of both their rulers led to an uprising in Prussian-ruled Poland supported by the Saxons–the Saxon and Prussian armies withdrew from the war to contest Poland between them, leaving Germany open to French invasion. The Saxons eventually won the war and broke Prussia, with Poland once again in personal union with Saxony. During the mediatisation caused by the downfall of the Holy Roman Empire, Saxony was one of the states that benefited the most, absorbing not only more of Prussia but also Thuringia and other regions.

Saxony was involved in the War of the Nations, the final phase of the Jacobin Wars, and together with Denmark shut the Hapsburgs out of Swabia. Saxony led the creation of the Concert of Germany, an alliance of northern German states opposed to the Austrians and French, and considered itself the natural leader of the Concert. Most of the states in the Concert used the Koalitionsthaler, a currency based on the Saxon dollar. During the Watchful Peace Saxony was considered a centre of insular European civilisation at a time when states such as France and Great Britain were coming under the artistic influence of India and China. Saxony also embraced technological innovations such as steam engines and semaphore, unlike Austria. She became home to a movement called the Young Germans, an aristocratic student pan-Germanist movement supported (and perhaps invented) by the monarchy, but was opposed to the more egalitarian Schmidtists. When John George V died, the Polish Sejm voted to remain friendly with Saxony but elect a new monarch, the Duke of Lucca, rather than one of John George's sons. John George's successor, Augustus II Frederick, became the first Protestant Saxon monarch for decades.

Like OTL, after its ascension to a kingdom, Saxony adopted a flag emphasising the colour green from their coat of arms, as the other colours (yellow and black) are the same as those of the Hapsburgs. In OTL Saxony adopted a white-green bicolour, while in TTL the country chose a slightly different white-green-white tricolour. 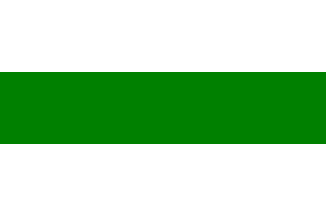