A timeline by DStecks, you can find it here. 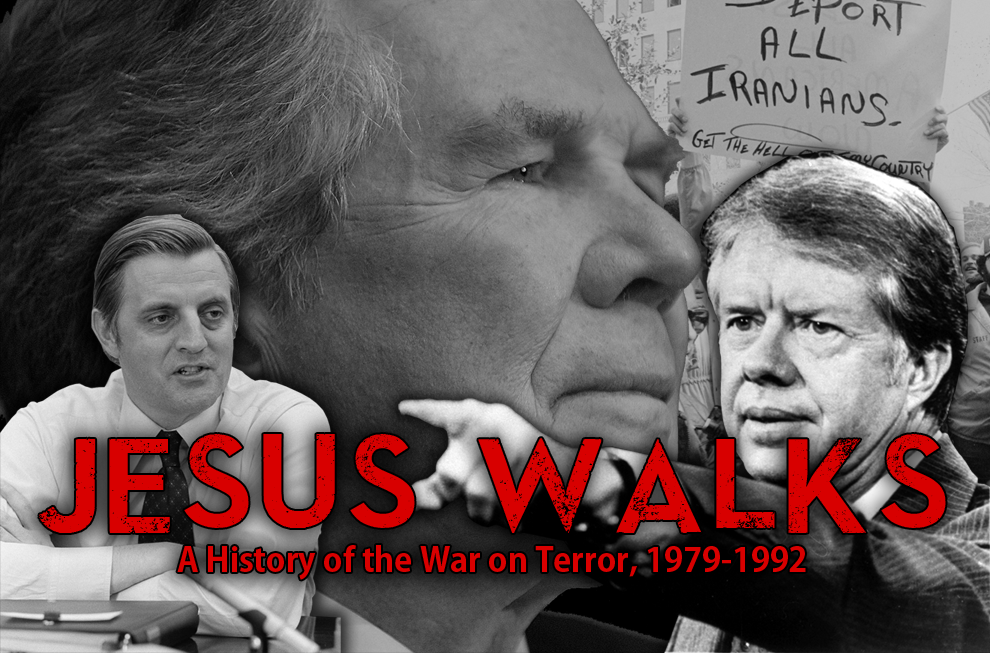 On November 4th, 1979, forces loyal to the Iranian Revolution seized the American embassy in Tehran. They were held for 444 days until they were released, moments after Ronald Reagan was sworn in as the 40th President of the United States of America. At least, that's how it happened in our timeline. But a hostage taking is a messy, chaotic thing. What might have happened if it took for a turn for the worse?

In the world of Jesus Walks, due to circumstances unknown, the taking of the American embassy goes horribly awry, ending in the deaths of all embassy personnel. Responding to American cries for blood, president Jimmy Carter sees only one response, and it is one that will drag America into war, but a war unlike any before. This will be a war on terrorism itself, and it will change the face of the world forever.

Act I: The Father

(Chapter descriptions past this point may contain spoilers)

Not part of the storyline proper, these serve as non-fiction asides, generally intended to introduce a potentially unfamiliar concept to the reader. They generally deal heavily with the subject as it pertains to OTL, but with information about how it will be affecting the timeline. Some are brief vignettes about the world beyond the scope of the story itself, and some are a behind-the-scenes examination of why something occurred the way it did ITTL, if including that discussion in the narrative itself would be too disruptive.