France (Look to the West)

In Look to the West, France is one of the most powerful countries of the eighteenth and nineteenth centuries, a main rival of Britain, Austria and Russia.

France's eighteenth century history is somewhat happier than OTL, as the French retained considerable conquests in India after the Second War of Supremacy and has built on this to provide a rich East India trade which has improved the French economy relative to OTL. France also retained Louisiana after the Third War of Supremacy, unlike our Seven Years' War, but lost the claimed hinterland in the following Second Platinean War, leaving only Nouvelle-Orléans and its environs, an area only slightly larger than the modern OTL US state of Louisiana.

Unlike OTL in which Louis XVI supported the United States against Britain in the American Revolutionary War, in TTL a longer-lived Louis XV supported Spain against the rebel United Provinces of South America. Although being on the losing side, France won several shock naval victories against Britain's Royal Navy and its economy was not as badly damaged as OTL.

The French Revolution still happened in TTL but it was delayed some years to 1794. The King at the time was King Louis XVI of France, not OTL's Louis XVI but his father, who in OTL died while he was still the Dauphin. The Revolution took on a bloodier character than OTL thanks to Linnaeanism and focused on ideas of racial supremacy as well as social levelling.

Unlike OTL, the Dauphin (equivalent to OTL's Louis XVI, but TTL's Louis XVII) managed to escape and, with the assistance of Leo Bone created a credible Royal France (in exile) which include the north-western part of Ludwig XVI's Kingdom.

Royal France used a combination of the white royal banner and the blue armorial one - the use of which were standardised in exiled Royal France after the Revolution.

Revolutionary France's “Bloody Flag” was based on the one raised over the Bastille by L'Épurateur, the royal banner upside down and dipped in blood. The standardised flag was a plain red banner, sometimes with a black inverted fleur-de-lys and a slogan. 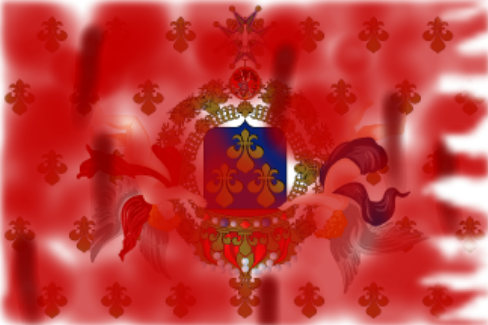 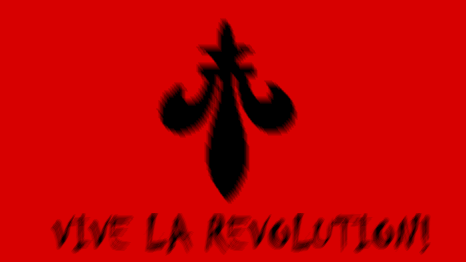 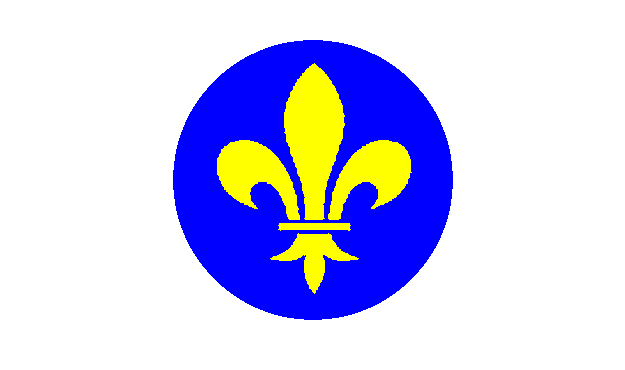 Inspired by the flag of Paris (like the OTL French tricolour) the flag of the French Grand-Parlement (The “Drapeau parlementaire”) incorporates the colours of its three parties, with the King represented by a gold fleur-de-lys. This flag was also later used as a naval ensign. 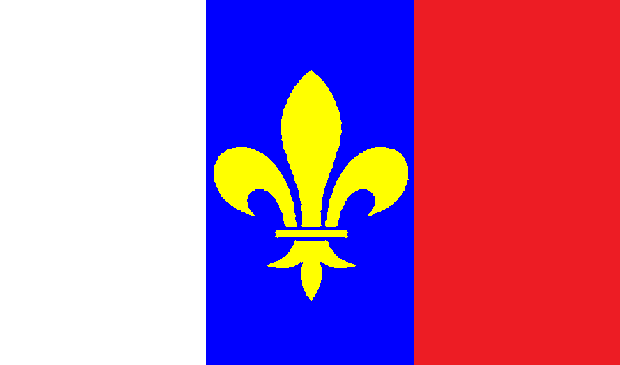 Influenced by the parliamentary flag, in 1827 a red border was added to the national flag so that the colours of all three political groups were represented. This was also considered by some to symbolise France healing the wounds of the Jacobin Wars and coming to terms with its Jacobin period. 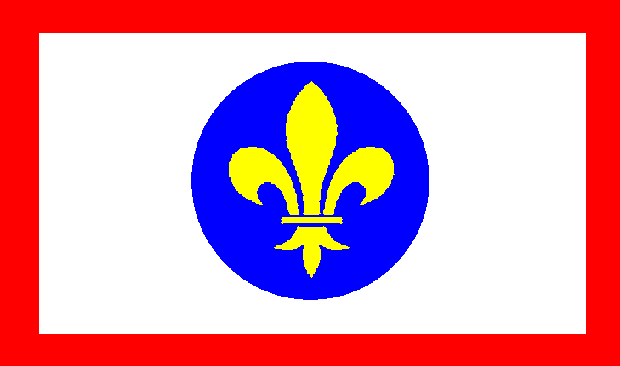 Like Britain, France has an East India Company (called La Compagnie française des Indes orientales) which has done considerably better than OTL in India, partly due to not giving up Madras after the Second War of Supremacy and partly due to the absence of Robert Clive at Wandiwash. The FEIC supported Mysore for a long time before being stabbed in the back by the Tippoo Sultan, who favoured the Republican French - the FEIC remained loyal to Louis XVII. After this, the FEIC and BEIC reached a temporary rapproachment, with spheres of influence being agreed, and the BEIC assisted the FEIC in overthrowing Tippoo Sultan.

The FEIC's motto is Florebo quocumque ferar, meaning 'I shall flower wherever I am planted', as seen on its coat of arms: 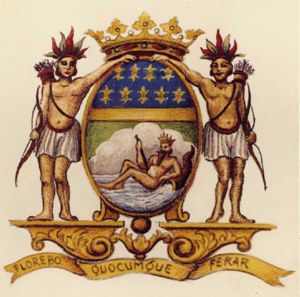 In 1816 the longstanding colony of Louisiana was upgraded to a Grand Duchy, with responsibilities for all French New World colonies being devolved to the Grand Duke in Nouvelle-Orléans.

Louisiana's colonial flag is a variation on the “Drapeau Parlementaire” used as France's naval ensign, with “GDL” added for Grand-Duché de Louisiane: 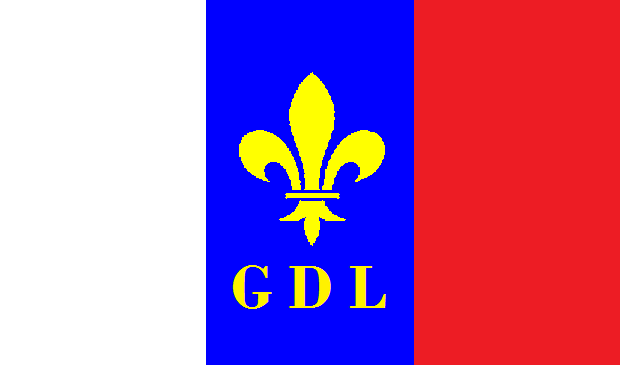