Look to the West : Flags of Jacobin Revolutionary Republics

In Look to the West, flags of this type were used as battle banners and eventually national flags by the Jacobin Republics set up by the French Revolution. A general running theme is that they take a symbol associated with the ancien régime and turn it upside down in a sign of rejection, and add a Revolutionary slogan (usually 'Hail the Revolution!' in various languages).

Because the symbolism started with the Bloody Flag, an upside-down white royal French flag literally stained with the blood of the Bastille's butchered royalist commander, the dyes tend to be deliberately spotted to suggest bloodstains. (However, the symbolism usually shifted to 'the blood of the marching people shed for the Revolution' rather than of their enemies). 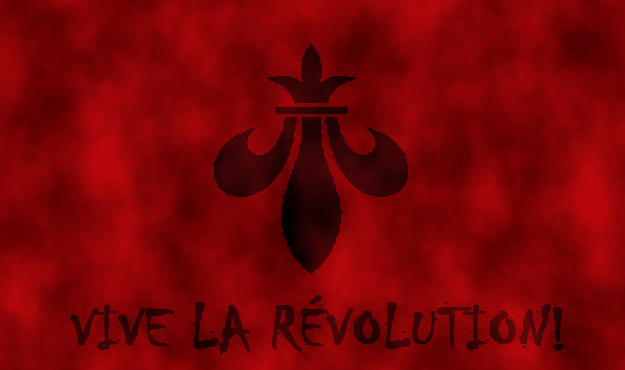 The first of these. A single fleur-de-lys inverted and a bloody-red field, with the slogan in French. 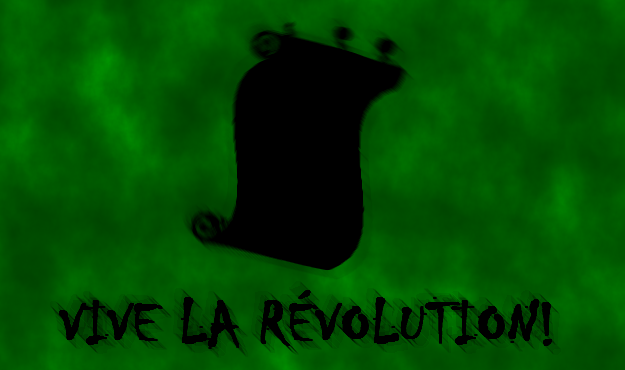 The only republic not drawn up specifically on Linnaean racial lines. Collapsed after Marat's assassination and partitioned between the French, Swabian and Italian republics. The symbol suggests the original Swiss confederal charter, now inverted as all its feudal prescriptions have been abolished. Green was chosen as the colour due to the fact that a lot of the Swiss on the other side were fighting under red flags and to avoid confusion. The slogan is in French due to policy that if any minority of French speakers lived in a given conquered territory, the whole lot were considered French-speaking. 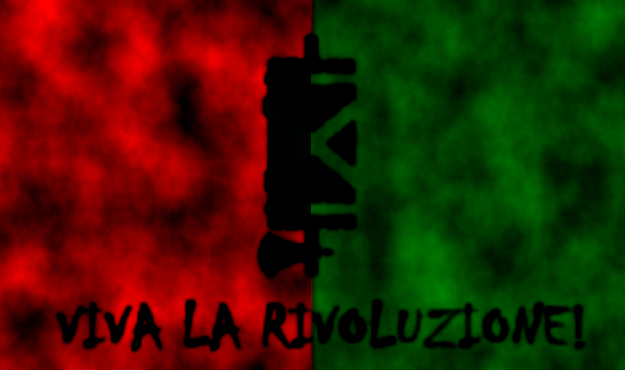 Personal fief of Lazare Hoche for a long time. The unique red-green bicolour reflects the fact that the Republic was set up by a French invasion of Piedmont that included troops from the new Swiss Republic. The fasces is inverted as a symbol of the ancien régime (ironically in OTL the fasces is usually regarded as a symbol of republicanism). The slogan is in Italian. 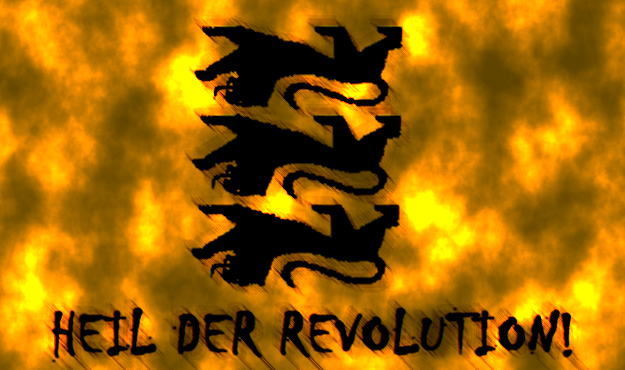 Set up by General Ney. Considered to be the most enlightened of the republics. The colours derive from that of the Holy Roman Empire, yellow/gold thus being 'German' as well as specifically Swabian from the old coat of arms. The three lions from the latter are inverted as the symbol. The slogan is in German.

(In reality, this never got beyond the United Society of Equals rebellion) 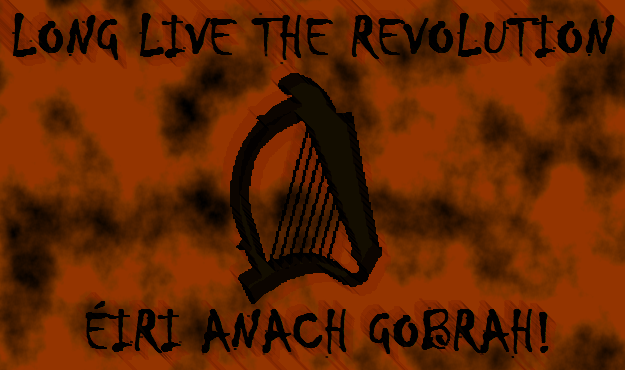 The harp is inverted as the symbol, the slogan is in both English and Gaelic, and the orange colour is indicative of the fact that, for all their claims of religious plurality or absence, a big majority of the USE's members were Protestants.

This nasty military regime was ruled by Fabien Lascelles. A violent French-supremacist, unlike Ney Lascelles did not use German language or colours on his notional state's flag. Rather than a unique Bavarian symbol, the Imperial eagle is inverted, reflecting the fact that Lascelles ruled the republic from Regensburg as though laying claim to the authority of the Reichstag. 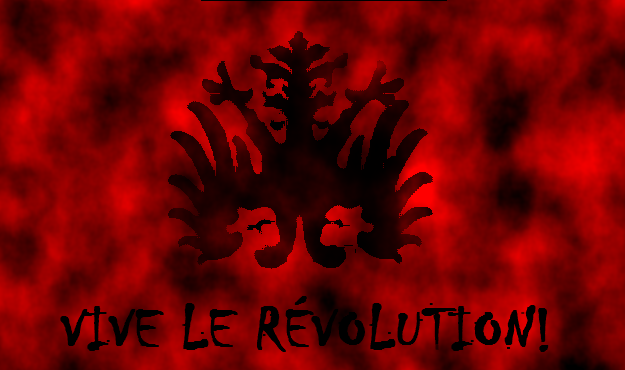 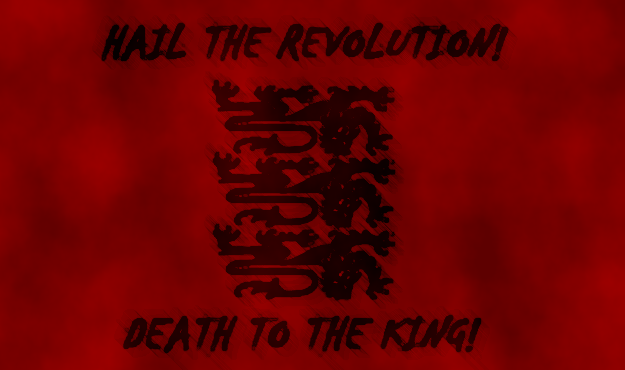 Flags of the World (Look to the West)

Maps of the World (Look to the West)

Infoboxes (Look to the West)

Artworks and illustrations (Look to the West)

Main Index of Look to the West Media

Look to the West