Just like the city and its inhabitants, the criminal underworld of Melza is vast, varied and multi-layered.

Here's a look at some of the criminals populating The City, from infamous scourges of public order to the lowliest and ultimately most harmless of crooks.

In terms of raw power, the various hierarchically organised criminal gangs of The City are the undisputed top dogs of its criminal underworld. Feared even by those segments of The Watch that they don't otherwise bribe or intimidate into submission, it's not worth it to get on the wrong side of these ruthless criminals. As a professional thief, don't even think about cutting deals with the mobs - their contempt and derision for freelancers, fellowships and especially guilds is legendary. Even if you try to make the best of it, they're only interest is to use you as an unwitting pawn and get rid of any competition in Melza's underworld. And thieves, all thieves not in the employ of mobs, are competition. There are quite a few mobs in Melza, but here are some of the biggest, including their leader profiles.

In the last few years, the “BB-s” had risen to power in much of Melza. With a brisk and relatively young leadership and a deep sense of interconnected loyalty from top to bottom, the Brotherhood has taken the criminal underworld by storm and dethroned or decimated many of the previous leading gangs. That these rival mobs were not happy about such developments would be an underestatement, to put it lightly… Beič and his faithful (which he keeps on a tight leash) care little for other's opinions, though. They are currently enjoying their position with healthy appetite, but aren't daft enough to bask in their success. On the contrary, they're one of the most paranoid people on the wrong side of the law you'll ever meet within the borders of the city state. 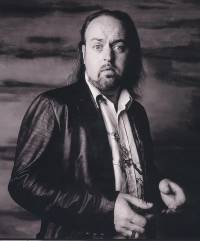 “The Razors”, also known under the euphemisms “Shavers” and “Barbers”, are a mob that's been around for decades, and rose from humble beginnings. They take their name from the common and favoured weapon they use for assassinations and by-the-corner murders. Known to be more familial and street-wise in tone than the Brotherhood or other mobs, the gang has been led since its inception by Vono Nefas, a scruffy and lowbrow, but highly intelligent and charismatic figure. The quick ascent of Beič's mob caught The Razor Gang by surprise. Ever since being demoted in influence and in opportunities to blackmail and rob, The Razors swore a quiet but viscious war on the Brotherhood and Beič himself. 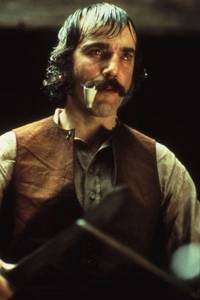 Species: Bigfolk
Sex: Male
Job: The long-lived leader of The Razor Gang.
Specialisations: Crime Boss, Shadowblade, Brigand
Birthplace/Homeland:
Biography: An old veteran of Melza's mob scene, and a natural enemy to Beič and his Brotherhood. Formerly a typical street urchin engaging in petty crime to make ends meet, Nefas was a bright young criminal mind. Already in his early teens, he played his cards carefully and attempted to unite other dispossessed homeless children under his banner, one child at a time. By the time he hit adulthood, he had forged a network of connections and footmen, men and women alike, throughout half of the entire city. A plain man in his worldviews, he nevertheless always had enough charisma, guts and knowledge of commoners to appeal to the disaffected homeless and poor of The City. This is why he has stayed firmly in power for so long: His carefully devised cult of personality (as “The Father”) twists his image among his followers into something akin to a folk hero, or a near-mythical trickster outwitting the city authorities. Nowadays, in his mid 40s, Nefas is not content with his gang fading back into obscurity. He is more than determined to keep his position and “whittle down Beič and the rest of the pretenders, man by man if I have to”. 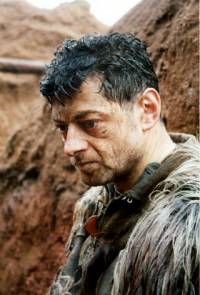 Species: Bigfolk
Sex: Male
Job: Pickpocket. Formerly tanner and wage labourer.
Specialisations: Cutpurse, Squealer, Guttersnipe
Birthplace/Homeland: The City
Biography: Something of a bumbling and luckless pickpocket, but he's a rather soft-hearted chap. As if it wasn't enough that he has a fair share of skin conditions like tetters and boils, and a reputation for being something of a slob, he worked until recently in one of the city's tanneries. His time there is probably what led to his loss of smell, given the horrific stenches so typical for those kinds of workshops and manufactories. Curiously, Kľus is obsessed with hygiene, but in the weirdest way possible - aside from “fire-water”, cheap wine and spirits, he refuses to drink anything else, because “…as everyone knows, water is the carrier of all illnesses !”. It's entirely possible that his opinion is linked to him having lived for much of his life not only a stone's throw away from his former employer, but near the worst section of the city's sewers (the so-called Cloaka ultima). As far as his lingering alcoholism is concerned, he'll always make sure to put his foot down if you try to serve him tea with rum with a different content level than 10 % tea and 90 % rum. Kľus is rather infamous for his claims that he tends to hear voices. His most outrageous claim is that his own liver speaks to him from time to time, tempting him to go hit the nearest inn, tavern or shanty. According to him, her appeals go something like “Oh, do come on, mate - we need to go for a walk, stiffen the sinews and all… And maybe even me…“ 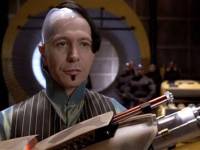 Overviews: NPCs of The City's Law Enforcement and Private Security

Overviews: Civilian NPCs of The City

Overviews: NPCs of the Aporuean Continent