Publicly declared by Field Marshal “Death or Glory!” Landshark in February 2009 as a public effort to stem the tide of teen idiocy in the ASB Forum. The Offensive consists of two major fronts:

Ridiculing the teen threads and shaming their posters. Led by Burton K Wheeler. 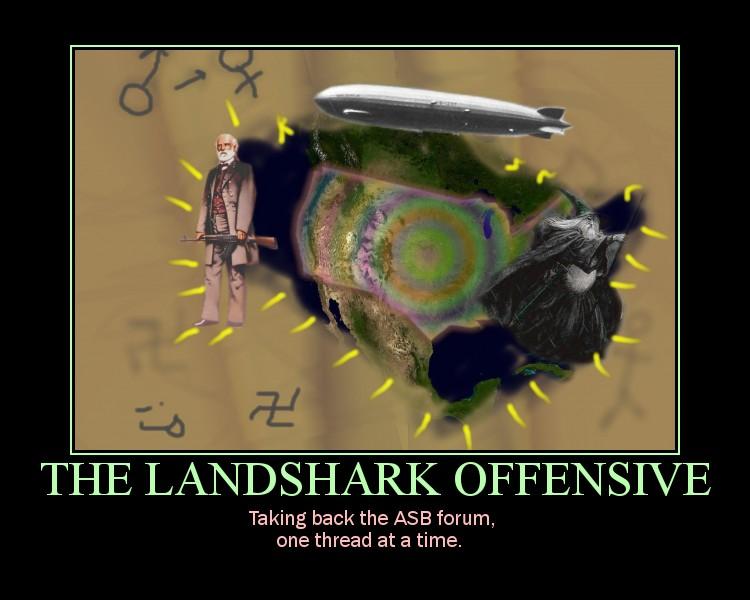 The ASB Forum is a Cesspool - One of the threads that motivated the creation of the Landshark Offensive.