An AH.com political party created by Krall on the 23rd of April, 2009, in this thread. The FFBFP was founded on the principle that people have the inherent right to be lied to by politicians. Since then Krall has left the party, and the party's new platform has not been decided on. On the 13th of July the party's Chairman, Ryder, dissolved the party, and fused it and all other members of the EGO Coalition into the The Egotistical Alliance of Liberty. The FFBFP had the following members when it was dissolved:

The FFBFP had various policies and platforms throughout its short life, mainly focusing on parodying fascism and government reform. Following the 7/7 reforms by Krall, the party had only non-serious policies, in contrast to and in protest of the other political parties, who are generally rather serious about their party platforms.

23rd of June coup and the Party's Reform

On the 22nd of June 2009 after a minor disagreement with Krall over treatment of another, Ryder put into action his long planned coup, hoping to win control of the FFBFP. Unfortunetly the support he expected did not materialise and the coup ended in failure. During an epic battle, in which Colonelgoth had assumed temporary charge of the party due to the absence of both Krall and TDS, Krall was forced to flee and took shelter in Solomaxwell6's castle. He was then quiet apart from announcing, on the 23rd of June, that TheDarkservant was to take temporary control of the party. Krall later produced a statement to the Party, which included a list of policies and opinions that the party was to hold in future. This list is now defunct, following the 7/7 Reforms, which are also defunct, following Krall's abandonment of the party.

The full text of this statement can be found here.

The FFBFP's symbol was a cross consisting of four question marks which bears absolutely no resemblance to the symbol of the Nazi Party. It is known as the questionmastika. The symbol was designed by Krall, as were all official party flags and banners. 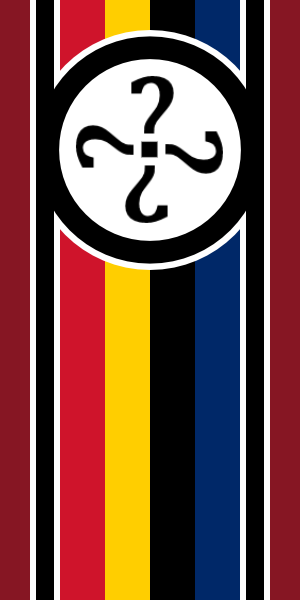 A vertical banner including the FFBFP symbol. 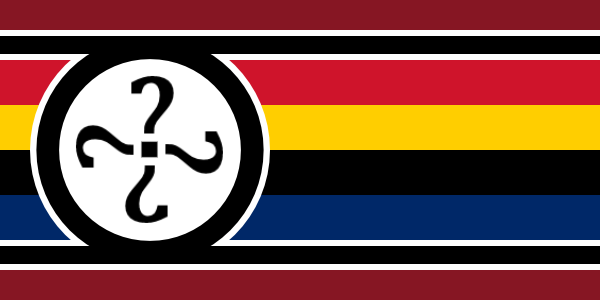 A flag including the FFBFP symbol.