Within the Nation Games community of Shared Worlds, the user “Divine Intervention” has achieved a legendary status befitting his name. Hailed by some veterans of the NG community as the “second coming of Red1”, this user's most notable actions include the in-game partition of Poland-Lithuania in record time, the demise of a (fictional) noble house, and his apparent believe in his own divine right to rule.

Sadly his affinity for certain elicit media led to an argument in which unfounded accusations of racism were made. Divine Intervention was kicked for this initial offense, however said user then attempted to circumvent mod action by accessing the site via a secondary (or “sockpuppet”) account. His cunning plot was discovered by the mods, and his persecution severe. 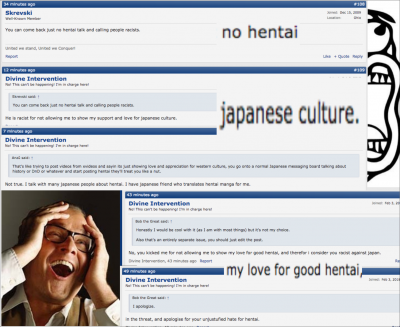