An AH.com visual meme of sorts, based on the “Reichtangle” character and other rectangular characters from the Polandball meme phenomennon.

The CalTangle is posted by CalBear only, and is posted when he takes up his mod duties and bans a board member for ill conduct. The meme is commonly posted along with CalBear's banning catchphrase (“We divorce you, to Coventry with you !”) and has been used in such a way since ca late summer 2014. 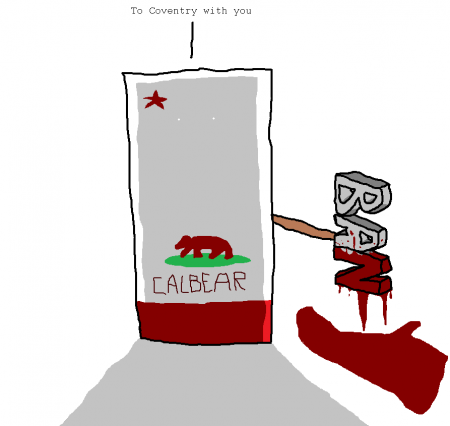