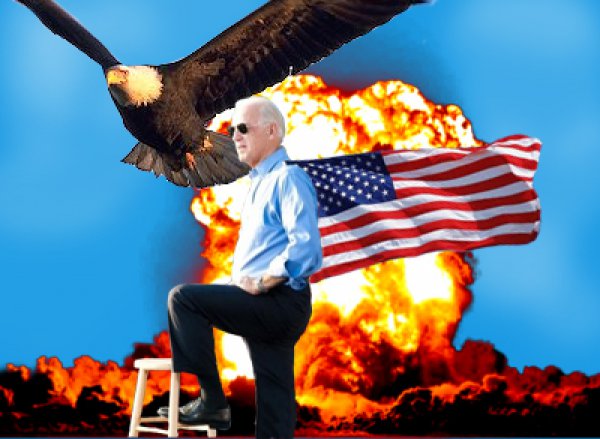 Now that we got the “Murica” out of our system.

The main governing document of the United States is the U.S. Constitution, fully ratified in 1789 with the inauguration of George Washington. The previous governing document was that of the failed Articles of Confederation, existing from 1777 to 1789. The constitution gives us that of a federal republic, with some democratic tendencies, and is divided up into three separate branches: Legislative, Executive, and Judicial. With all three supposed to keep the others in check of overstepping their constitutional authority, known as “checks and balances”. The Constitution can be amended in order to roll with the times, likely explaining its continued longevity. So far we have had 27 amendments with the first 10 being the Bill of Rights. Comprising the country are a total of 50 states, the District of Columbia (Washington D.C.), the overseas territories (Puerto Rico, Guam, the Virgin Islands, etc).

The legislative branch made up of two houses that compose the Congress; the Senate and the House of Representatives. Both houses have a grand total of 535 members combined, not including six non-voting delegates. Since the 17th Amendment both chambers have been directly elected, previously Senators were chosen by state legislators. All states have representation in the two bodies with membership in the House being based off population and for the Senate every state gets two senators regardless of population.

The House of Representatives The Houses is the one closest to the people as they are directly elected by their constituents, have two year terms, have the most members, and have the most representatives of the two bodies. As a result it is usually seen as the more junior of the two chambers and officially is the lower chamber. Total membership is 435 members and has remained fixed at the level since 1911, primarily due to spacing issues in the Capitol building. Specific powers to the House include controlling legislation relating to raising revenue and budgets, can impeach the President, and will decide the President in the event of no presidential candidate winning the electoral required majority. The only constitutional office for the House is the Speaker, who is picked by the majority party. Other House offices now include the Majority leader, Majority whip, Minority leader, and Minority whip.

The Senate The Senate is the Upper House of the Congress and usually seen as the more premier of the two chambers. Total membership is 100 with two Senators from each state. The Senate's specific powers are that it can ratify treaties with foreign powers, declare war, confirm federal employees (Supreme Court judges, Cabinet Sectaries, etc), and if a President is impeached by the House can hold a trial to decide if the President should be removed. Offices in the Senate include the President Pro tempore (oldest member of the majority party), Majority leader, Majority whip, Minority leader, and Minority whip.

President: Most power of this branch is vested and delegated in the office of the Presidency. Despite having less powers specifically given by the Constitution in contrast to Congress, the office's responsibilities have grown over the years and very much at the expense of Congress. The official powers of the Presidency being Commander-in-chief of the U.S. military, can nominate Cabinet Secretaries, can nominate Supreme Court Justices, can nominate Federal judges, issue pardons, negotiates treaties with foreign governments (which have to be passed by the Senate), can veto or pass laws presented by Congress, issuing Executive orders, and is in charge of carrying out the laws passed by Congress. In addition to these are the informal powers of the Presidency such as being able to set the national legislative agenda for the year or also known as “the bully pulpit” and initiating foreign policy such as Executive Agreements with other nations.

Vice-President In contrast, the Vice-President is a rather powerless position for the most part. It's official responsibilities being to takeover for President in the event of being incapacitated for whatever reason and break tied votes in the Senate. The Vice-President is allowed to preside and take part in sessions of the Senate but this is rarely acted with that usually being designated to the current President Pro tempore. Has increased in importance since World War 2 as a clear line of succession was needed in the modern age in the event of a President dying. How much of a role the Veep does play in the administration largely depends on how much the President allows.

The unofficial responsibilities of the Vice-President usually include being the President's spokesperson/representative for issues and events that for whatever reason the President can't do.

Members in Line To Make the Next Thread: Usili, Biden&Ceaser'12, Colonel Levnekov, Constantinople

The big two everyone cares about and the smaller ones trying to be relevant.

The Democratic Party: The oldest American political party, with its immediate predecessor being the Democratic-Republican Party (known as the Republicans in their day) and the main liberal party of the country. Was something of a conservative populist party for most of the 19th century but began to make shifts to a more liberal stance in the early 20th century under Woodrow Wilson and Franklin Roosevelt. Shed most of its southern wing starting in the 60s with its support of civil rights which was picked up on by the Republicans. Has moved to the center since the late 70s, mostly solidified by the Bill Clinton presidency during the 90s. Support generally comes from the Northeast, industrial Midwest, and West Coast. Remarkably went from the party of Jim Crow and the Confederacy to nominating America's first black President. They get the color blue and are represented by a donkey.

The Republican Party: aka “the GOP/Grand Old Party” and the main conservative party of the country. Arose in the pre-Civil War years as a party in opposition to the institution of slavery and its expansion. Has almost always been the party of fiscal conservatism and since the 70s/80s has been also defined by Religious Right influenced social conservatism. In the mid-twentieth century they began to switch regional support with the Democrats, taking over the then-traditionally Democratic South while the Democrats overtook old Republican strongholds in the North. The Tea Party has recently arisen as a faction in the party and has been gradually pulling the party further right. Currently holds both houses of Congress, as well as the presidency with Donald Trump. They get the color red and their animal is the elephant.

There are really only three currently worth noting.

Libertarian Party: aka “Republicans who want to smoke weed”. The third largest party in terms of registered membership and elected offices (mostly municipal). The most notable thing about them in the past few decades has been (His Holiness) Ron Paul ran as their presidential candidate in 1988 and former Governor of New Mexico, Gary Johnson, ran as their presidential candidate in 2012 and 2016. They are best described as classical liberal and their color is gold.

Green Party aka “Unwashed Hippies”. Behind the Libertarians in terms of registered membership and offices held. Not as successful like their European counterparts in effecting national policy. As one could assume it supports better environmental policy in addition to other generally left-wing positions. The most notable thing about them was their presidential candidate, Ralph Nader, in the 2000 election performing very well by their standards. Tend to dabble in scientific woo and conspiracy theories (most notably by nominating a 9/11 truther in 2008). No points for guessing what color represents them.

Constitution Party: aka the “We support the Bible over the…” Put the paleo in paleoconservative and try to claim red, white, and blue as their official party colors. One of the only notable things about them is that their California affiliate was (until 2016) the last remaining rump of George Wallace's American Independent Party.

Some notable former major political parties from America's past.

The Federalist Party: The country's first political party. Originating from the pro-Constitution factions in the early years of the country and formed during the Washington Administration, under his Treasury secretary Alexander Hamilton. Washington is sometimes considered a Federalist even though he rejected any affiliation with factions or parties. Favored a strong central government at the expense of the state governments, a national bank, and generally pro-British views during the Revolutionary/Napoleonic Wars. It was largely undone by its support of the Alien and Sedition Act, the rise of the more pro-democratic Jeffersonian Republicans, and the death of its leader Alexander Hamilton in a duel.

The Democratic-Republicans: Officially known as the Republicans in their day but have been anachronistically called the Democratic-Republicans as both parties nowadays can trace their lineage back to this party (Democrats more so than Republicans). Was a farmer/plantation-based party and drew its support primarily from the southern and mid-Atlantic states, but as the Federalists collapsed it made headway into previous Federalist strongholds in New England. Eventually this allowed the Republicans to be the only political party in the country for a short time, culminating in the 1820 election where President James Monroe faced no opposition candidate. The party collapsed in the following election as it was split between four different candidates.

The Whig Party: Born primarily out of opposition to Andrew Jackson in the 1830s, the Whig Party modeled itself after the British Whig Party, which opposed Monarchical abuse. While more of a coalition of northern elites and southern plantation owners than a coherent national party, Whigs did, by and large, support some general principles such as money for internal improvements in the western territories, a strong Congress and weak Presidency, and protective tariffs. Still, the party was such a diverse coalition of disparate interests that the only two Whigs to win the Presidency (William Henry Harrison and Zachary Taylor) were nationally-renowned military officers with few political convictions who won on popularity rather than policy. In addition, they had an unfortunate habit of dying and getting replaced by less than stellar Veeps; this is exemplified by Whig Vice-President John Tyler, who, upon ascending to the Presidency after Harrison's death, disagreed with just about everything the Congressional Whigs proposed, having only joined the party because of a personal dispute with Andrew Jackson. This made the Whigs the opposition party for most of its existence throughout the pre-Civil War era. The most famous Whig is probably “The Great Compromiser” and frequent Presidential candidate, Henry Clay. The Whig Party was eventually undone by its inability to take a coherent stance on the growing issue of slavery, eventually leading most Northern Whigs to join the new Republican Party and most Southern Whigs to join the Democrats or the short-lived Constitutional Union party. Nowadays the Modern Whig Party, a (very) minor third party, have styled themselves as the successors to the old Whigs.

*Expelled from the Whig Party during his Presidency.

US Presidential Election (or Who Are You Voting For)

The Official American Elections & Politics Discussion Thread I: Return of the Clinton - Abhakhazia

The lack of a movie parody and poster led to the creation of The General American Politics Thread Part XI: Mean Democrats - created on October 20th by Reagent. Quick civil war erupted before the mods merged the threads and Constantinople declared victory.

The Politiyanks (for a rough list of forum members who express interest in and discuss American politics).