The 2008 Parliament was responsible for some of the most significant pieces of legislation yet from His Administratorness' Government, radically altering the system of government by creating both the Landsraad of AH.com and the Imperial Bank of AH.com. This Parliament has also been one of the most troubled, suffering from two coup attempts, the resignation of four Prime Ministers, the Crisis of 2008, a failed Constitutional Convention, and nearly being relegated to Shared Worlds by Ian.

The first Landsraad of AH.com was elected on March 23, 2009 and first convened on April 14, 2009. Due to a misunderstanding of the legislation surrounding the Landsraad, Special Election Leader for the Landsraad Pkmatrix was forced to withdraw the results initially released on March 24. Following a recount with the votes weighted correctly, new results were issued on March 27. The Federalist Federation of Federalists filled 7 seats (2 British, 2 American, 2 German, and 1 Chinese), the Evil Party filled 1 seat (1 International), and the Yorkshire Socialist Party filled 2 seats (1 American and 1 British). 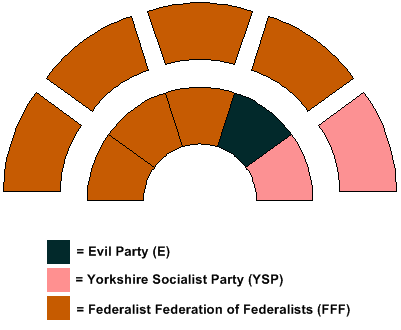 Committee for the Preparation of a New Landsraad Act

Parties in the Lower House 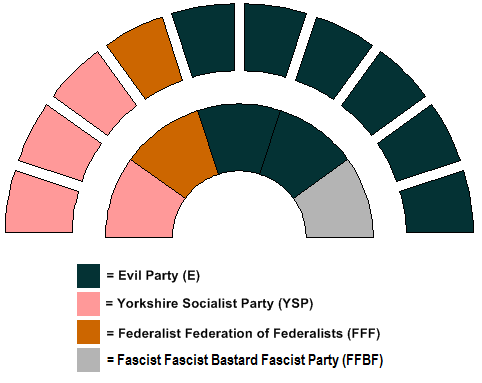