With The Crescent Above Us

With The Crescent Above Us 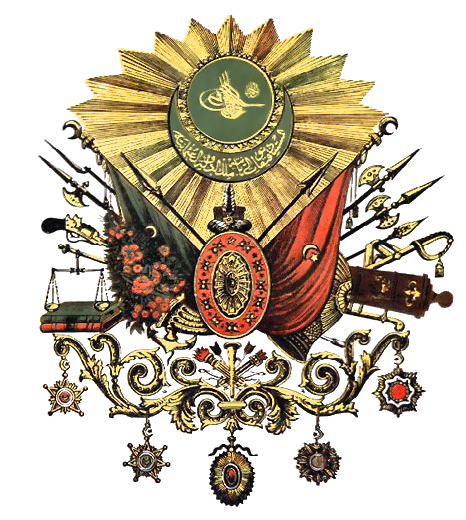 An Alternate History of the Ottoman Empire

It had been a long day already for Hassan. He had been released from prison during the morning by a particularly negligent jail master. His only concern upon leaving was vengeance. He had already been across the Sea of Marmara and back trying to find the man he considered responsible for the ruin of his life, as well as the murder of his friend and political patron. Walking up the narrow streets and alleyways of Kostantiniyye, he double checked that the revolver he had brought with him to avenge both himself and his dear friend was properly loaded. After all that he had been through today, he was not going to let something as inconsequential as a jammed gun stop him.

After a number of minutes walking through a maze of streets characteristic of the city, he had come across a fairly large house, which belonged to Midhat Pasha, where he had learned there was a meeting of various high-ranking politicians and ministers. “Good”, Hassan thought to himself. “Maybe I can get more than one of those bastards”. The doorman was a rather jovial African whose small frame suggested that perhaps just a little bit unsuited for the job of guarding the house. He had let Hassan through though he had informed him that Midhat himself was unavailable at the moment, as he was hosting a meeting upstairs. He had done this knowing that Hassan was a prominent courtier, though if he had known that he had been out of prison earlier that day for disobeying an order of Midhat himself, perhaps he would have not let him through so easily. The courtyard of the house was filled with an throng of army officers drinking tea and smoking an unhealthy amount of cigarettes. Seeing a few officers that he knew personally, Hassan decided to pass some time waiting for the meeting to finish.

The conversation between the officers veered wildly throughout the night. A particularly heated exchange was had on the matter of the recent murder of the deposed Sultan Abdul-Aziz between an officer named Ahmet, and one whose name was unknown to Hassan.

“Abdul-Aziz was a fool. He wasted massive amounts of money on his damned palaces and the good for nothing fleet while letting the Christians run wild in Rumelia”. Hearing his late friend and patron being insulted was already beginning to make Hassan’s blood boil, but before he could say anything, the other officer had retorted Ahmet.

“The rebellions were really out of his control. Do you blame him for the famine too? And at any rate, Abdul-Aziz has not forgotten the army. Who do you think was responsible for all the new weapons we got? And as for that ‘suicide’, I bet there were other people behind it”

“And tell me, what reason would anyone have for killing him? He was already out of the way, and from what I have heard was resigned to a quiet life”

The conversation continued like this for some time, though later verging toward lighter topics, but despite the sometimes friendly conversation, it did not take away from Hassan’s single-minded determination to complete his mission of revenge. Around midnight, during a heated argument over the usefulness, or lack thereof of the Bazibazhouks in suppressing rebellious villages, Hassan took advantage of the disturbance to make his way upstairs. The upper house was largely empty, and he went room to room looking for the meeting. After some time spent searching, he managed to find his way to the meeting room of Midhat, but it was guarded by a man he was mildly familiar with, by the name of Selim. Hassan pleaded with him “My friend, I depart for Baghdad in the morning and I have a matter of the greatest importance to discuss with Minister Hussein”

“The man you seek is indisposed right now beyefendi, I’m afraid that no matter how urgent the matter is, it will have to wait until the meeting is over”,

“The meeting may not be over until the morning and I will have already departed, will you please ask him to step outside for a few minutes?”

However, Selim was insistent that the Minister of War could not be separated from the meeting for even a second, and the increasingly desperate pestering of Hassan was becoming increasingly annoying.

After a minute or so of continual pleading, Selim bellowed “He will not come to see you before the meeting is done you donkey’s son!”

Hassan, now that his revenge plan had been thrown into jeopardy, decided to try his luck quietly overpowering Selim. However, Selim seemed to be more than capable of holding his own, and the two were soon embroiled in a noisy struggle that attracted the attention of some of the officers in the courtyard. Hassan could see the men coming, with their pistols drawn, so he reached for his own. He managed to fire just once before it was ripped from his hands, but all he had achieved was shooting Selim in the arm. Hassan was certain that he was going back to prison, and this time, he would not be paroled after a day. The moment he finally saw his quarry, was when Hussein Avni and Midhat Pasha had stepped out of the room to enquire about the noise outside. Hassan screamed in fury that he had come so close and not managed to avenge himself and his dear, departed Sultan Abdul-Aziz.

Midhat and Hussein looked rather puzzled at the sight around them. Selim had been shot, but was already being seen to by one of the guards. Hassan, whom Midhat had assumed was still in prison, was struggling in vain against the five officers holding him down. After Hussain had come to realize that an assassination attempt against someone attending the meeting had just been foiled, he ordered Hassan to be sent back to jail “never to come out”. Although both Midhat Pasha and Hussain Avni were shaken, they were alive and unharmed. Hussain Avni chortled “Whatever that maniacs intention, I'm sure that was a rather lucky escape”, feeling rather exuberant that he had just avoided death. However, even he could not have known just how much the foiled assassination would change the course of history.


Well, this is my humble attempt at writing up a TL based around Pasha's idea for a POD around the Russo-Turkish war, which he has unfortunately abandoned, for now at least. My objective is to try and write as honest of a possible universe as I can without getting too generous toward the Ottomans. The TL itself will be a mixture of narrative, as well as ATL books and other sources. Comments, suggestions or criticisms are all always welcome.
Last edited: Mar 3, 2013

I have a lack of knowledge of the Ottomans. Is this set during the 1800s?

I like so far, despite my lack of knowledge.

Tongera said:
I have a lack of knowledge of the Ottomans. Is this set during the 1800s?

Akh. That reminds me of the one glaring omission. I'll correct it now.

Nassirisimo said:
Akh. That reminds me of the one glaring omission. I'll correct it now.
Click to expand...

Now it is easier to understand.

As Vizer of the AH Ottoman Empire I do bless this TL. Go forth in the name of the House of Osman!!

So what's the PoD?

Grouchio said:
So what's the PoD?
Click to expand...

Well, in our world, Selim the doorman decided it was ok to slack off and leave his post, which allowed Circassian Hassan to get in the room and go on a shooting spree that left Hussain Avni Pasha dead. In this timeline, he isn't killed, which gives the Ottomans a more effective war minister, and means that the reformist faction keeps one of their most prominent members, which will have big ramifications in the future.

Banned
As a pro-Ottoman author, I approve of this.

With a credible War Minister, Russo-Turkish War #12 is not going to end well for Mother Russia...a shame really, I really liked Alexander II, and I think this is going to break him in the long term.

Who knows? Butterflies might save Alexander II and then we get a reformed Russian Empire as well...

Banned
It's been a long time since we had a timeline focused on the Ottoman Empire. I am interested.

marcus_aurelius said:
Who knows? Butterflies might save Alexander II and then we get a reformed Russian Empire as well...

Well, do remember that poor Alex had people trying to shoot him or blow him up with surprising frequency. The fact that he will have lost a war will not make him any more popular. But don't worry, I'm not really planning on this to be a Russia-screw.

Oh, and a tiny present for you nice people....

Constantinople Aug. 31 –
In a sudden move, the Grand Vizier of the Turkish Empire, Mütercim Pasha
today announced the resignation of the current Sultan Murad V and his
replacement by his brother Prince Abdul-Hamid. Though officially the
resignation has been made of his own free will, there have been various
dispatches from government agencies in Turkey that have suggested a dis-
satisfaction with the Sultan’s rule on the part of certain reform politicians.

The rule of Murad has been a short one and it appears to be, alongside the
deposing of the previous Sultan Abdul-Hamid and the rebellions in the
Christian regions of the empire, another symptom of the instability the empire
is beset with.

The new Sultan Abdul-Hamid’s ambitions as of the moment remain unclear, but
his ascent to the throne is seen as a distinct victory for the reformist faction
of Midhat Pasha and Hussein Avni Pasha over rival factions within the Empire.

It is as of yet unknown what the composition of the cabinet formed by Abdul-
Hamid will be, or what policy changes are planned, but there is already wild
speculation amongst some quarters that this latest event signals a significant
change in the policies of the Turkish Empire.

The international reaction so far has largely consisted of appeals to the
Turkish Empire to maintain its truce with Servia, whom Turkey signed a truce
with less than a week ago, and to cease the violent actions undertaken by
the Turkish army against Christians in Herzegovina and Bulgaria.

Russia has proclaimed the deposition as a sign of the Turkish Empires “Rotten
Foundations”, and reiterated its calls for an international conference to settle
the “Eastern Question” once and for all.
Last edited: Mar 4, 2013

Banned
I'm not the biggest fan of the newspaper format but I give you props for not t using Corbis images for this update unlike the dozens of timelines in the board that overdo it. Nice job.

Well so much for Sultan Murad, even in this TL he gets shafted.

Bravo, bravo! Please alert us in the other place when you update.

Great start! I'm interested in reading this timeline, as I really don't know anything about the Ottomans.