had the fun ole' idea of "Hey, what if nondescript Central Powers victory led to a vague Warlord Era for all of Europe in some indeterminate point between 1920 and 1930?" 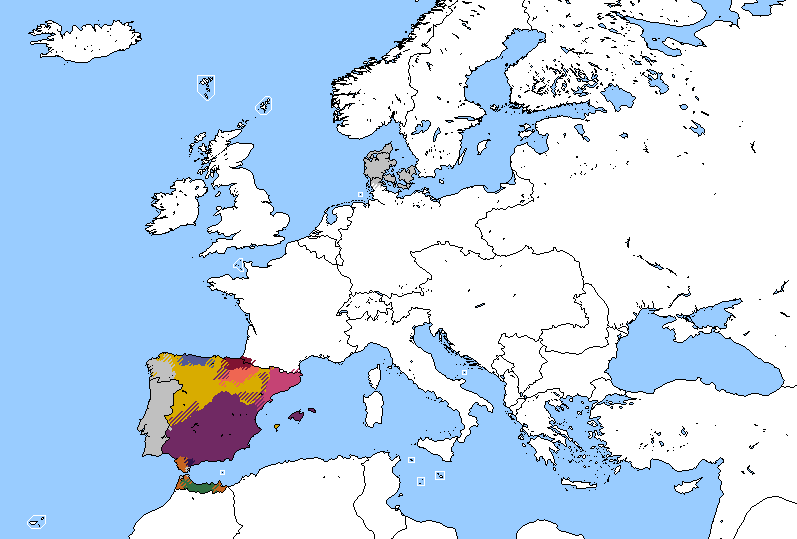 Still a work in progress, of course.

Bennett said:
had the fun ole' idea of "Hey, what if nondescript Central Powers victory led to a vague Warlord Era for all of Europe in some indeterminate point between 1920 and 1930?"
Still a work in progress, of course.
Click to expand...

Sounds like an interesting project! Looking forward to seeing how the rest of the map turns out.

Gian said:
A massive update after a month or so (hopefully I can finish this by Thanksgiving so that I can sell this for the Christmas season): 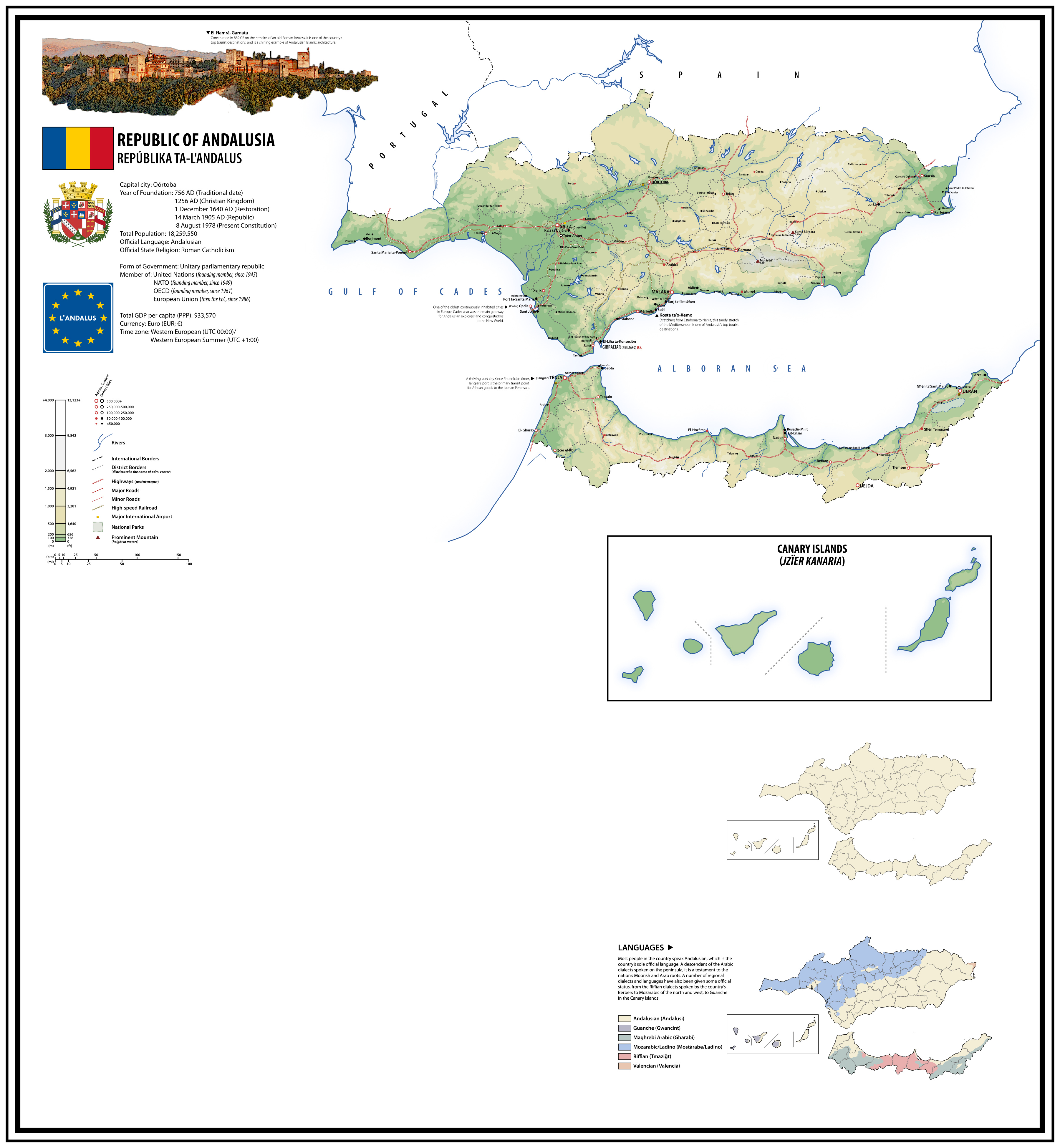 Milites said:
Anyone knowledgeable about Irish history in the 1520s-30s who can give me feedback on the cities and episcopal and archiepiscopal sees on the map below? Maybe @RossN ? 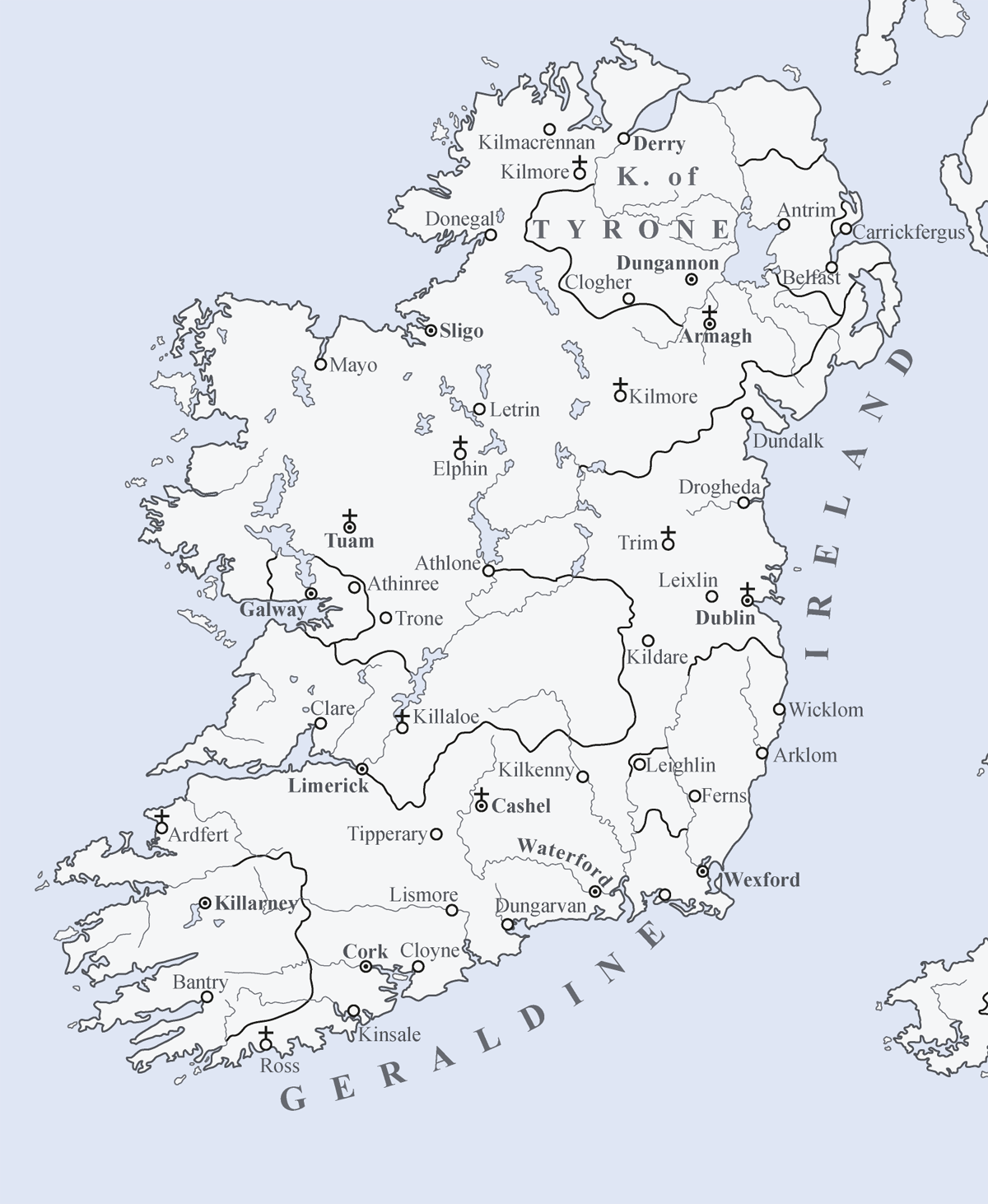 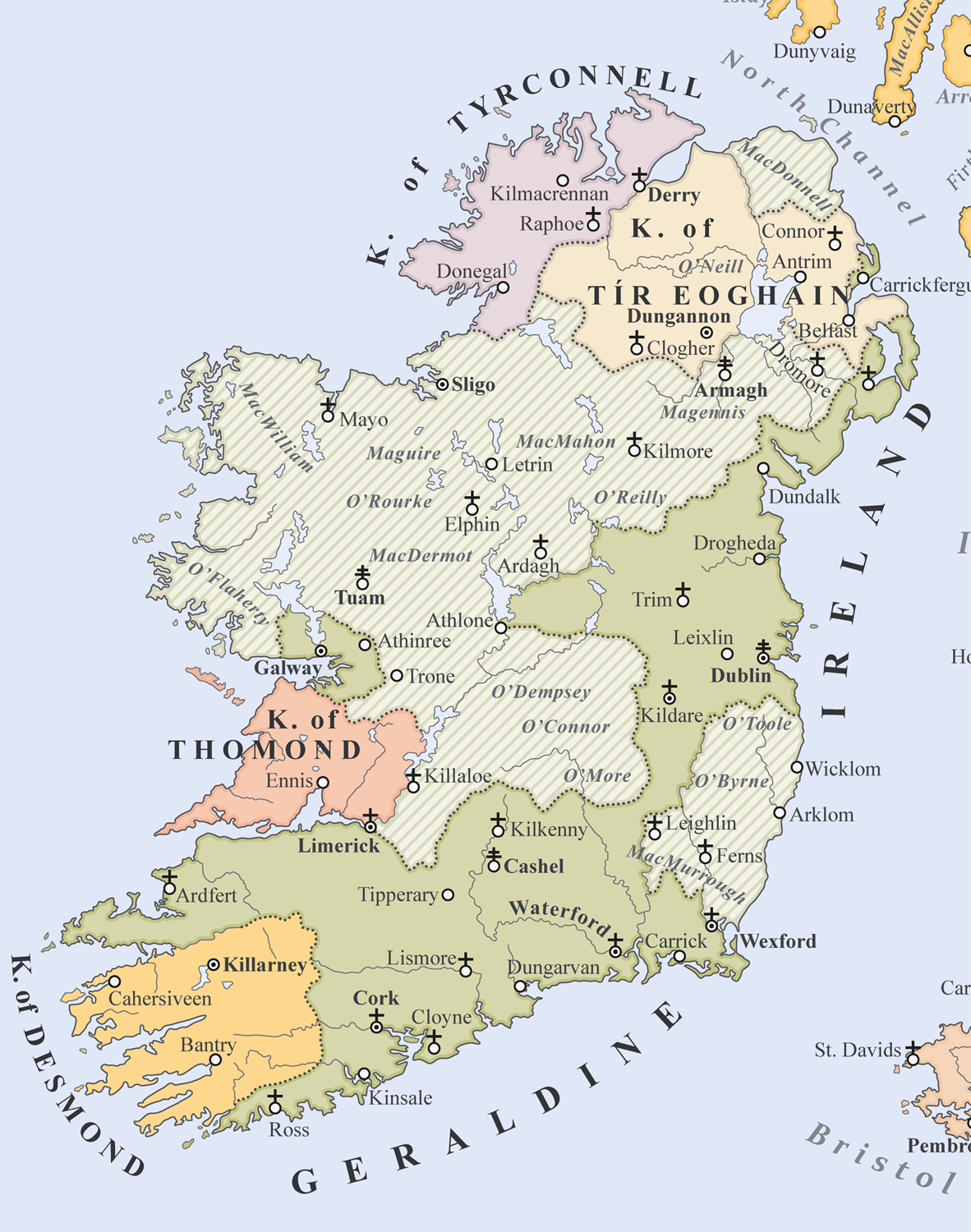 This is a proof of concept more than anything. 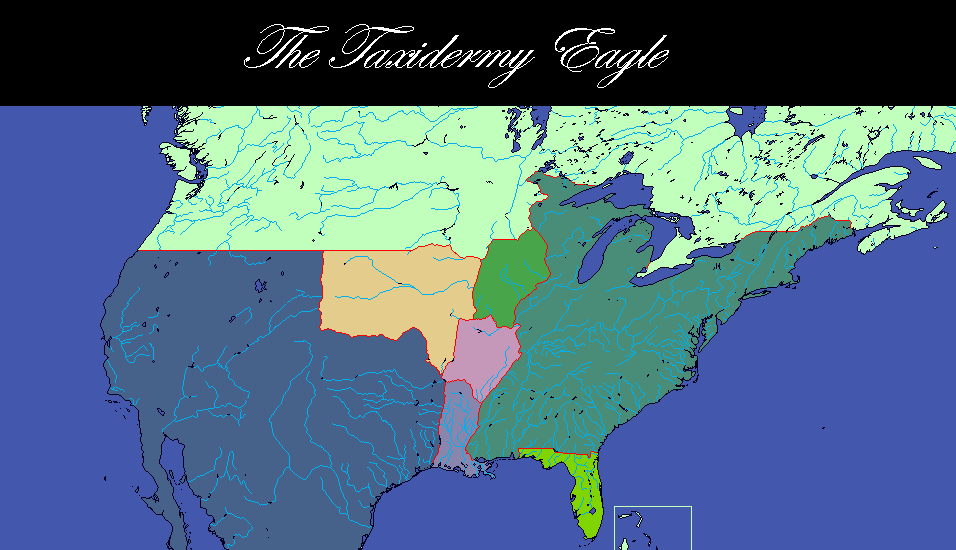 The title refers to what the U.S. is like in whatever story I may or(more than likely) may not write up, made to look all nice and proper to outsiders, but that's as far as the niceties go.
Last edited: Sep 17, 2020 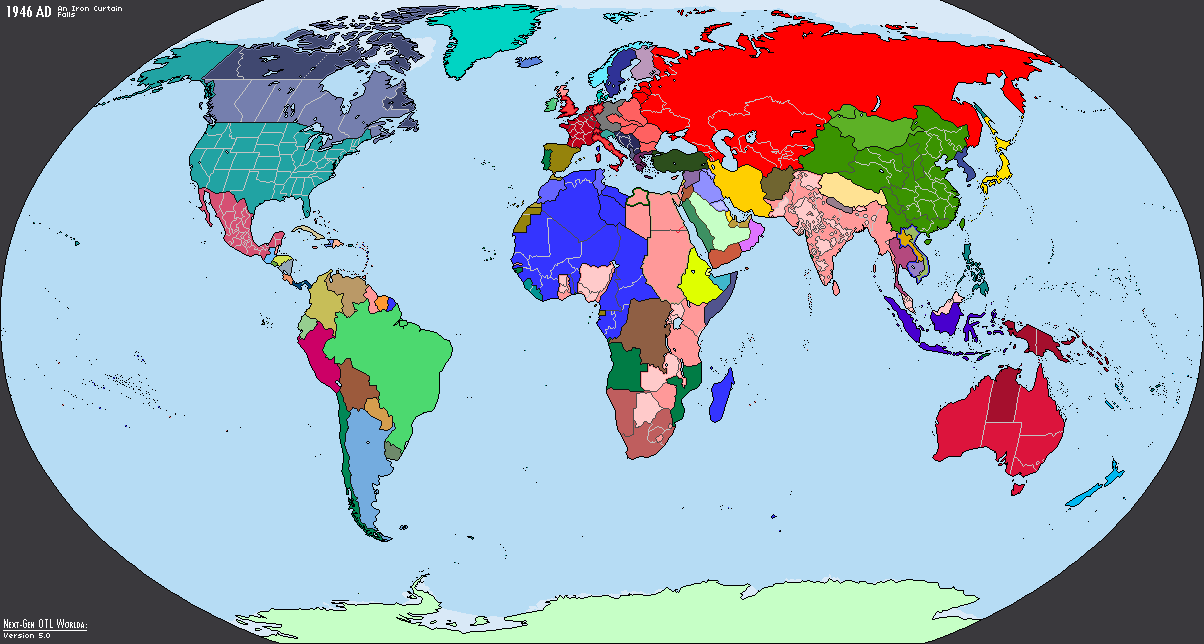 this is only loosely based on my most recent USA game, since I don't think that dropping like 50 nukes on germany and probably have ~5% of the world's population dead between the 3 major wars is very, well, good for a map (although I might make it close to 5%, probably only 90 million)

Basically, Italy and Greece in 1928 became puppetized by the gods of Classical Mythology, who led both nations on an ultranationalist path. With the Nazis rising in 1933, the three nations formed the Rome-Athens-Berlin Axis.

I'll be making two maps: One set in 1944 (the height of the war), and one set in 1968 (exactly 20 years after the war ended). Similar to the Nuremberg Trials, Italian, Greek, and Olympian (aka Classic Mythological) War criminals would end up being trialled for their war crimes. In this case, the Florence Trials. 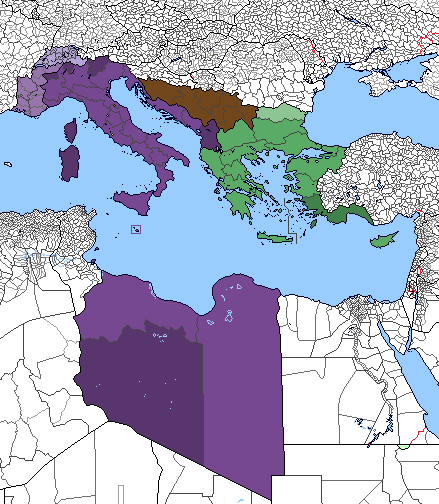 Things of note:
Greek-administered Anatolia is notably well-off compared to most occupied territories of Greece.
Switzerland is a client state of Germany and Italy, with Geneva split into a Swiss west and an Italian Provencal east. The French State exists, but is governed from Limoges instead of Vichy.
Yugoslavia is a kingdom led by Serbian fascists. Dalmatia, Herzegovina, and Montenegro are ceded to Italy, while Romania, Hungary, and Germany partition the north. Italianization is rapid in Dalmatia-Herzegovina, with over 300 thousand South Slavs displaced.
Italian and Greek Albania are moving in opposite directions. The Italians are inclined to assimilate Albanians as part of Italy, while the Hellenist Greeks want to plunder Albanian culture altogether.
The Bulgarians are suffering a genocide on par with OTL Poland. Macedonia and Northern Thrace are akin to the Reichsgau Warthenland, while northern Bulgaria is more or less the Greek version of the General Government. Sofía and northwestern Bulgaria are annexed by Yugoslavia (think of it as the Bialystok region after the Belarusian SSR annexed it).

Current version of my "Draco's New Order". ASB map. But there's a guilty pleasure in drawing warlords and puppet states.
Not all puppet states are colored in, but I have all Military Territories and Internal Colonies colored. Technical Subdivisions are not outlined in the case of the USSR and Pannonian Peoples' Union, but are all outlined and colored for the ERE and France. 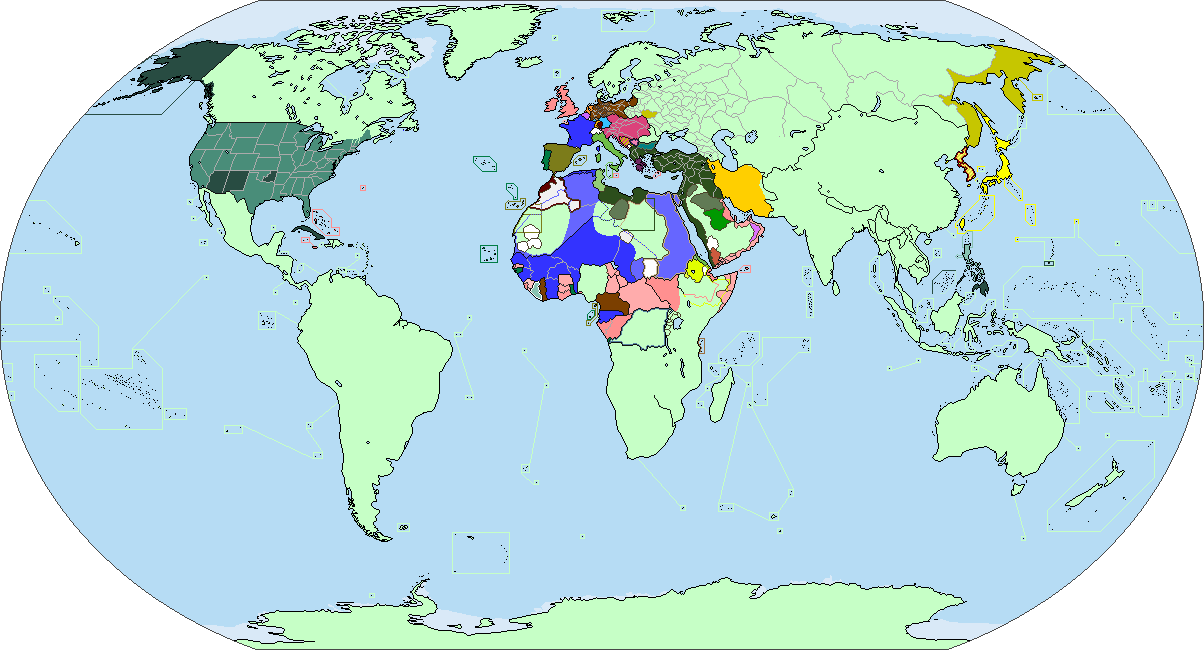 Working on a cover of the GURPS Infinite Worlds setting "Bismarck-3," which was featured in the last issue of Pyramid Magazine and imo is one of the more, I guess, restrained Infinite Worlds settings (as far as history goes, anyway; there's apparently a lot more Pulp Adventure potential in Africa and Asia than IOTL). Diverging with a North German defeat in the Austro-Prussian War, this world features (per the article) a substantially stronger Bonapartist France, a similarly un-humiliated Russia (no Russo-Japanese War ITTL), and Britain deciding to take Rhodes instead of Cyprus in 1878 as a consequence of the stronger French presence in Egypt even at the time.

The elements I've added to/extrapolated from the setting are the greater British interest in Central Africa, Napoleon III's Kingdom of the Arabs, a very non-Westphalian Korea begrudgingly shared by Russia and Japan, and a different Spanish-American War that ends with Cuba's and the Philippines' statuses switched from OTL.
Last edited: Friday at 1:29 AM

I was apprehensive about posting an update without anybody else replying first, but it's been a few days. 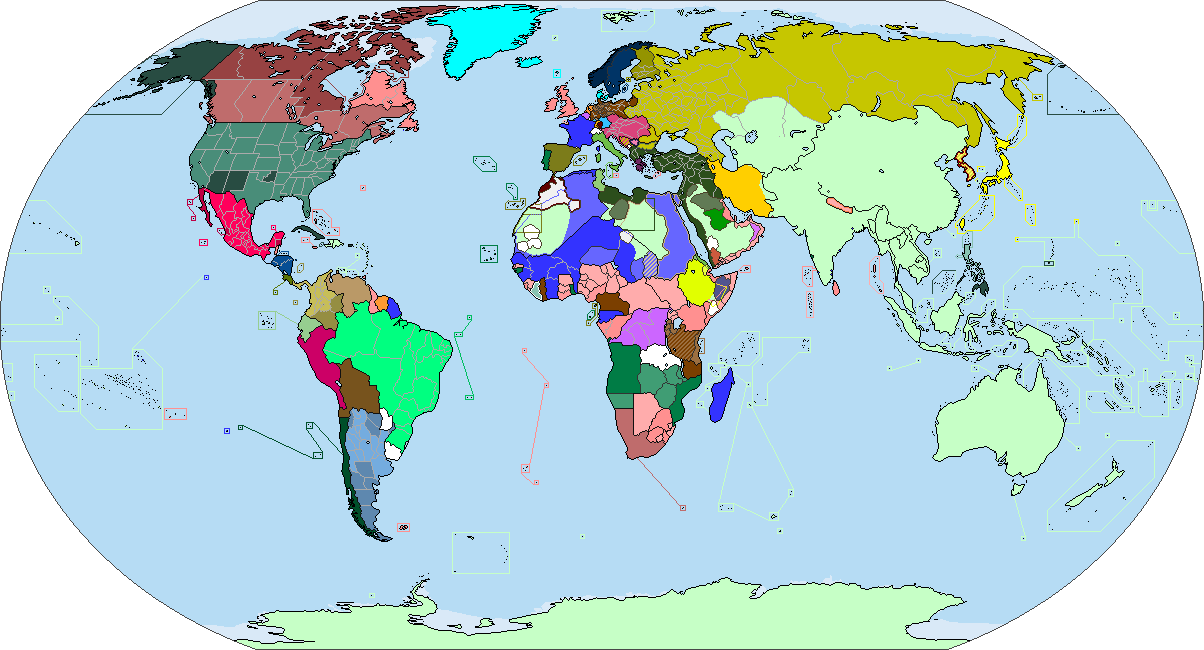 The massive Newfoundland is inspired by the 2016-2017 TL The Fallen Madonna with the Big Boobies, and Canada's alternate prairie provinces are based on an OTL plan by Sir Rodmond Roblin, Premier of Manitoba from 1900 to 1915. 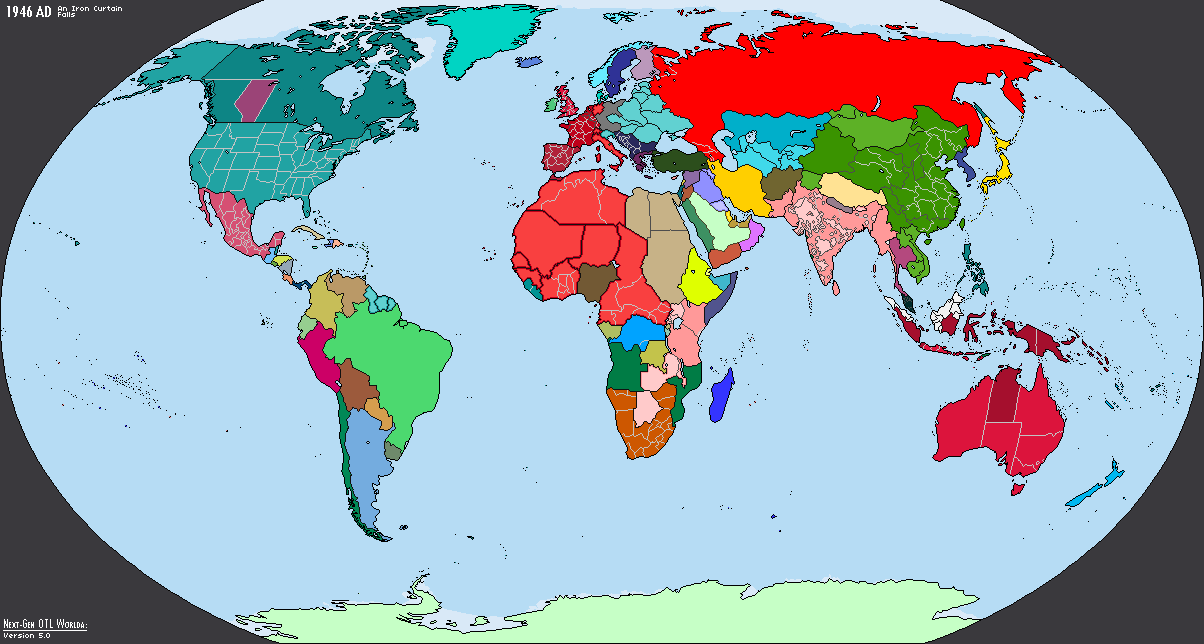 Im in the process of making a "New York State in Crusader Kings"-esque mod in my free time(I have no real goal here). As part of defining the boundaries of NYS I ended up making wasteland provinces for each state, resulting in this: 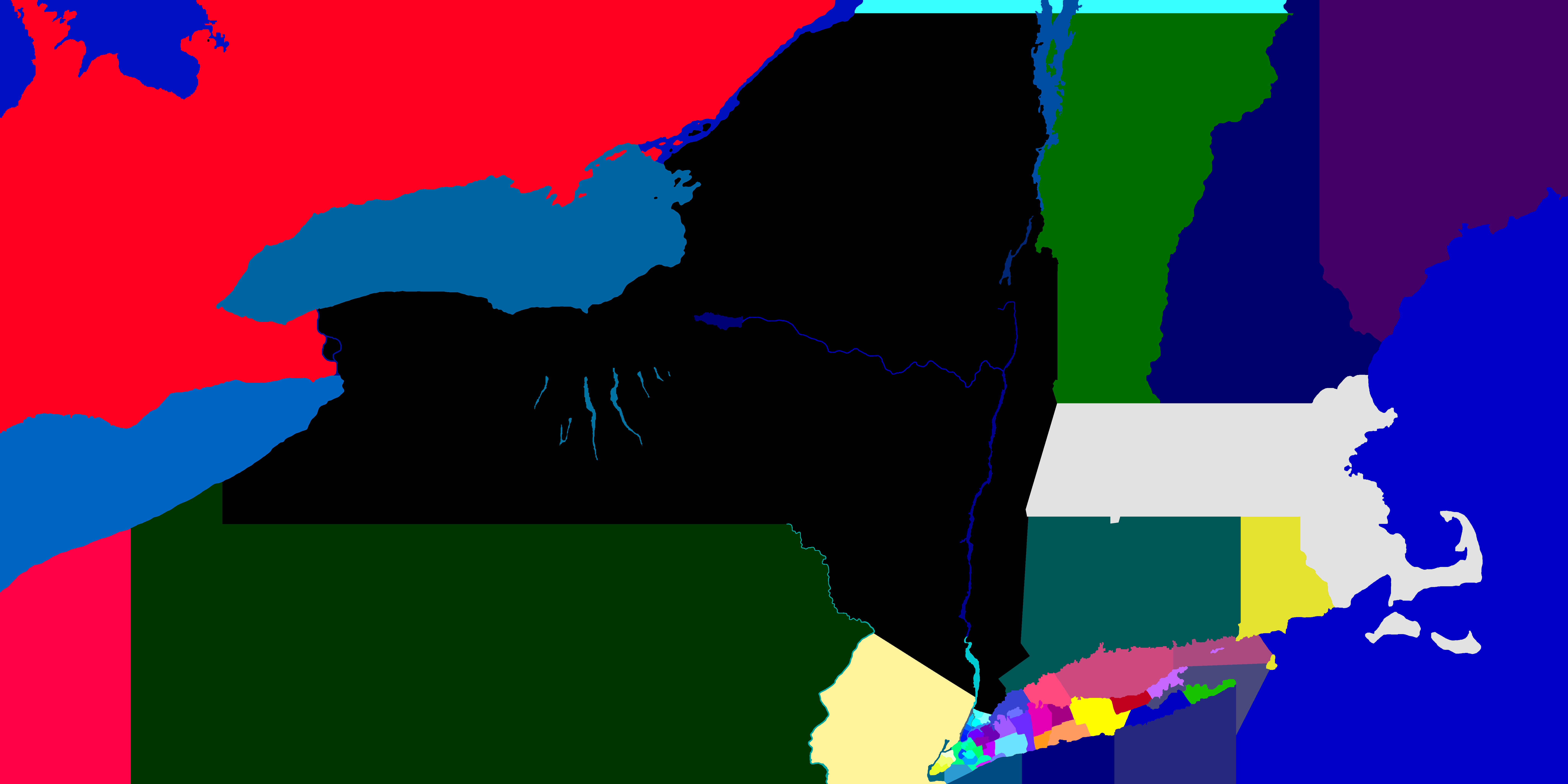 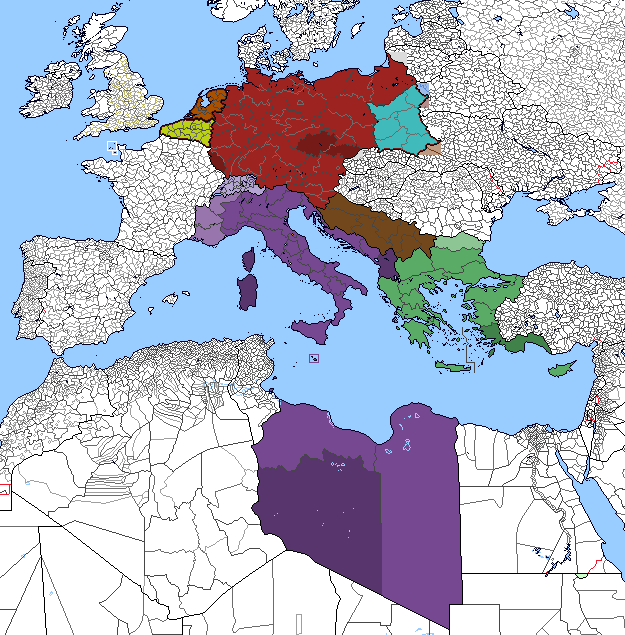 Notes:
The Nazis still are Nazis, make no mistake. A major difference however is that their tactics on Poland is more assimilatory than genocidal. As a result, a Polish autonomy that de facto functions as a puppet state exists. The capital is Lublin as both Warsaw/Warschau and Krakow/Krakau are too close to the border. Note that Wloclawek and Bialystok are part of Poland instead of Germany here.
Yes, Nancy/Nanzig is annexed to Germany proper. As a result, the French speaking area is reorganized as Gau Sudmoselland.
The Netherlands were seen as highly unreliable by Germany. Therefore its southern territories (Zeelandic Flanders and two thirds of Limburg) are added to Reichskommissariat Belgium and Calais-Lille, otherwise known as Belgium.
Croatia and Slavonia are still part of Yugoslavia, but any semblance of autonomy has been stripped away.

KolyenuKS said:
Bongo, Bongo, Bongo, something about the Congo (with a mafia ran Alberta)
View attachment 586229
Click to expand...

Could you tell more?

xmoose said:
Could you tell more?
Click to expand...

it's (loosely) based on my recent hoi4 game, but with less nukes
You must log in or register to reply here.
Top
Top