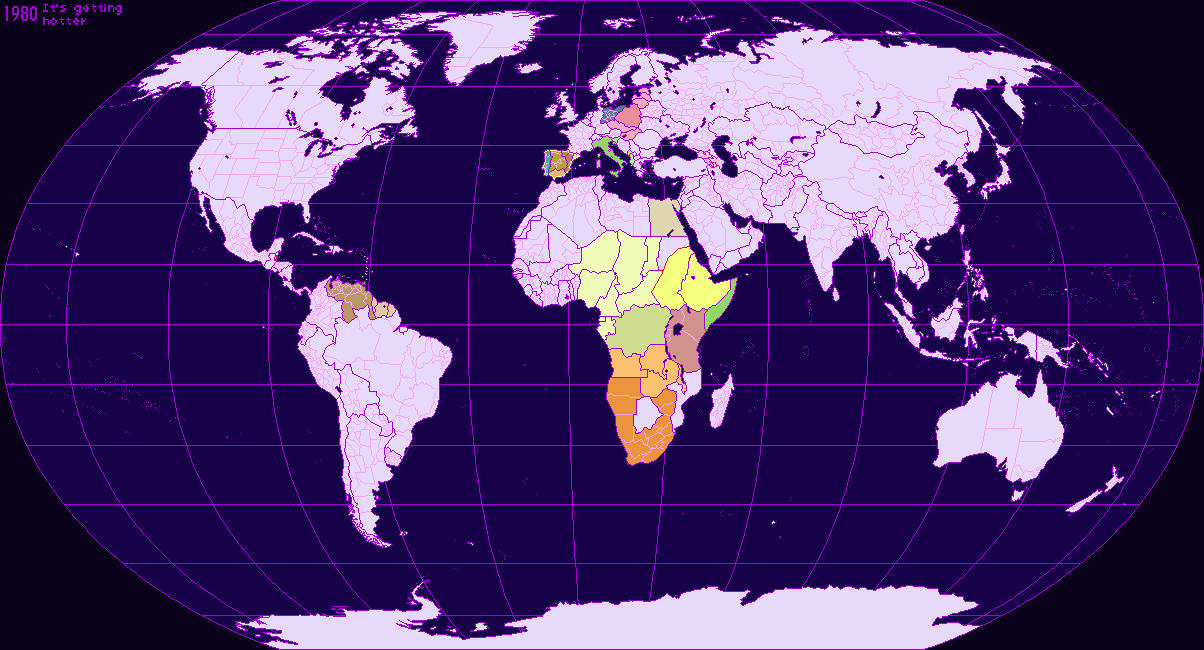 start of the idekpunk world map, now with 200% african conflicts (albeit, there's no usa or ussr to fund them anymore) 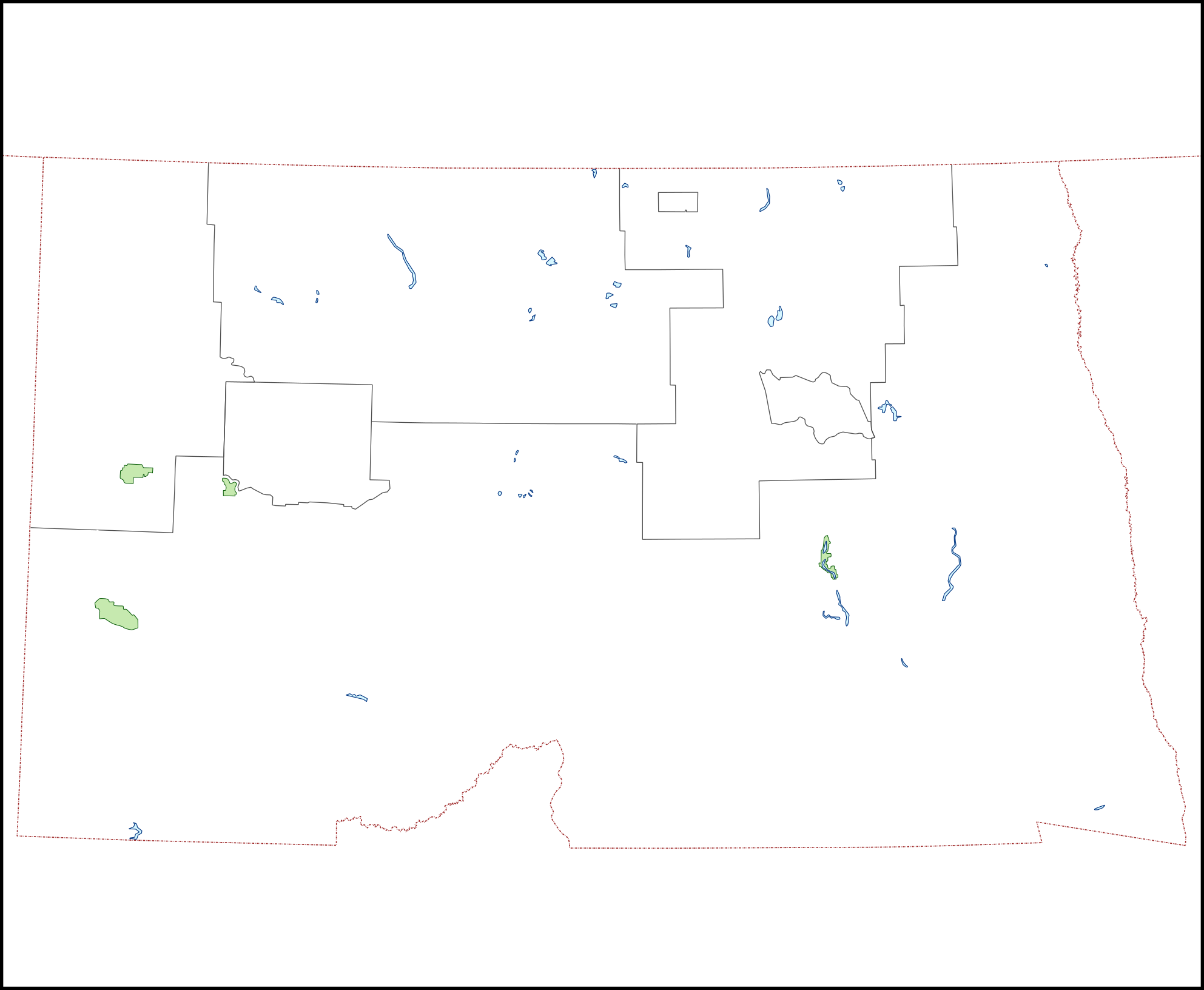 It's a pretty early WiP, but I really love the concept and I have a great series of compatible basemaps, so I'm confident I'll be finishing this one.

Basically this is a tongue-in-cheek and partially utopian future history scenario where the US turns noticably left-wing in the near future and North Dakota isn't having it, so they metaphorically channel the spirit of William Langer and they successfully gain independence (after ceding the lands of the Lake Traverse Indian Reservation and the Standing Rock Indian Reservation to the US) as a right-wing republic.

Some WIP cutaways for my map. I think that they're almost ready for primetime but I am not sure.

This is the situation postwar. 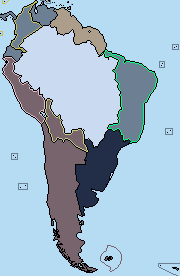 Here is a little sneak peak for my greatest project yet.

I might be too large for the forum since it can't ne seen.

trying to make a 1960s Angolan civil war with the idea that i'm hoping that Humberto Delgado wouldn't be as ultracolonialist (he wasn't IRL, or at least he said he supported african nationalist groups after being exiled to brazil, his stance in the case he took control of portugal is more... uncertain) , and that different MPLA politics (earlier reach outside of the creole base, more proactive) and delayed and saner FNLA attack (like not attacking non-bakongo african workers)could result in an urban revolt /protest in Luanda simulatenously with protests/attacks against plantations in the early 60s that scare portugal into decolonizing, Belgian Congo style

MPLA is neutered and a puppet party/group in union with the stronger FNLA,

Union of the east is descendent of the eastern front of Chipenda, with an ovimbundu guerilla base

South Angolan republic are the older (mostly 19th century) settlers in Mocamedes and Sa de bandeira deciding the independence was a bit too quick and declaring an UDI - a very bold move that nearly failled completly, saved by South africa deciding to secure the other side of the border as SWAPO starting operating, (and its allied group across the border, UPASA)

It's very rough, I May do a more thorough map someday, but this is just what i came up with in 1 hours right now. 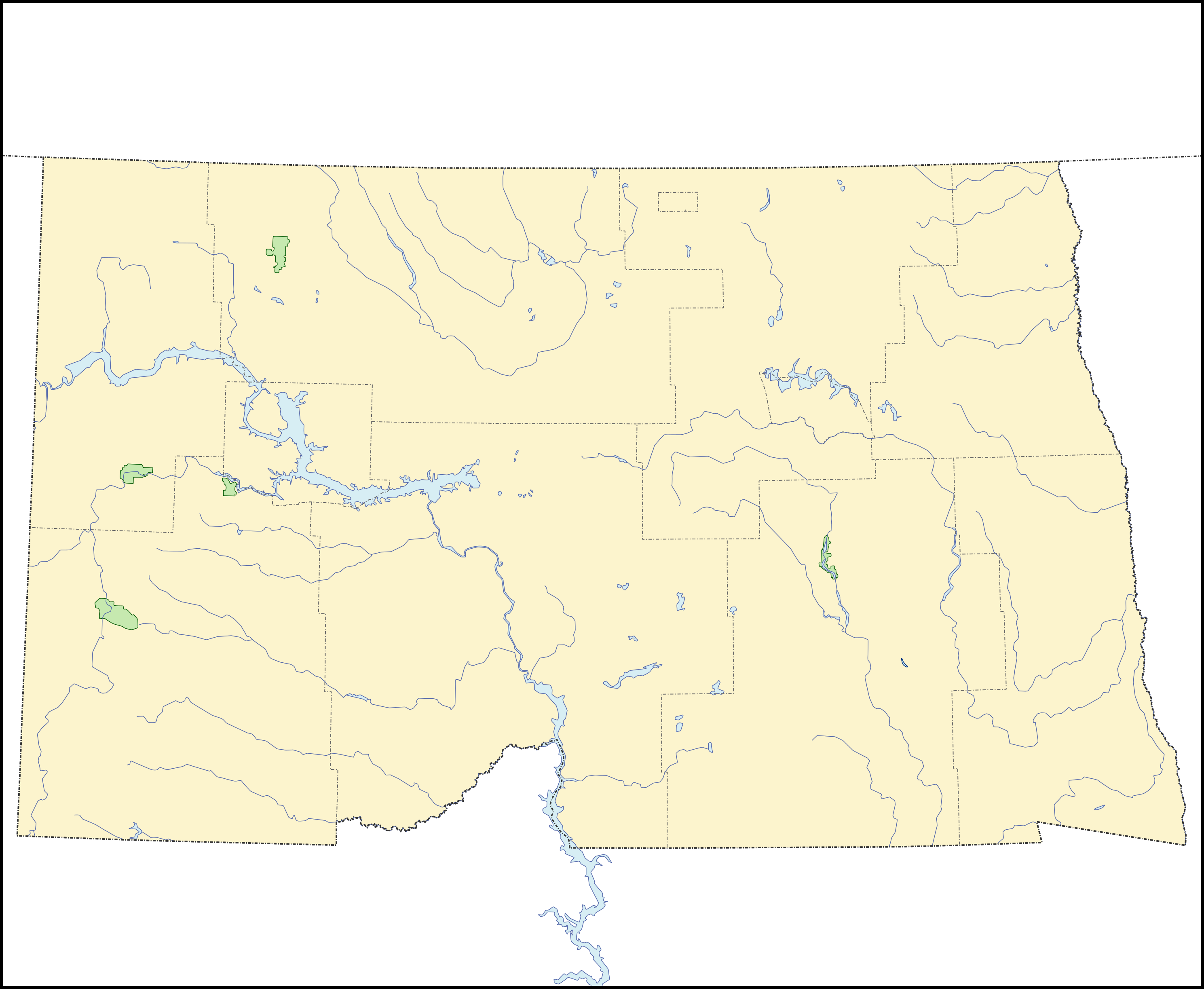 Progress! The lakes are done and I've started with the rivers, plus you can see Nokota's four national parks (Theodore Roosevelt, Little Missouri, Lostwood, and Arrowwood).

EDIT: Managed to finish the rivers, thankfully, and thus I updated the image.
Last edited: Feb 9, 2020

Another WIP cutaway for my map. How many cutaways are too many?

One of the sentiments held by the average people in the Alliance for Humanity was one of confusion. They don't understand how their leaders could have allowed the Novus Ordo Seculorum to reach the size and power that it did. One of the reasons was that the other nations of the world were simply distracted and one of the biggest distractions was the Cradle Crisis.

By the late 2060s, the MENA region was divided between two supranational organizations. On one side was Arab League, a union of mostly Arab nations lead by Saudi Arabia. These nations were primarily followers Wahhabism, a very strict and traditional version of Sunni Islam. Since the rise of the NOS, and the return of American Isolationism, the primary supporters of the Arab League were the EU, India, and the rising East African Union. With the oil revenue and other investment, the Arabian population swelled, having the highest growth rate outside the Congo.

On the other side was the Silk Road Mutual Defense Pact, lead by the Islamic Republic of Iran, supported by the Russians and Chinese as a counterbalance to the Arab League. With the growing orthodoxy and Arabic chauvinism among the Arab league, Iran positioned itself as the the protector of minority groups. Iran's greatest ally in the Pact was Turkey, and a series of semi-Russified Central Asian nations. Population Growth in the Pact had been stagnant for the past few generations. On the other hand, as the beneficiaries of large amounts Chinese investment, the Pact nations were highly developed, allowing them to punch far above their weight class.

The first stage of the Cradle Crisis was the Arab-Iranian War, which began with a terrorist attack in Baghdad. Both parties blamed the other for the attack. Things escalated into a full scale war between the two alliances. Ultimately, this would end would end with the use of nuclear weapons and a Pact victory. The crisis would continue to smolder for the next 15 years, taking up the attention of most of the great powers. While the great powers were distracted, the NOS annexed the rest of the Americas . Meanwhile, the influx of refugees into the EU was one of the primary causes of the European Civil war.

(I am using the method where you use a photo editing software to make random terrain using the cloud render and threshold tools. Then I copy and paste the small bits wherever they fit) 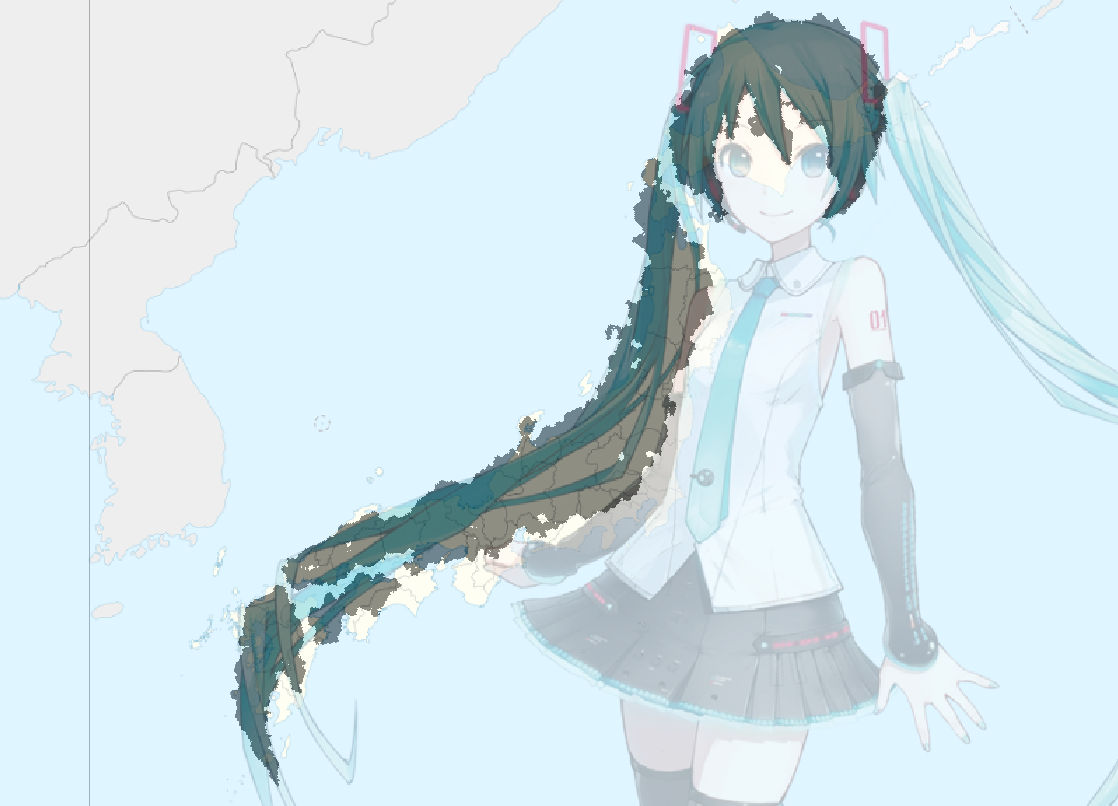 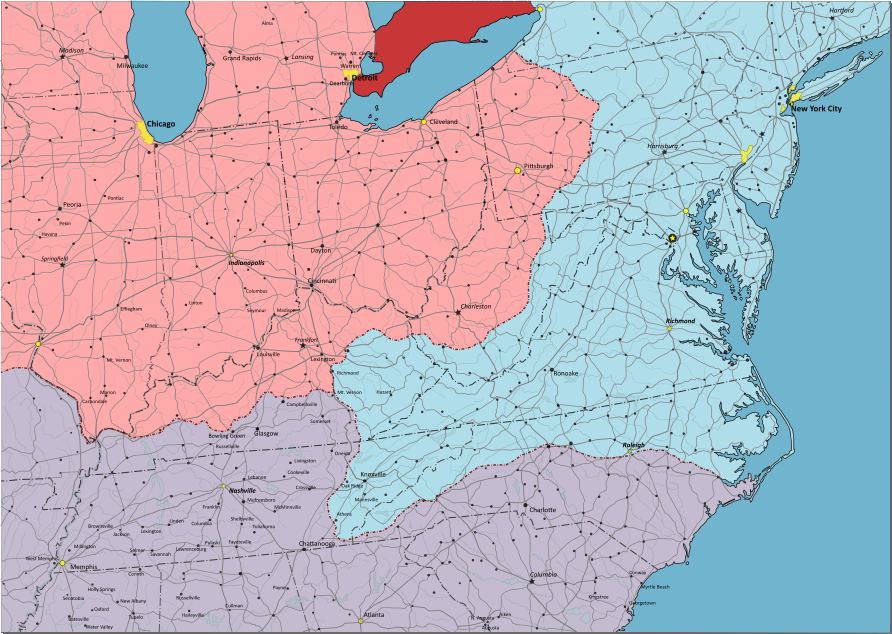 I'm starting to realize just how unimaginative North Americans are with naming things. 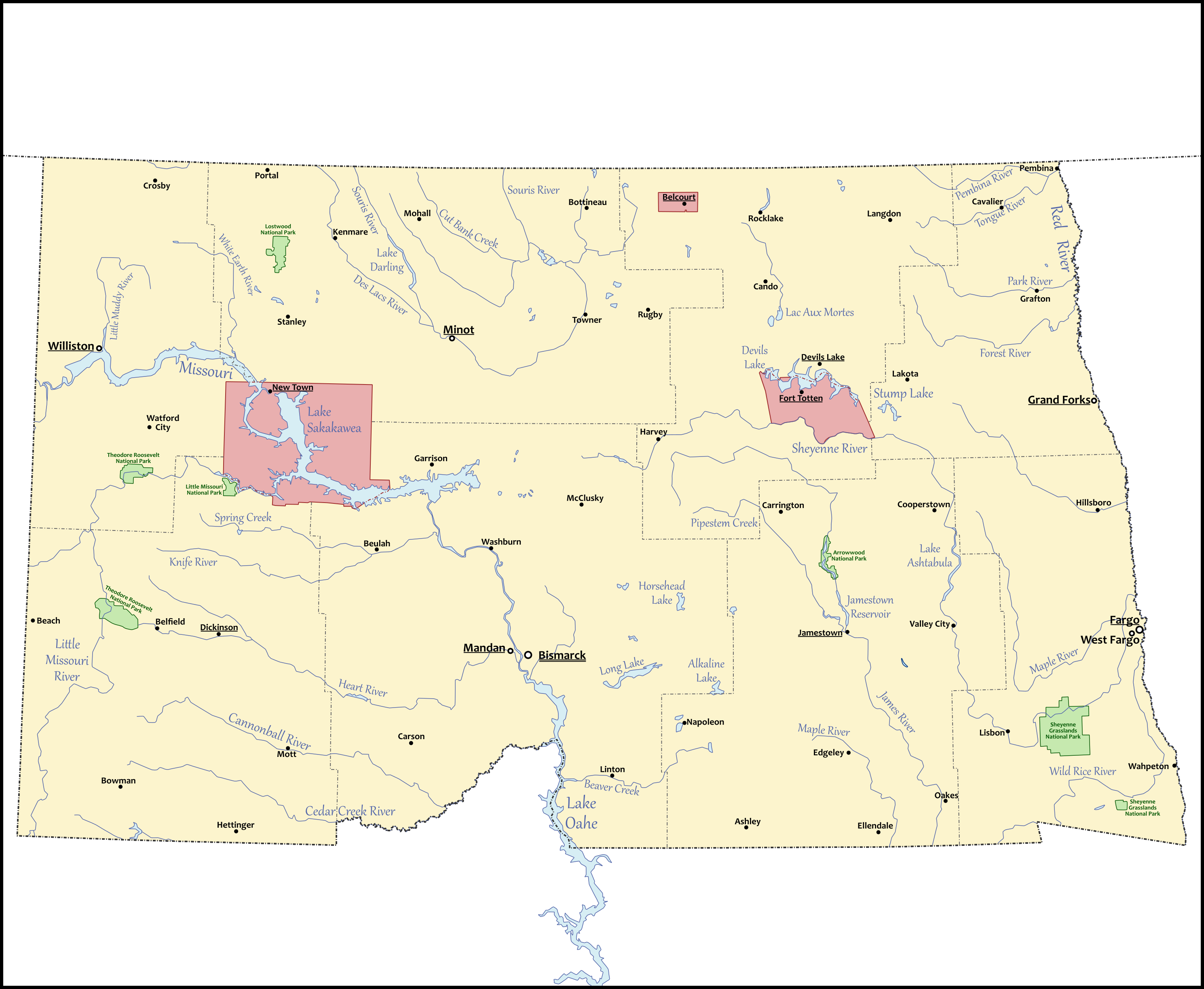 I swear this will be the last WiP I will post of this. As you can see, it's almost complete, and I'm even happy with both how the national parks and the Indian reservations look.

Still working on that map I swear! 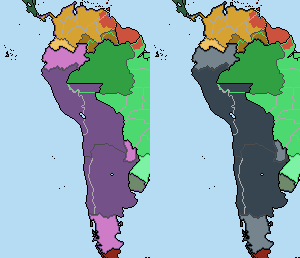 IMO the purple makes the border between Peru-Bolivia and Argentina+ more visible, you should go with that

Tyche said:
IMO the purple makes the border between Peru-Bolivia and Argentina+ more visible, you should go with that
Click to expand...

Seconded, though with either color I'd recommend lightening the border color for legibility's sake. I've always been sort of baffled by people sticking strictly to a single set of border colors, even when it makes the map difficult to read.

The darker colour makes it look more fascistic and threatening (which i assume is a fitting aesthetic), but the purple is more legible. Maybe mix the colours?

Similar question to the previous post, which one should I go with. 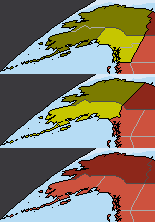 The top one is the current border I have.
The middle one is honestly the most ascetically pleasing to me.
The bottom one is the one I feel would make the most sense given the backstory of the map.

Work continues unabated. If y'all have suggestions on how to replicate the reliefs from this, please let me know. Thanks. 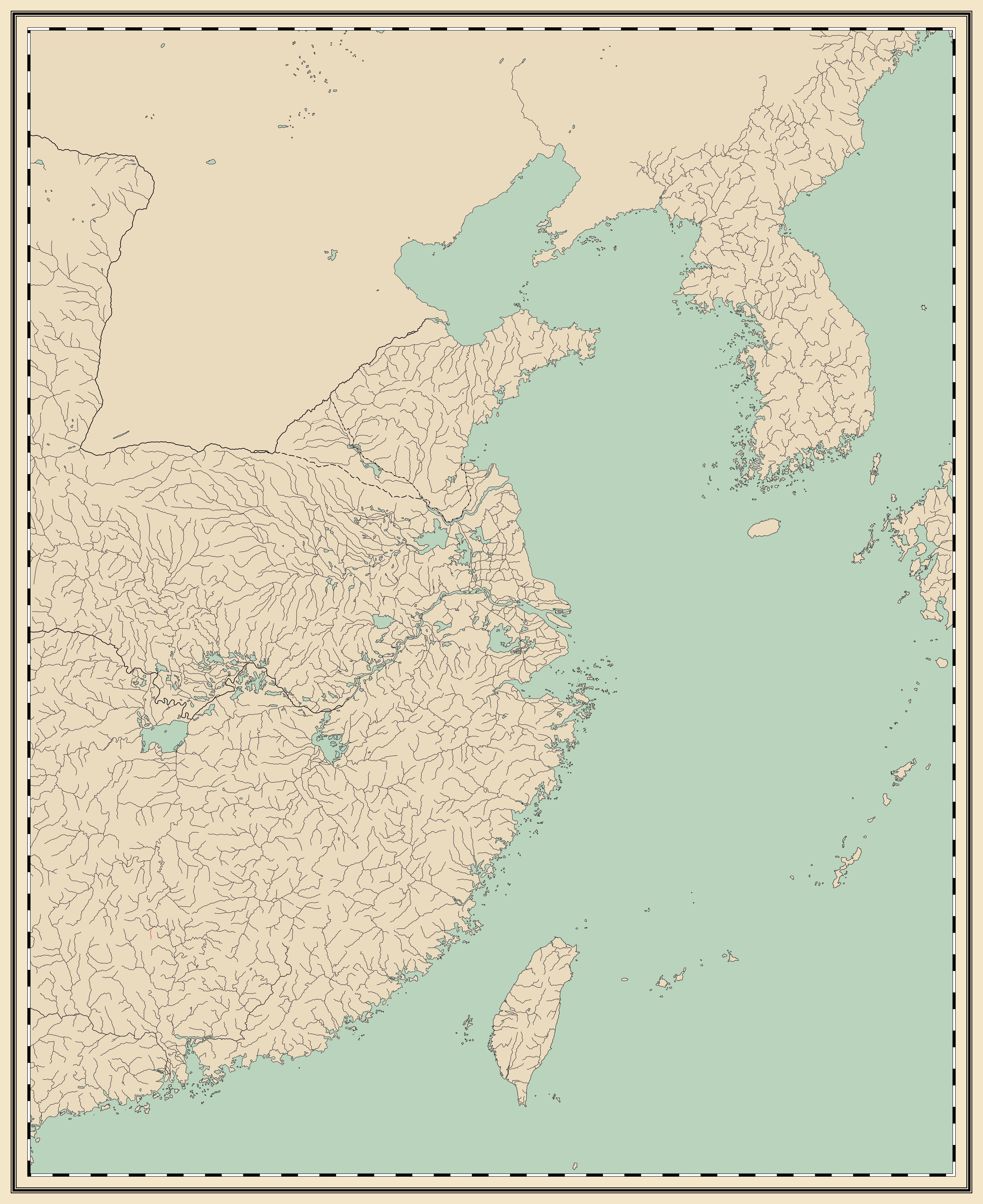 timmy_khagann said:
Work continues unabated. If y'all have suggestions on how to replicate the reliefs from this, please let me know. Thanks.

Nice map, as for the contour lines, you'd likely have to do it by hand, or create paths using a pen tool then stroke it with a custom brush pattern. I'd suggest watching this tutorial:
You must log in or register to reply here.
Top
Top