B_Munro said:
My wanks? Well, have two more maps to go on the latest installment: South Africa and Syria.
Click to expand...

What about Spain and South Sudan?

Blacklister3000 said:
What about Spain and South Sudan?
Click to expand...

Already done. I don't necessarily finish these off in strict alphabetical order.

Oh, thanks! I may use it for hypotetical sequel
(white dpes not represent, necesarily, ice here, but just "blank spots on the map", here be monsters etc. ...)

Already looks hella cool! Perhaps the PoD could involve Japan discovering petroleum in Manchukuo in the run-up to Pearl Harbor?

That could work in keeping the war effort going, though I'll have to look for information on that so that it'll be reasonable in that time period

WWI POD : Switzerland erupts in civil war over tension between the Entente-philiac Romands and Italians, and the CP-philiac Swiss Germans.
The Entente still wins WWI, resulting in a partition of Switzerland between Romandy, Deutschschweiz and Italy. It is to be noted most bicultural cantons were taken over by the Romance-speakers.
When Hitler comes to power, he doesn't have a place to stash gold in, but he has another country he can Anschluss easily. The Entente still gets another six months to rearm.
Romandy being an Entente member leads the French high command to decide to fight the Germans on the Rhine plains of Northern Switzerland. In consequence, they fortify more intensely the North of the country. They are completely taken short when the Germans invade in force the Low Countries, but the armies reinforcing arrive mostly in time. Sedan doesn't fall, and although the Low Countries have fallen, Maginot has held. Meanwhile, a Communist revolution explodes in Bulgaria, leading its neighbors to stage a short Balkan War to make sure it gets no silly ideas, grabbing border territories.
The Entente follows up on smacking Germany like a bitch until the German army has a meltdown. At which point the Romanians join the Entente over Hungary trying to grab Northern Transsylvania from them. Slovakia decides it was the real Czechoslovakia all along, and the Entente rolls on until the German-Soviet demarcation line. And forget the brakes.
The invasion of the Soviet Union entices many anti-communist powers to join the Entente, resulting in a one-sided beatdown for Soviet Russia, especially after the Japanese launch a massive offensive on their Far Eastern seaboard, cutting them off from any foreign supplies.

The Poles may have gotten a bit Kresy on the Intermarium idea.

Added more items, and I'm planning on adding Japanese text to this map. Is anyone here fluent in Japanese?

NiGHTS said:
This is how far I've gotten with my main map. Once completed, it will serve as base map for my future maps as it depicts a setting I've had in my head for quite some time now. The worst part is having to redraw the internal borders of Mexico, China, and North America(the green Super Canada you see).

Edit: Looking at this here made me realize how much it looks like New Holland is under Chinese influence. And while that is true, it isn't heavy enough to warrant a connection in color like that. But, I realize because East Russia is under heavy Chinese influence, it doesn't warrant a a signal color. Unfortunately, the signal color I chose for Russia is too similar to New Holland's default color. Thus, in the future. I shall color Russia the signal color of UN influence, which is a combination of India and China's colors, seeing as how they are the top dogs of the UN.
Click to expand...

I am not sure about those australian subdivisions... 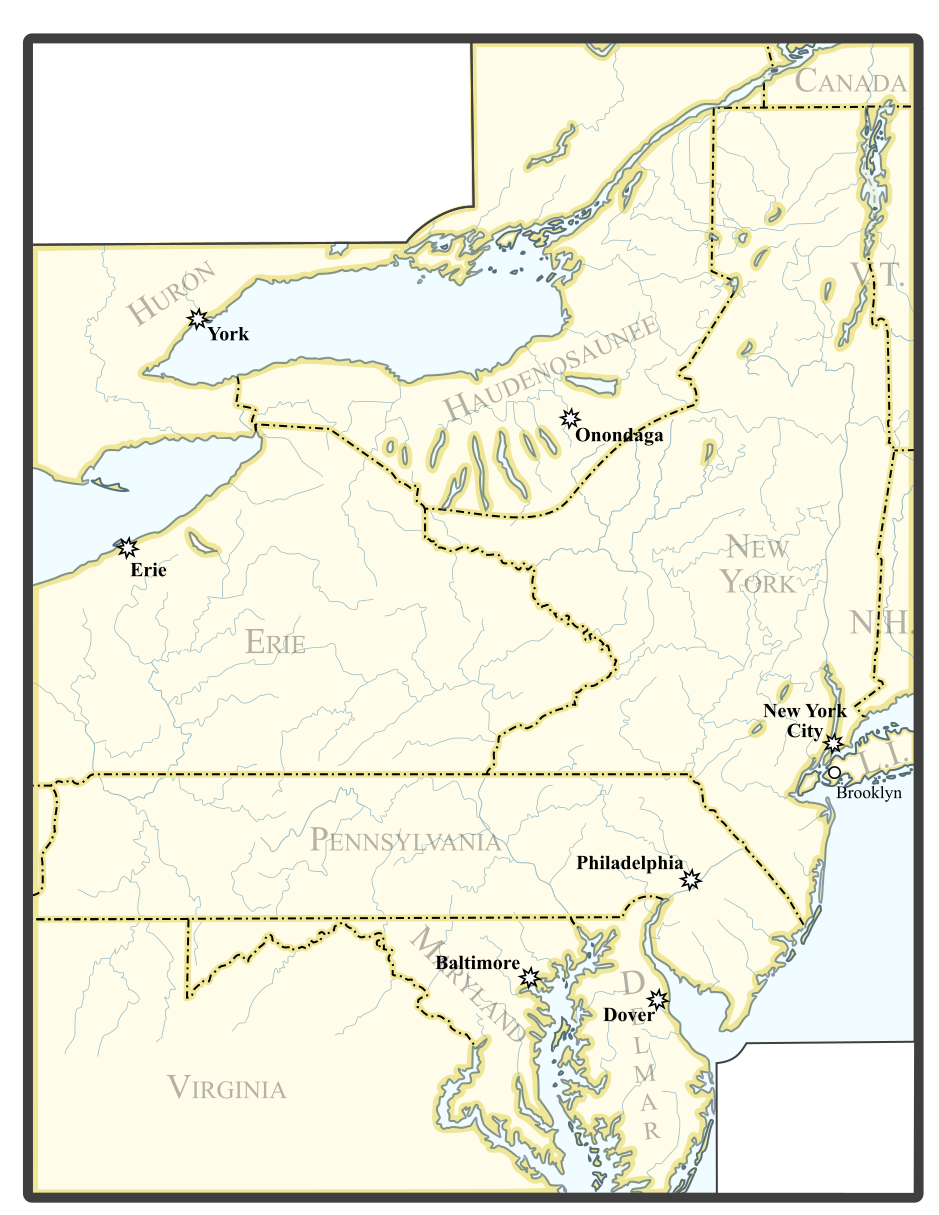 WIP of the Midatlantic realms in the UAR-verse, in a style inspired largely by @Ernak's style in their recent Gilead map!
Last edited: Nov 13, 2019

Osk said:
WIP of the Midatlantic realms in the UAR-verse, in a style inspired largely by @Ernak's style in their recent Gilead map!
Click to expand...

Nice work! I can tell it's going to be great! 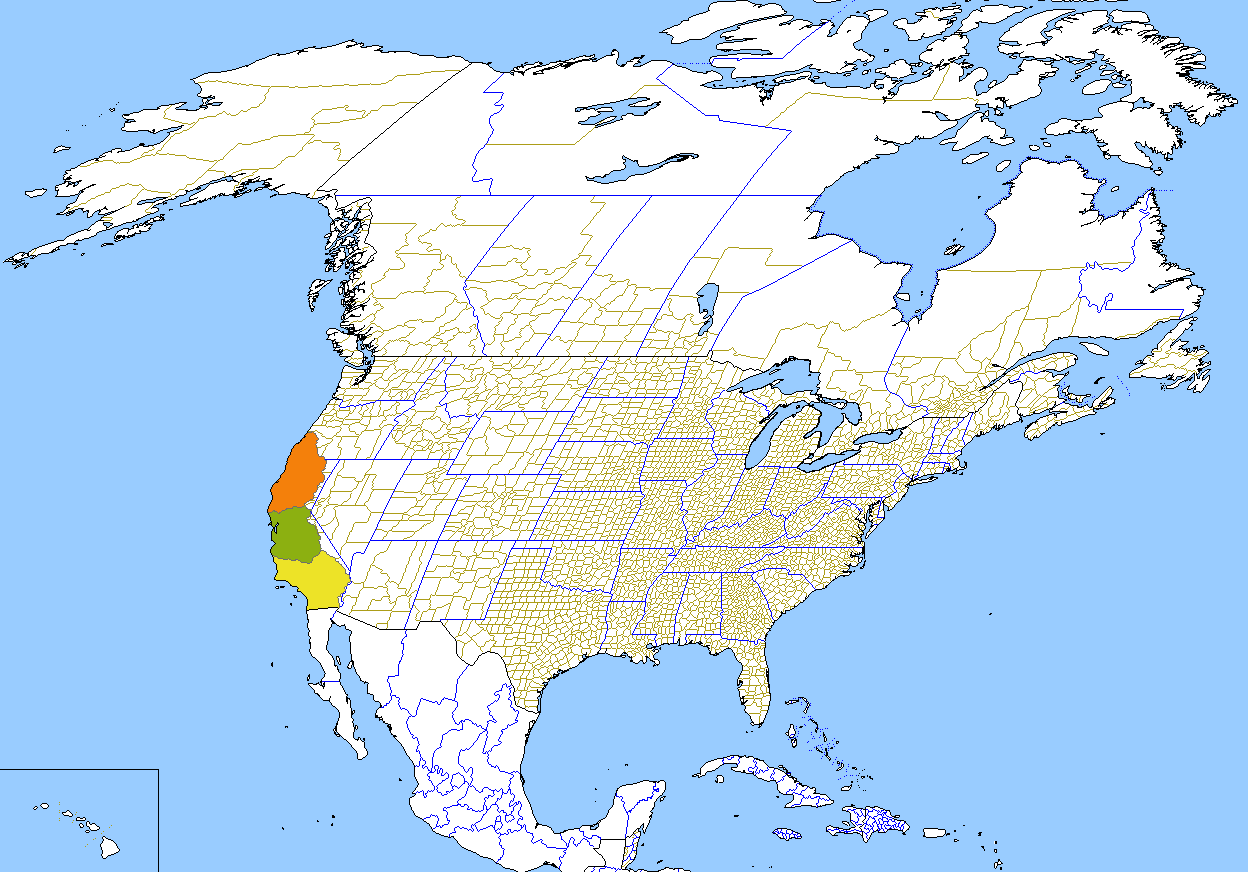 A WIP map for a post-apocalyptic western themed TL. 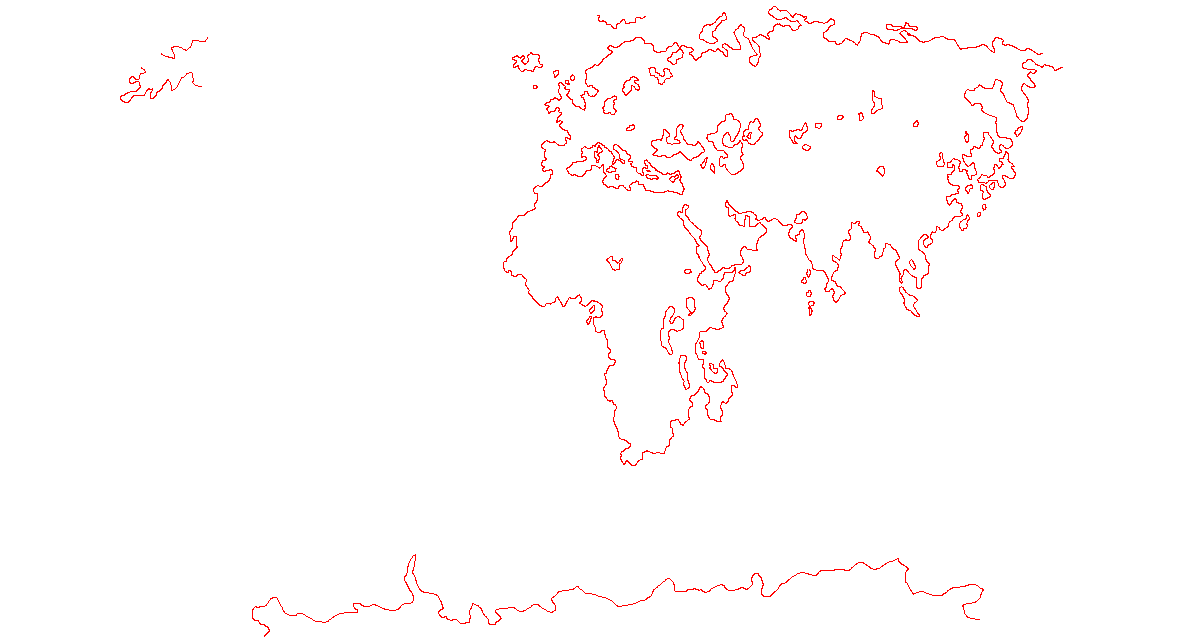 I have nothing to say about this but.......
Forgive me Father, for I have sinned 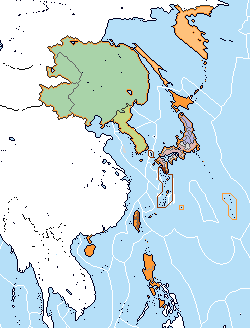 I was bored. Have (part of) a Dutch empire.

I was bored. Have (part of) a Dutch empire.
Click to expand...

Some ideas for a surviving Republican Germany on the administrative states 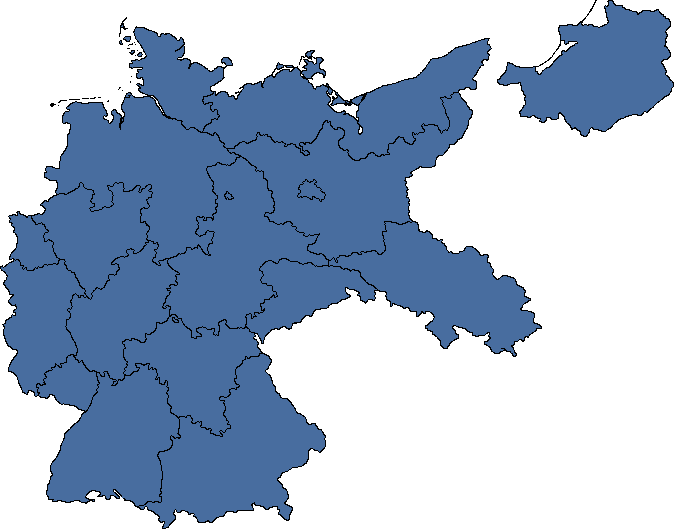 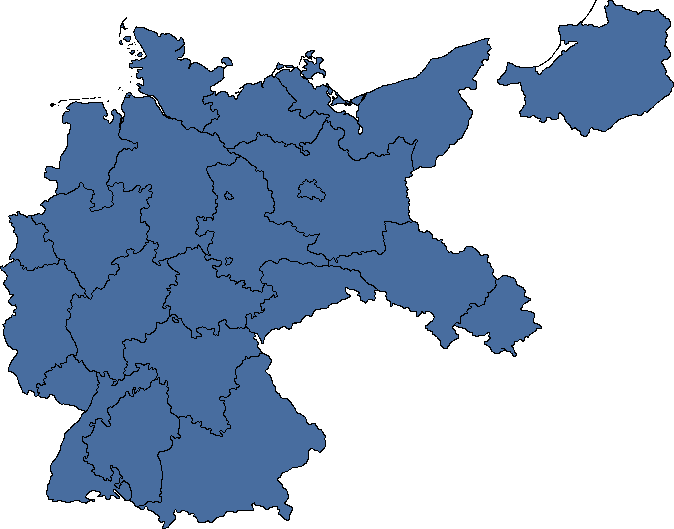 Oh you ain't seen nothing yet... 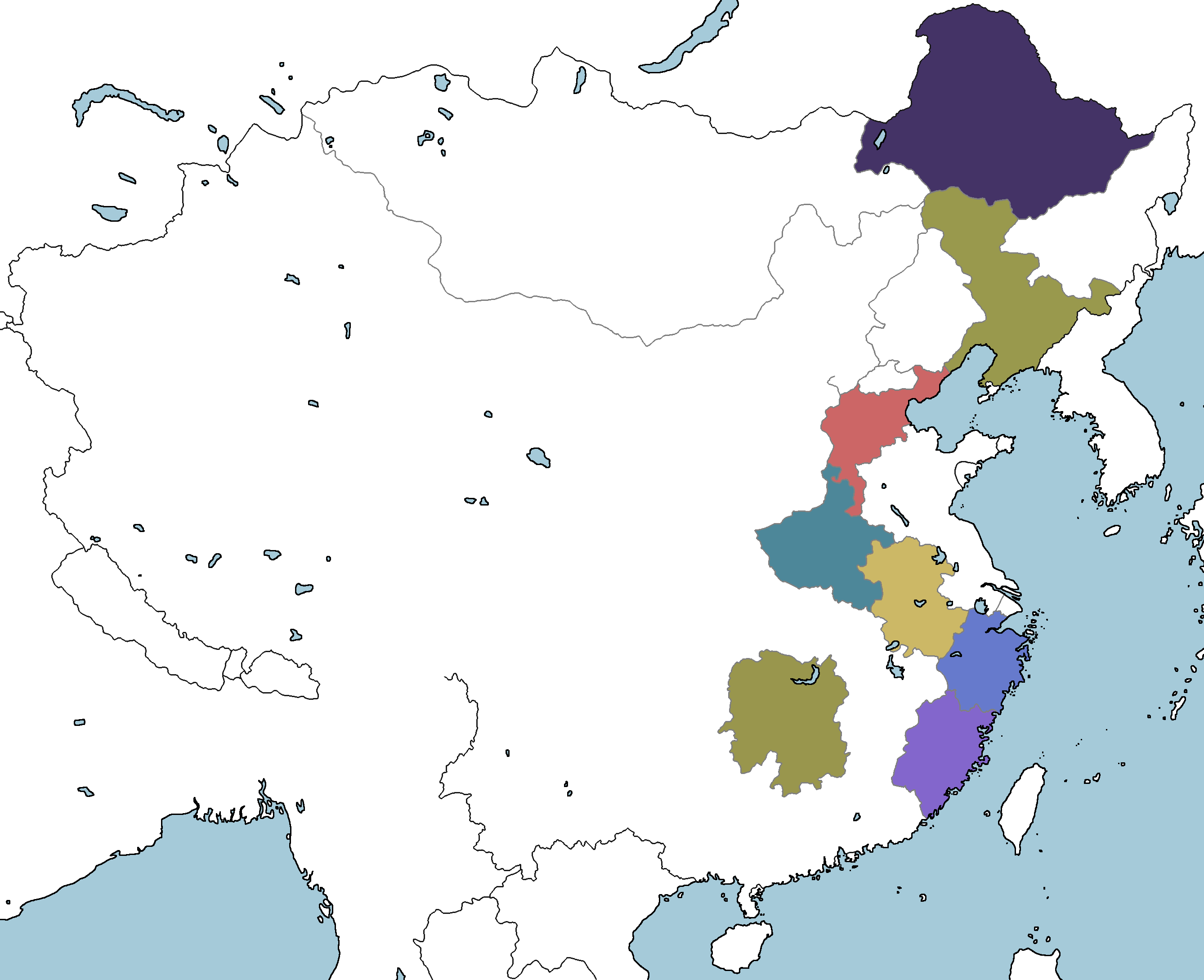 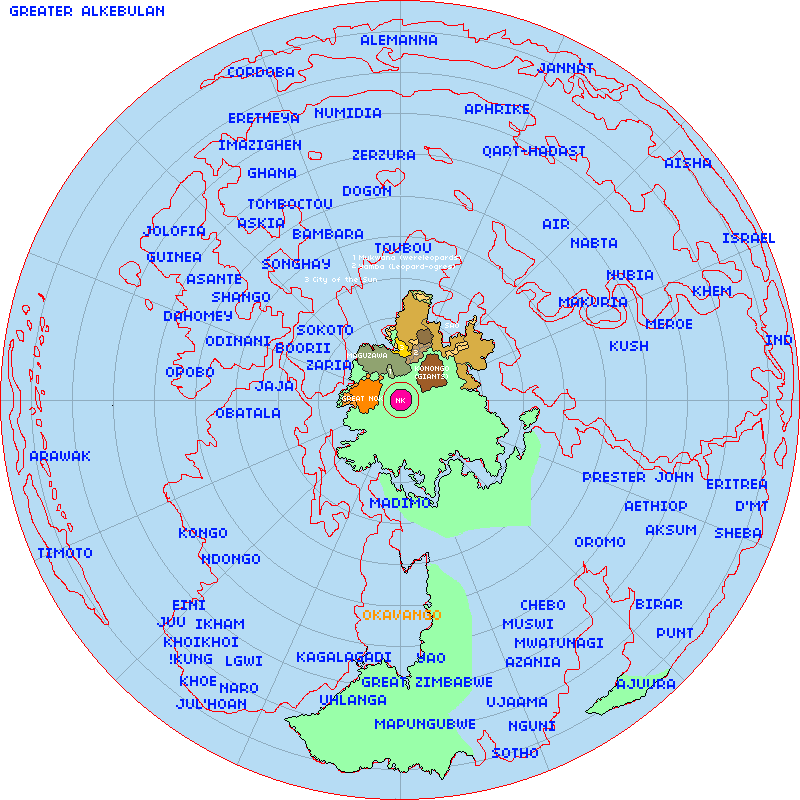