Yeah, I realized that a little too late. It's a WIP anyways so it'll certainly be fixed when I actually post the final version over in the Map Thread.

this is going to be a sweet scenario. hows that 3000 map?

X_Eaglefrost_X said:
A map I've been working on for maybe half an hour because why not
Click to expand...

I don't think it uploaded.

deleonism said:
I don't think it uploaded.
Click to expand...

Yet more Sung Survive. Here I have made a few more changes, I made the environment a bit rougher for Amo Ji Lia and overall broke up their territory a bit more so it's less blobby and overwhelming. This is the first time I've gotten to explore the idea of making the western 'states' of the US equivalent more numerous and naturalistic than the eastern states, so that was fun. Also put Espagna into a more desperate situation, with many of their colonies rebelling. Australia was another area I took some liberties with, with the northern states thoroughly climatically collapsed and without some of their extra territories as Tasmania [mapmakers conceit :^)] and New Zealand.

Progress on all my maps has been rather slow as I've an assignment due soon, and I only worked on this because I needed a break from fecking sensitivity analysis. But that'll be done in a couple days so hopefully I can crank out all these WIPs. 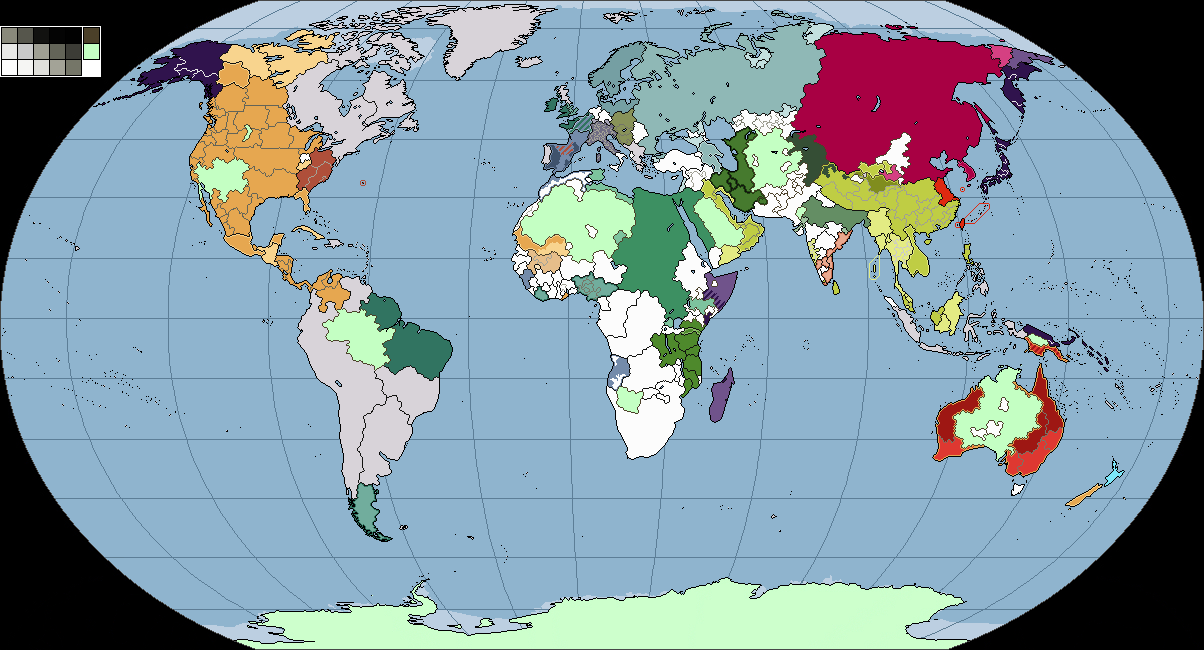 Okay it hasn't been too long since my last (attempted) post, but that's since dropped of my radar, and my new project: A map of Europe, sea level rise of 67 meters, using this website as a source. 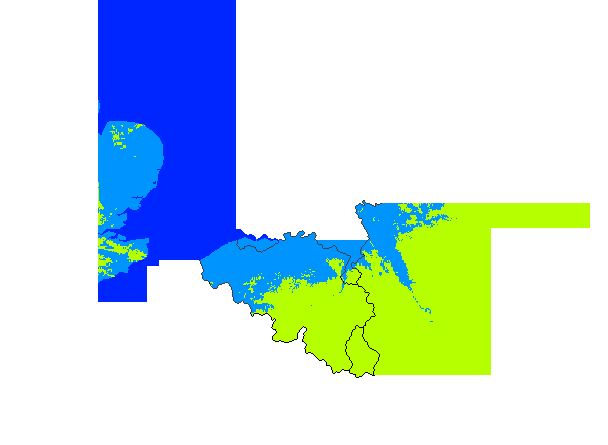 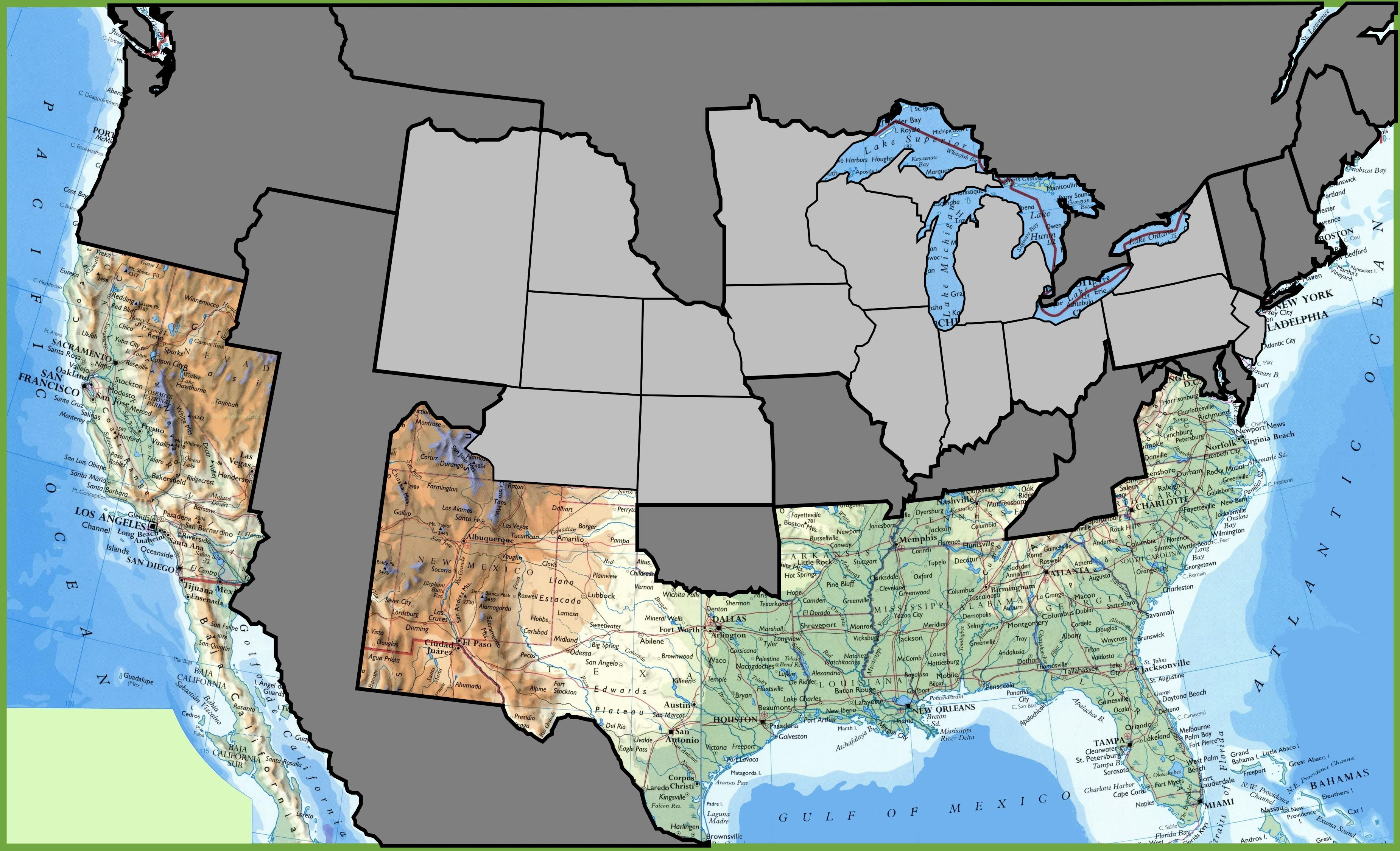 Look upon oddly-shaped Mexico, ye mighty, and despair
(It was much less oddly shaped before the Third Great War)

Crosspost from ASB forum.
Napoleons men in Egypt didn´t find only death and glory, victories and defeats on exotic battlefields. They found even something what have to change world much more than any battle or conquest. Mystical arms race began.
Today, France is among the top world powers, if not first of them. Some however could say there is no France anymore. Truth is, that emperor Napoleon, reigning for decades, a long time ago does not reside in Paris but in his grandiloquent palace on the shores of Nile. Ironically, Egypt, once conquered, became head of empire, according to some, just look at the mode or architecture, emulating ancient Kemet (and Rome). Even old beliefs return, Osiris, Horus, Sobek and other deities come back from oblivion!
There is however only little disagreement with it, for secret police is very effective and emperor stay quite popular, despite to not left his palace for years. After all, he is still remember as the one who put end to chaos of revolution, save country from foreign invasion, more than once, and secured prosperity for his people. Famine or epidemic no longer threaten France and there is enough bread and wine for everyone from Brest to Baghdad.
Yet there are those who resist will of the emperor. Bands of chouans, still from time to time disconcerting western departments aren´t longer big thread, despite of help coming to them from behind the sea. Far worse is situation in Hispania, where are many regions in hands of zealous rebels and british agents. Yes, not religious fanatics, jacobin or bourbonist conspirators or bandits in the countryside, true challenge to the empire lies behind its borders. But no fear, there is mighty imperial army, ready to face any enemy. There are not only men who fight for emperor, but even other creatures. Crocodiles big enough to swallow whole man and posing threat even for smaller ships, or raptor birds, especially falcons, incomparable scouts, from their sights nobody can hide.
And even if brave armies would be defeated, there are rumours about many ancient artifacts and weapons to be used... 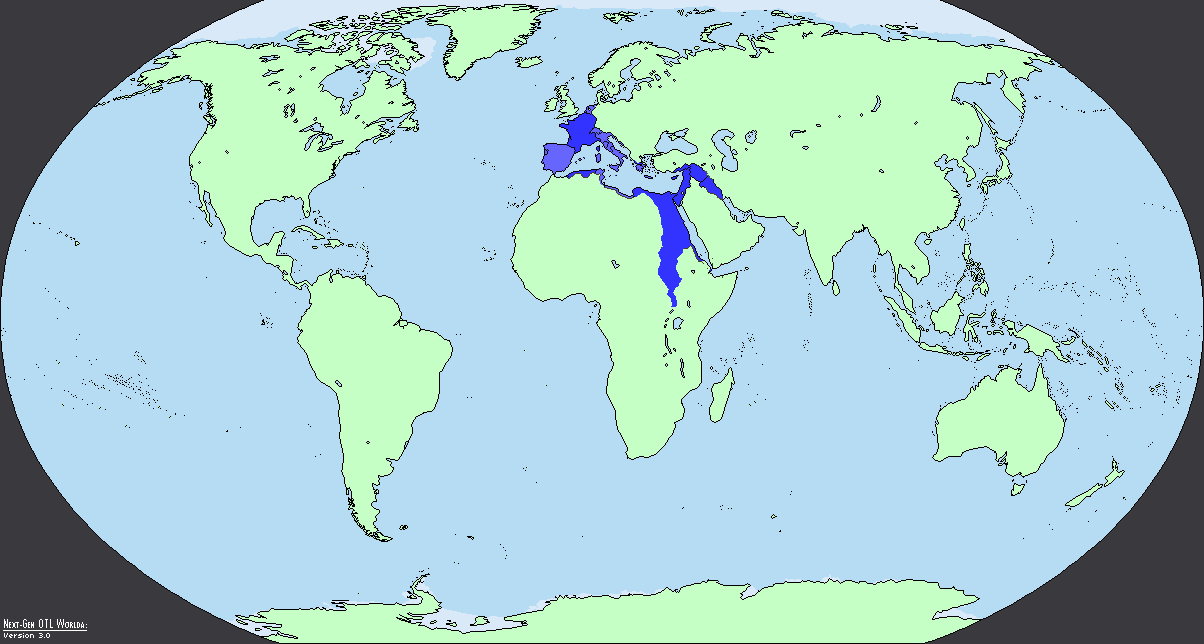 (I was inspired by this: https://www.deviantart.com/arthurdrakoni/art/Percy-Jackson-Meets-Captain-Confederacy-485860601) 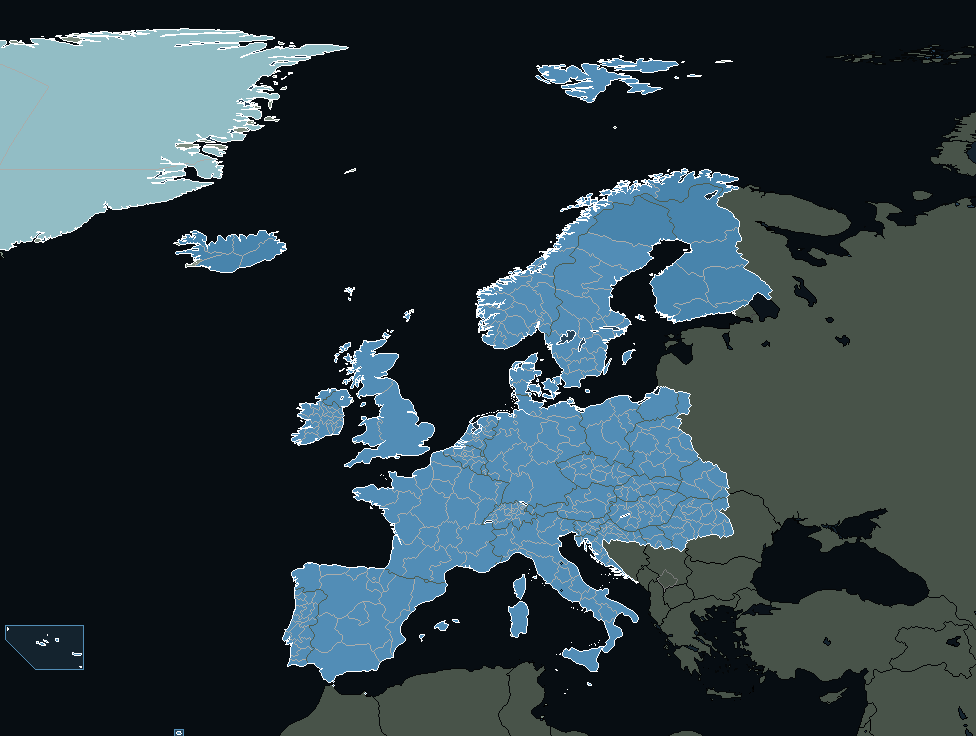 A hypothetical European nation in the 1980s. The entire scenario has not been thought out yet.

For the upcoming MOTF 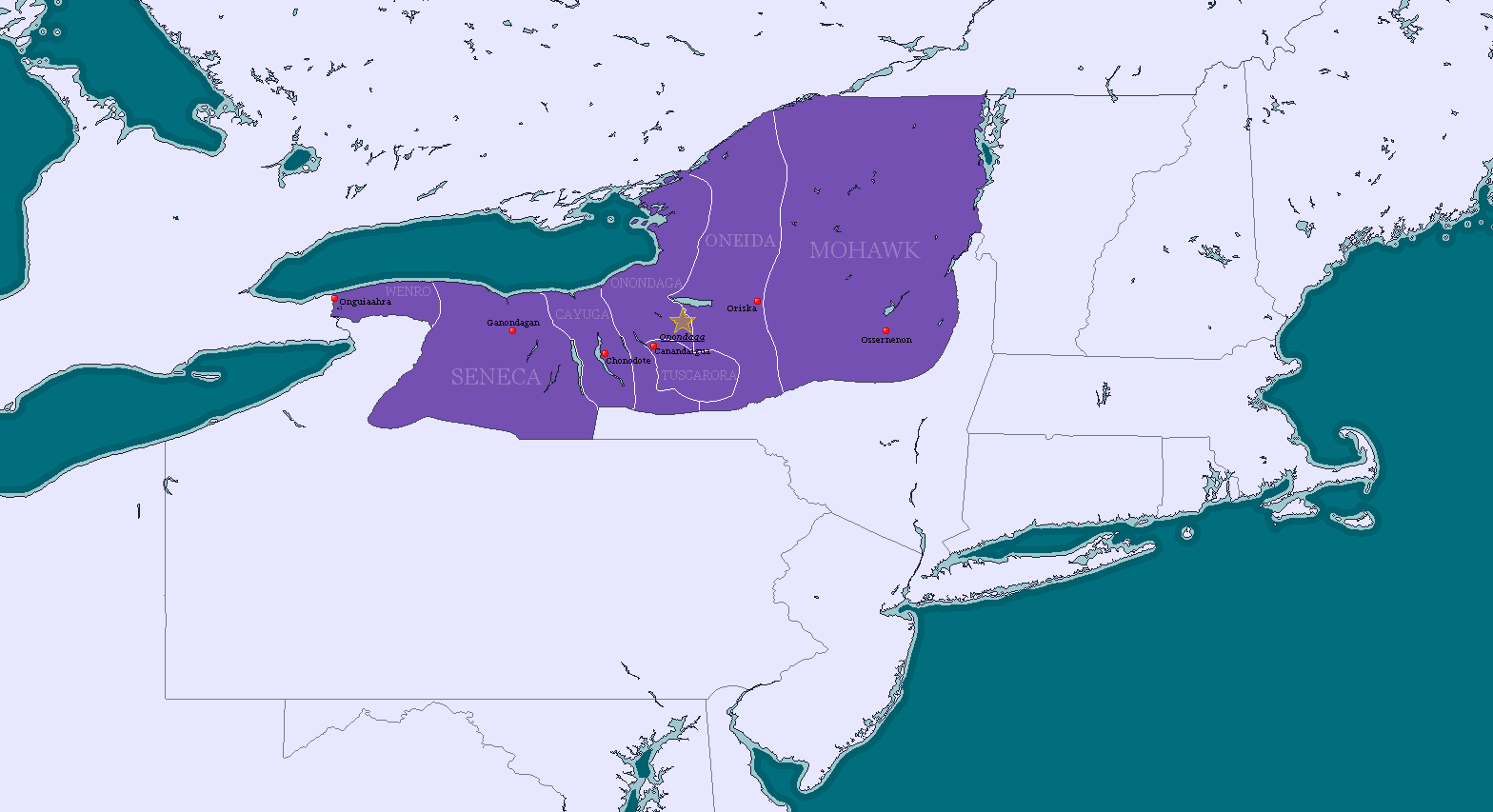 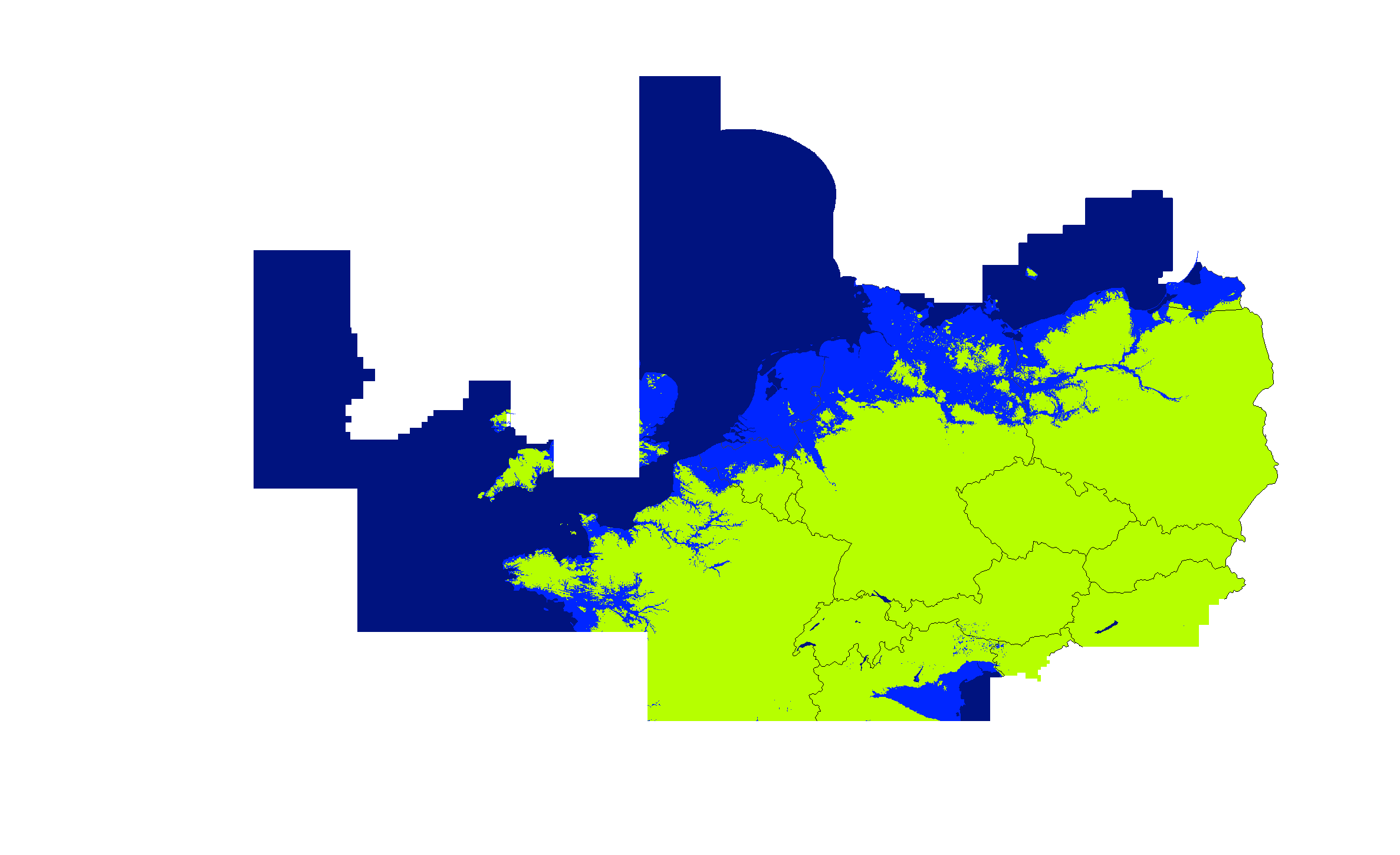 From the looks of it, Brussels may've even survived, and now featuring a warm water port... I imagine rump Belgium, Luxembourg and rump Limburg/the Gelder Islands will confederate into a Benelux, assuming current states don't dissolve entirely. 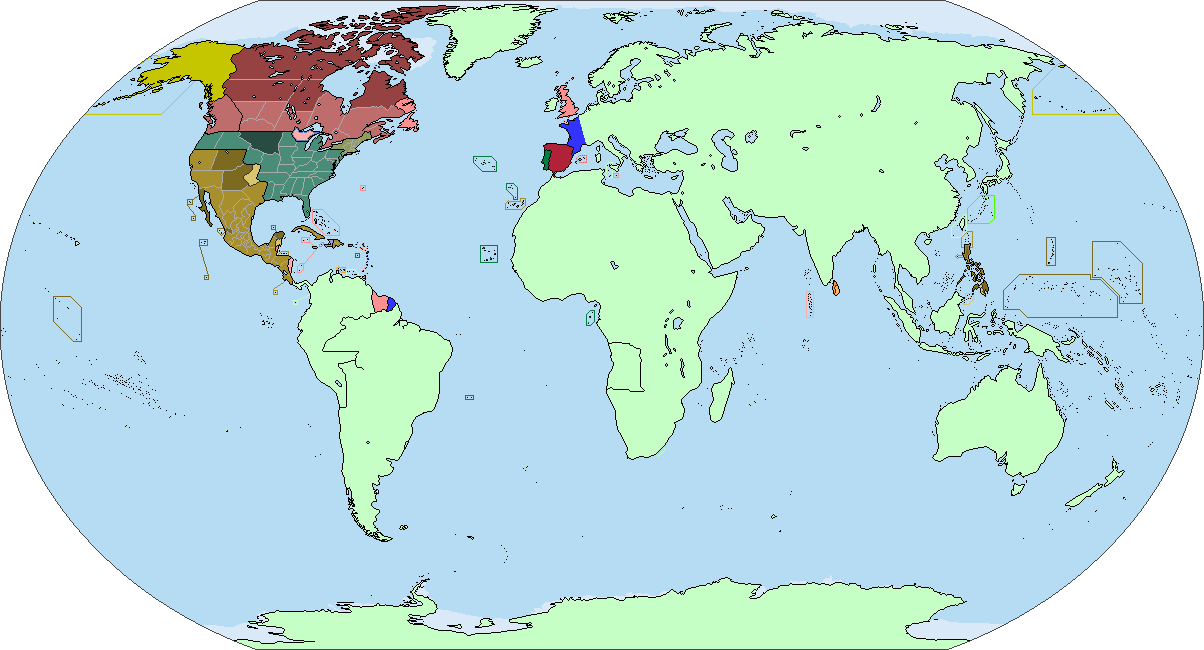 It's a very early WiP, but I already like how North America looks. The contrast between New England, the USA, and the Empire of New Spain should already look pretty obvious (even without New England's handful of colonies outside the Americas).

Iserlohn said:
It's a very early WiP, but I already like how North America looks. The contrast between New England, the USA, and the Empire of New Spain should already look pretty obvious (even without New England's handful of colonies outside the Americas).
Click to expand...

Ooh, do I see protectorate Comancheria and Maya? And assuming New Spain is a Spain-in-Exile. I am really liking this

Another Iroquoia map? I can't wait to see the final map!

Daedalus said:
Another Iroquoia map? I can't wait to see the final map!
Click to expand...

Trust me, yours is better. 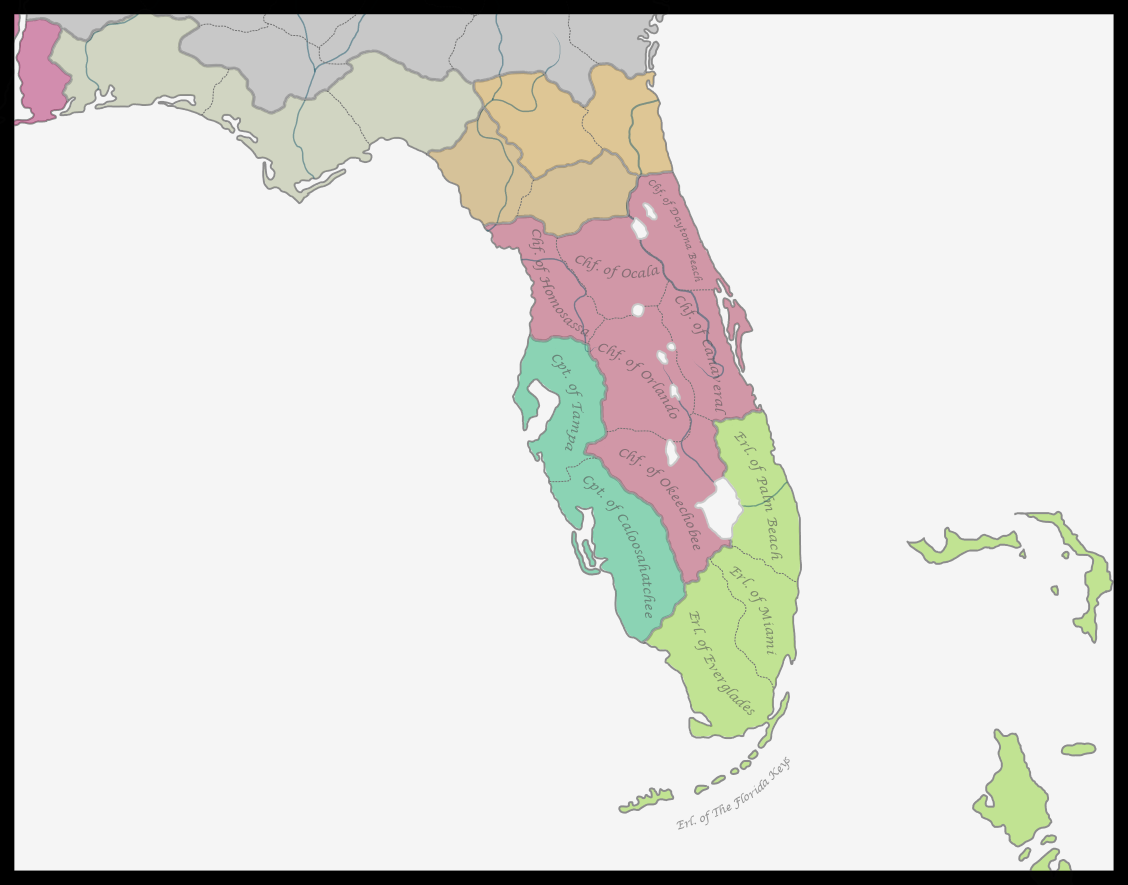 Hey I'm getting close to finishing my first Inkscape map that I haven't abandoned. Just Florida in After the End as of July 4th, 2666.
You must log in or register to reply here.
Top
Top