Ajtony or Ahtum was a powerful warlord of debated ethnic origin that for a time managed to carve out a semi-independent state from the Kingdom of Hungary around the very beginning of the 11th century. He established his rule over the modern Banat (Temeswar) region, controlling a good part of the trade flowing between the Byzantine Empire and Hungary, and through the Danube. According to most sources, he was even baptized according to Greco-Byzantine custom, which put him at odds with the Roman-influenced court of the Hungarian sovereign at the time, Istvan I. Eventually, sometime around the 1020's, Istvan sent his general Csanad to the Banat in order to topple Ajtony and secure the king's hold over the province, an undertaking which was successful.
But what if Ajtony had managed to beat back Istvan's attempts at taking over his lands? Could the Banat in time form the nucleus of a new Orthodox state north of the Danube to compete with Catholic Hungary? 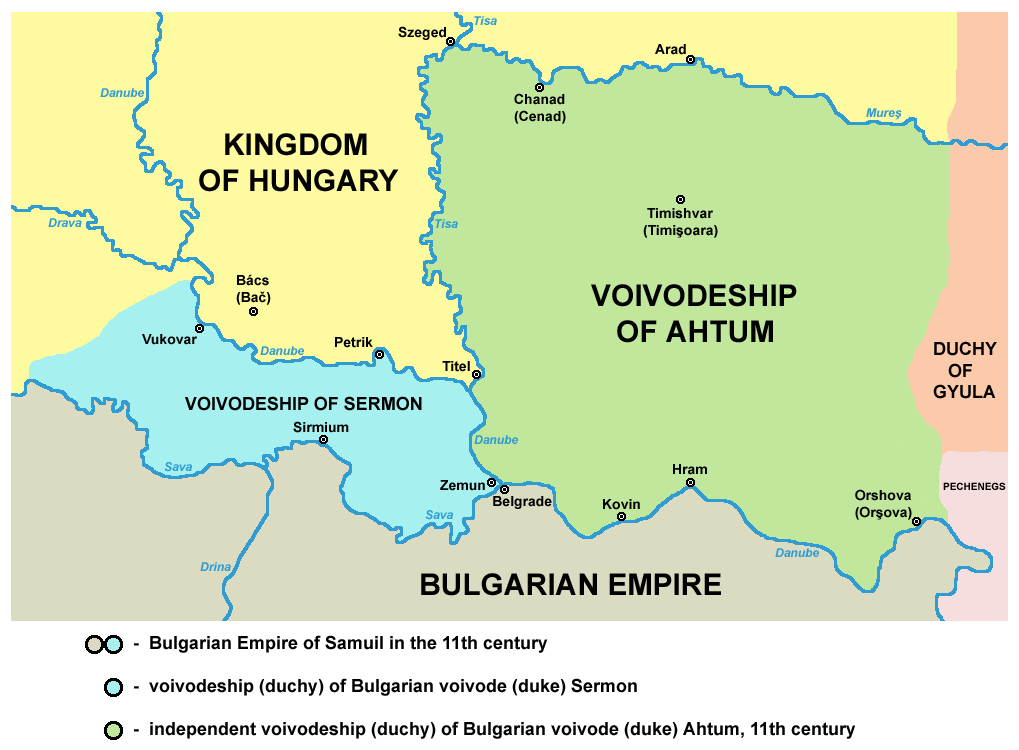 Bump. How would the Hungarian Kingdom fare without the Banat?
You must log in or register to reply here.
Top
Top