"What Madness Is This?" Volume I: The Union Forever

Well they seem like a wonderful, upstanding, not at all creepy or crazy Pinnacle Blooded Dynasty! Truly they're the best the Union has to offer!


LostInNewDelhi said:
A rip-roaring tale, but how much is actually true? I wonder how kindly these New England aristocrats take to having their hometowns' history rewritten for the benefit of an upjumped local family that secured the lucky marriage of a century.
Click to expand...

I actually believe a fair amount of it is true. Not because I believe the Union is honest, but because there is one unalterable fact about propaganda: the best propaganda isn't filled with blatant lies, but is rather a twisted version of the truth.

A totally baseless lie can be detected, and is therefore a liability if you're caught. However, a story which begins truthful and ends distorted makes people unable to tell truth from fiction. They will therefore likely choose to accept what is told to them by the propagandist because it's easier than parsing every single detail, is at least mostly true, and who's to say what is or isn't true anyway, you Popish Infee Buggerer?

Finally, I doubt it's all or mostly fiction simply because Steele likely would marry someone from a powerful and prominent family, and also because I imagine Napo would find it counterproductive from a world-building standpoint to write a chapter then say, "lol, this is fake and actually doesn't explain who these characters are."

Born in the USSA said:
Fascism is a traditional ideology, family ties are extremely important
Click to expand...

Nivek said:
maybe unironically he did have a passable relationship with steele..but died accidentally
Click to expand...

I THINK I am 100% caught up on EU. lol Also, I have started a timeline-only thread in Finished Timelines and Scenarios: https://www.alternatehistory.com/forum/threads/what-madness-is-this-redux-the-complete-timeline.473059/ I hope to threadmark in canon EU entries into that to form the Madness Bible, the complete book of canon. Also, for the incredibly obsessive and/or bored reader, each old chapter that gets posted in the complete thread is heavily edited with better grammar, sometimes new lines, etc.

Also, the Arkham story is all true ITTL, but the propaganda elements are pretty obvious, from the description of the Anglican archbishop cackling in his turrets to the descriptions of the native Indians.

Steele's brood could give the Addams family a run for their money.

John Spangler said:
Steele's brood could give the Addams family a run for their money.
Click to expand...

raffaele gaggioli said:
This is why Mussolini abandoned his family and tried to escape to Switerland with his mistress
Click to expand...

Fascism TTL has the same name as OTL but different dna.

Born in the USSA said:
Fascism TTL has the same name as OTL but different dna.
Click to expand...

I know, i was just joking

raffaele gaggioli said:
I know, i was just joking
Click to expand...

JOKING?! About the most proletarian antiracist feminist Americanist Fascist cause?! How dare you, you un-American freedom hater!

Born in the USSA said:
JOKING?! About the most proletarian antiracist feminist Americanist Fascist cause?! How dare you, you un-American freedom hater!
Click to expand...

Are you implying that the Great Pope Peter II won't be able to destroy the satanic RU and its false god and lead the Catholic Church to world domination?
How dare you , you fluids-obsessed heretic! 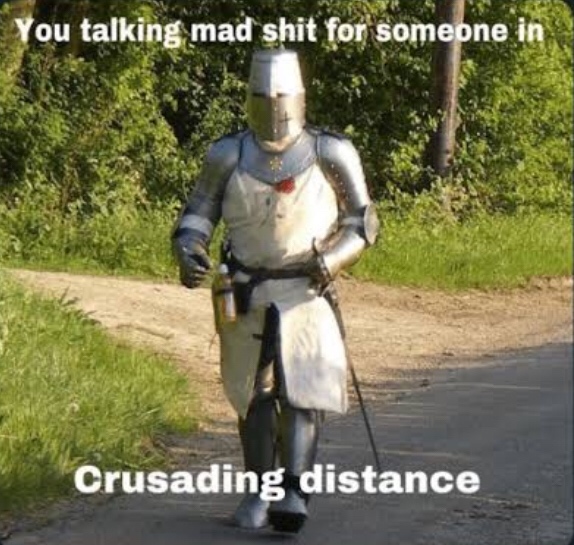 One of Peter II's posters calling for a crusade against the RU. 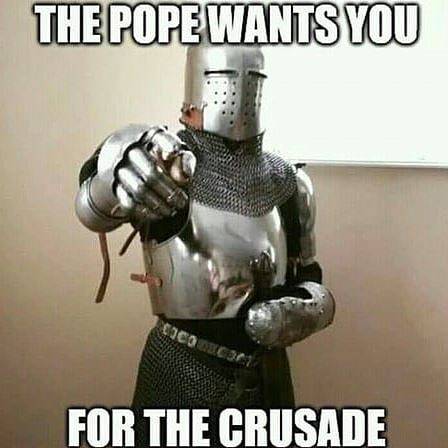 John Spangler said:
One of Peter II's posters calling for a crusade against the RU.

Honestly I’d be fully in favor of such a endeavor if it was not conducted by Pope Narccisisus. They are a evil threat to the existence of Civilization itself.

Also taking on a new Secret Police Uniform:
HALT. As a Member of the Illuminated people’s Security buero, you are all convicted of SUPERSTITION and FACISM. Prepare to have your Brain Corrected. EVERY MAN A GOD

The Family Arkham, as it is stylized in the way of wealthy New England antiquarian dynasties, is an ancient one, having originated in Cambridgeshire, England, many lifetimes in the distant past. By far the most famous member of this family before the 20th century was Acton Arkham (b. 1581), a Brownist parson of Nottinghamshire. It was the young Acton Arkham, the right honorable parson, who was one of the most renown Puritan ministers of his time. It was Acton Arkham and the fiery William Brewster who led the original Puritan Dissenters League out of Scrooby Manor in nothern Nottinghamshire. Scrooby was a tiny town, just a night's stop on most people's travels, but the Arkham-Brewster congregation of Puritans there would quickly become a thorn in the side of the Church of England. Archbishop Tobias Matthew came to power in 1606 and sought to purge both Puritan Dissenters and Papists from the kingdom, and he set his sights on Scrooby.

To spare you, the reader, a long, drawn-out story likely already well understood and common knowledge among the average Yankee, I shall not relate to you in full detail the story of the crackdown from the English Throne and Church upon the Puritan Dissenters League, as Archbishop Matthew no doubt cackled daemonically at the top of his manor turrets. Nor shall I recount to you the well-worn story of the flight of the hapless Puritans, now Pilgrims, from Scrooby as the loathsome authorities, coward bully-cads and thieves all, closed in upon them, ever tightening the noose of tyranny. As all school children are aware, failing to attend Church of England services, something which the Puritans had no desire to do, was punishable by fine and imprisonment. As the government cretins closed in on these brave souls, men and women of Pinnacle Blood who merely wished to worship Jehovah in their own way, they of course knew they had no other option but to leave dear Old England, the Anglo-Saxon homeland, for another realm in which to dwell in peace.
Click to expand...

I just love how hypocritical this description Of the persecution of the puritans is on the part of the RU. 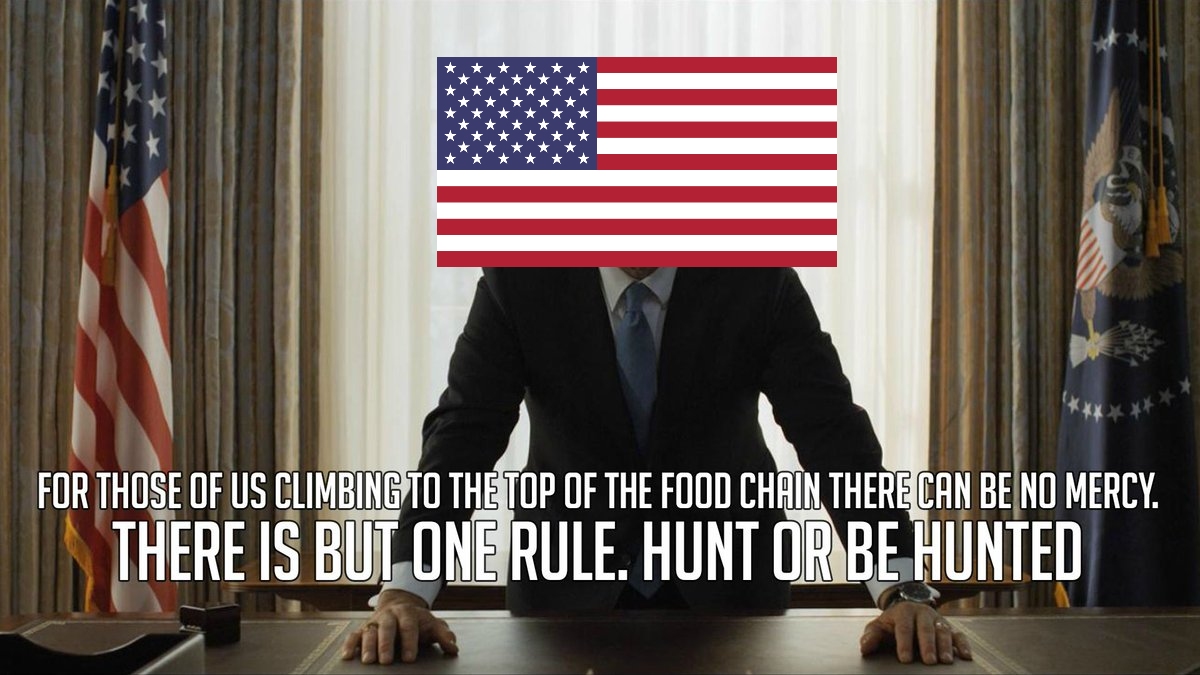 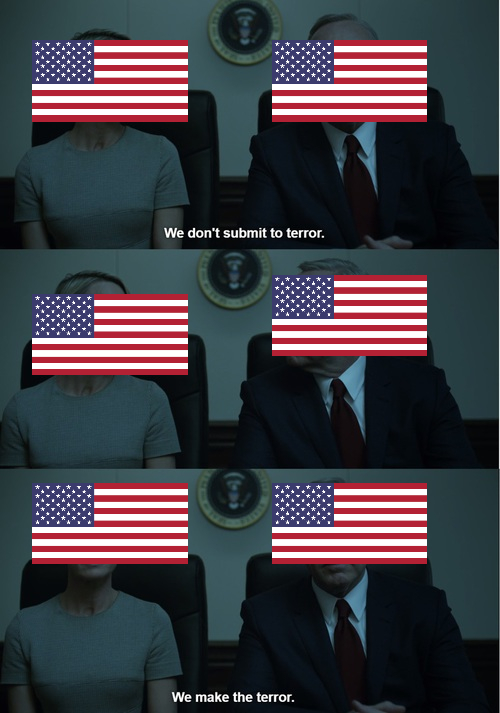 ^Marcus Aurelius Custer-Steele as part of the 1st American Volunteer Group of the Germanian Luftwaffe, 1943

^Marcus Aurelius Custer-Steele as part of the 1st American Volunteer Group of the Germanian Luftwaffe, 1943
Click to expand...

it is to my knowledge? but perhaps some Freikorps/volunteer group thing in some chaos in eastern europe?

Caulaincourt said:
it is to my knowledge? but perhaps some Freikorps/volunteer group thing in some chaos in eastern europe?
Click to expand...

That just gave me the image of a Germanian expy of Millennium serving as mercenaries in Eastern Europe well plotting to restore Germania.

So I have this to say: having just watched The Boys, I have never seen a fictional character that would fit more in the Madnessverse than Homelander. He's charismatic, brilliant, utterly evil and immoral, with just enough fucked in the head thrown in. Plus Antony Starr played him with all the affable evil I'd expect from Steele or Oswald.

HIM Dogson said:
So I have this to say: having just watched The Boys, I have never seen a fictional character that would fit more in the Madnessverse than Homelander. He's charismatic, brilliant, utterly evil and immoral, with just enough fucked in the head thrown in. Plus Antony Starr played him with all the affable evil I'd expect from Steele or Oswald.
Click to expand...

I thought it was an okay adaptation but I LOVED the Homelander, I thought it was a much better take on the character to make him a schemer with big plans rather than a pathetic child whose acting out for attention and whose whole plan is "take over the world because no one should be able to tell me no".
Threadmarks
You must log in or register to reply here.
Top
Top