What if Crisis on infinite Earths was a Marvel comics event 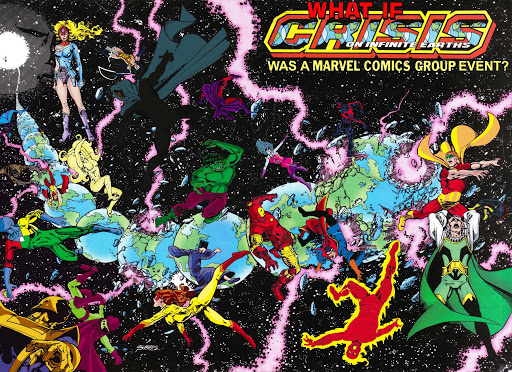 Someone on Facebook (that's where I discovered it edited Crisis on infinite earths with Marvel Characters (and Characters Marvel had the license for at the time & in the future) and finishing the story lead me to wonder about The Marvel universe in this alternate 1986 and beyond as in the end
Thor and Nova (Rick Ryder) go to Asgard which is forever separated from Earth .
Nomad (Jack Monroe) has taken over the Captain America title as Steve Rogers died (replacing Flash).
Doctor Doom has become the new Herald of Galactus.
The Surviving members of the Squadron Supreme are now part of the 616 universe
Human Torch & Quicksand (an obscure Thor villainess) have a relationship
Black Panther loses the use of his legs
Blob has joined the X-men
And the following characters were killed:
Captain America (in place of Barry Allen)
Lady Sif (in place of Supergirl)
Crystar of the Crystal Warriors (and everyone from that series)
All of Malibu comics Ultraverse
Nighthawk (from Squadron Supreme)
Rachel Sommers
Arcania (Squadron Supreme)
White Tiger
Namorita
Leigon
So what happens next do Members of Squadron Supreme join the Avengers?
Does the New Warriors form without Nova & Namorita?

Do you have a link to the original post please?