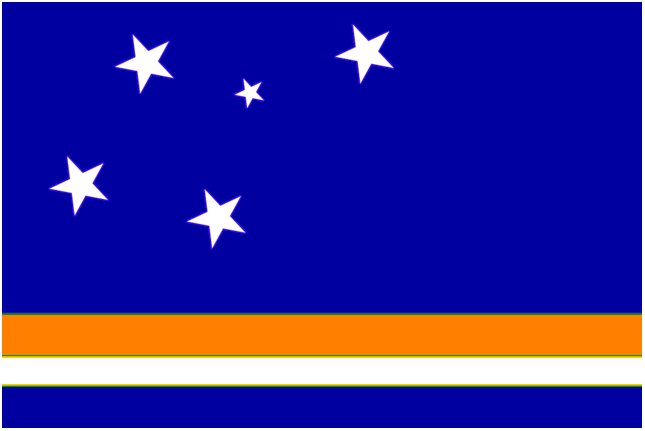 This isn't the entries thread.

That looks like a nice alternative flag for Australia. But that's not this week's challenge.

Deadline for this week's challenge is tonight (BST). We've only got two entries - which is one more than enough! - but if anybody wants me to leave it open longer, just let me know.

Is the Poll up yet?

So I won with this:

Originally Posted by The Professor

The state is a feudality ruled by the Grand Pan on the outskirts of the ruins of Paris.
Saint Peter and his menagerie feature heavily in the local art.
The flag is based on the traditional arms of the Pan - a golden castle surmounted by 3 stars.
Click to expand...

Your mission is to design the flag, and outline brief history, of a state popularly known as The Commonwealth.
The state was previously dominated by a single ethnos but this has now been (mostly) corrected by recent constitutional changes.

We have a tie!

Dom João II said:
The Commonwealth of New England was founded after gaining independence from the United Kingdom and was a foremost trading power in the Atlantic due to its commercial and Maritime traditions. It was ruled with an iron fist by the premier trading families of the Commonwealth who selected a Grand Mayor from among their ranks. The Lower classes did have a vote in the government; it’s just that a man with property just happened to have twenty. This continued for a good portion of the 19th Century, when along came Charles Roosevelt; Roosevelt was a charismatic and populist leader and enacted many reforms that gave everyone a vote in the Grand Mayoral election. The government was mostly left unchanged; they only left the oligarchic patrimony of North America. 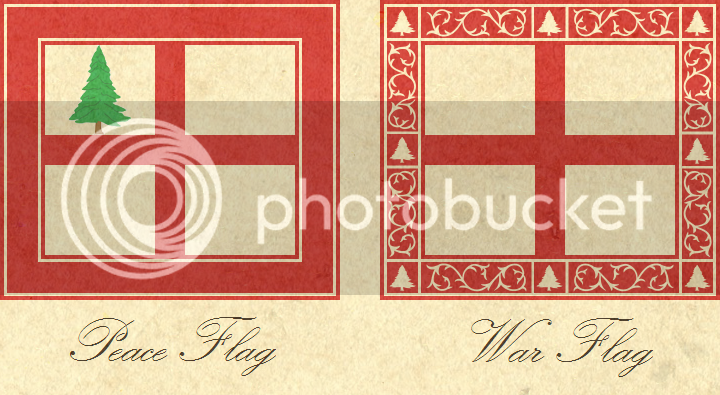 xt828 said:
The Pacific Commonwealth was established out of that portion of the American Zone of Occupation of Japan which had formerly been the South Pacific Mandate. The flag is UN blue, representing both the UN under whose aegis the AZOJ operated, and the Pacific Ocean. The orange disc is a stylised island, bordered by white sand, representing all the islands of the nation, brought together as one.

As xt828 has conceded victory due to lacking time for one, the next challenge

Flag Challenge 112: The Leader of the Band

Your mission is to design the flag, and outline the brief history, of a state that leads an international alliance.

Please could we have a 48 hour extension to the closing date for entries? So far there's only 1 entry.

I am willing to offer one yes...

Dom João II said:
Flag Challenge 112: The Leader of the Band
(Cookie if you recognize the name's origin)
Click to expand...

Probably not this, but my grandpa used to sing a song that I think dates from the 1930s:

ah-sue said:
Probably not this, but my grandpa used to sing a song that I think dates from the 1930s:

The name is itself a song.

Hmmm so I won with this:

The European Communion (Europska Kommunion) is the leading state of the International Communionist Alliance or InterKom
It formed as the Carpathian Empire collapsed into revolution following The Great War.
Initially aiming at a Europe-wide Communionist Federation, nationalistic fervour limited it to Eastern Europe; though the Nordic Communion, Finnish People’s Republic, Communion of German Republics, did ally into what became InterKom. 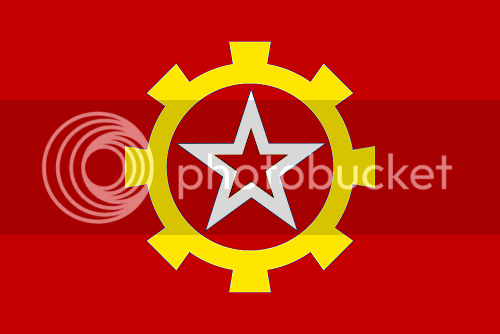 
And on to the next

And the Winner is...

Your challenge, should you accept it, is to design a flag and give a brief outline for a dualistic nation which is a union of some variation between two countries, in the vein of Austria-Hungary.

-Both nations must be on relatively equal terms, and must have entered into this union on their own accord (mostly).
-Unions can be outlandish as you want, as long as you give a sufficient reason.
-Monarchies, while preferred, are not mandatory.

As ah-sue has humbly conceded, congratulations to Marc Pasquin for his Union of Norway and Scotland entry!

Marc Pasquin said:
The union of Norway and Scotland.

Because sometime the best remedy to constant viking raids is to marry the heir apparent to the royal princess.


Lapsed Pacifist said:
As ah-sue has humbly conceded, congratulations to Marc Pasquin for his Union of Norway and Scotland entry!
Click to expand...

"I want to thank my mum, my girlfriend and our Dark Lord Satan"

and now for the challenge:

"You have entered another dimension, one familiar yet, different. A dimension where Dragons rules countries and elves do......elf stuff......"

The challenge then is to make a national flag for a country in an heroic fantasy ATL. The only restriction is that the country in question must exist OTL so: Flag of Camelot, no, flag of the UK ruled by the House of Pendragon, yes.

And the Grand Winner is (pom-po-po-pom !)

The Professor 's BANATE OF ARDELIA

Apologies for the delay!


Flag Challenge 116: A Europe of Unions

OTL the European Union has proceeded from the common markets to a western europe supranational alliance and is now heading towards a 2tier federal political union; ATL there is an abundance of unions in Europe, from common markets to miltary alliances to multiethnic political unions.
Your challenge is to show the flag of one such (lowercase) european union and explain its design.
(edit: 300px height please)


BionicWilliam said:
In order to help the Balkans transition to democracy and capitalism, the then European Community develops the Balkan Union as a State Union with a Common Presidency and Foreign Affairs/Military (basically a larger State Union of Serbia and Montenegro) with it's excutive and legislative in Sarajevo and judical in Belgrade
Union Members are:
Albania (joined in 2000)
Bosnia & Herzegovina
Kosovo (joined in 1999)
Croatia
Macedonia
Montenegro
Serbia
Slovenia