Does the USA have any allies outside of N. and S. America besides New Zealand and Australia?

I'd imagine maybe Liberia but other wise probably not.

Virginia Liberal said:
I'd imagine maybe Liberia but other wise probably not.
Click to expand...

Probably, US might use Liberia for supplying anti-colonial forces in Africa

In early 1943, upon hearing of the news of the successful test flight of the XP-70 turbo fighter, the US Navy would set a requirement for their own such plane to the McDonnell Aircraft Company. The company would soon get work in developing the plane, incorporation such features as a bubble canopy, tri-cycle undercarriage, arrest-hook system for carrier deployment, and most importantly, a pair of Westinghouse J30 axial-flow turbo engines each producing 1,360 pounds of thrust. The aircraft would have it's first test-flight in January 1945, which the navy would be impressed with the prototype, and would soon order 70 such airframes from McDonnell, with the type officially entering service with the Navy in 1947, becoming the first operational turbo-fighter to be carrier-based. Later in the year, the first planes would be fielded by VF-501 aboard the aircraft carrier USS Intrepid, which it's shortcomings would soon be shown, notably in having a light armament of only four .50 caliber machine-guns and eight 127mm rockets, making inadequate for the desired role of ground-attack in addition for it's planned role as interceptor. During it's short career, the FD-1 would be used mainly for training pilots transitioning from propeller aircraft to turbos for carrier operations, being withdrawn from the USN's inventory in 1949 in favor for the new F8A Panther.
Click to expand...

Designed in the 1920s with the role of providing reconnaissance for a naval squadron at sea as well the novel concept of an airborne aircraft carrier, the Akron class was constructed in the early 1930s and would be commissioned in time to see some service during the Pacific War. The class was powered by eight Maybach VL-2-12 cylinder engines with four on each side and each nacelle having a pair of three bladed propellers on each side. These can power the craft to a speed up to 55 knots cruising speed and up to 69 knots at full speed. The most important feature to the Akrons were it's unique hangar, which could accommodate 7 Curtiss F9C Sparrowhawk fighters an addition to a spy basket. The planes were launched and retrieved via a single launch trapeze while the spy basket could be lowered and raised via a winch system inside the hanger. The Sparrowhawks were initially intended to serve as scouts to extend the airship's recon range, but soon were relegated to the role of defending the mothership for enemy attacks. During the Pacific War, the USS Akron and USS Syracuse (ZRS-5) would be used heavily in the role of coastal patrol and for spotting Japanese submarines for US Navy destroyer flotillas to locate and destroy. However, the Akron's career would be cut short as on April 4th, 1933 while 365 miles north of Oahu while scouting for a Japanese task force for the USS Ranger's battlegroup, she would be intercepted and shot down by a formation of Japanese A5M fighters despite the best efforts of her Sparrowhawks and her onboard gunners in defense. The three survivors of the crew would be captured by the Japanese cruiser Myoko where they would be transported back to Japan to spend the remainder of the war as POWs until being repatriated in late 1934. The second and only other member of the class, the Syracuse, would have a much longer career than her sister, where in 1940, she would fitted out with radar and her older F9C fighters were replaced by 5 modified F2A Buffalo fighters and in the early months of the Second Great War, would patrol the North Atlantic for enemy submarines and raiders until December 3, 1941 when she got caught in a terrible storm near Newfoundland and crashed into the sea, in which the patrol boat USS Ready was nearby and was able to rescue most of her crew from the water.

So, what do you guys think of the idea of the Union Armed forces fielding or at least experimenting with camo patterns at any point during the Second Great War?

S. Marlowski said:
So, what do you guys think of the idea of the Union Armed forces fielding or at least experimenting with camo patterns at any point during the Second Great War?
Click to expand...

Well the Germans did it in PTL and if i remember correctly so did the United States, but only in the Pacific as the US Army had a plan to use camouflage uniforms in Europe but decided against it as at the the only people wearing camo uniforms were the opposition.

The pattern that I was thinking about for US Army was the OTL Mitchell Pattern, which first came online in 1953 in our timeline in the Marines, and it is commonly seen as either pup tents and as helmet covers. 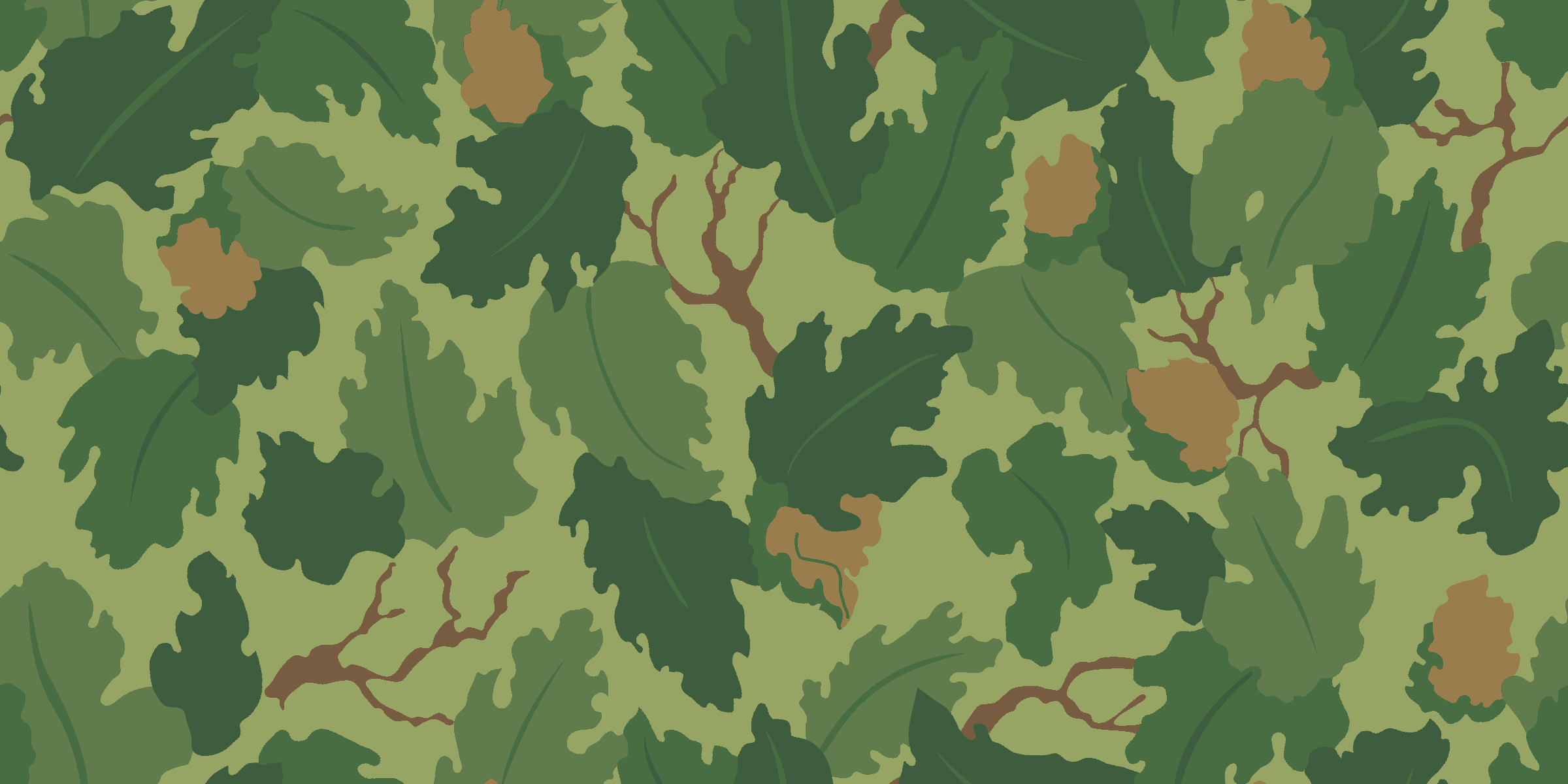