TL-191 Uniform, weapons and equipment of the Secondary Combatants.

OTL AG-39 with Rolls Royce engine from a Mk.II Spitfire and lengthened tail.

A Lohner-Werke LW. 175 of the 12th Austrian Fighter Squadron, Northern Ukraine, circa December of 1943.

These are my interpretations on what the French Eqivalent to the IL-2 would look be, which is the Potez 630 series.
For both of them, I had added a new powered rear turret and rails for air to ground anti-barrel rockets. 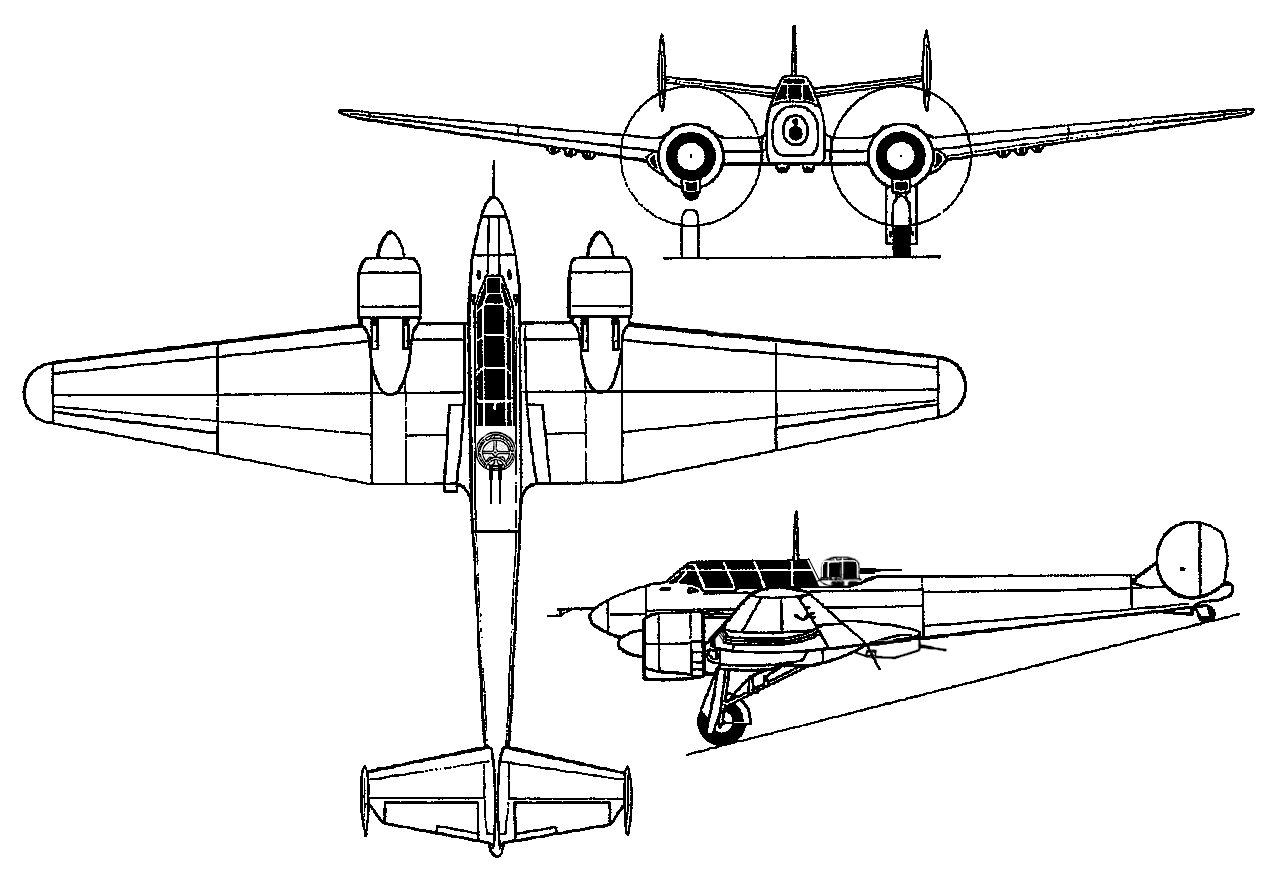 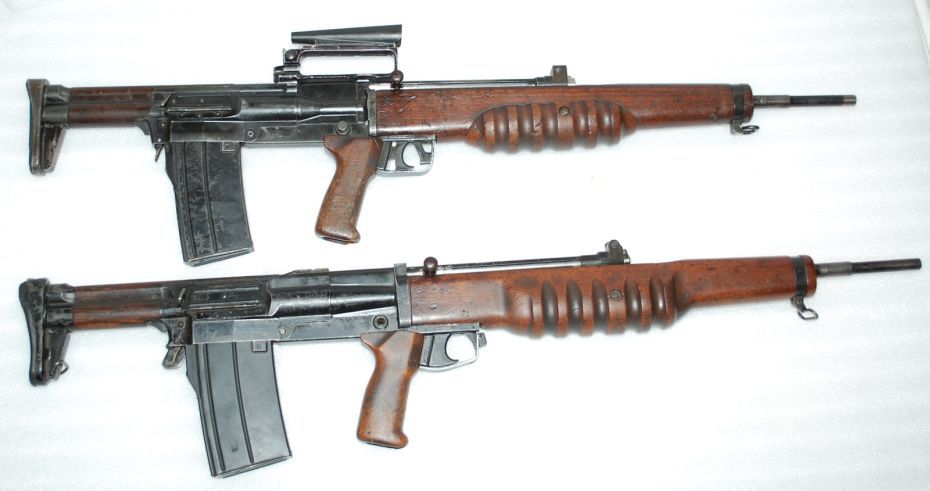 A photo of two Enfield No. 9 Mk. 1 Assault Carbines from the collection of the German Great Wars Museum in Berlin, circa 2013. 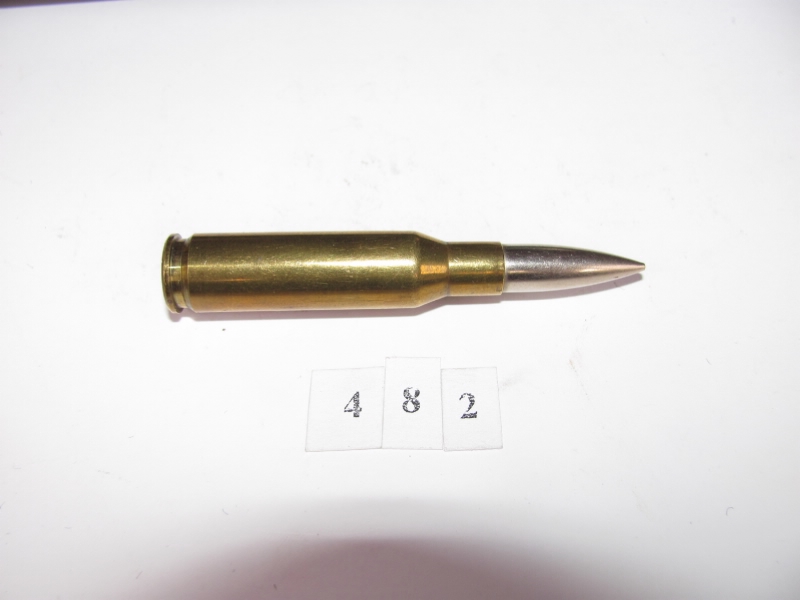 A photo of the .280 British cartridge.

In late 1937, Enfield would began research and development of a new type of rifle and a new cartridge which this new weapon was dubbed the Assault Carbine. By 1941, the first prototypes would be tested by the British Army and the early problems would arise, which during the course of the war, would be ironed out. The new cartridge in question was the .280 Enfield Cartridge, which was substantially smaller than the .303 cartridge that Britain used. During the Second Great War, there was numerous attempts by the British High Command to have the project terminated in favor of Lee Enfield bolt action rifle that was already in production, though all of these attempts were stopped by Oswald Mosley would had given the project a high priority, and by October of 1943, was finally adopted as the No. 9 Mk I rifle. However it took a while for Enfield to set up production due to the constant German bombing raids and the rifle would enter production in late January of 1944. The rifle in the last months of the war would be mainly issued out to elite infantry units such as the Coldstream Guards and the Black Watch which the rifle would see heavy action on the Western European Front, where it also encountered the German Sturmgewehr 44 rifles. A grand total of 42,702 rifles would be manufactured by the time of the British Surrender in July of 1944, and only a handful of these Assault Carbines would survive to the present day. Historians all agree that though the rifle was ahead of it's time, it came too little too late for the British to turn the war situation around.​

SG-43 Goryunov - 7.62x54mmR. A late war Russian Medium Machine-Gun designed to replace the PM-1910, used until the late 1960s by the Russian Military.
DS-39 - 7.62x54mmR. An intended replacement for the PM-1910 machine-gun developed during the 1930s, but however production was discontinued after 1941 due to mechanical problems.
DShK - 12.7x107mm. The standard heavy machine-gun used by the Russian Armed Forces during the GW2, usually used on tri-pods, wheel mounts, or mounted on vehicles or ships.
DP-28 - 7.62x54mmR. The standard infantry machine-gun of the Imperial Russian Army during the GW2 with a total of 626,000 guns produced. DT-29 was a vehicle mounted adaptation of the DP-28.
PM-1910 - 7.62x54mmR. Standard stationary machine-gun for the Russian Armed Forces from 1910, a derivative of the Maxim system which was used by many other nations.
PV-1, and aircraft mounted variant of the PM-1910, which many were converted to ground use during the GW2.
Maxim-Tokarev M1925 - 7.62x54mmR. A half hearted attempt to develop a light machine-gun adaptation of the PM1910, were mostly used by rear echelon units during the GW2.
RPD-44 - 7.62x39mm. A limited use machine-gun that was developed for the new 7.62mm M43 Cartridge, only 1,000 saw combat during the waning days of the 2nd Great War. Ultimately replaced by the RPK series of LMGs in the 1960s. 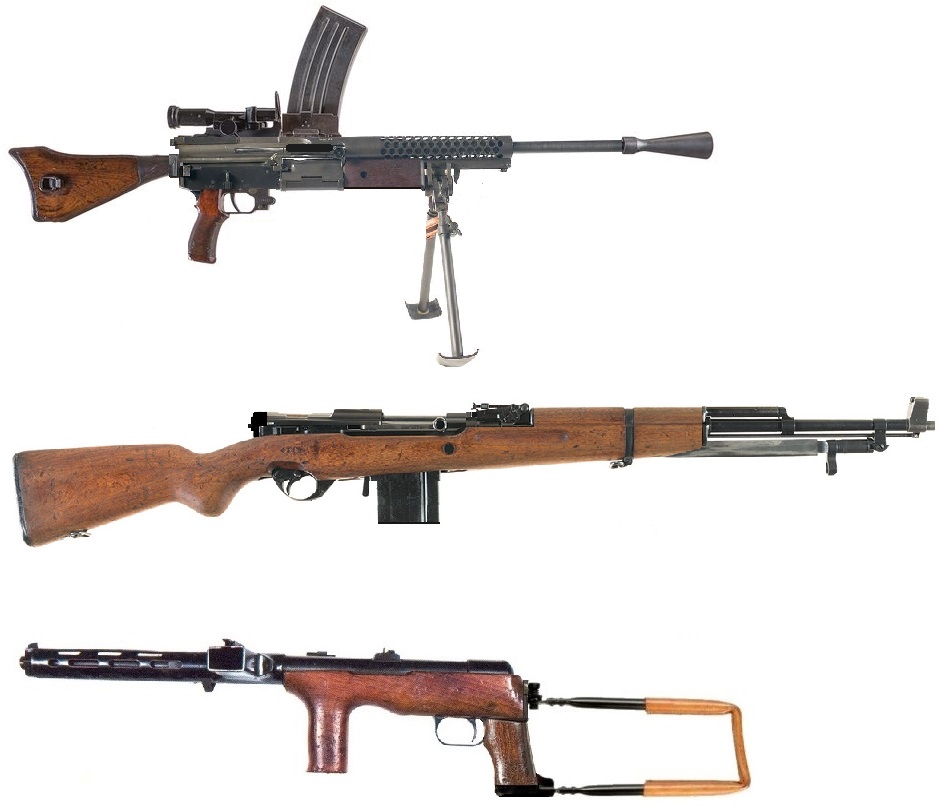 From top to bottom:
Top - Type-99 LMG adopted in 1939 chambered in 6mm. the type-100 was partly influenced by British and French light machine guns that were top-fed by a magazine instead of belt fed such as the British Bren gun. The type-100 was a well made and reliable weapon with light recoil (for an LMG) and was very popular with Japanese infantry, Marines and a special version with a folding stock and forward pistol grip was made for Japanese paratroopers.*

Middle - Type-99 Nambu semi-automatic rifle chambered in 6mm. The Type-99 Nambu was an Imperial Japanese navy development and was ordered because the IJN did not want to adopt the larger 7mm caliber that the army had ordered in 1939. The Type-99 Nambu was one the few semi-auto rifles to see service in the SGW and was the main service rifle of the Imperial Japanese Marines, the Japanese army also showed an interest in the rifle and ordered a version in 7mm but the new version never got past the prototype stage.**

Type-100 Nambu SMG adopted in 1940 and chambered in 8.22mm. The Type-100 was a licence built copy of the Erma EMP but chambered in 8mm instead of 9mm and had a curved 30 round magazine, the Type-100 also came with a folding stock and a pistol grip behind the trigger, the duel pistol grips made for an easy handling sub-gun.
The Type-100 was issued to all Japanese front-line troops of both the IJA and IJN and was a popular weapon with various rebel and guerrilla forces in Asia post war.***

* IOTL the Japanese Type-99 was heavily influenced by the Czech ZB vz-26 but ITL-191 Czechoslovakia was butterflied I also butterflied the OTL Type-99 and its predecessor the Type-96. ITTL the Japanese army request for adopting the 7mm caliber round for its rifles and MG's comes a year later.
My design was made from combing parts from the OTL type-99 and the Johnson M1941 LMG.

** IOTL the Type-99 was made by Ariska and was a bolt action chambered in 7mm, here I had the IJN order a new rifle in the veteran 6mm caliber from Nambu and Nambu develops a semi-automatic rifle.
My Type-99 was made from combining parts of an SKS, M49 FN and the Swiss K31 Schmidt Rubin.

*** The OTL Type-100 SMG was influenced by the Bergmann M-35 but had some changes made that according to historians were not for the best, here the Nambu makes a straight copy the Erma EMP instead except for adding a curved mag, duel pistol grips and a folding stock, I don't believe any of these changes are radically high tech and could've been easily made by Nambu.
My Type-100 was made from an Erma EMP and parts from a Madsen SMG and an M1 Carbine paratrooper variant.

I have the Japanese make some slightly better firearms than they did IOTL because one, its more fun and two, having done much better in the First Great War and not being out-gunned and outnumbered in the SGW I felt it there would be less pressure on Japanese industry and so making my alternate designs somewhat plausible.

@cortz#9 In addition, the Japanese had a small war against the USA before WW2. This could have helped work out some early flaws and give them a less deadly experience then OTL against a fully modern army.

Undeadmuffin said:
@cortz#9 In addition, the Japanese had a small war against the USA before WW2. This could have helped work out some early flaws and give them a less deadly experience then OTL against a fully modern army.
Click to expand...

I forgot about that but yeah that fits in with my idea that Japanese industry might be better in TL-191.

Undeadmuffin said:
@cortz#9 In addition, the Japanese had a small war against the USA before WW2. This could have helped work out some early flaws and give them a less deadly experience then OTL against a fully modern army.
Click to expand...

That war was such an inconsequential event and something that made me wonder why would Japan even start a war with the USA during the 1930`s.

In my own head canon, it never happened.

The Russian Imperial Eagle decal on the Russian Helmets of the SGW. 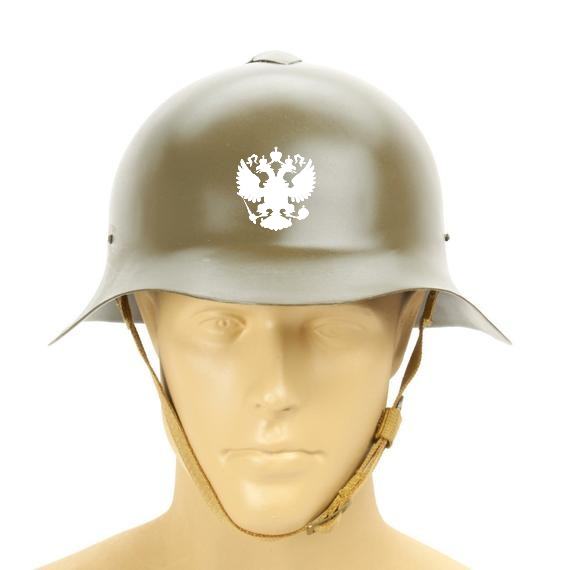 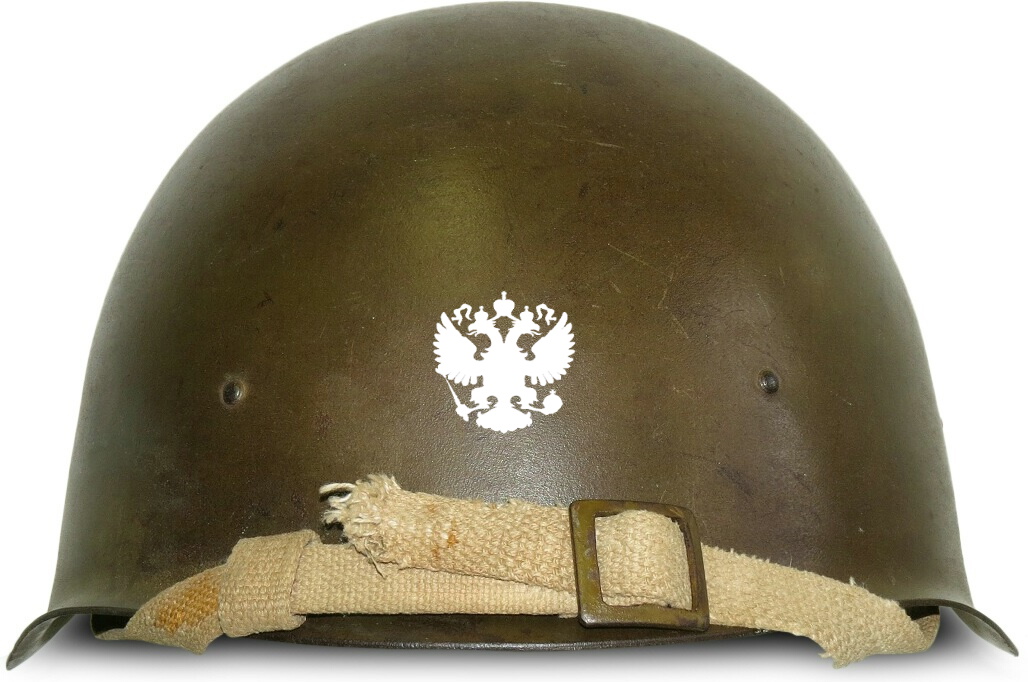 The Modello 1911 was similar to the CS made Tredegar except for the barrel being four inches shorter.

Pieper 1886 revolver carbine: capacity 9 rounds of 44 cal.
Originally issued to Mexican cavalry troops the Pieper found a wide market in the CSA, popular with both law enforcement and outlaws as well as various native American tribes.
The Pieper was dubbed "The Gun that won the West".

The Pieper would see a resurgent climb in sales shortly after the turn of the century when a new variant chambered in 9mm Ferguson was introduced. Good numbers of Piepers were carried by CS troops during the first Great war by officers, messenger carriers and many other enlisted men and was also a popular war souvenir prized by Union troops, the Pieper's sales in the post war Union was a surprise to the Pieper company and a welcome source of income to the Mexican economy during the hard times of the post war years.

The Pieper would have another surprising revival during the second Great war in the hands of Black revolutionaries in the Confederate states, many surplus guns were purchased for hunting during the inter war years and its short length made it ideal for guerrilla warfare in the thick woods and everglades of the Ole South.

IOTL the Pieper was chambered in 8mm and had a longer barrel. I don't recall ever seeing any references to the Henry or Winchester 74 lever action carbines in TL-191 and even if it was I imagine that in TL-191 it might not have been as popular so I took the Mexican Pieper and made a few changes to it such as shortening the barrel and adding a steel plate in front of the cylinder to prevent the discharge of the gun to cause smoke burns on the shooter's off hand and thus making the alternate Gun that won the West.
Last edited: Feb 12, 2020 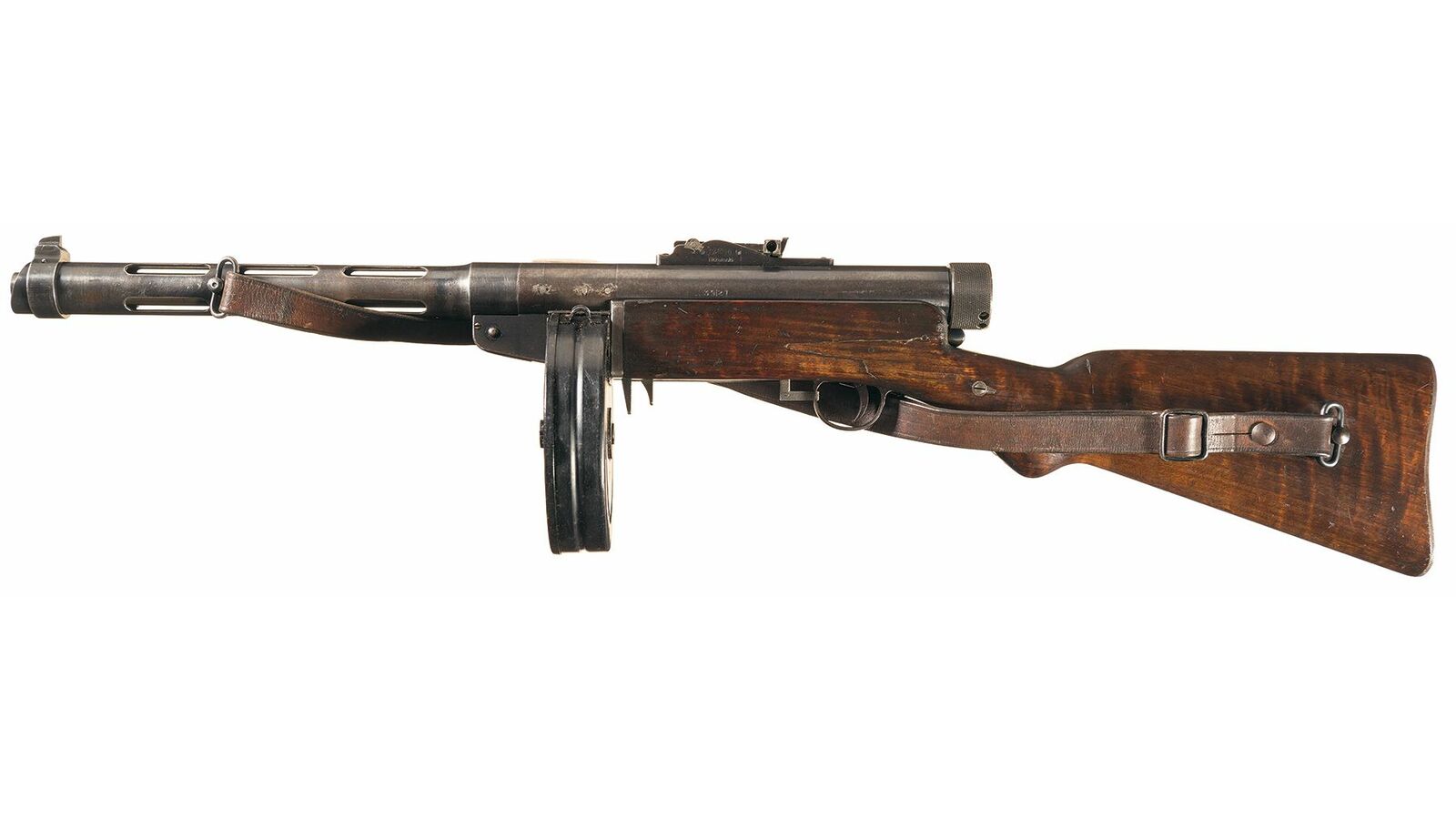 Introduced in the early 1930s with the Finnish Military, the KP-31 was well regarded as one of the best submachine-guns of the Second Great War. The weapon was well regarded for it's high rate of fire, controllability, and most of all, being very accurate for a submachine-gun. The Finns would use the weapon to deadly effect during the Lappland War against the Imperial Russian Army, which many were using the inferior PPD-40 and PPS-43 submachine-guns. The only major disadvantage to the weapons was the high production cost, which prompted the Finns to develop the KP/-46, which was clone of the PPS-43 in 9mm Parabellum. In addition to the Finnish Military, other users of the weapon was the militaries of Germany, the Baltic Duchy, the Ukraine, Ottoman Empire, Poland, Austria-Hungary, Albania, Sweden (whom developed their own localized copy known as the m/37 and m/37-41 SMGs, Norway (who purchased 2,000 guns for their military to fill their SMG gap in 1942), Denmark, Switzerland (also locally producing copies as the Hispano-Suiza MP. 43/44), Persia, Bolivia, Paraguay, Spain, and Quebec (whom purchased 500 guns for their Police Forces.)

Pieper Model 1893 "Cazador".
Chambered in 444 caliber the Cazador (Spanish for hunter) had a longer barrel and a longer ranged and harder hitting bullet than its earlier predecessor. The Cazador was very popular with hunters and even Teddy Roosevelt owned two Cazadors.

The Cazador became a deadly sniper rifle in the hands of black partisans during the Second Great War.

I can see France making this helmet in the last months of the SGW as a last ditch design. (which this helmet btw is the OTL M45 "Jeanne D' Arc"

I can see France making this helmet in the last months of the SGW as a last ditch design. (which this helmet btw is the OTL M45 "Jeanne D' Arc"
Click to expand...

Seems complicated to make and would take more material than something simpler, like a version of the CSA's steel pot. In extremis you'd want to go for the quickest and most economical way possible to get things out there.

Jack Brisco said:
Seems complicated to make and would take more material than something simpler, like a version of the CSA's steel pot. In extremis you'd want to go for the quickest and most economical way possible to get things out there.
Click to expand... 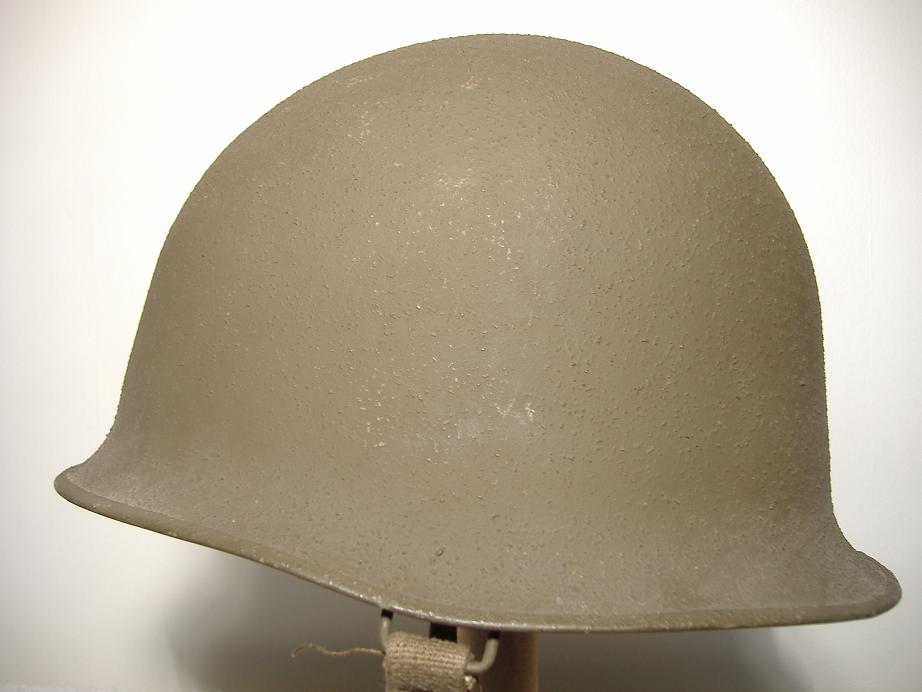 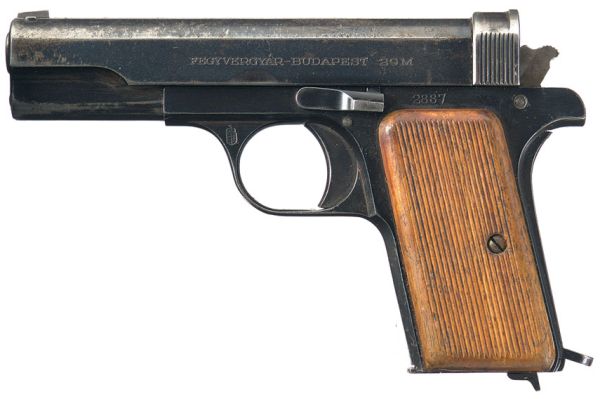 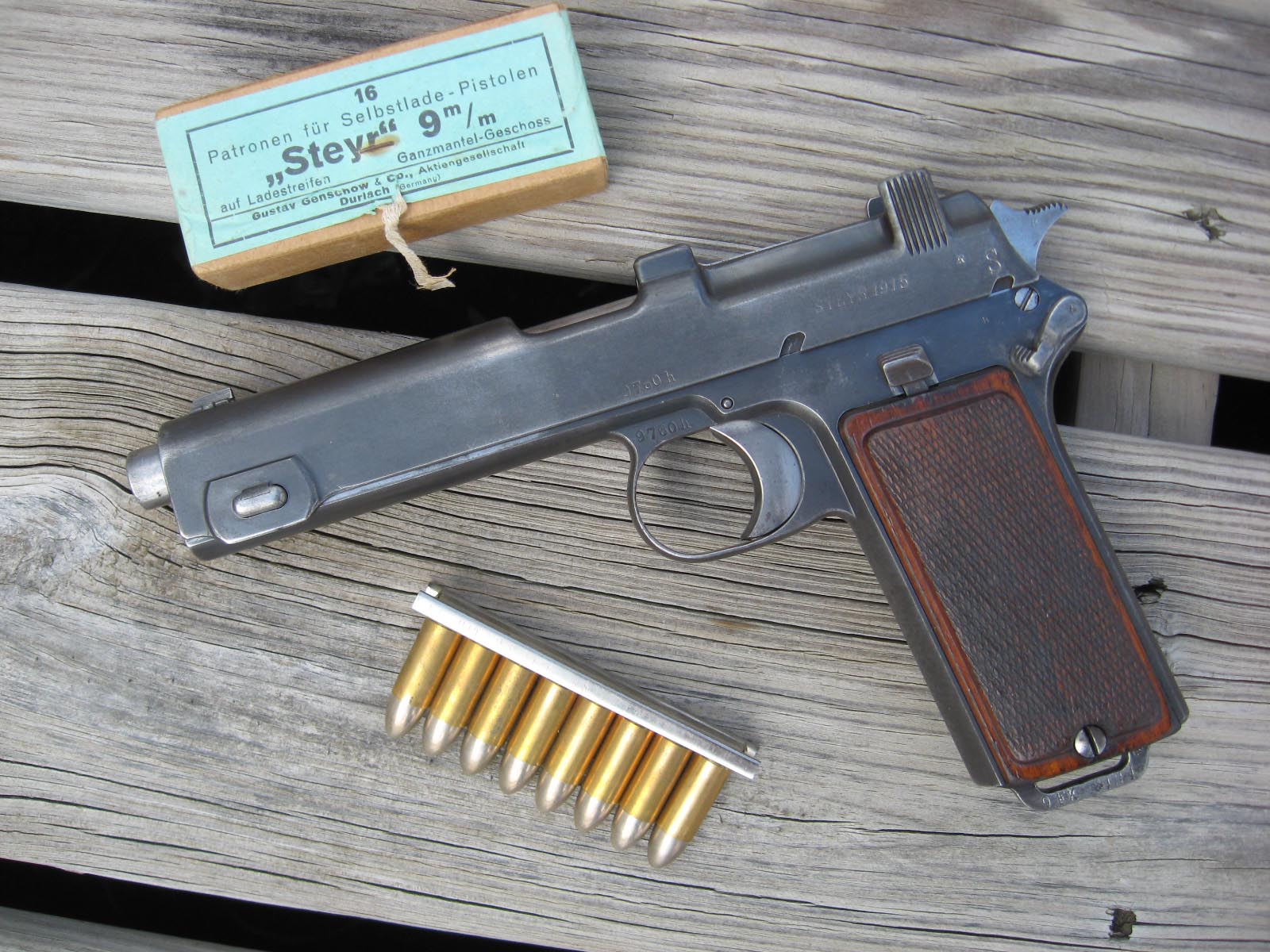