The only states to successfully secede were Caribbean islands with mixed Anglo-Hispanic populations. Louisiana was the only continental state to make a go of it, and their attempt was crippled by the storm damage that flooded New Orleans. In addition, the "Provisional Government" the Empire tried to prop up in the Northeast lacked any legitimacy from the get-go, and this combined with the indiscriminate bombing campaigns served to unify the rest of the country against the British threat. Finally, Hogan's purge of the rogue CPU officials and the Empire being forced to look inward after Quincy's attempted autocoup ensured that neither side wanted the war to continue, so any remaining separatists were hung out to dry.

Leonidas said:
the Empire tried to prop up in the Northeast lacked any legitimacy from the get-go,
Click to expand...

If I'm not mistaken. A funny tidbit about it is that this provisional government tried to privatize everything so much that they end up being heated by the people it was supposed to govern, and the British also end up hating it because, again, they tried to privatize everything. Privatization is iirc far less common in this TL, so government control is far more widespread as a result. Another funny tidbit is the """government""" in exile located in Toronto, it's as far as I understand it, the John Birch Society, it was created after the 17 revolution and the funniest part about it is that they were not even invited to the provisional government. So they are just very angry racists stuck in Toronto while claiming to be the legitimacy government and the British are just like "Uh huh, ok" proceeds to make own government.

For New England? That happened a couple months ago on the server--a live event; it's still on the server but Ashley's had an issue trying to compress the info into a single... thing for this thread.

farmerted555 said:
Kinda surprised the US hasn't been broken up yet.
Click to expand...

Somebody would need to actually occupy the whole thing for that to happen.

Kibbutznik said:
Somebody would need to actually occupy the whole thing for that to happen.
Click to expand...

Why would the US disintegrate? Pre-Hogan, the DSU was widely acknowledged as corrupt and authoritarian, but the state autarchic system was keeping millions of coal miners and other workers from the ravages of the free market. Not only this, but many groups, like Natives, bureaucrats, and even many average workers genuinely believed in the Union's mission. The US only exploded into conflict after years of Hogan's privatization efforts, and while the Caribbean remains independent, the American mainland is now firmly under his control.
Balochistan; Deparments of Balochistan 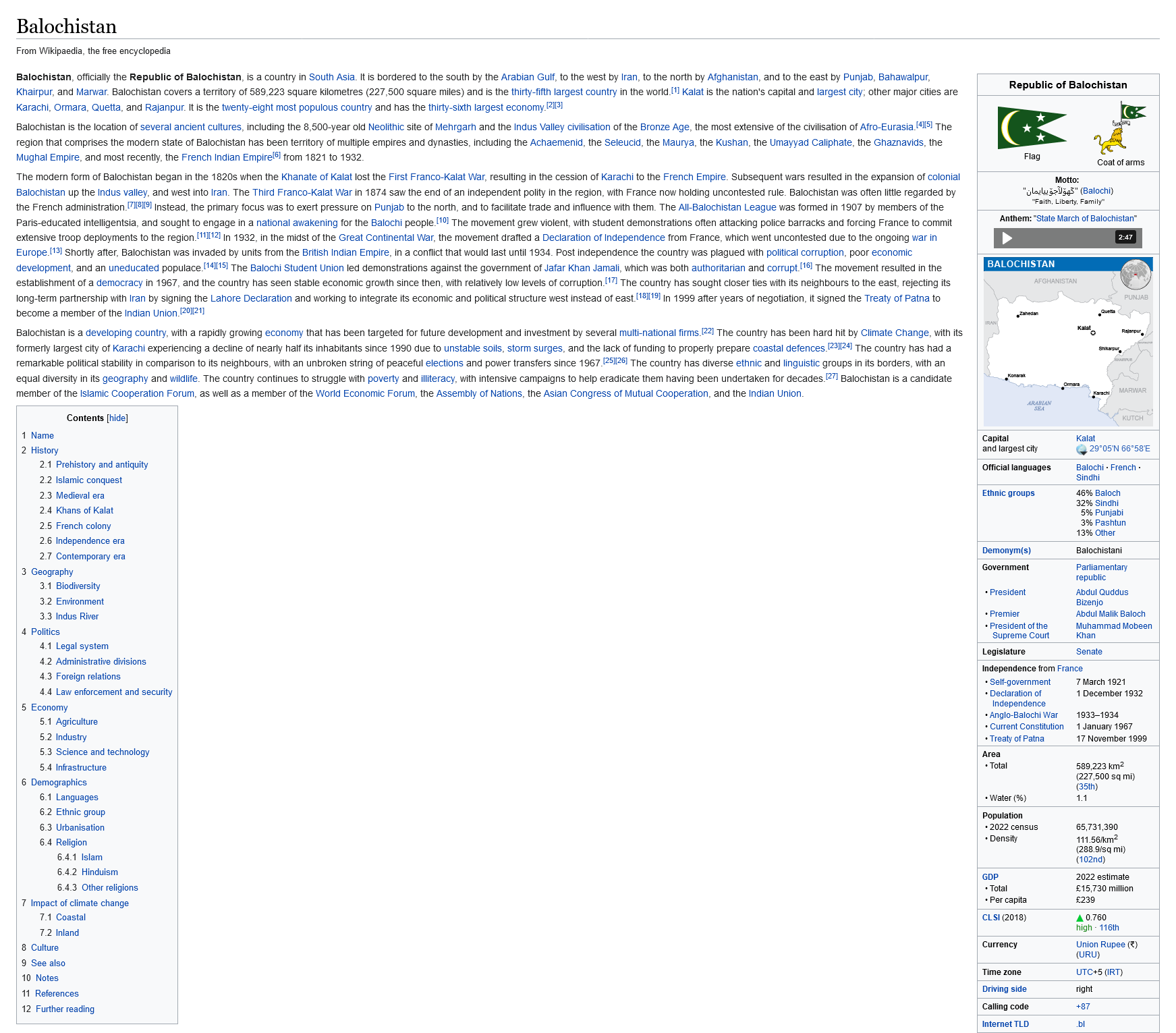 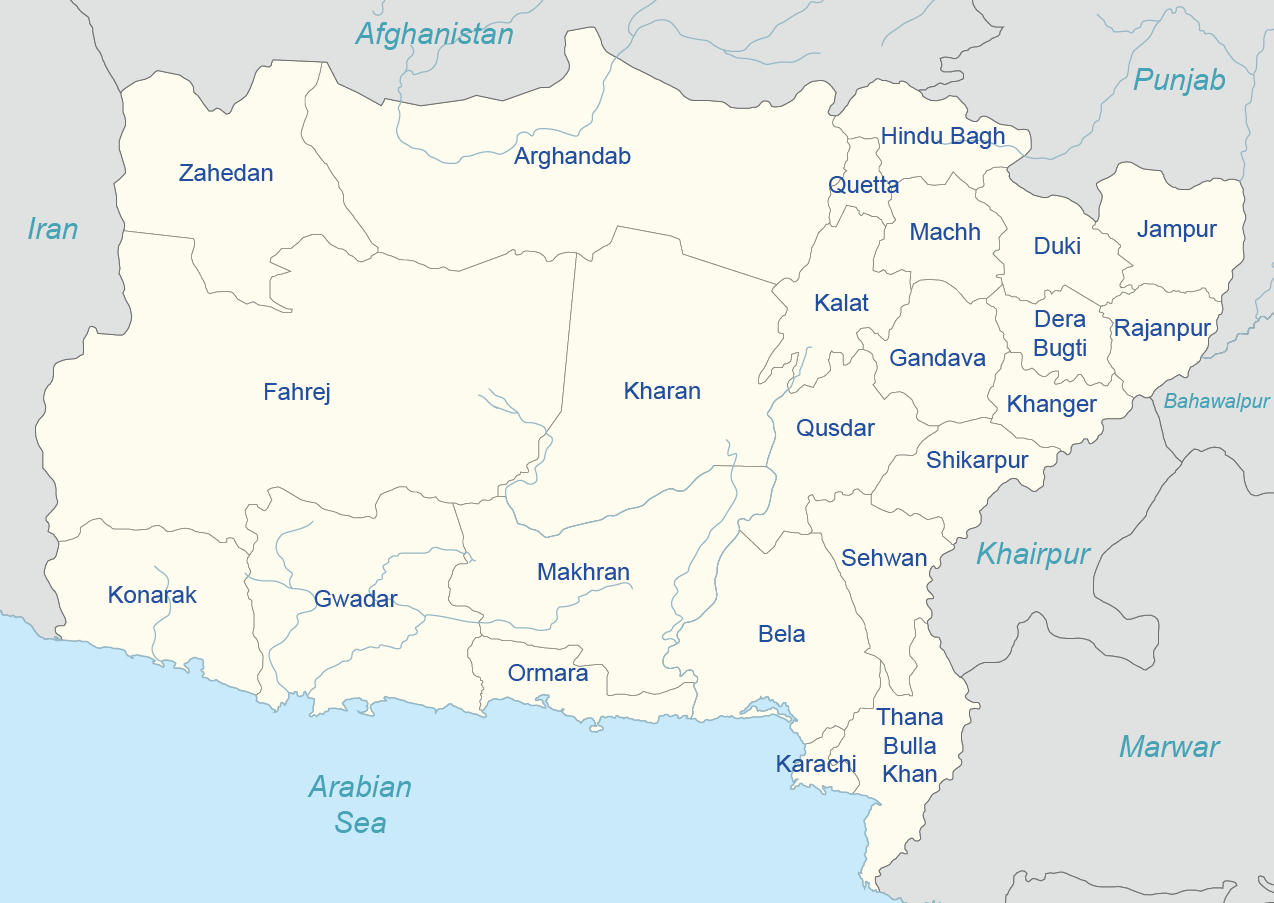 Interesting, how have the Balochis managed to demographically dominate the Sindhis, who in OTL are far more numerous?

Nizam said:
Interesting, how have the Balochis managed to demographically dominate the Sindhis, who in OTL are far more numerous?
Click to expand...

The khairpur Sindhis aren't a part of ittl Balochistan,so that's a reduction of number of Sindhis within its borders at least.

With respect, is there anything special happening in TTL today?

Aron MacEanraig said:
With respect, is there anything special happening in TTL today?
Click to expand...

Don't expect anything about the passing away of Elizabeth II for a week.
Syria; Presidents of Syria; City of Jerusalem; Governorates of Syria (2022) 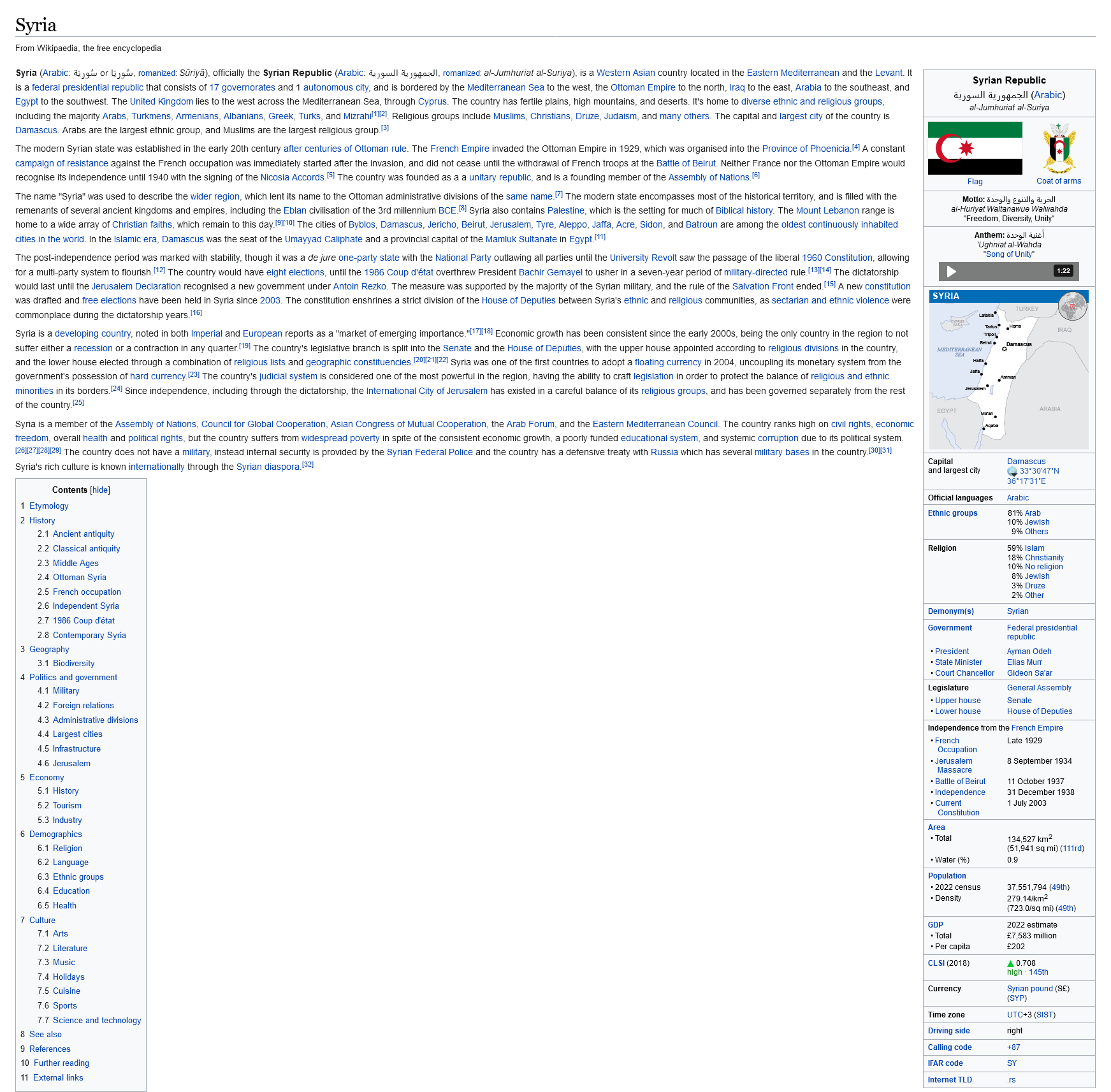 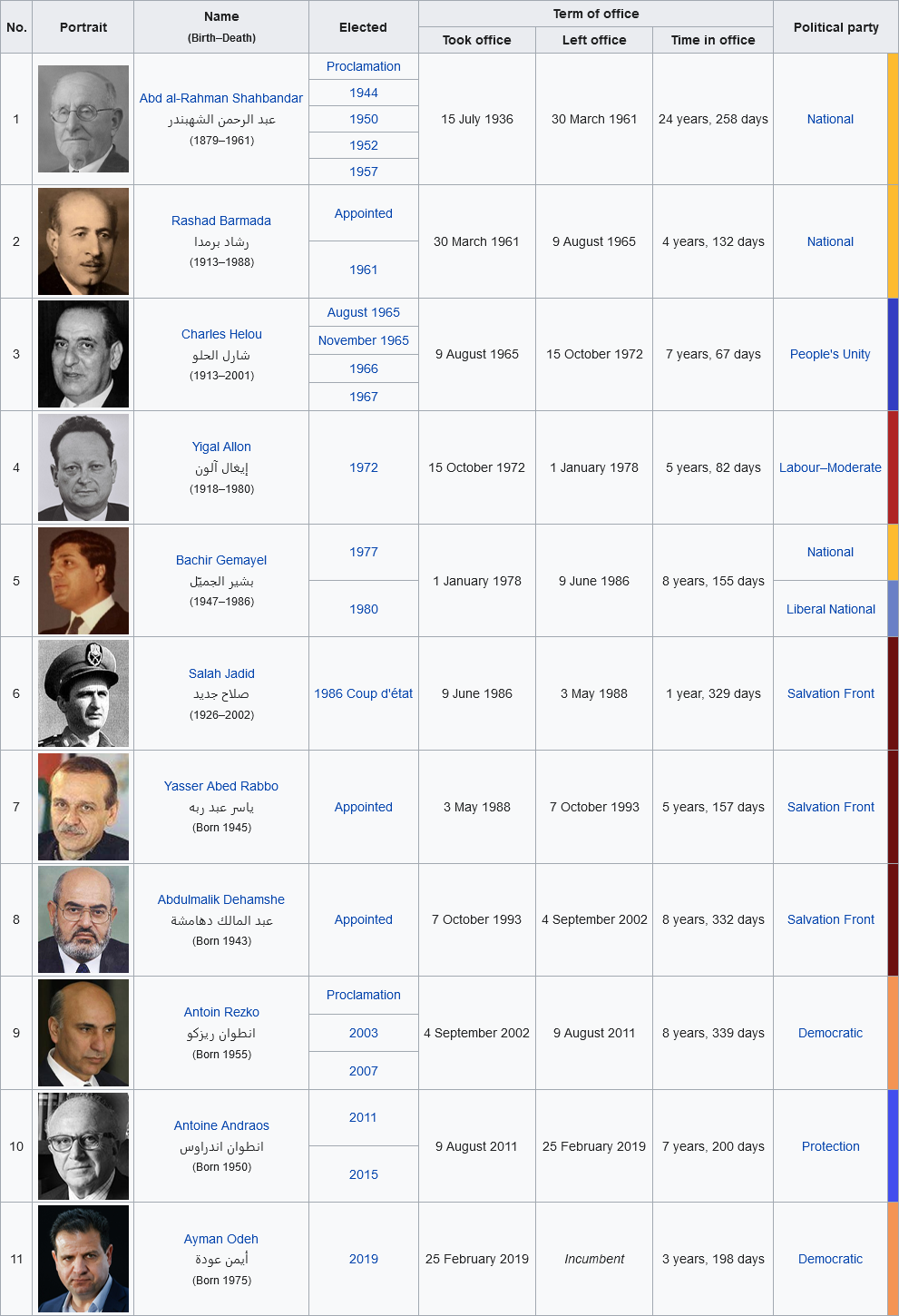 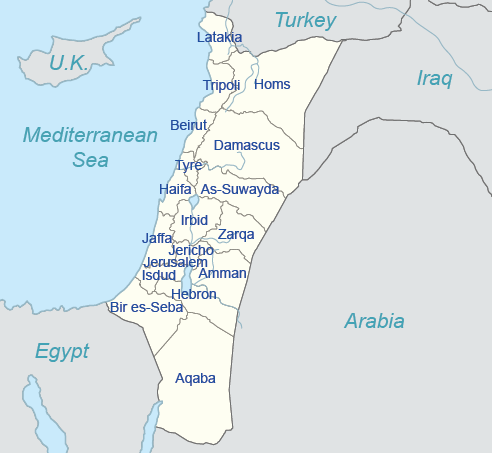 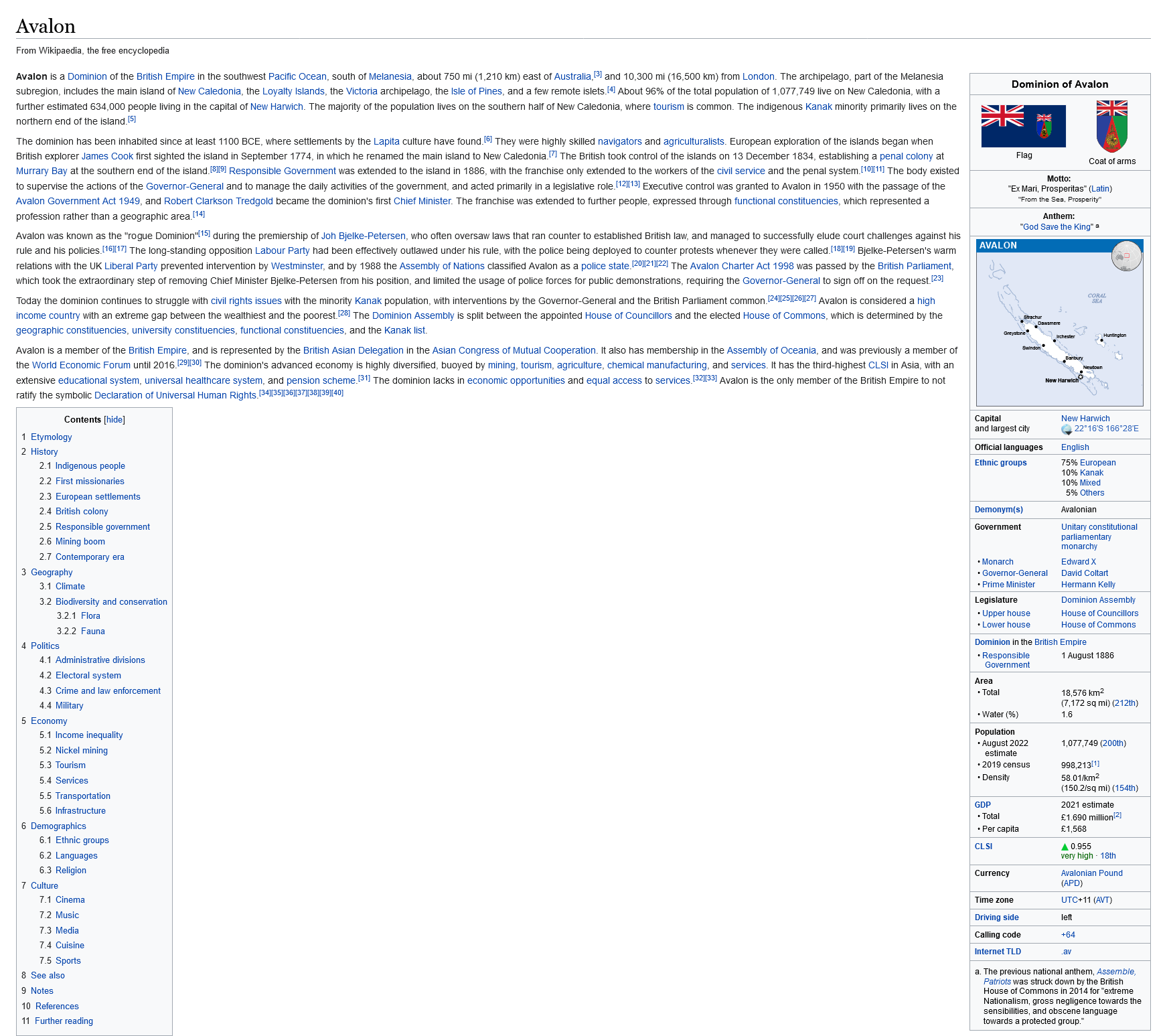 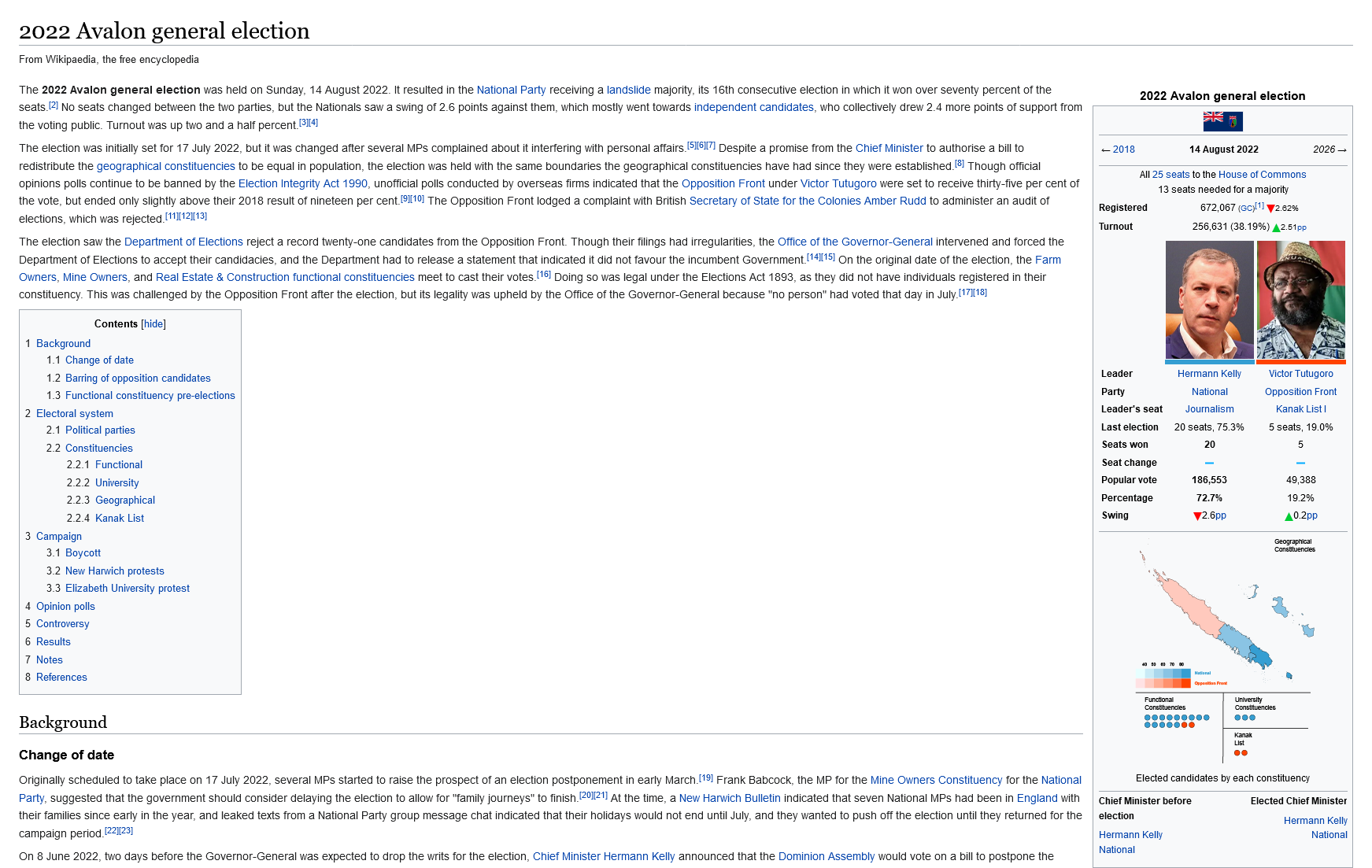 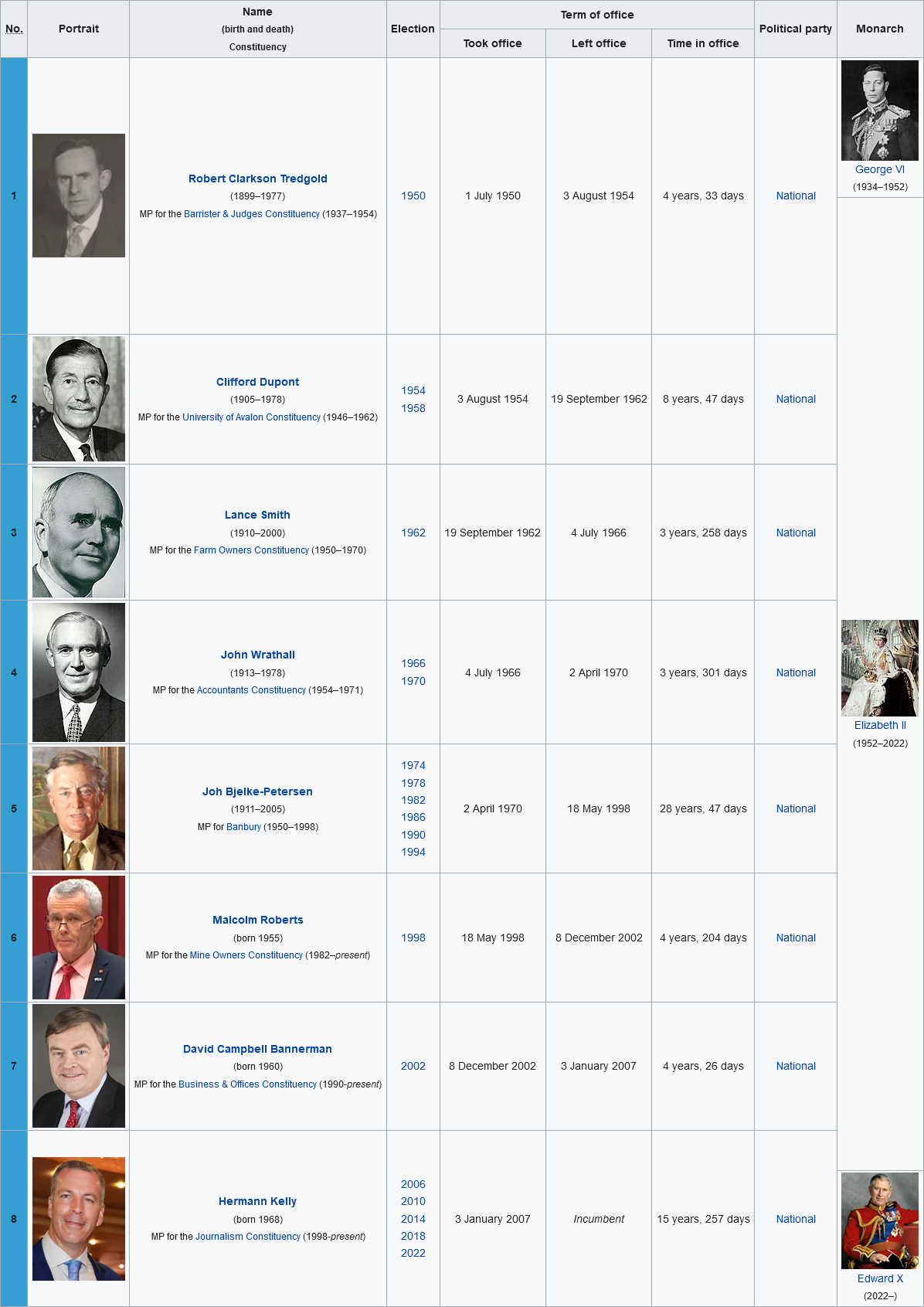 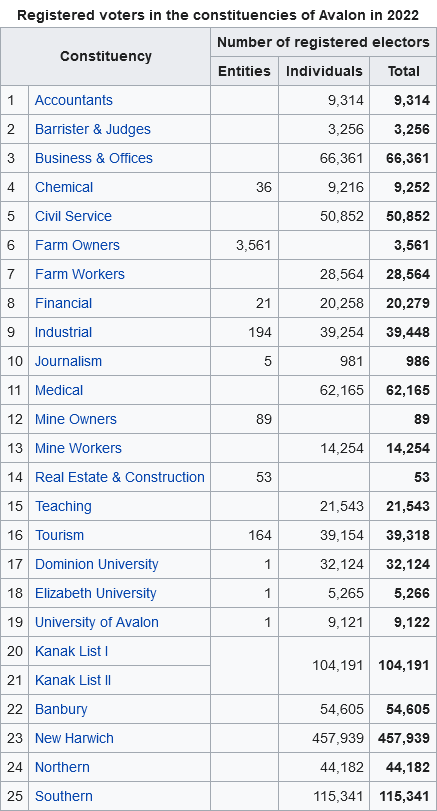 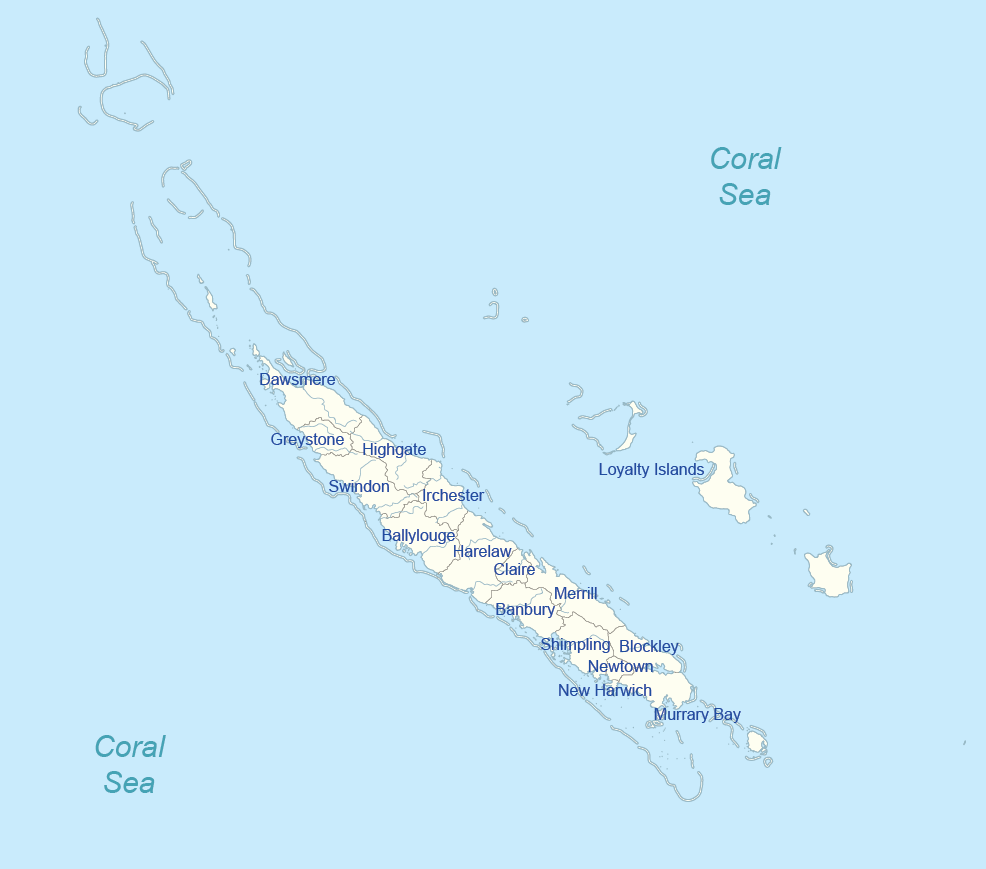 So, British New Caledonia, but with an infusion of both Singapore and Hong Kong? 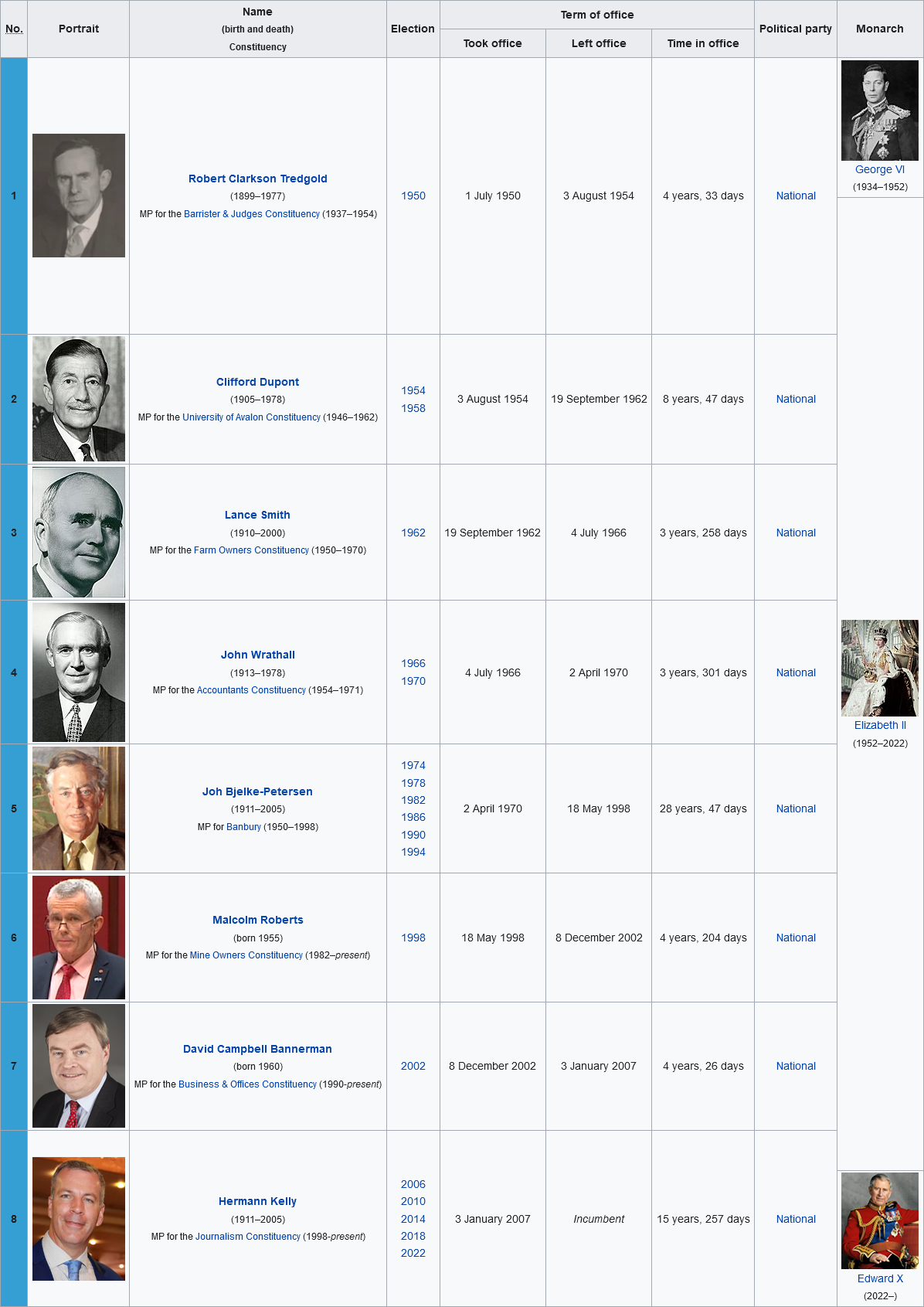 Let me guess, the Functional Seats voting Opposition are Farm Workers and Mine Workers, right?

Edward X is the result of Bertie taking the name of Edward IX, is that the case?

Analytical Engine said:
So, British New Caledonia, but with an infusion of both Singapore and Hong Kong?
Click to expand...

And lots of Rhodesia

Aron MacEanraig said:
Edward X is the result of Bertie taking the name of Edward IX, is that the case?
Click to expand...