The Rainbow. A World War One on Canada's West Coast Timeline

YYJ said:
great legacy of Empire is that Canada has inherited the traditions of the Royal Navy, a navy that has ensured no enemy sullied Britain’s shores since the time of William the Conqueror.
Click to expand...

Let us not forget Oliver Hazard Perry of "Don't Give Up the Ship" fame, and the Battle of Lake Erie.

Donor
I was waiting for the German cruiser guns to interrupt the meeting, I assume that the guns are firing a salute...

More significant would be Louis VIII of France. In 1216 (while still Dauphin) he landed in England in support of the rebels during the First Barons' War, and occupied London.

Anarch King of Dipsodes said:
More significant would be Louis VIII of France. In 1216 (while still Dauphin) he landed in England in support of the rebels during the First Barons' War, and occupied London.
Click to expand...

jlckansas said:
Let us not forget Oliver Hazard Perry of "Don't Give Up the Ship" fame, and the Battle of Lake Erie.
Click to expand...

Anarch King of Dipsodes said:
More significant would be Louis VIII of France. In 1216 (while still Dauphin) he landed in England in support of the rebels during the First Barons' War, and occupied London.
Click to expand...

marathag said:
Then you need to decide if 1688 was a proper invasion or not
Click to expand...

I must say you would all be fired as speechwriters for this fictional Sir Richard McBride. With an exclamation something like "I have no time for history professors! I am trying to stave off a wholesale panic!"

YYJ said:
I must say you would all be fired as speechwriters for this fictional Sir Richard McBride. With an exclamation something like "I have no time for history professors! I am trying to stave off a wholesale panic!"
Click to expand...

Yup, nothing drags fiery rhetoric down into the ignorable mundane like a pedantic recitation of facts.

Never let pesky things like facts interfere with what you want to be Truth...

NHBL said:
Never let pesky things like facts interfere with what you want to be Truth...
Click to expand...

Right? This whole chapter makes me hope that a coastal artillery piece misfires...

Wasn't the breech of one of the lager guns cracked and later welded? I beleive I made the wisecrack about the gunner wanting a hundred yard long lanyard

Driftless said:
Wasn't the breech of one of the lager guns cracked and later welded? I beleive I made the wisecrack about the gunner wanting a hundred yard long lanyard
Click to expand...

Good Memory. A 60 pdr. field gun set up in a coast defence position in Point Grey, Vancouver.
Such a state of alert

Rainbow arrived off Addenbroke Island, and Addenbroke lighthouse. A cutter was launched, and Brown detailed as one of the crew, with a more senior lieutenant commanding, and 8 men on the oars. Commander Hose was unwilling to leave the Rainbow’s bridge at such a state of alert, so he gave Brown a list of questions to ask the keeper. A tripod-mounted machinegun was lowered into the heaving boat. A pair of militia machine gunners passed down 6 boxes of ammunition belts, then climbed into the boat themselves. The cruiser stood in the middle of the channel holding station, and thus vulnerable, but with all her guns manned.

Addenbroke Light was another two-story square wood-frame house with a lantern light structure perched on the peak of the roof. The lighthouse sat atop a cliff at the westernmost point on the small island. To the right, a ramp led down to a boathouse closer to sea level, and several outbuildings were scattered about. The Fisheries launch Merlin was nowhere to be seen. The Rainbow’s cutter pulled through the swells, then passed by a reef, and approached the station’s wharf from the lee side. The keeper met them at the water. The two militiamen landed the machine gun and ammunition, along with their gear. Brown interviewed the keeper. No, he had not seen the Nürnberg, or any warship, at 1530 hours the day before or any other time in the last several days. No, he did not recall seeing the Princess Charlotte or Prince Rupert in that time period either. Yes, he had seen the Prince George, done up as a hospital ship. She had passed the lighthouse headed up Fitz Hugh Sound at 0900 hours that morning, and disappeared around Pointer Island Light in the direction of Bella Bella at 1030 hours. Brown asked questions from several other angles, but the keeper maintained that he could not speculate about what he had not directly observed.

The oarsmen pulled the cutter away from the wharf. The two militiamen looked somewhat mournfully at the departing boat. Brown saw the smoke of a ship coming from the south. As the cutter approached Rainbow, the Otter passed by, and gave several cheery toots of her horn. The cruiser recovered her boat, and got under way, headed north. Brown reported his findings to Commander Hose.

“So the Nürnberg and what we presume is the Princess Charlotte entered the north end of Fitz Hugh Sound at around 1430 to 1500 hours yesterday,” said Hose.

“According to the Fisheries patrol,” said Brown.

“And the Fisheries boat said it was run down, which implies the Germans were at speed.”

“Yes sir, that it does,” replied Brown.

“What is the top speed of the Princess Charlotte again,” asked Hose?

Hose glanced down at his own ship and chuckled for a moment. Then he looked at Addenbroke Light, just drawing astern. “So they could have arrived here at 1530 to 1600 hours yesterday, but they did not. No one has seen them leave Fitz Hugh Sound. And, we have no reported position of the Prince Rupert since the day before that. Never mind the Princess Sophia, and the Galiano.” Hose considered the situation. “The meager intelligence we have suggests that both the Prince Rupert and the Princess Charlotte have at least some armament. Plus the Galiano has a 6 pounder… That makes four possible commerce raiders on the coast.”

The gun crews stood by at their stations, ammunition handlers wearing white flash hoods. The lookouts swept the coastline. And so it went. 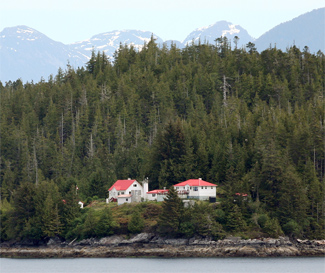 Five raiders--that's got to be terrifying, even uf there aren't that many actively raiding due to number of crew available. Nice the way they dissect the situation.

It's like trying to find several porcupines in a dark room by the braille method... Woof !
Last edited: Jan 30, 2020

This is like in the horror movies when you see the guy going further down into the dark cave! And your screaming 'Dude - What are you doing'?

Wouldn't it make more sense for Rainbow to try and plot a point where they think Nürnberg might show up and try to ambush them, rather then amble into a gunfight?

Tonrich said:
Wouldn't it make more sense for Rainbow to try and plot a point where they think Nürnberg might show up and try to ambush them, rather then amble into a gunfight?
Click to expand...

It would certainly make more military sense, absolutely. Unfortunately the Rainbow's mission is almost 100% political. The Canadian government cannot afford the appearance of not doing anything even if that would be the smartest outcome.

Both sides are kind of operating in the dark about the location(s) of the other. While the Nurnberg is definitely the more potent of the two warships, Kaptein Von Schönberg would probably prefer to avoid a gun battle with the Rainbow. Von Schönberg is half a world away from a repair facility, so any serious damage ends his mission. Captain Hose is aware the Nurnberg is still present and has converted some prizes to armed auxiliaries. He can't afford to wait at this point. Von Schönberg is also aware the calendar is not in his favor, so he needs to find opportune "drive-by shootings" of strategic military value targets. It's a hell of a mess right now for Captain Hose, and soon for Kaptein Von Schönberg.
Fully stoked

Rainbow turned east, slowed, and entered the harbour of Namu, another cannery town, on the east side of Fitz Hugh Sound. Like most of its ilk on the coast, the town had a large cannery complex sitting on a wharf built out over the water. The rest of the settlement buildings were right at the shoreline, joined by a long boardwalk on pilings that ringed the bay. The wilderness ran right up to the edge of town. Rainbow could have tied up at the deep water berths at the wharf, but Commander Hose chose to stay in the middle of the bay, to better maneuver in case of an attack. The cruiser’s boilers were kept fully stoked.

Again, Brown went ashore in the cutter. He interviewed a number of Heiltsuk, Japanese, and Scandinavian fishermen, asking if any had seen the missing and presumably captured coastal liners, or the Nürnberg. At Addenbroke Island he had only to interview a single witness. Here he talked to dozens, and he received a wide range of answers. Most had seen nothing out of the ordinary. Some swore they had seen the Princess Charlotte yesterday, southbound. Others were convinced it had not passed. A few thought they had seen the Prince Rupert. One man also was sure he had seen the Prince Rupert northbound, just a few hours ago. A single Japanese fisherman was particularly emphatic that he had seen a warship.

“It was side by side with a Canadian Pacific steamship, steaming south. Right here,” he said, gesturing towards the Sound. “The warship was trying to hide behind the hull of the civilian ship, but I was in the middle of the channel, and could see when they were coming and going. And when they passed, I could see the funnels. Three on the liner and three on the warship behind.” Some of the other fishermen heckled him, but two Heiltsuk men nodded.

Brown thought all his intelligence gathering was inconclusive, but once back on the Rainbow, Hose found it very significant. “Someone says they have personally seen a warship here. This is the first bona fide sighting by a person we have met face-to-face. I place much more weight on this man’s report than I do on a hundred third person tales.”

“The question remains,” Hose continued, “If the Germans were here, where did they go, and how?”

“Excuse me,” said Brown to the navigator, as he consulted a chart. “There are plenty of inlets around here big enough to hide a cruiser and a some liners.”

“Or,” added the navigator, “if they decided to head for the open sea, they could have run down Hakai Passage, here.” He pointed. “It is not a normal shipping lane, but it is easily wide and deep enough.”

“That would get them out of Fitz Hugh Sound without passing Addenbroke light,” observed Brown.

“If that is the case,” said Hose. “Then they have been in the open Pacific for almost a full day. Or, they could be right in that cove over there. Our orders are to proceed to Prince Rupert. In lieu of actual contact, I say we shall continue.”

Probably the right decision, but they now are in serious danger of ending up behind their quarry

And their quarry slips right by them. Probably for the best, but what havoc shall the Germans do now?
Threadmarks
You must log in or register to reply here.
Top
Top