The Q-BAM Improvement and Core Thread

Anyone have a QBAM without the EEZs?

Has anyone compiled all the new patches onto the map yet? If not I'll give it a shot myself.

Someone needs to correct the Po delta in Italy on the modern maps, I'm seeing a lot of Delta shorelines from the 9th and 12th centuries.

I decided to make a natural terrain & geography map for QBAM. I painted it up for the base terrain, and for the mountains/physical landforms I just ended up distorting a satellite map on a Robinson projection (Why is QBAM ever so slightly different?), embossing it and making slight alterations. As such the topography isn't completely 1:1, someone smart can probably correct me in some places for future improvements, but it should be alright enough for AH purposes I guess. Credit goes to @Bob Hope (I believe?) for the ice caps and @wzspring for the freshwater/rivers map. 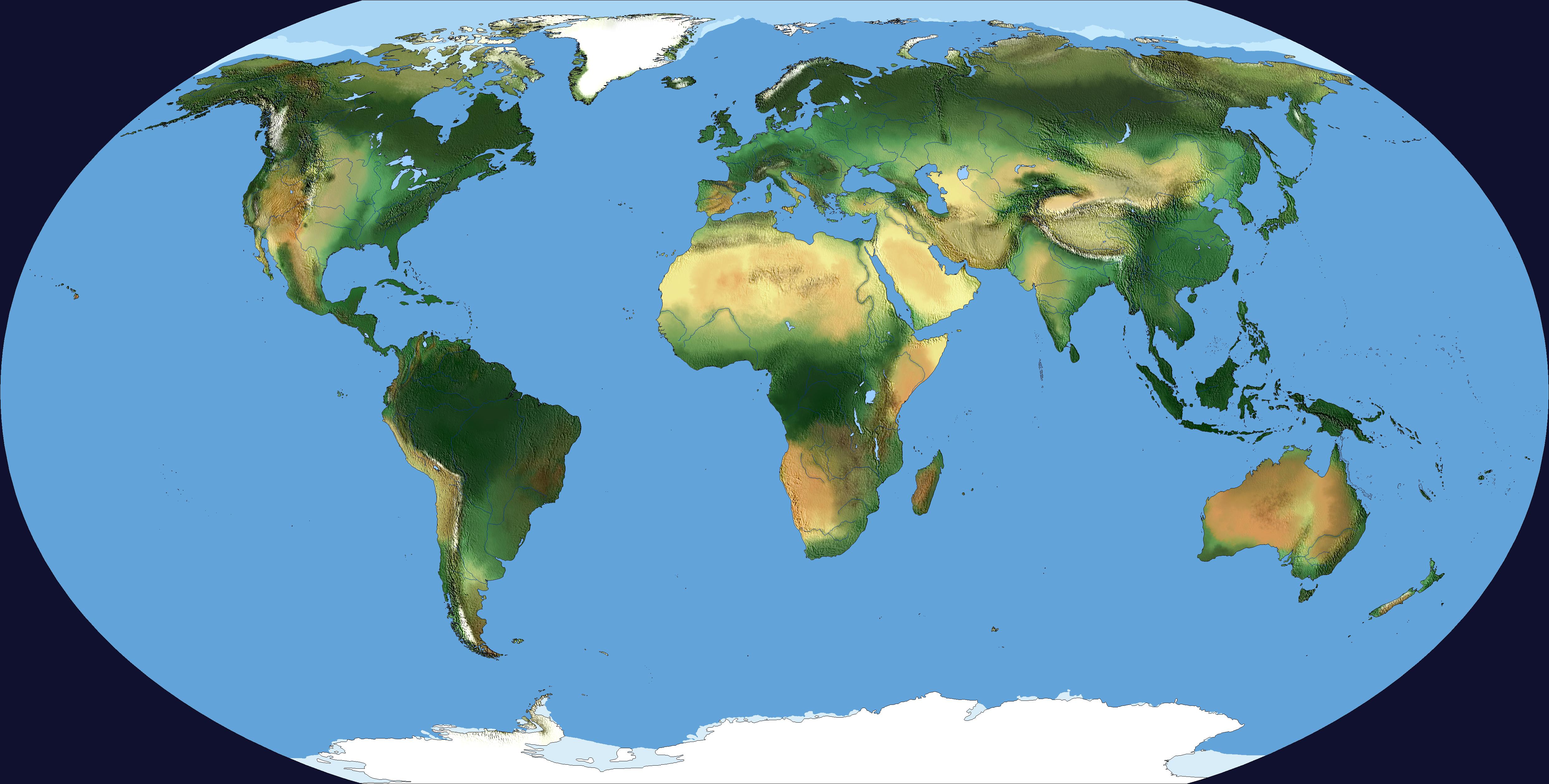 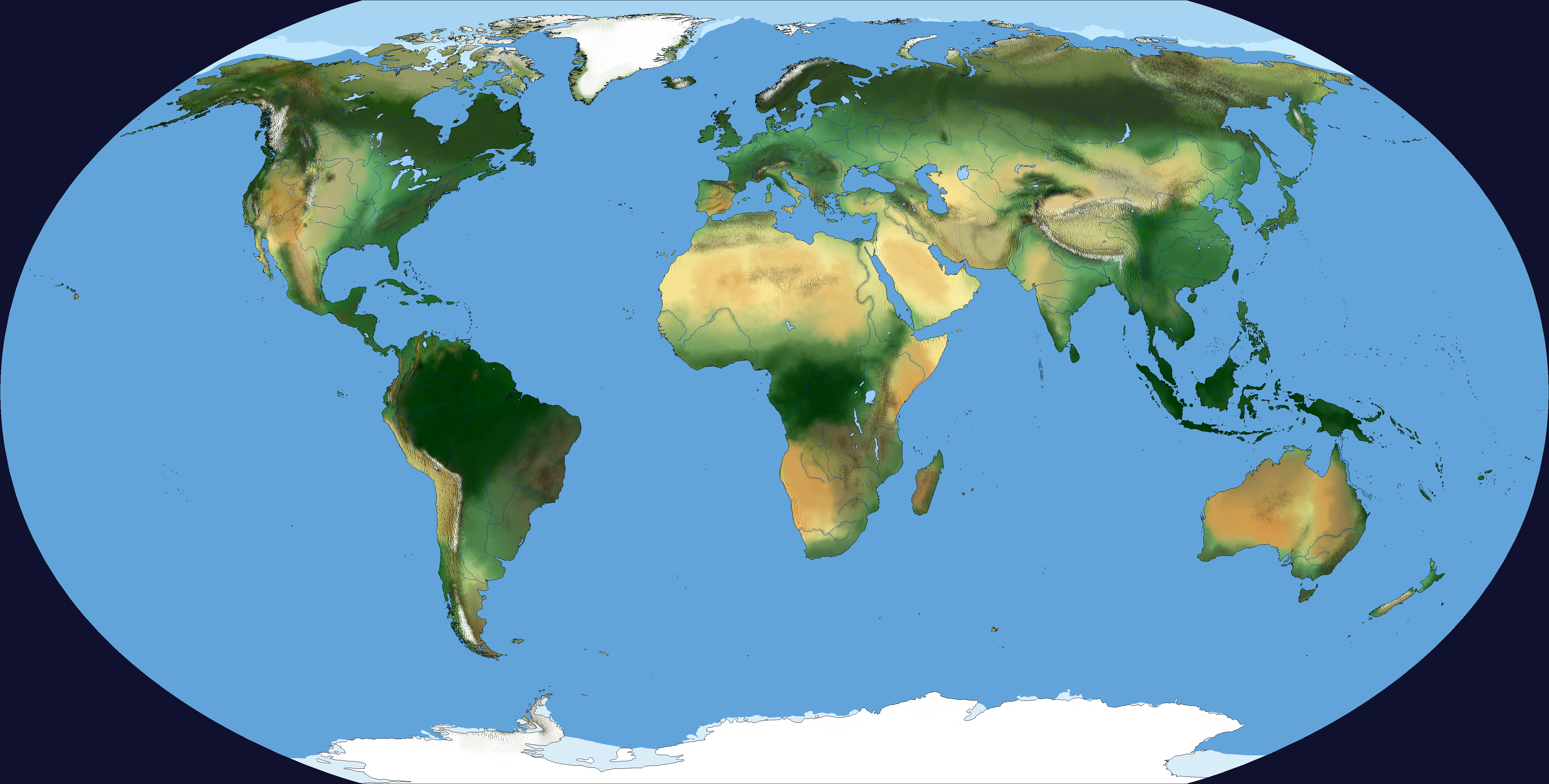 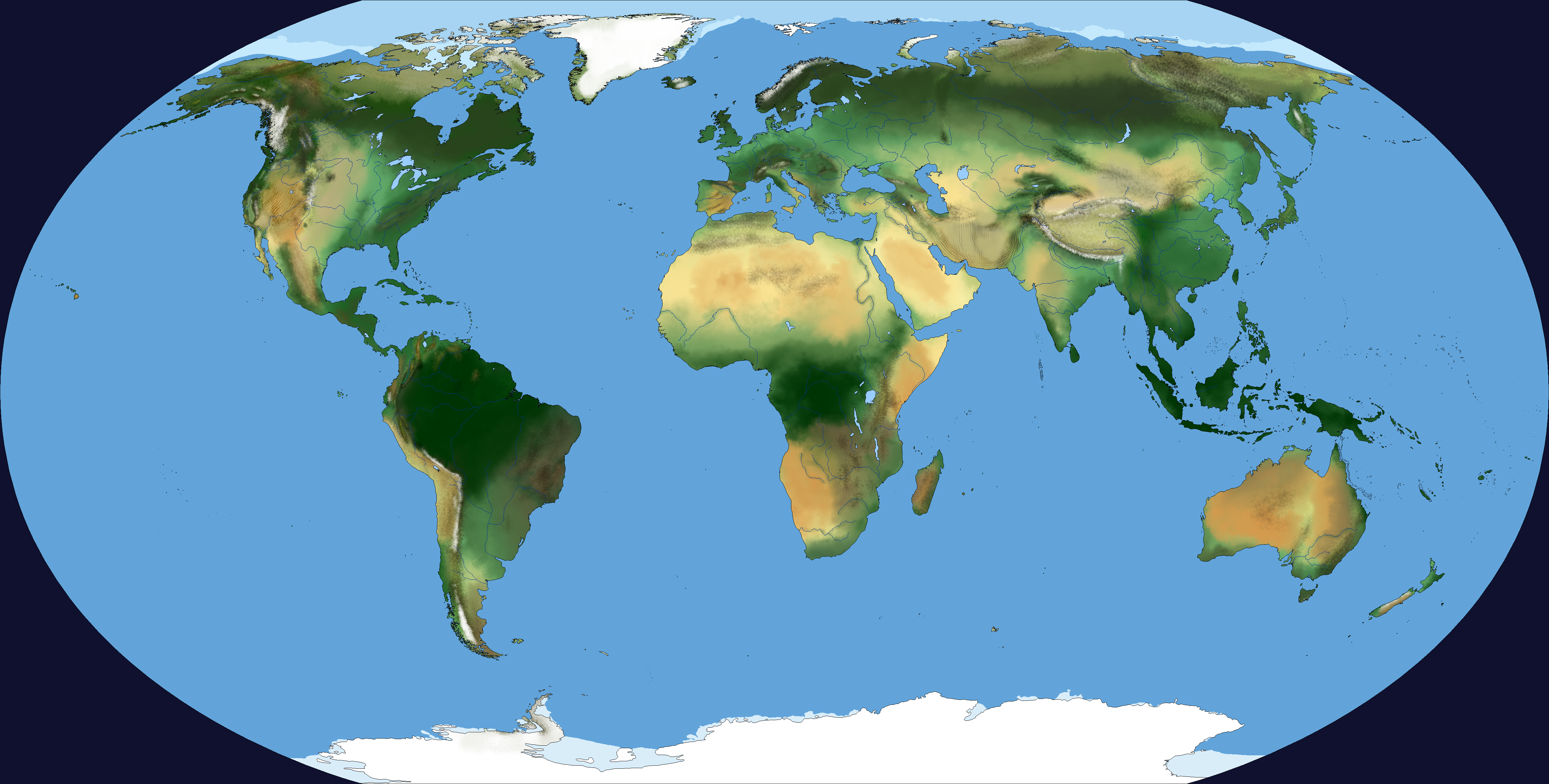 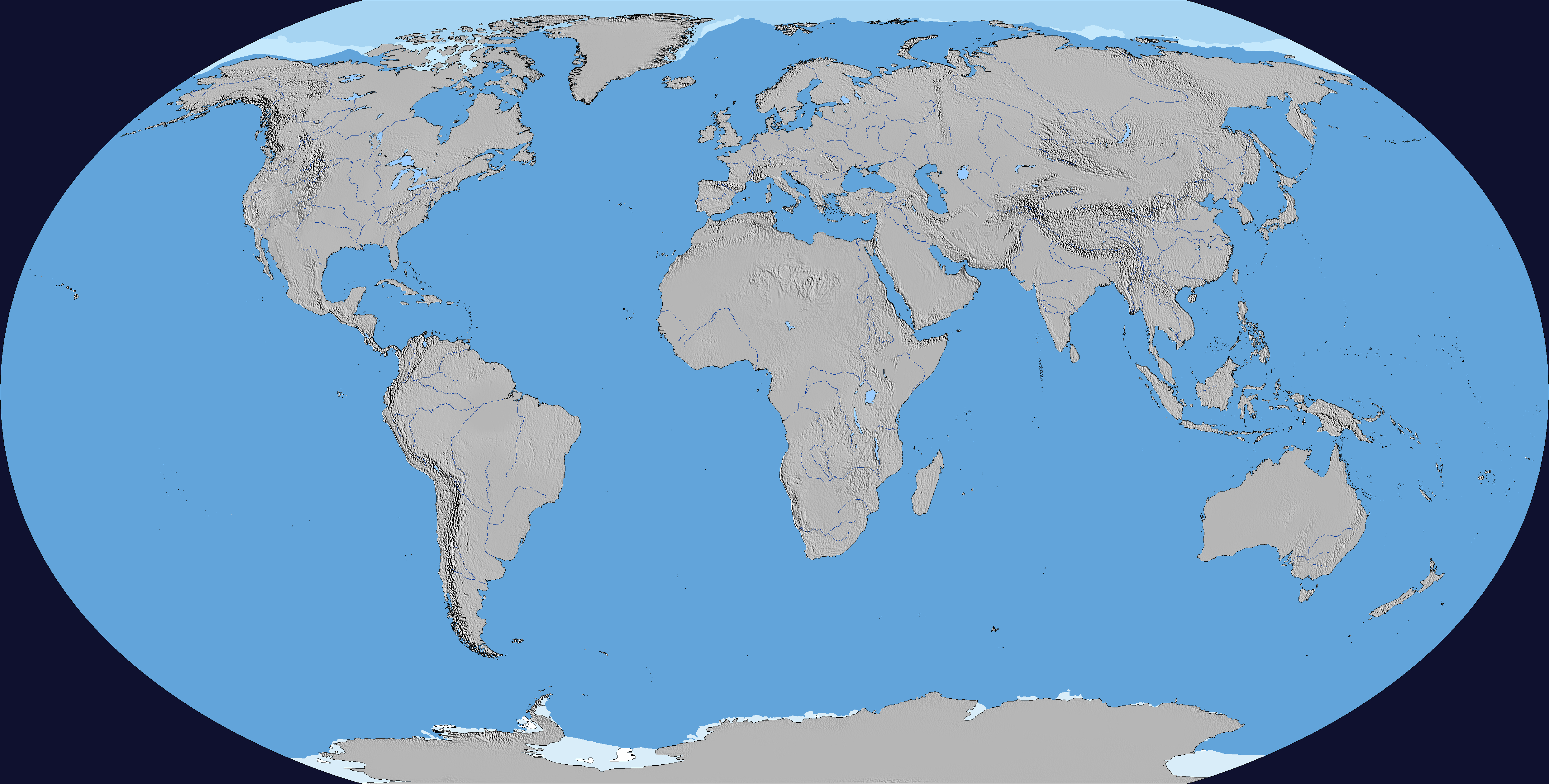 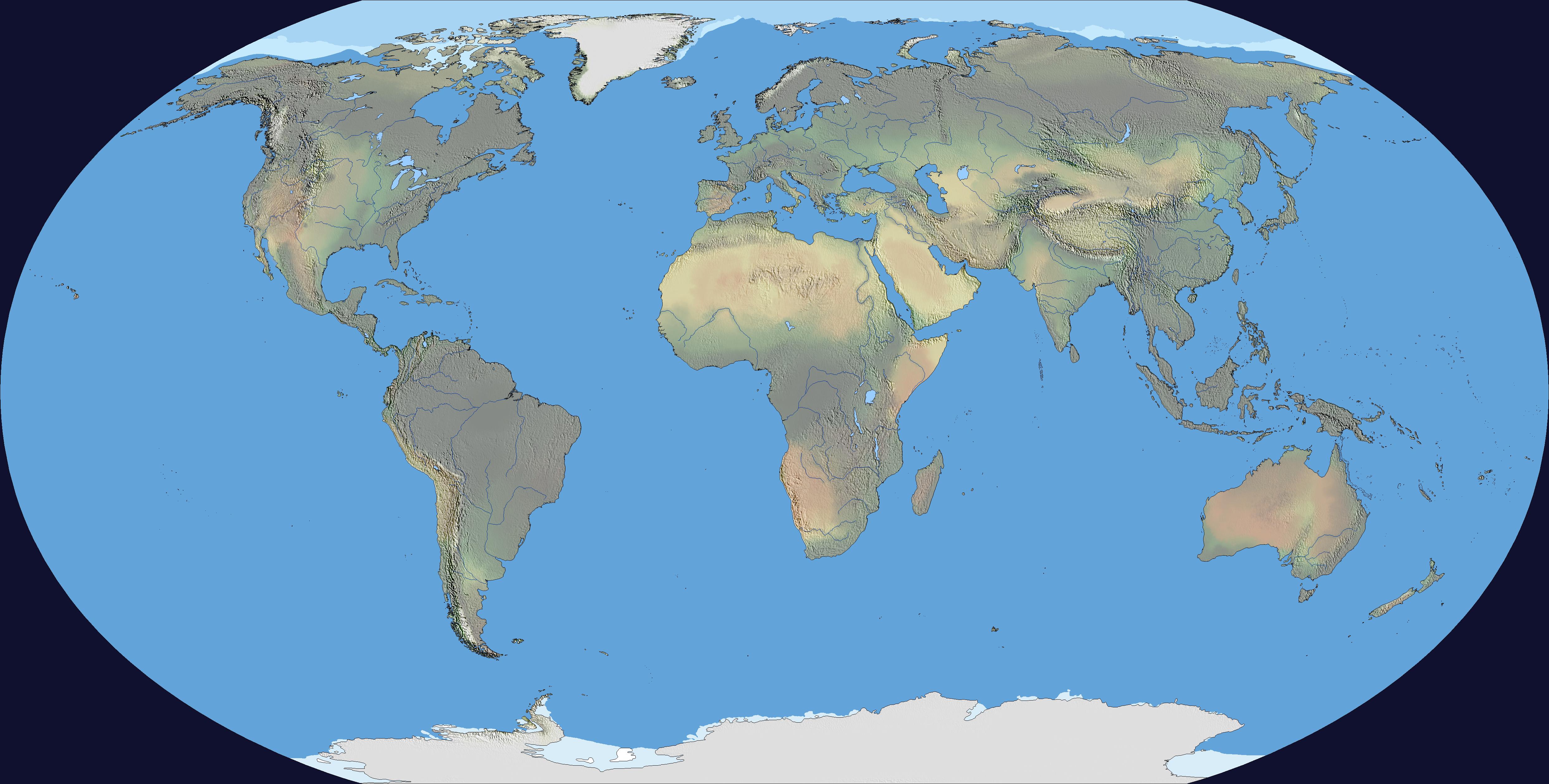 bain2901 said:
Has anyone compiled all the new patches onto the map yet? If not I'll give it a shot myself.
Click to expand... 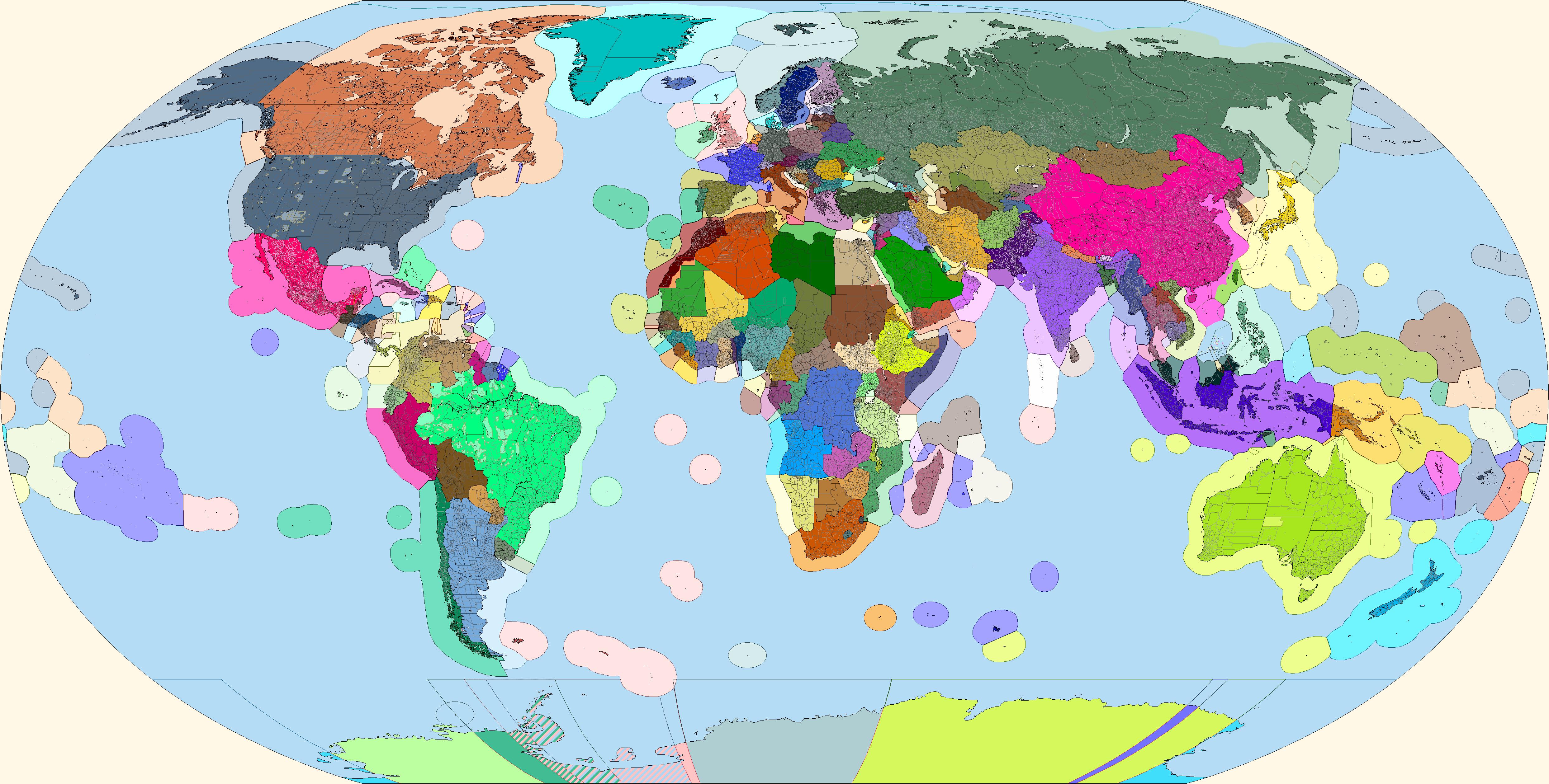 This is good but I was referring to a blank version. Also it seems some patches in Canada and Sweden are misaligned.

I will attempt to quickly put together a fully updated blank Q-BAM. Over time I have found several miscoloured pixels and outdated province borders so I'll do my best to fix those too.

I am unable to upload it here so I have posted it on imgur. There is also a blank version with no borders included.

What has been changed:
And a few notes:
If I made any mistakes please do point them out I am sure I missed something lol

This is actually a de jure dispute between these nations and Spain. When Spain sold much of their Pacific island territories to Germany at the end of the 19th Century, they specified which islands were to be sold. Some islands were unintentionally omitted from the list and are thus legally part of Spain, and in fact a Spanish court ruled in favor of that status. That said, no effort has been made by Spain since to enforce these claims and it's unlikely they would ever do so in the future. It's just a unique geopolitical oddity.
You must log in or register to reply here.
Top
Top