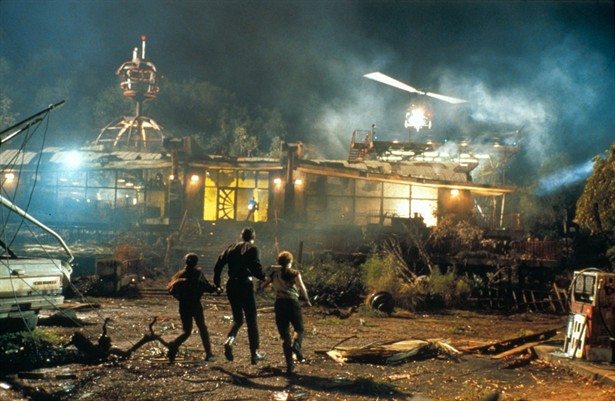 The Ingen Worker Village in The Lost World: Jurassic Park. 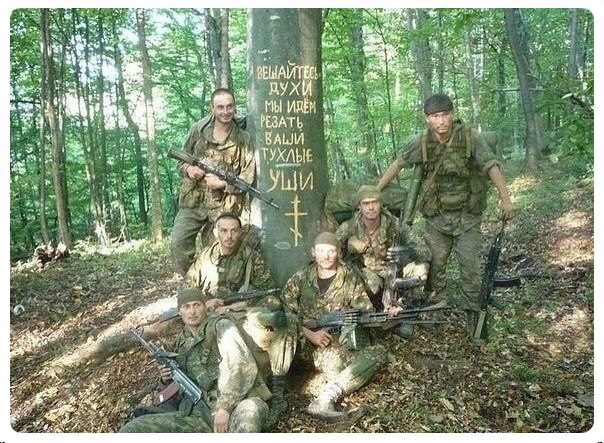 Spetsnaz during the conflict in Chechnya. 90th 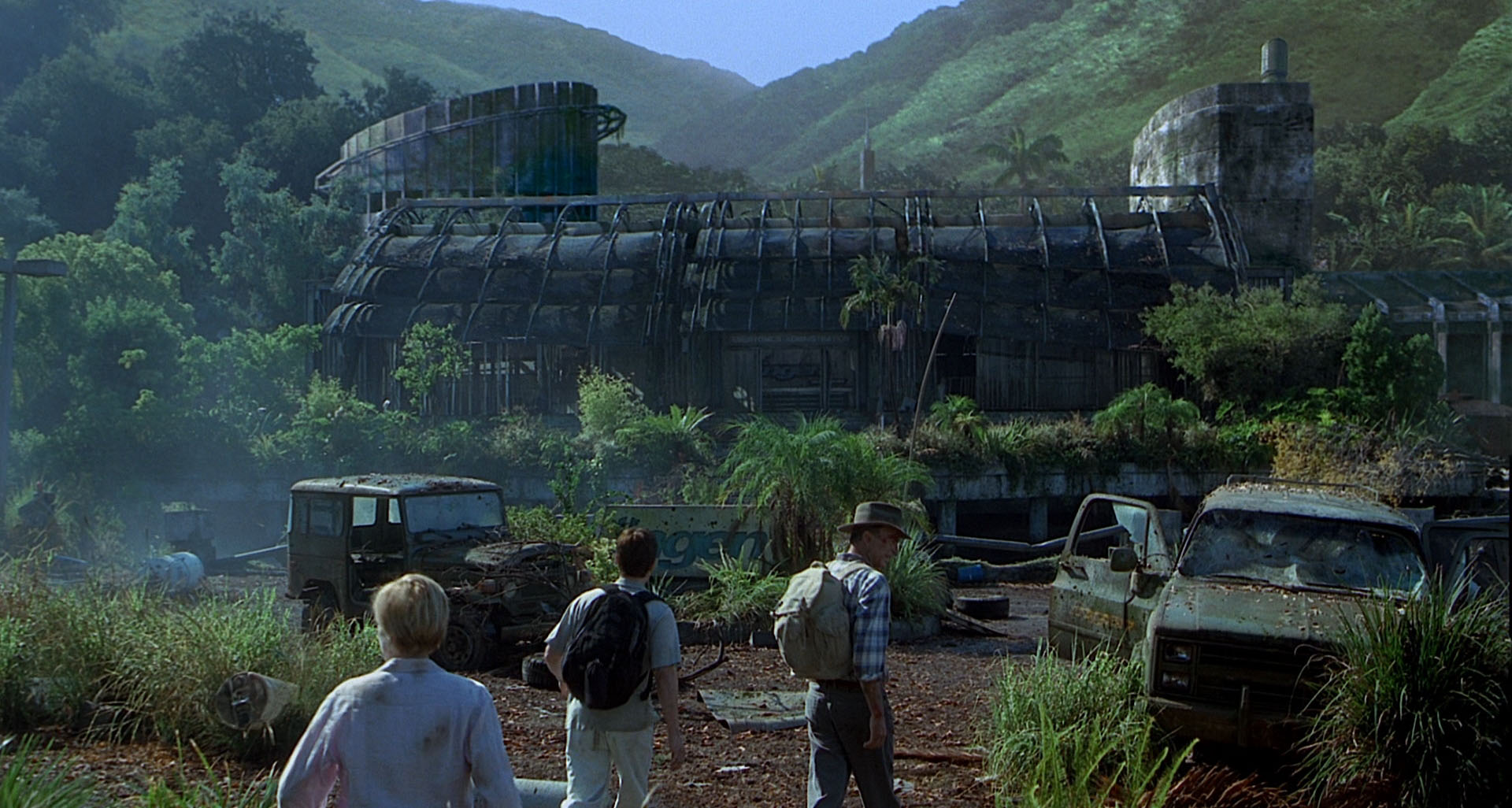 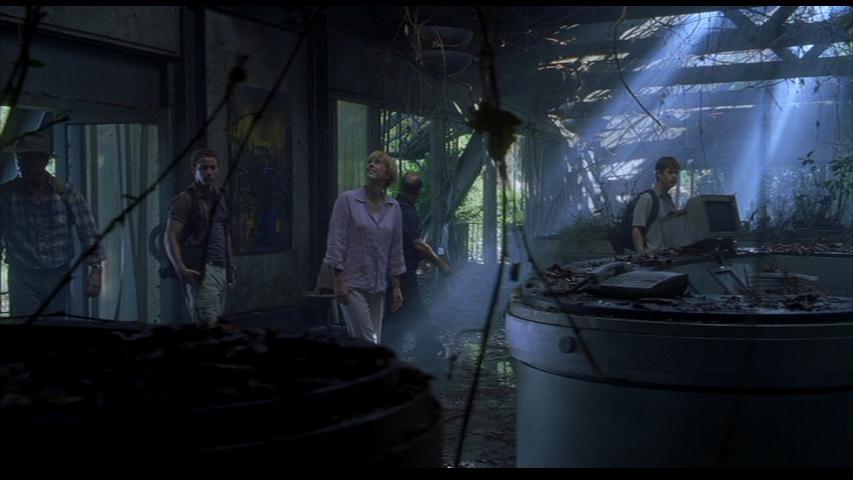 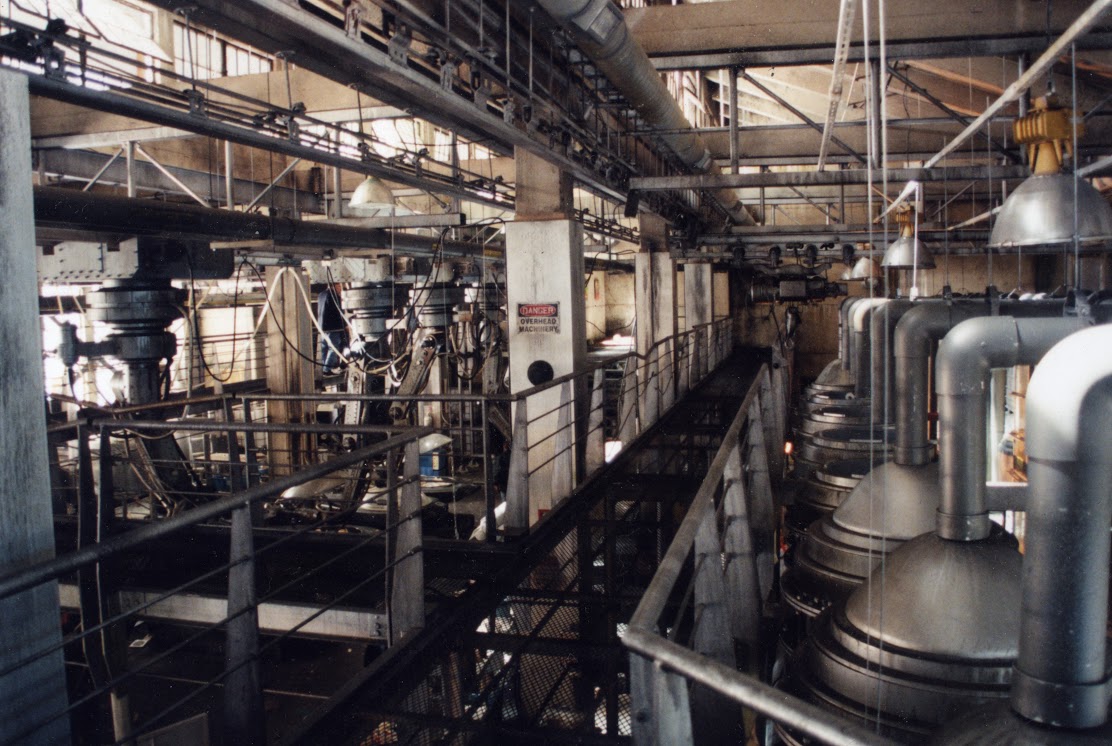 The InGen Compound (Embryonics Administration) seen in Jurassic Park III. By the time the protagonists reach the building, it has been long abandoned. Abandoned vehicles lie in wreck in front of the drive way which is littered with debris and dry leaves. Vegetation has invaded the building evidenced by the amount of vines that has creeped its way inside from the holes in the roof. Mold is also present among the equipment (computers, telephones, incubators, etc) left behind by InGen following Hurricane Clarissa in 1994. 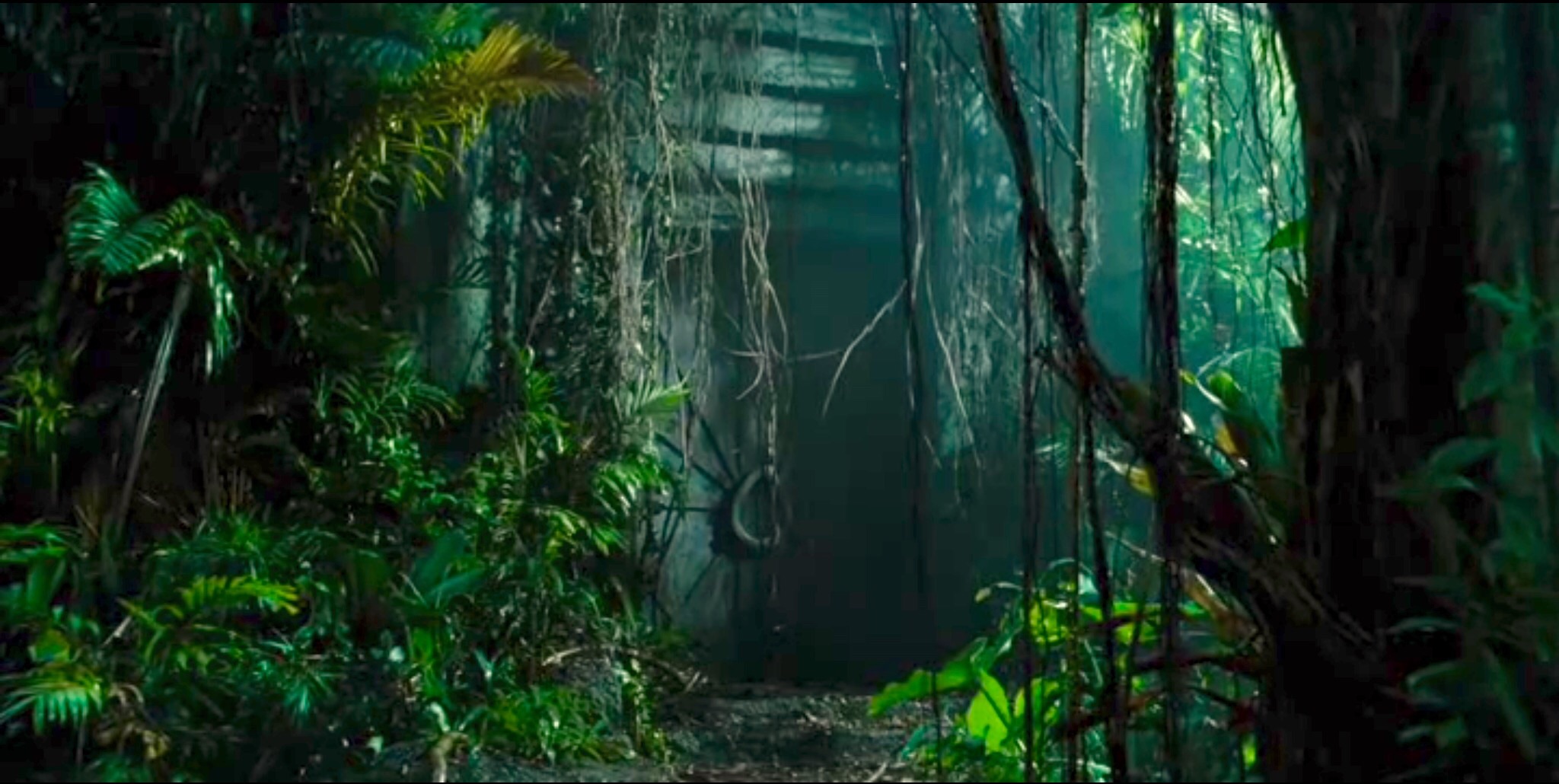 After being abandoned in the 1993 Isla Nublar Incident, the remains of the original Jurassic Park Visitor Center was abandoned by the Masrani Corporation where it was left to be reclaimed by nature. 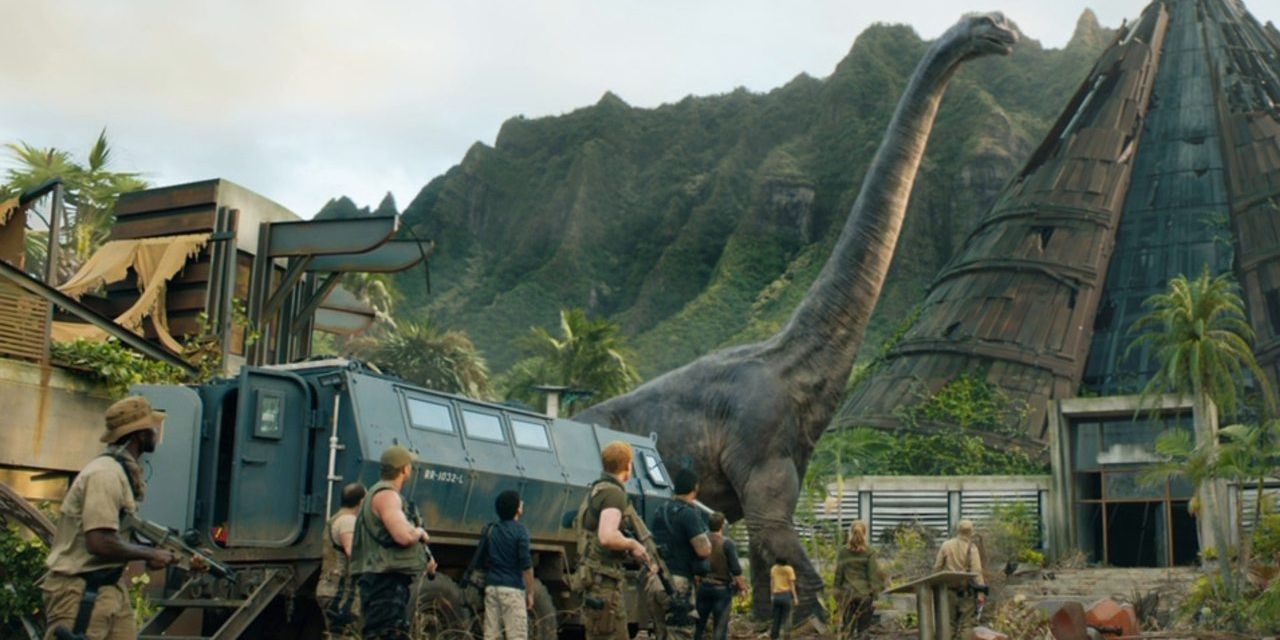 The remains of Jurassic World revisted in 2018, just a few hours before they were completely destroyed by the eruption of Mount Sibo. 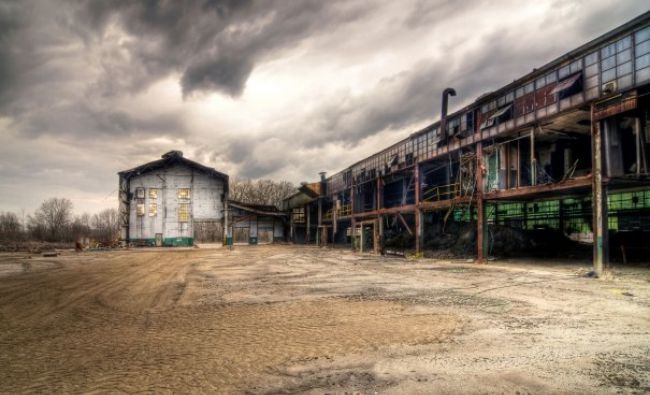 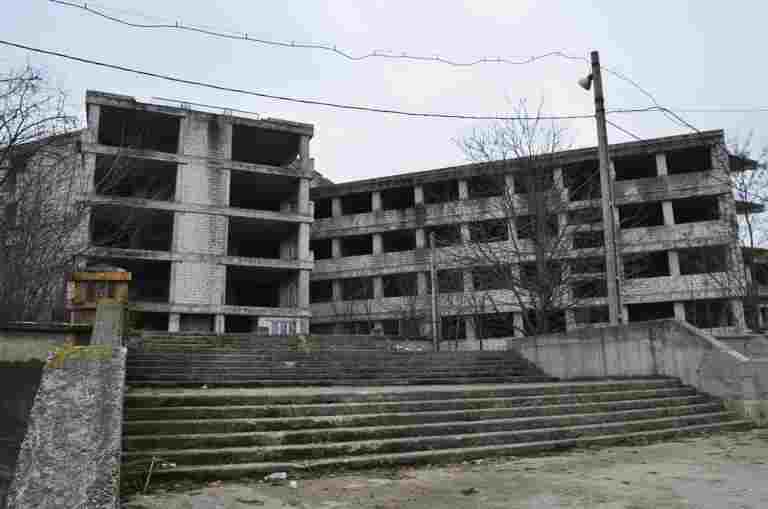 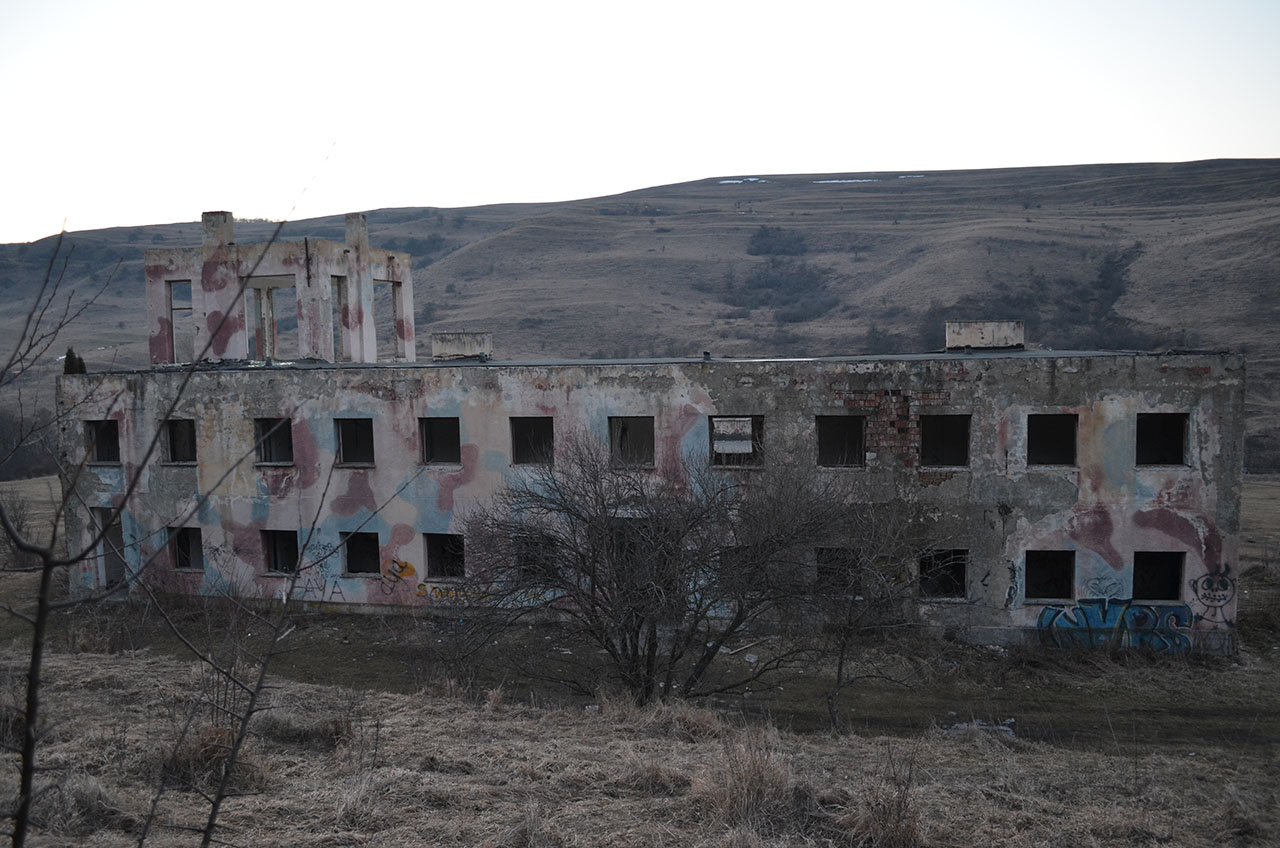 I don't know if this fits here, but there is a television series that airs on the "Science Channel" titled "Mysteries of the Abandoned" and they show some places that have a very post-apocalyptic feel.

Sith Lord said:
I don't know if this fits here, but there is a television series that airs on the "Science Channel" titled "Mysteries of the Abandoned" and they show some places that have a very post-apocalyptic feel.
Click to expand...

BRP Sierra Madre looks like something out of Waterworld.

This ship is former USN LST 542-class that saw action in Normandy in 1944. Then it was trasnfered to the Republic of Vietnam Navy during the Vietnam War. In 1975, it was one of the RVN ships that landed in Subic Bay, Philippines following the Fall of Saigon. The ship was then transferred to the Philippine Navy. During tensions with the People's Republic of China in the South China Sea during the 1990s, the Philippines purposely grounded the landing ship tank on top of the shallow Second Thomas Shoal to assert the country's sovereignty in the area. Personnel from the Philippine Marine Corps are rotated here and are supplied by air drops or replenishment boats. Around early March 2014, the China Coast Guard blocked attempts by the Philippine government to resupply marines by sea, so the PAF and the PN supplied them via air drops. On March 29, 2014, another resupply mission was conducted with the Filipinos successfully reaching the ship despite the bigger Chinese vessels blocking their way.
Last edited: Yesterday at 1:05 PM 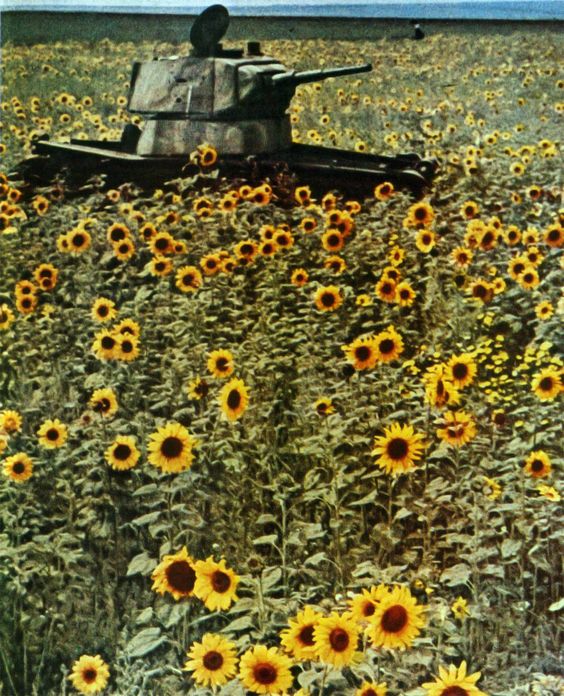 Soviet T-26 Tank abandoned during the retreat of Soviet troops on the western outskirts of Stalingrad in 1942.

Submerged New York City in A.I.: Artificial Intelligence. It appears that 9/11 didn't occur in this timeline.

So this is Stage 4 of the PS2 Light-gun game called Dino Stalker (known in Japan as Gun Survivor 3: Dino Crisis). Just a heads-up: An American pilot from WWII is transported from 1943 to the far future. In this far future, dinosaurs have taken over the world from a time portal created by some secret researchers (if you played the original Dino Crisis, you'll understand the story). Stage 4 begins with the pilot in a desert which teeters through the space-time continuum. The desert contains numerous famous landmarks (The Statue of Liberty, Eiffel Tower, Arch de Triumph, and the Big Ben) that seemed to have been ISOTed in this post-apocalyptic desert that is home to several oviraptors. Aside from that, the area is littered with the remains of fallen giant dinosaurs, giving the area the feel of an ISOT wasteland. (See screeshot below). 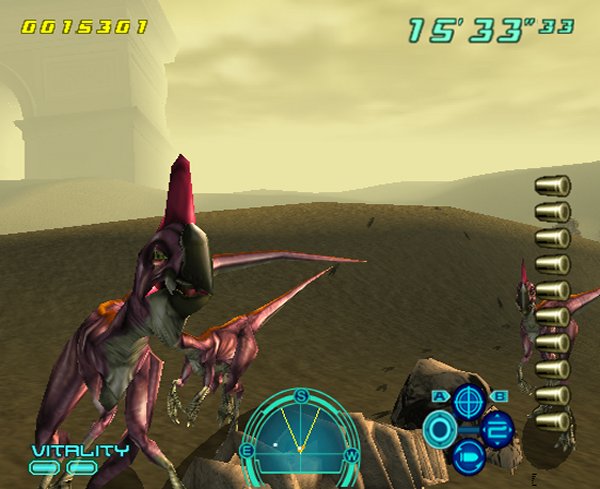 In-game screenshot HUD. The player has to walk through this ISOT desert while Oviraptors pop out from the sand. Notice the dinosaur remains in the lower part of the picture and the Arch de Triumph in the upper left.
Threadmarks
You must log in or register to reply here.
Top
Top