Not strictly Worlda but I thought @hadaril you might want to add these to the wiki somewhere as a resource: 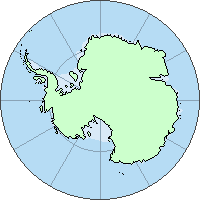 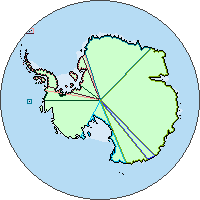 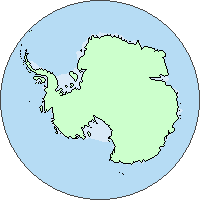 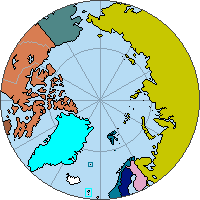 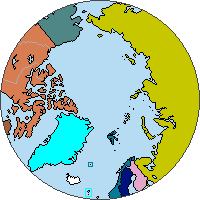 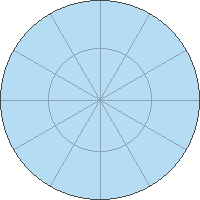 These maps show everything either north or south of the 60th parallels using an Azimuthal projection.
These are scaled to match a regular Worlda map. That is to say the distance across this map (200 pixels) is the same distance as 200 pixels along the equator.

The rivers map has been uploaded to the main post. I hope this helps!
Uninhabited regions

If anyone wants it, here's a redone map of the world's uninhabited regions: 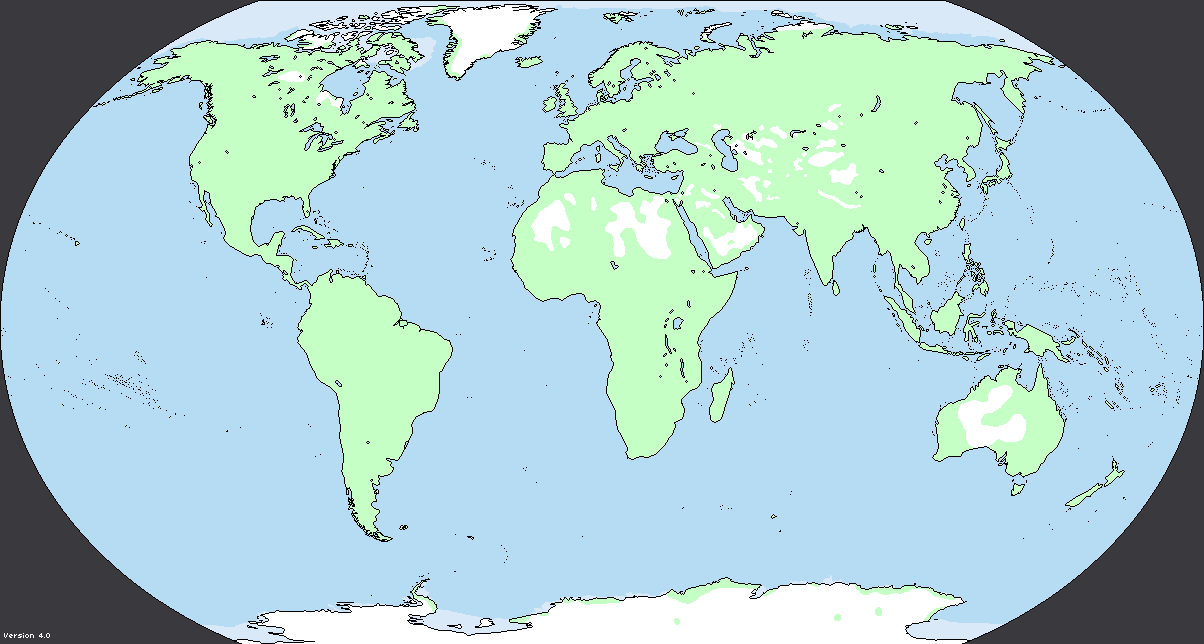 Basically, an area was considered uninhabited if it met the following criteria:

A - There are no permanent settlements.
B - The area is not used for agriculture.
C - Nomadic peoples do not use the area regularly.
Last edited: Feb 23, 2019
Colombian Admin Division Patches

This is probably the best place to post this, because I've recently been looking into Colombian administrative divisions... So I've attempted to create a Worlda patch for the Republic of New Grenada/Granadine Confederation/United States of Colombia.

It's probably not perfect, but here it is. Please note that, due to territorial disputes with Brazil and Ecuador the external borders might not be ideal, they pretty much only affected Cauca State, so I'm discounting them here. This patch also shows both the situation when the Law of June 15, 1857 was passed (which was before the formation of the Granadine Confederation) and in 1861, when Tolima State and the Federal District of Bogota were created. As far as I know, these borders were used up until 1886. Enjoy.

Made a quick little map patch:

the Five "Civilized" Tribes
(Based off of this map and the lines are dotted because I love the aesthetic)​
Father... is it over? No 3.0 series rules forever, my son.

Is... is it over? Is it finally complete?
November of 2017, I started on a journey to fully revise this site's worldas. Now, after over 400 hours in photoshop, 4 total revisions to the series, and two years of work, the NextGen series is fully updated.

So, what comes next?
As I mentioned last post, while the "original" 60 or so maps may be updated to the most accurate iteration yet, there is still room for more work! Why stop at 60 maps? Why stop here! I have plans on filling in more gaps in the series, and here's a list of maps I plan on doing:

Additionally, I look forward to what ST15RM has cooking with his series of BC maps; this is an era I never felt confident mapping, and I am so, so grateful that he has taken it upon himself to work on them. If there are any years (post 1 AD) that you want me to cover beyond the ones I listed, feel free to share! As always, continued feedback goes miles to improving this series so that they can be useful for the community at large.

Thank you all so, so much for your continued support. It means the world to me. <3
Argentina Patches

Some comments:
Also, what's the criteria for showing internal borders? I have a patch for Argentina's internal (and external) border changes (under the spoiler), if you're interested. But it would also mean to include other federal states like Brazil IMO.

(the color scheme is not necessary, but I like Argentina better as sky-blue.) 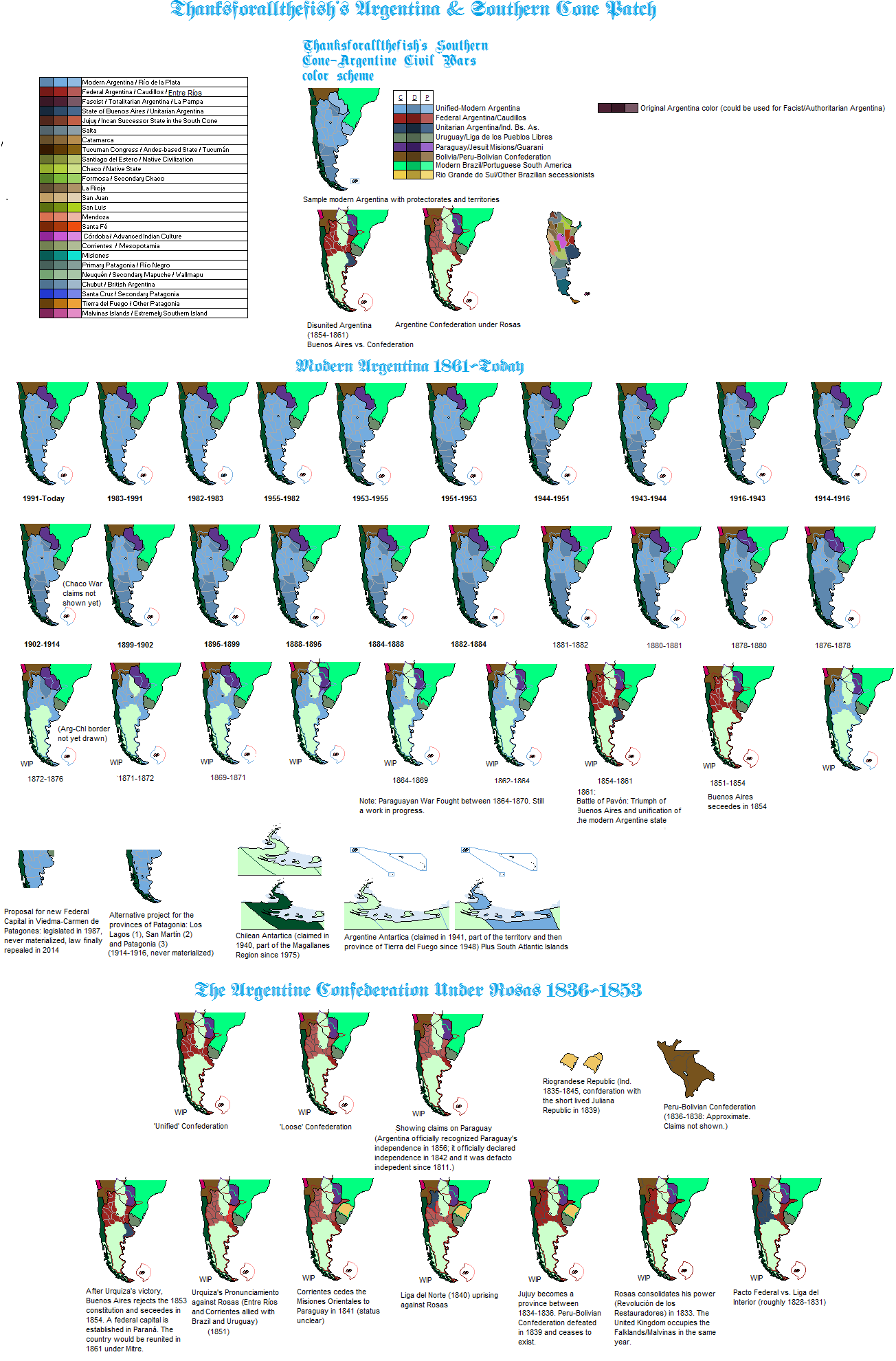 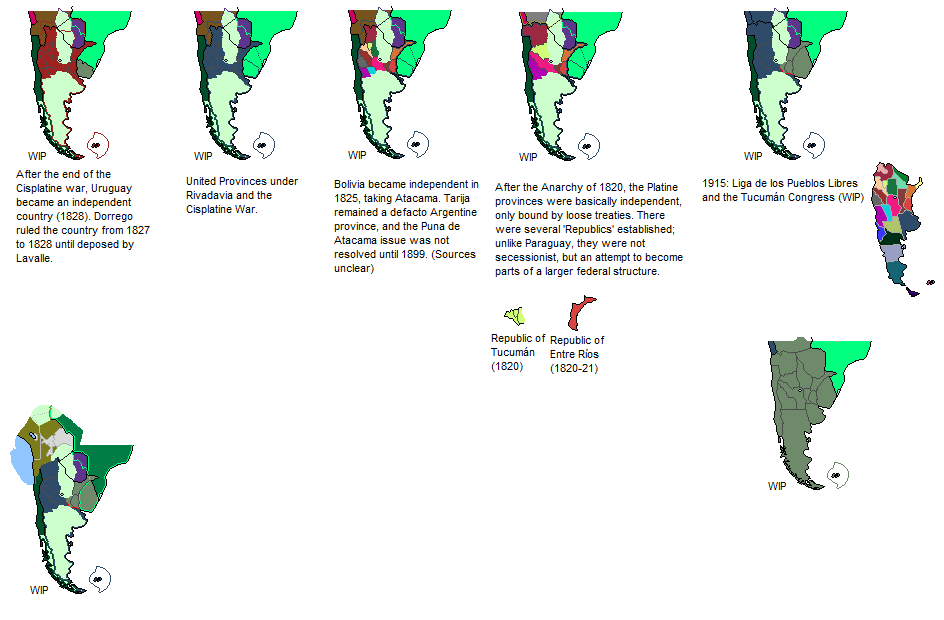 Alright, so here's a 1932 map with... puppet Egypt and Anglo-Egyptian Sudan, Honduras and Nicaragua shown as puppets rather than claims of US, Bermuda British (was shown as Canadian for some reason), French India shown properly colored (part of it was colored Portuguese), Oman showed as a puppet (it was shown as a British colony but wasn't technically a colony or protectorate) and the Oman enclave in Pakistan shown (it was colored uninhabited), the British line in south Arabia of influence (though I'm not actually sure if that was still a thing, I see it on older maps for the year but it was originally a thing with the Ottomans and I'm not sure if it was still a thing. Speaking of south Arabia, I am pretty sure some of those borders are supposed to be the undefined border but I am not entirely sure which) and an attempt at China. 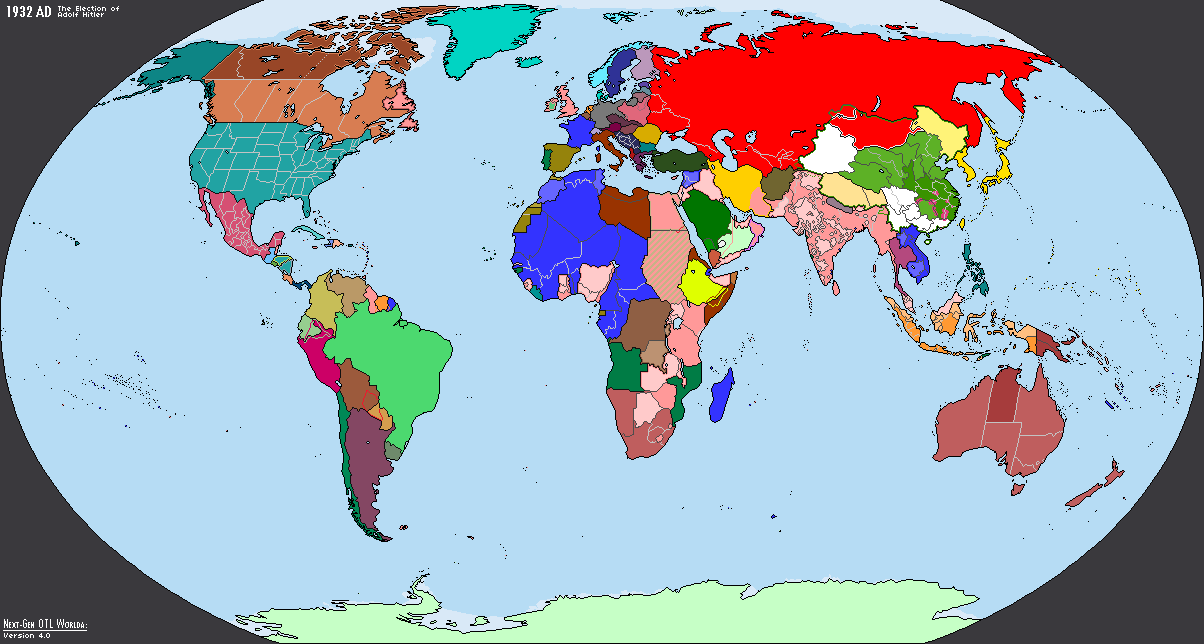 I am somewhat curious at the different styles for French Morocco and Tunisia, where Tunisia has grey border and regular french blue outline and protectorate fill, while Morocco has black border and no regular french outline?

I did not even bother to implement any suggested changes to the actual color scheme in this map. Not because I am against your suggestions (and with your clarifications, I understand what you meant more now), but because it seems like the sort of thing where we should wait until there's more of a consensus and hear from other people. Or something like that. Also I just stuck with the simplest/quickest-to-do coloring styles for China and the warlords until we figure what to settle on

Also, I am wondering about your thread, so are the maps right at the start still out of date? And the youtube video of the warlord era more accurate? And do the other maps from 1939 to 1946 seem accurate in regards to China and the warlords?

And while I did try with China and think I got things approximately right and at least in the right direction, I can do stuff like splicing borders from other worlda maps or changing colors or relatively simple stuff like that, but am not really good at all at doing freehand from another map of a different projection or anything like that. So as for stuff like the Uighurs, Kyrgyz, and Tunganistan in the East Turkestan area, along with the Tibetans in west Sichuan area, and the Nationalist/Ma border (in the video, it looks like the Nationalist central government has part of south Gansu province as well?). Maybe someone else could do it better than I could?

Viralworld said:
View attachment 474223
Not sure if anyone needs it, but I updated the USSR to include the ASSRs
Click to expand...

Also, in regards to this... I don't know if we need to show ASSRs on the regular map (I recall past discussion of this, with the idea if I remember correctly being that they weren't functionally really autonomous to the point where it mattered for our purposes, but maybe some people here would feel otherwise?) but regardless, it can be useful as a supplementary or something. I made this edit, which I think makes it more clear which SSRs the ASSRs are within, since they were not subdivisions at the same level of the SSRs but instead were contained within them

Trans-Oconee Republic at its Height

Now, for a patch absolutely no one asked for:Elijah Clarke's Trans-Oconee Republic at it's height, 1794, including powerful local Native American states and Spanish Florida.

I've been thinking over the discussion on borders, claims, and outlines, and want to weigh in again.

On the topic of the "red outline", I agree with @Chris S here. The red outline color is a holdover from the good ol' days when the UCS had like 20 colors total (Oh how far we've come ). There really was no way to show border disputes between uncolored countries other than recoloring the border. This color border remains in color schemes for niche scenarios, and is not very often used today.

After a lot of consideration, I've decided to simplify and codify coloring/outlining rules. The following should be more in line with the traditional outlining system. 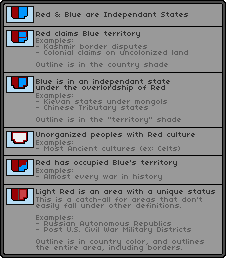 What's next?
I plan going through all 70 maps to standardize the outlining to fit the pattern above. I also plan on using this opportunity to do another full review of all 70 for historical errors.
I have no idea how long this will take, but it is unlikely it will be done within the month. My goal is to have this done by the end of thanksgiving break, but that is by no means a binding release date.


And yes, I know it's still august.
Manchuria, Mengjiang, and the peripheral area, 1941:

Manchuria, Mengjiang, and the peripheral area, 1941: