FancyHat said:
Just because nobody's responded for a couple days doesn't mean it's dead. Why not contribute something yourself if you're worried about it, for that matter?
Click to expand...

Manchuria, Mengjiang, and the peripheral area, 1941:

Are there any maps of ISIS at its height or the Iraqi or Syrian Civil War?
Borneo 1775

Why isn't the Font changing in Paint?

WOBOB said:
Why isn't the Font changing in Paint?
Click to expand...

WOBOB said:
Where is the 2017 Subdivision's Map at?
Click to expand...

This forum has a search function, you know. You could try to find things yourself instead of repeatedly making these contentless posts.

FancyHat said:
This forum has a search function, you know. You could try to find things yourself instead of repeatedly making these contentless posts.
Click to expand...

@hadaril There are some other issues with the 1688 map but this is just a simple one that doesn't require any border changes. Corsica is mistakenly painted as Spanish in the 1688 map but Corsica was a Genoese possession at the time. So Corsica should be recolored to reflect Genoese ownership rather than Spanish.

FancyHat said:
This forum has a search function, you know. You could try to find things yourself instead of repeatedly making these contentless posts.
Click to expand...

I can't find it

WOBOB said:
I can't find it
Click to expand...

Honestly don't think there is one, to be honest. The subdivision maps only really started in 2020, so there was no real need for a 2017 map.

This project is a complete modernization of the multiple OTL Worlda's floating around the forums and the wiki. Previously, our collection of worlda's was a haphazard mess of maps, most of which were completely antiquated (Rectangular base maps, anyone?). Almost every OTL map was built on a different edition of the blank Worlda, utilizing a disjointed mess of color schemes ranging from UCS to TACOS. Borders were all over the place, in many cases wildly inaccurate, and in every case highly inconsistent with the rest of the Worlda's. For example, the Czech border, which has remained (for the most part) unchanged since the 1100's, was drawn differently on almost every worlda.

The NextGen Worlda Series cleans up this mess. In this series:
Of course, not all Worlda maps could be salvaged. The first generation of worldas was built on the rectangular worlda, which is so wildly far off from the modern version that updating them would require tremendous work. Some years were simply omitted due to redundency (ex: having a 1100 AD and a 1115 AD map).

View attachment 653379Why is this happening when I click on blank Europe?

What happened with him?

Finally found it in my Group Chat

WOBOB said:
A dead topic Ain't it
Click to expand...

Was really busy with finals through may, and I was out of town the first week of summer vacation. I'm back now, looking through the thread and adding revisions this week. I'll be free to work on stuff all day thursday, so expect updates then.

Using the Video for the apolitical map, I've updated the map for June 2021 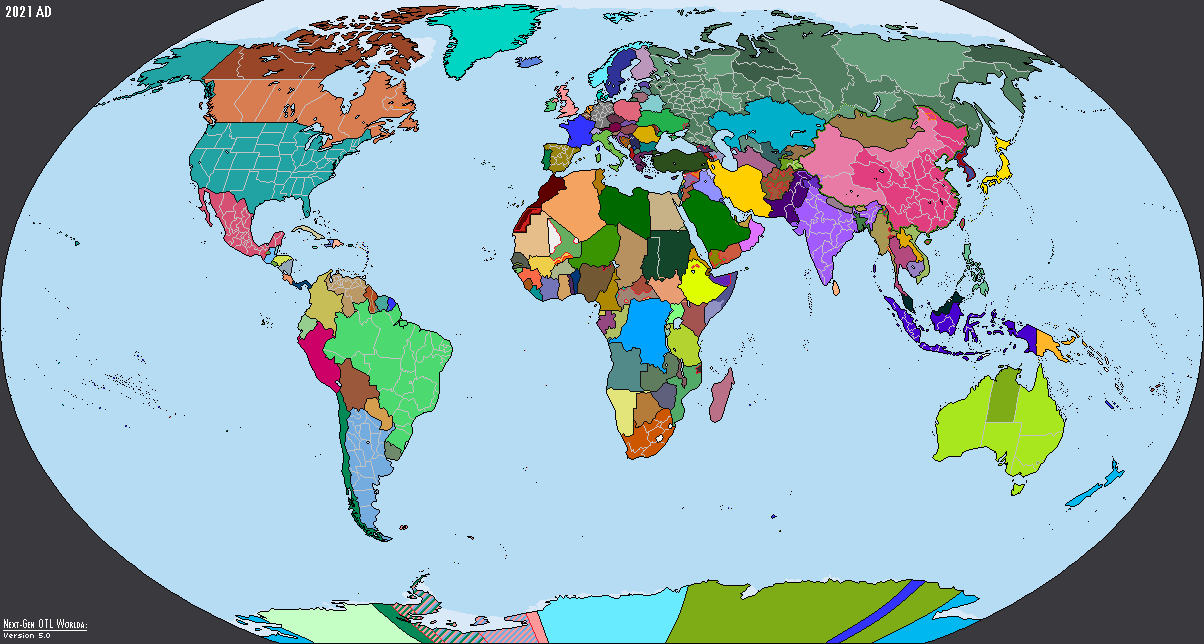 Link to the Apolitical Map

Unkown00 said:
Using the Video for the apolitical map, I've updated the map for June 2021
Click to expand...

The maps are only for January 1 of each year.

is there a proper worda patch of neo-zapatista controlled chiapas? i saw a qbam of it the otherday
Threadmarks
Reader mode
You must log in or register to reply here.
Top
Share:
Share
Top