brooklyn99 said:
I am intrigued to see how the various paths/states would interact with the various unified Russias. Perhaps that will be explored in TNO2.
Click to expand...

Thinking furthermore. Should the Turkestan Legion triumph over their neighbours, I can imagine them intervening on Germany's side against Russia in the 2WRW. Specifically if Russia has incorporated Kazakhstan, which the legion wants to take, so to fully achieve their Pan-Turkic ambitions.

brooklyn99 said:
Thinking furthermore. Should the Turkestan Legion triumph over their neighbours, I can imagine them intervening on Germany's side against Russia in the 2WRW. Specifically if Russia has incorporated Kazakhstan, which the legion wants to take, so to fully achieve their Pan-Turkic ambitions.
Click to expand...

It would be fun if they name their country "Das GrosseTurkenstanisches Reich" heuaheuaheua.

So looking at the subideologies, I think Bolshevism subideology is bascically alt-Marxism Leninism, which is Dengism+arguements by modern tankies for dengism(mainly the idea from modern tankies that socialist states have to adapt to the market to build socialism in the face of the dominant market hegemony/ world imperialism) 60 years early, while Leninism subideology is orthodox leninism or pre-Marxist-Leninist communist thinking.

I also have a feeling that while Maoism exists in modified form TTL, TTL's Stalinists will be to the orthodox the Bolsheviks what MLM is to modern Marxism-Leninism, they see themselves and their idea of authoritarian state control as the "true" socialists and the revolution as having being hijacked by "revisionist capitalist roaders"
Last edited: Jul 20, 2021

Here is a fuller map of Central Asia: 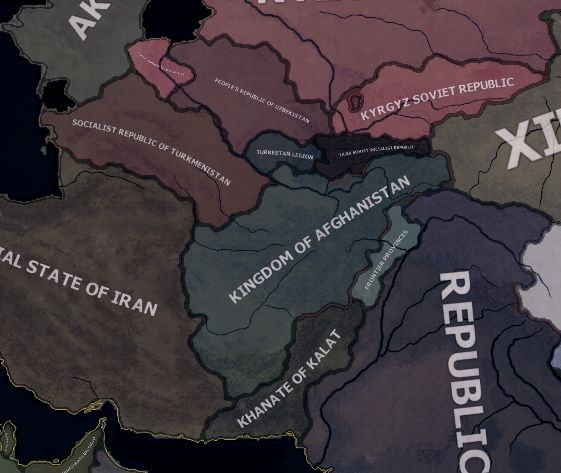 Whiteshore said:
Here is a fuller map of Central Asia:

how does this happen in game

Foony-mick said:
how does this happen in game
Click to expand...

It is for Toolbox Theory

For Zhdanov:
"Some Limits Had To Be Accepted"


“The nightmare ends” for Taboritsky

For Suslov, "Neither brawn nor cunning could save Russia".

Emperor of no one

For Gumilyov, "We had always been at peace with Eurasia"

For Bukharina, "A fruit doesn't fall far from its tree"

For Shafarevich, "No matter how loud or repeated, a lie remains a lie"

Here is some of mine:

Bukharina: “The footsteps a child follows are most likely to be the ones their parents thought they covered up.” (James Dobson)
Taboritky: "There is remedy for all things but death." (Don Quixote)
Zhdanov: "The sky is never the only limit."
Gumilyov: "All has been looted, betrayed, sold; black death's wing flashed ahead." (Anna Akhmatova- Gumilyov's mother)

Holy shit. This is the shit we are talking about. The update is taking quite a long time, but it will surely be a blast.

In other news, Berezniki has been cut: 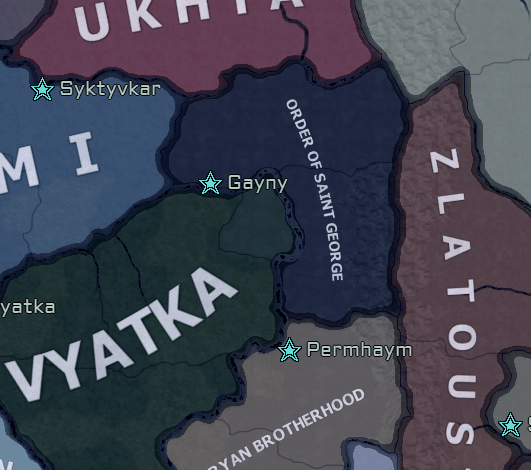 If I'm playing Japan after its rework, I'll enjoy so very much watching my credit rating go from prime to junk!

I think that tno TT is bascically the true 1.0 release of TNO

The demos were the alphas. First release was the TNO beta

the Imperium of Canada

So given he's going to be the worst possible president for the United States, how disastrous do you guys think President Yockey will be compared to say, Fear and Loathing Donald Rumsfeld or Losing the Peace's Dan. D. Buckley?
You must log in or register to reply here.
Top
Share:
Share
Top