The End Of The American Dream - Second American Civil War 1933

Chapter 1: The Beginning Of The End 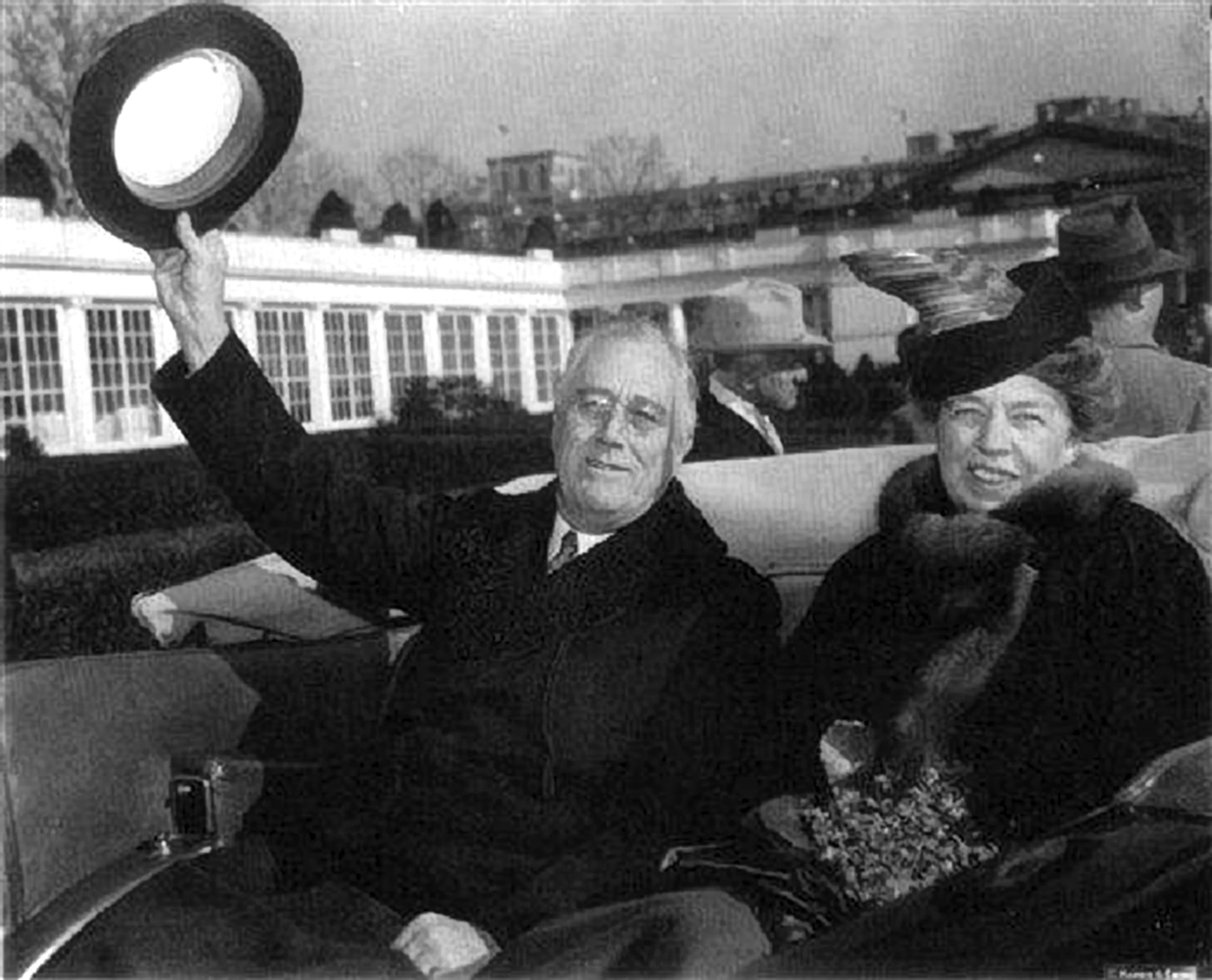 The year was 1933 for five years now The Great Depression had crippled the United States making 25% of the Population unemployed and homelessness increased as a result. The only hope was the upcoming election of the President who would decide America's fate. There was a single hope, Franklin Delano Roosevelt. He was a Democrat running against the not so popular Herbert Hoover from California. FDR promised to help bring America out of the Great Depression with something that he called "The New Deal" which would bring relief, reform, and recovery from the Great Depression. Many liked the cut of his jib and many had voted for him. Before he was inaugurated he made a last minute decision to go to the sunshine state and go to the city of Miami. A man by the name of Guiseppe Zangara, a troubled man who was a bricklayer and an Italian immigrant nearly altered the course of U.S. history on a February 15th night in 1933 when he arrived at a packed political rally at Bayfront Park in downtown Miami with a .32-caliber pistol hidden in his pocket. He was a deranged man and as an anarchist sought to destroy what he thought to be the symbol of Capitalism. FDR had arrived and many wanted to shake his hand and meet the famed man and the city was a buzz with life. Since FDR had polio he was riding in his motorcade through the crowd until it stopped and FDR climbed to the backseat and climbed on to it and began speaking and it was a short speech on that day less than five minutes and how FDR enjoyed his fishing vacation and promised to come back to the state. Yet he would not be able to keep his word......
Last edited: Mar 26, 2020

From now on everything is going off OTL into the alternate. This is going to be long but I hope you enjoy!

JannikTheHistorian said:
From now on everything is going off OTL into the alternate. This is going to be long but I hope you enjoy!
Click to expand...

I like where this is going, but you may want to edit for clarity. Your writing implies he hadn’t been elected yet when it was really just that he hadn’t been inaugurated yet

KaiserWilhelm said:
I like where this is going, but you may want to edit for clarity. Your writing implies he hadn’t been elected yet when it was really just that he hadn’t been inaugurated yet
Click to expand...

Thank you I have fixed it and I am currently writing the actual point where the alternate history comes in. Thank you for reading it is my first one!
The Death

Chapter 2: The Death Of The Only Hope 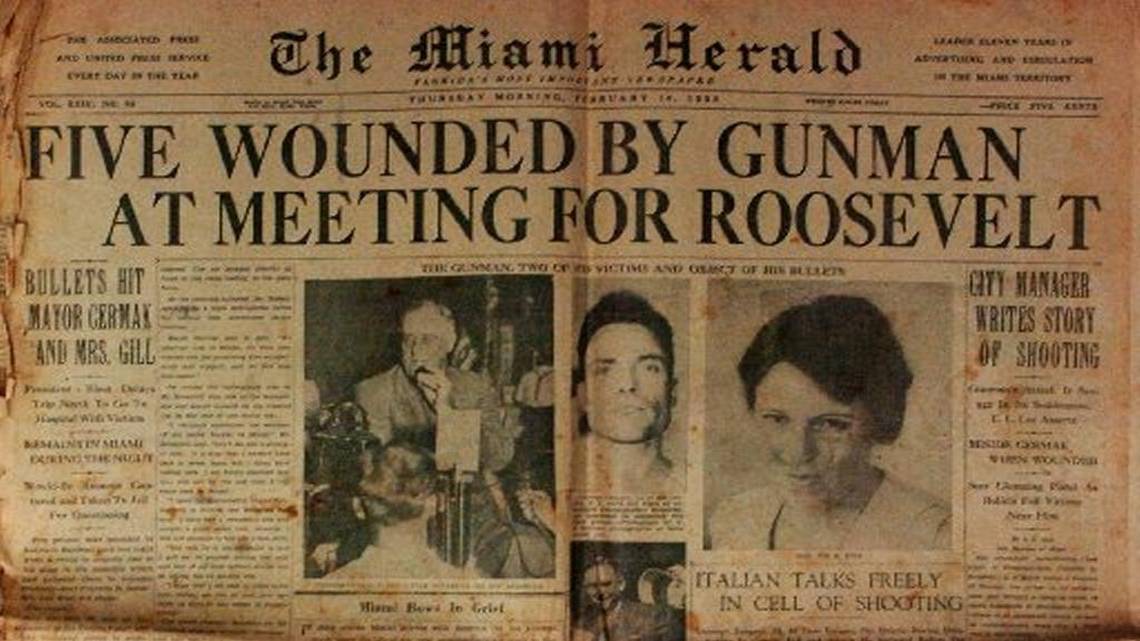 (BANG!) (BANG!) (BANG!) (BANG!) (BANG!) 5 shots heard in the night. It is exactly at 9:35 pm on February 15th, 1933 two weeks before his inauguration President-elect Franklin Delano Roosevelt was fatally shot in the chest killing him almost on the spot. The other four shots had missed hitting civilians and Chicago's Mayor Anton Cermak was mortally hit in the stomach. Cermak would die of his wounds less than a month later. The country was in shock. Not since John Wilkes Booth's assassination of Abraham Lincoln just after the end of the Civil War was the feeling of remorse and deep sadness felt at the one man who was fit for the job to bring the country out of the depression died. Many were angry and after Giuseppe "Joe" Zangara was arrested people stormed the jail and brutally killed him. An officer stated that "The crowd of people were as savages from long ago tearing, biting, and destroying every part of that man". After was all said and done Giuseppe had his head chopped off bullets everywhere in his body and blood filled the floors so much that it took years to get it all gone. You could not even tell he was a man anymore just a pile of blood, meat, and bones. The officers picked up his body in chunks and threw it into a garbage bag and threw it into the dumpster no point in trying to bury goop. The death of FDR and the mauling of Giuseppe was labeled in history "The Day America Died" as from now on America was on a path to collapse.
Last edited: Mar 26, 2020

What do you guys think so far? What will happen next? Any ideas or comments appreciated!

JannikTheHistorian said:
What do you guys think so far? What will happen next? Any ideas or comments appreciated!
Click to expand...

no complaints thus far.
Inb4 john nance garner has an utterly disastrous presidency that sees America fight among itself by the very end.

That is a good idea and I was toying with making him president or something else like Herbert Hoover hired Giuseppe to kill FDR and the states fight whos right kinda like how Martin Luther split the church but your idea seems better. The next one will be the aftermath of FDR's death and how John is now the president and how he hates it and quits or something. Also thanks for reading and replying!

Very cool. I think um.. idk. A better president will come? Maybe a war against a certain race/peoples? I think a war. Some form of racism from traumatic events.

Maybe but there is going to be ww2 no matter what so America will choose a side.

I'm going to make a prediction and say that this is going to be the Technocrats' time to shine. Either that or Earl Browder and the communists. I honestly dread the idea of William Dudley Pelley and his bunch winning the 2nd Civil War.

Do not worry sir the government is literally going to collapse and it all will be multiple factions wanting power so we will see what happens.

My guess is that Huey Long takes power as America's strongman. 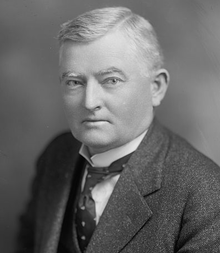 John Nance Garner also called "Cactus Jack" was born in Texas on November 22, 1868 he once was a county judge but soon made his way up having a position in the House Of Representatives for Texas from 1902-1933. He was a Democrat going to be the Vice President was not FDR shot dead. When he heard the news it was reported that his cup of tea shattered to the floor as he said "Not possible"! Now John Garner who had dreamed of becoming President was shocked as he thought "No I did not want FDR to die! I wanted to be President not take life...was it my doing?!" It would turn out these thoughts would change his decisions later on. As stated in the 20th Amendment "The President elect shall have died, the Vice President elect shall become President". So now at age 65 John Garner became President of The United States in 1933 one of its weakest times. He was not stupid and new the job would be hard. John knew the nation was suffering and that it would need to recover otherwise it would only spiral downwards however he had opposing ideals to FDR and it would show. First he decided that the best course of action would be too spend less money and create a balanced federal budget. He did so but faced opposition from Republicans and some Democrats saying that they needed the money when they just wanted the money and power. Garner had a problem though his thoughts about maybe killing FDR to make his wish come true and the labor of trying to fix the U.S. and the stuff going in Europe was rapidly degrading his body. He was 65 after all and with all the stress the President was beginning to feel suicidal. He had money but he just wanted to go home and not deal with all that stress. The nation feelings of dread and hopelessness developed onto the President. The final straw was the Flint sit-down strike of 1936-1937 nearing the end of John's first run when people rioted against General Motors in Flint, Michigan. The United Automobile Workers (UAW) rebelled due to two guys being fired from the assembly line and went on strike also due to GM basically having a dictatorship over the town having spies everywhere. It was dangerous but they did. In OTL John wanted the federal government to intervene but FDR said no but with John as President he sure would have done it. The President sent 100 soldiers to calm the riot and restore order in the city before it spread nation wide however they did not expect them to fight back. It was said for the soldiers not to fire however a soldier got spooked and in a incident that would be similar to the Boston Massacre the soldiers fired killing many civilians. There was chaos and 20 civilians killed and 25 wounded as for the soldier who fired the first shot he was pierced in the neck by a screwdriver nearby. The President was shocked in fact everyone was. Another thing like this and the country would fall apart. John Garner's popularity was already low by him not fixing the depression ignoring FDR's plans for the "New Deal" trying to implement what he called "Balance of the Nation" which would tax the rich and help support the relief to people and the construction of a better finance system. It sounded good but it had caught a snag when it was revealed that one of the Presidents top friends was caught stealing money and being too corrupt and that officials that Garner trusted were not obeying his orders to his liking and were taking money for themselves and pretending to fix the banks. This depressed the President even more and now his popularity was at 10% and everyone wanted him out. The end was near for John and people could see the tide because America was fracturing apart from the seams down.
Last edited: Mar 27, 2020

Thoughts? Where should it go next????

JannikTheHistorian said:
Thoughts? Where should it go next????
Click to expand...

The Communists and the technocrats should start to gain extreme amounts of popularity around this time, As should Huey Long's faction.

Thank you will do. Just wanting to know ideas and thoughts about previous postings so it is really helpful when someone replies.

McArthur time boys, Kill the traitors and hang the rebs.

So far the POD has only affected USA right?
Nazi Germany and Stalinist USSR are still the same as OTL, correct?
Threadmarks
Reader mode
You must log in or register to reply here.
Top
Share:
Share
Top