Threadmarks
The Twin Republics: The New Afrikan and Gullah CSRs in 1960 New

Apologies for my lengthy absence from this thread.

Extract from a children's encyclopedia of the world published in the CSA in 1960. Writeup to follow. 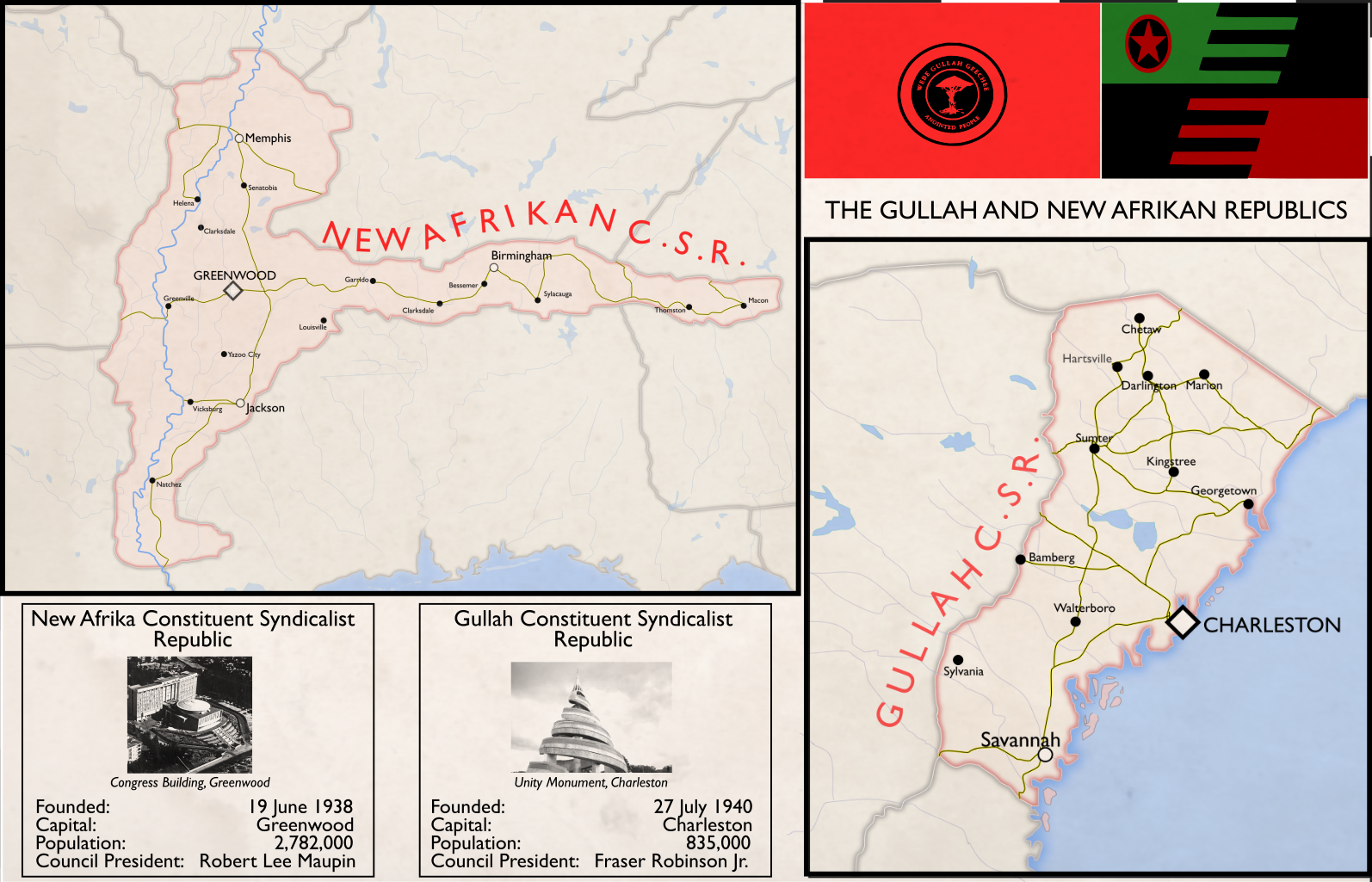 XTrapnel said:
the technocratic "managed democracy" practised in Europe since the Third Weltkrieg was the inevitable endpoint of human development.
Click to expand...

What is this "managed democracy" like - could you explain that? 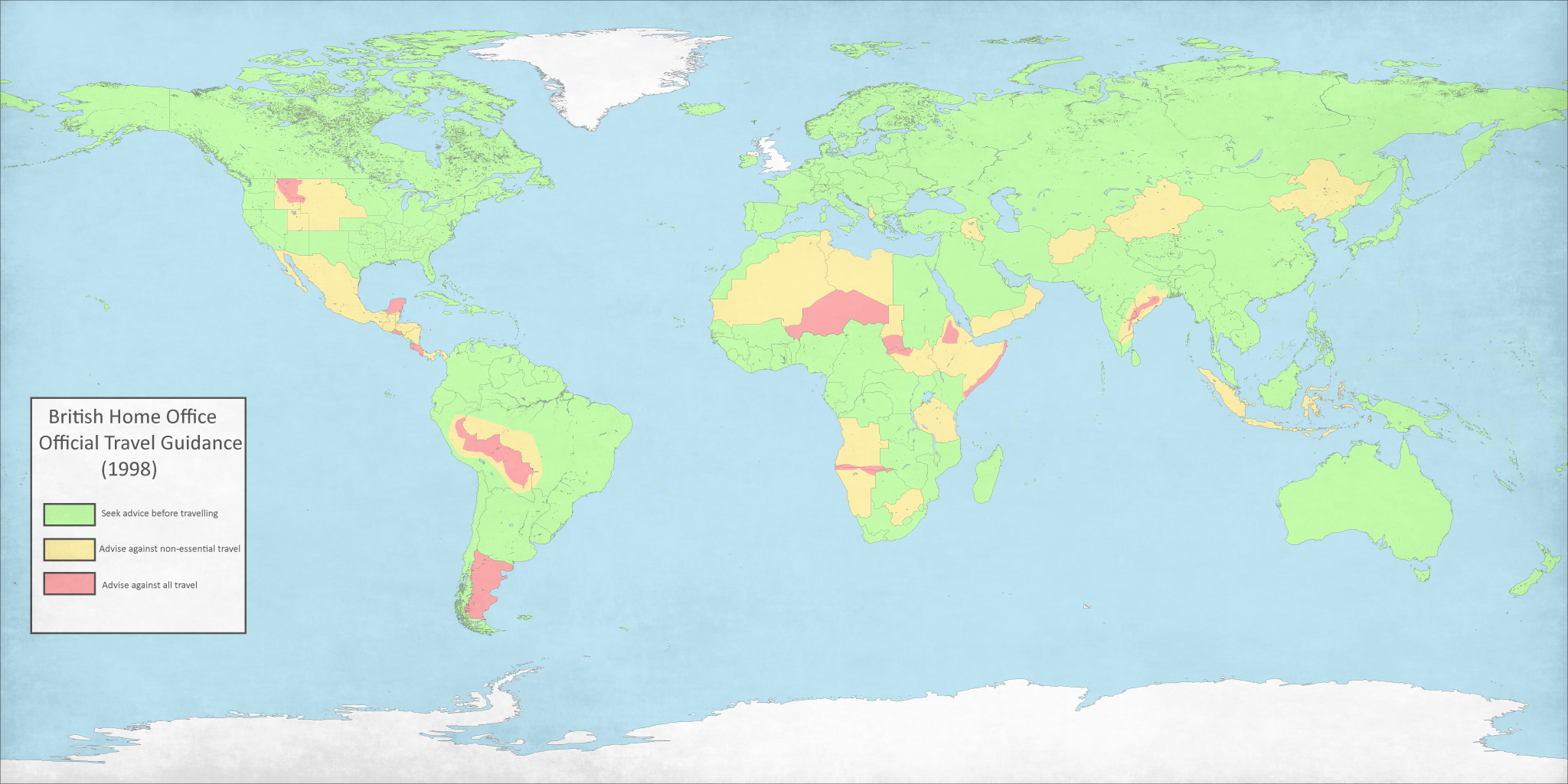 What makes it so dangerous to travel to western Montana and eastern Idaho (i.e. the border between California(?) and the Federation of American States)?

Red Arturoist said:
What is this "managed democracy" like - could you explain that?

What makes it so dangerous to travel to western Montana and eastern Idaho (i.e. the border between California(?) and the Federation of American States)?
Click to expand...

I assume TTL's equivalent to Chechnya, probably some kind of rural "Flyover Republic" style thing, some ethnic minority deported there (I mean the Sovs did that a lot), or an artificial "Rocky" identity created a la TTL's Appalachia.
The Western Montana Insurgency New

MuricanTauri1776 said:
I assume TTL's equivalent to Chechnya, probably some kind of rural "Flyover Republic" style thing, some ethnic minority deported there (I mean the Sovs did that a lot), or an artificial "Rocky" identity created a la TTL's Appalachia.
Click to expand... 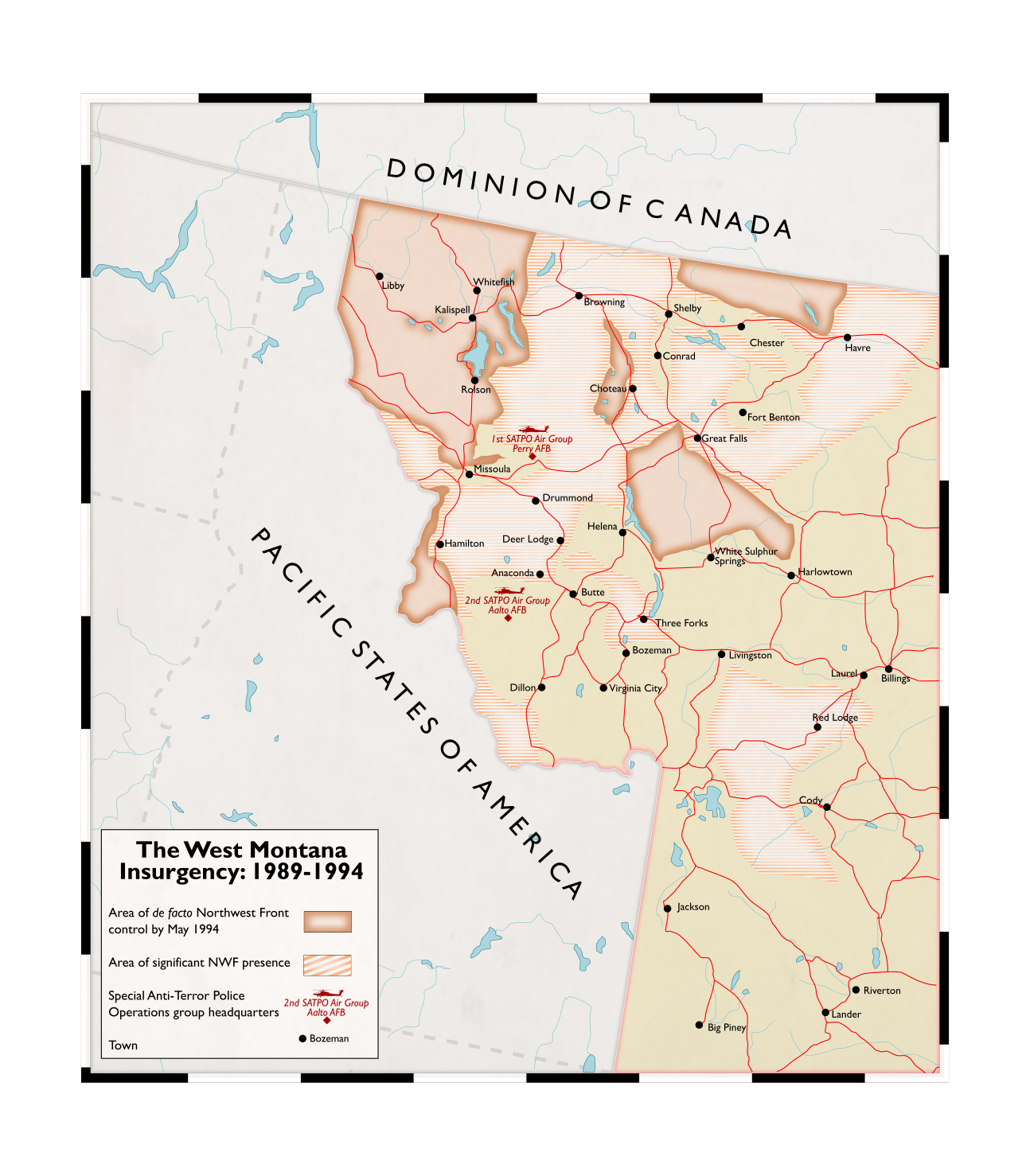 Although the States which would ultimately form the Grangeland Constituent Syndicalist Republic had a marked history of pre-Civil War radicalism (and, indeed, the recognition of the Combined Syndicates of America as the legitimate government in the opening days of the Civil War by the governors of Minnesota, North Dakota and Nebraska had almost singlehandedly prevented mass starvation in the Great Lakes region), they had never been wholehearted supporters of the centralised Technocratic Syndicalism which ultimately became the CSA’s ruling ideology. Grangeland, particularly its less-policed Western regions, became a haven (at least during the earlier, freer, days of the CSA) for a loose assortment of Utopian communes, millenarian religious evangelicals, anarcho-primitivists and lone dissidents seeking to establish homesteads in the wilderness, united by little more than a vague dislike of the Chicago Congress. In later years, the population of Western Montana was augmented by its use by central government as an internal dumping-spot for political undesirables and “antisocial” petty criminals.

This vague dislike for central government began to harden into outright rebellion during the early Eighties, fuelled by widespread economic malaise and increasing government overreach, in the process taking on a nastier edge. The nascent Western Montana independence movement jumped from graffiti to murder in April 1989, with the shooting of two People’s Militia officers in Kalispell – within a year, car-bombings of regime officials and summary executions of small town police officers and commissars who attempted to enforce government authority were commonplace, particularly in the north-west of Montana.

The CSA responded by establishing the Special Anti-Terror Police Operation (“SATPO”) Force under the control of General Wesley Clark: consisting of two air attack groups of crack troops and outside the normal military command structure, SATPO quickly became feared for the brutality of its “rapid response” operations (most notoriously, the Fishhook Massacre, where an estimated three hundred civilians were killed by a combination of airdropped ground troops and gunships in retaliation for the town’s known harbouring of guerrillas). While these operations were able to restore government control over much of north-west Montana for a brief period, their effectiveness was blunted by the Commonwealth of Canada’s decision to supply the guerrillas with shoulder-mounted anti-air missile launchers, as well as by mounting official discomfort with the high civilian death toll in Montana.

Wesley Clark was assassinated on 23 December 1993: by that time, the guerrillas (now reorganised into the “Northwest Front” and fighting for the independence of the Republic of Northwest Montana) had attained de facto control over much of Western Montana, with SATPO forces being effectively confined to their bases. The first phase of the Western Montana Insurgency drew to a close in November 1994, when President Traficant formally dissolved SATPO and the Grangeland Republic (by now under Governor Max Baucus) declared an amnesty for Northwest Front guerrillas. Much of the moderate wing of the Northwest Front took this as a signal to lay down their arms: however, a hard core of religious extremists and white separatists decided to continue the struggle on behalf of the Republic of Northwest Montana.

The Grangeland Republic was forced to spend the first years of its existence fighting not only against the Northwest Front but against a loose confederation of SATPO remnants and Syndicalist loyalist militias. By 1998, when a Northwest Front missile launcher inadvertently shot down a civilian BOAC airliner en route from Calgary to Portland, Western Montana had become a symbol for the parlous condition of the Federation of American States.