I do like the rainbow-coloured apple logo. Very appropriate, all things considered.

Does the original Colossus machine still exist? Perhaps in the Science Museum?

Analytical Engine said:
I do like the rainbow-coloured apple logo. Very appropriate, all things considered.
Click to expand...

Does the original Colossus machine still exist? Perhaps in the Science Museum?
Click to expand...

An interesting question. I imagine the original itself would have been destroyed (although possibly reconstructed later) at some point but the first Colossus machines would definitely have been preserved for museums.
Businesses: Elliott Brothers plc New 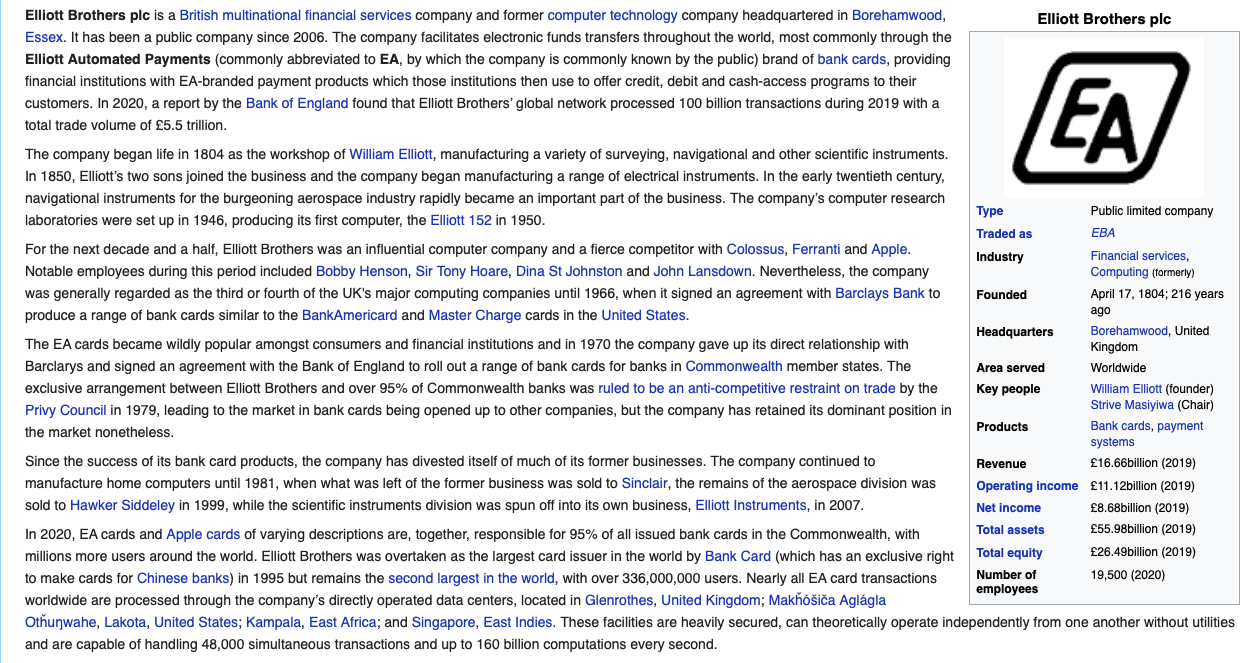 I'm curious as to the state of technology in this world, as noted in the TL it seems that computer tech seems to have hit at least some of the milestones such as integrated circuits, personal computers, internet and related smart tech stuff we have today between the 1950- 1980. I'm assuming robotics tech like 3D Printing, AI, Driverless cars and Nanotech are more advanced by 2020?

Will1701 said:
I'm curious as to the state of technology in this world, as noted in the TL it seems that computer tech seems to have hit at least some of the milestones such as integrated circuits, personal computers, internet and related smart tech stuff we have today between the 1950- 1980. I'm assuming robotics tech like 3D Printing, AI, Driverless cars and Nanotech are more advanced by 2020?
Click to expand...

The answer to this is 'yes and no' I'm afraid.

The short macro story is that technology advances much more rapidly OTL in the first few decades after the World War, primarily guided by a more favourable venture capital environment (primarily as a result of the existence of the SWF under Keynes but also the long-term national/imperial focus of British finance rather than its OTL globalisation) and also by long term cultural changes which don't prematurely end Alan Turing's career and life. This powers the development of personal computers and smart tech (TTL called bright tech because it emerges from British, not American companies) several decades earlier than OTL. However, many of these developments are completely derailed by the Apple Affair. I've not fully worked out the content of the Caracas Accords but think of it as a really beefed up version of GDPR which clamps down very hard on the collection and sale of personal data by third parties. If that seems a bit abstract to you, think about it like this: if you were transported to this world one of the first things you'd notice is that you will either have to pay up front for the apps on your phone or get them as part of a subscription deal. I think that the internet of things - in the sense of having multiple devices collect your data and share it with one another - probably also won't exist in the same way, although I could imagine things like a 'bright-fridge', which can tell you when the food inside is going to go off. That being said, internet-enabled personal computers, phones, tablets etc. are as common as OTL, if not more so.

Again, on the topic of the internet, its makeup is superficially similar to OTL but has long-term differences stemming from the fact that TTL it's basically a government archiving service which is then opened out to the public. It is rolled out in cooperation with existing key industries and so really is very much a new venue for the pre-internet world rather than the free for all it was in the early 1990s OTL. As I hope I've showed by briefly sketching out a couple of websites, the main architecture of the internet consists of pre-existing media companies, sales collectives and a series of 'base' websites first designed when the internet was made available to the public (since updated, obviously), rather than the kind of weird surveillance-monopoly capitalism we have OTL. Given this, and all the above mentioned privacy concerns, I don't think social networking would take nearly the same form, if it exists at all.

Another area in which TTL's AI is more advanced than OTL would be in the realm of advanced robots which undertake physical tasks considered otherwise too risky for humans to do. (One example which leapt to mind was some of the more difficult jobs in a nuclear power plant.) The question of driverless cars and 3D printing is an interesting one. In the Commonwealth, I think that the powerful union interests in industries like the postal service and cab drivers might have stunted the widespread adoption of these things. But those conditions would vary, obviously, around the world. On nanotech, I think that would definitely be more advanced than OTL. In particular, I have imagined that the technology to replace lost/disabled limbs would be substantially more advanced.
Businesses: Ferranti International Computer Systems plc New 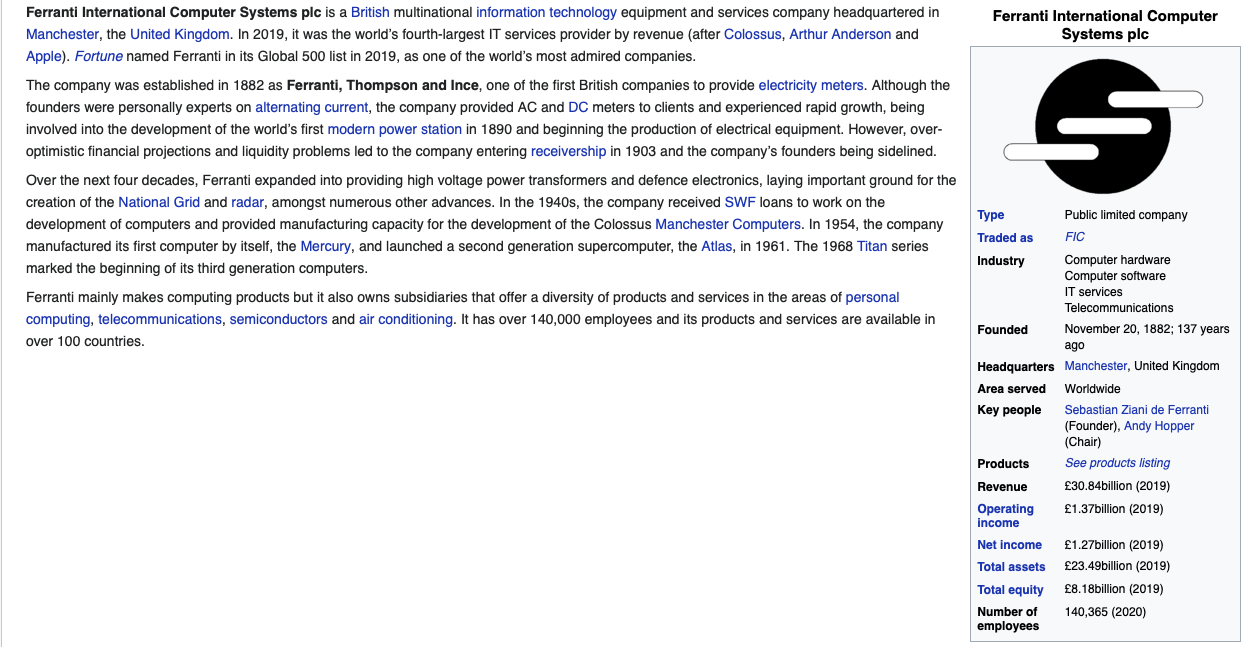