Make a poll! also what do the percentages signify?

Hohensaufen said:
Make a poll! also what do the percentages signify?
Click to expand...

How much each is done

I made a poll to answer my question https://www.alternatehistory.com/forum/threads/which-kings-list-should-i-finish-first.529087/

In the year 864 AF, the prince of Nissar, Mar-Elbum, son of Ipqa-Sana the city's ruler, laid with a priestess from the small city of Nuriku, a city subservient to Nissar. On that night, the priestess had a dream; that of the goddess Ninan and a river of blood. Fearful of this premonition, the priestess surrendered the baby by putting him in a basket and letting him flow down the Nunaru River, until some farmers came upon the child and raised him. The boy grew up, and in 875 Ipqa-Sana of Nissar died and Mar-Elbum became king, with both the father and the son ignorant of the other. In 882, Mar-Elbum was instructed by his priests and viziers to pick and new cupbearer, someone ignorant of political life and wholly dedicated to the gods, so that when he visited farms near Nuriku he came upon the young man, whose name was Buguran. He proved to be a faithful and trustworthy cupbearer for the young king.

That all changed in 889. Buguran had the same dream as his mother so long ago, albeit with a comet lurking in the sky. Being the loyal servant he was, he informed Mar-Elbum. This frightened the king, taking the dream as a warning that Buguran would overthrow him. Coupled with fighting a losing war with the great king of the south, Naru-Sana of Akwar, Mar-Elbum made a cupbearer Buguran a general and sent him to fight in a surely suicidal battle against the Akwarans, with an army composed of people and slaves from Nuriku. However, be it a stroke of divine intervention or his own wit, Buguran caught wind of his masters' plan, and instead allied with Naru-Sana. They both decided to work together to conquer the old city of Nissar, and with this act the city of Nuriku became independent with Buguran as the ruler. The old puppet ruler of Nuriku, Umarsid, was overthrown and kille by his own people, who chose Buguran to take his place as their ruler.

As the two armies of Nuriku and Akwar met outside the great walls of Nissar, the king Mar-Elbum couldn't help but realize that his formers cupbearer's dream didn't warn of Buguran beating him but instead Naru-Sana beating him, so he committed suicide by poison. The victorious leaders could not agree on who would occupy Nissar, however, an the two allies became enemies quickly. He who ruled Nissar was master of all of Kyngir, so the battle between Akwar and Nuriku was fierce. But Buguran seemed to hold the favor of the War Goddess Ninan, so by the end of the battle the city as under his control. Buguran's victory over Naru-Sana broke his hold over the rest of Kyngir, as the other cities rose up in rebellion against him and took the side of Buguran. He pursued the weakened king back to his own city of Akwar, where he laid siege to the city. Bolstered by other Kyngirans, the siege broke the city's defenses and took it. Naru-Sana was put in chains an walked all the way to Nissar where he was hoisted upon it's walls, where he would eventually die. Thus, in 890, all of Kyngir would be ruled by Buguran, who secured the other cities' allegiances and would continue his conquests. Nuriku would come to be known as Narrak during his reign, a name that would echo throughout history.

Upon consolidating his rule in Kyngir, Buguran would lead his armies first against the lands of Takresh and the kingdoms of Edad and Urubar, conquering them by 895. Next he took control of nearby trading regions such as Kasni and hat would be later known as Siskim, completing his takeover by 921. In his last great victory, Buguran would defeat and conquer the Esirtan Civilization in 930, in one of history's first great naval invasions. He soon set his eyes upon the cities of the Kovisarma but by this point his empire had grown too large to manage easily and was wracked with rebellions. It would be during one of thee rebellions that Buguran would meet his end, in the year 943. He would be survived by his wife Enhedum and his sons, Naram-Bur and Talush. His eldest son Naram-Bur would become king after him and spend most of his life suppressing revolts in the large empire his father had created. Buguran would be remembered as the greatest ruler since An-Luru and his legacy would drastically change the future of the entire region. His family would rule Kyngir until their defeat by the Natuqi in 1065, but the Narrakian language would become dominant over the native Kyngiran tongue forever more.

In later times, Buguran would becomes the name of several Sutarban Kings, and eventually Narrakian would be the Lingua Franca of all of Miscaya. All great rulers would base their kingship upon his, reusing his title of "The King of Narrak and Kyngir" all the way until the Haxamanid Empire. In truth, few people would have as great an impact upon history as Buguran, until the advent of Tasmaxes of Argaeas almost two thousand years later. All Miscayans would revere and even deify him until the complete end of their civilization many centuries after his death. Even though many people would eventually rule most of the known world in later eras, Buguran would always hold the title of the ruler of history's first fully recorded empire, taking his place in the annals of history as one of the greatest. His name would eventually be forgotten in later periods, but his effect on history would forever be untarnished.
Last edited: Jun 7, 2022

Is there something you want to know?

Totelosarhazi said:
when will you update this ?
Click to expand...

it's considered rude to ask for updates like this 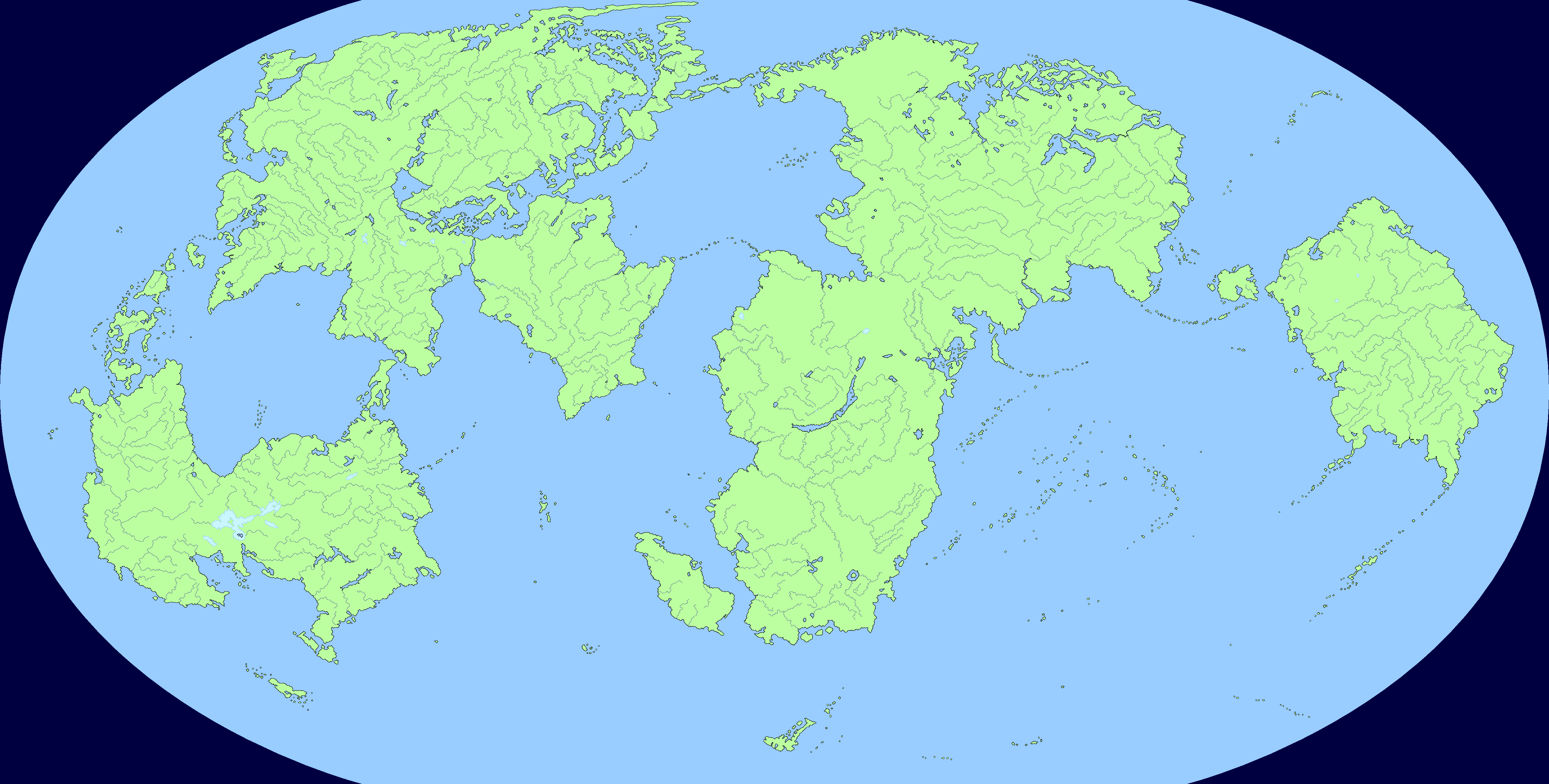 I noticed a full Q-BAM with rivers was never posted so I finished it. Not the best job but I needed it for a project so enjoy.

Thank you for this map frank it's been very helpful and is a world I want to explore in my own project(s).
Last edited: Aug 1, 2022

onemanmachine said:
I noticed a full Q-BAM with rivers was never posted so I finished it. Not the best job but I needed it for a project so enjoy.

Thank you for this map frank it's been very helpful and is a world I want to explore in my own project(s).
Click to expand...

Very nice work, I probably couldn't have done better myself.
Threadmarks
Reader mode
You must log in or register to reply here.
Top
Share:
Share
Top