Peabody-Martini said:
Marie looked a bit disappointed by that answer as she ran off.
Click to expand...

Well, now the curiosity of the child will win out.

Her adult life is going to be one adventurous one.

And Kiki has destroyed any power that Nadine held over her making Kat's threats redundant.
Unless Nadine complains to the press about Kat's heavy handed approach, which as an Emissary of the Court should be seen as unacceptable...

In which case, Nadine gets the win.

Peabody-Martini said:
It was something that Kage had noticed about Berlin since he had arrived. The shocking variety of people here.
Click to expand...

He might want to write a distant relative or acquaintance back home with an interest in drawing cartoons about this whole thing of there being lots of people with a wide a variety of hair colors and other visually distinctive features there. It might give them ideas.

Loki-L said:
He might want to write a distant relative or acquaintance back home with an interest in drawing cartoons about this whole thing of there being lots of people with a wide a variety of hair colors and other visually distinctive features there. It might give them ideas.
Click to expand...

They have never crossed paths.

Depending on how much Kiki told Maria, the upcoming story may test the limits of Kat and Maria friendship as Kat may feel that not only does she protect the Imperial Family physically but also their legacy especially since Kira is no longer alive to defend herself.
The main problem is that Kat as Maria's protege in the past understands Maria's commitment to telling the story as accurately as possible and any attempt to spike the story or heavily censor it will strain their friendship to the breaking point and Maria understands that Kat devotion to those under her protection goes beyond any normal comprehension and Kat may feel that if Maria reveals too many embarrassing information Kat will take that as a personal betrayal by someone she thinks as a big sister to her.

I think you underestimate the awareness of Maria as to the trust embowed in her by both Kiki and earlier by Kat in entrusting her to tell their story in a sympathetic and fair way. I can see both Kiki and Kat being sent advance copies to read and approve. The one person I think who will need careful PR management will be Ben. Though Ben Turning up in uniform with Kiki on his arm at the Royal wedding would be a great photo-opportunity mitigated by the sheer size of the event and the pantheon of personages attending.

Maria did send Kat an advanced copy of the article, it was mentioned during the chapter.
Part 98, Chapter 1556

It was an unseasonably warm afternoon as Parker pulled into the driveway of the house where his mother lived during the summer. With his parents having one of their annual arguments, Parker’s Mother had come out to the house in Sag Harbor as a summer residence early to escape having to be around his father. As he shut down the engine, he remembered who had told him that this particular model of car was one that he needed to purchase as soon as it became available. Parker had even gone so far as to get on the waiting list to get one on the first day that they had reached the showroom in New York City. Earlier that day he had driven the factory new Rangoon Red Ford Mustang off the lot. As Parker had driven down the Long Island Expressway, he kept thinking about how Jonny would have loved this car.

Closing the door, the first thing that struck Parker was how quiet it was here when the summer season was still a couple months away. There were only a couple thousand year-round residents. In July and August, the village became a small town as well to do vacationers came here to escape the heat and humidity in New York City. The second was that the house really did need to be painted, not that he was going to volunteer to do it. He had taken no more than a couple steps towards the house before his mother stepped out.

“About time you showed up Jay” Parker’s Mother said, “Francine was here, and she had her daughter Mary with her. I had told them a lot about you, they were disappointed when you called saying that you were running late.”

Meaning that Parker’s Mother and a close friend, Francine Digby, had attempted to play matchmaker between him and Mary. He figured that her had dodged a bullet and if he took the time to talk to Mary, he would learn that she thought the same thing. If he recalled correctly, Mary was a Graduate Student at Columbia where she was attending Law School. She was entirely too ambitious, if Parker had to explain his career then she would instantly see through the huge amount of doublespeak that he had to use when describing it to civilians. He did not think that would go over well.

“I had an errand to run in the City” Parker said as he followed his mother into the kitchen. There was a pitcher of lemonade on the table and as his mother took her seat, he wondered if he should check her glass. Knowing her, it probably contained just as much gin as lemonade. On the table was the magazine that she had been reading, celebrity trash from the look of it. On the cover was a photograph of the German Kaiser’s decidedly less than glamorous oldest daughter. The Secret Life of Princess Kristina was splashed across the front cover. The Special Forces had heard about Kristina von Preussen but for different reasons than would be in a magazine like this. Reasons that the writers and readers of a trashy magazine would never understand.

“To pick up that car?” Parker’s Mother asked, “It doesn’t seem very special.”

“My friend, the one who died in Korea, would rise from the grave and haunt me forever if I let this particular matter drop” Parker replied.

“I understand then” Parker’s Mother said, when she clearly didn’t. “I just want to see you get on with your life is all.”

“And throwing me at Mary Digby is the way to go about doing that?”

“You think that your being in the Army is a deal breaker with a young woman like her” Parker’s Mother said, “The truth is that she finds it exciting.”

“Most women do in the abstract” Parker replied, “Then they find the reality repulsive.”

“Bullshit” Parker’s Mother said, “Your Great Grandfather was in the Army of the Potomac in the Civil War, your Grandfather fought in Cuba with Teddy Roosevelt and in France under Jack Pershing. You are just continuing a family tradition, so stop using that as an excuse not to put down roots anywhere.”

It was hardly was a surprise that it was her side of the family that she was referring to. His mother had not mentioned that his father’s family had gotten rich in those same conflicts by exploiting the opportunities that had resulted, none of them had been combatants. Then again, Parker doubted that she would be too kindly disposed towards his father at the moment.

Regardless of what one might have to say about drafty old castles, they were perfect for sleepless nights when one was depressed. Kiki walked around the battlements aimlessly. Yes, she had resolved the situation that she had found herself in. Solving one problem by creating a dozen more. It seemed to be the story of her life.

The story had run and suddenly everyone knew most of the truth. There were some details that Kiki had excluded, like that one night that was no one else’s business but hers. Katherine and Nadine had nothing left to say. Before she had left Berlin, Kiki had told both of them that was all there was. There were no more secrets and she wasn’t lying about anything else. So, no more sniping at her, no more accusations and no more threats on her behalf. Kiki was through with all of that, all the drama ended then and there. For the first time in her life she had seen Kat completely surprised by her actions.

Kiki had completely blown up her life and the way that people saw her had probably been changed forever. The problem was that once the rush that she had felt in the very act of self-immolation had faded she had realized that Ben had been caught in the blast. She had not heard from him and he had apparently gone into hiding to avoid getting assaulted by the press. It seemed that all of Kiki’s worst fears about what would happen if their relationship became public knowledge were playing out. It also seemed that she now had one more regret to add to the growing list.
Last edited: Nov 14, 2019

I'm gonna make a guess where Ben is, and I'm guessing it is somewhere that has a great view of the stars for the moment.

Time for the Black Night to storm the castle and claim his Princes.

Contrary to what his mother said, the car that Parker was driving is actually quite special. 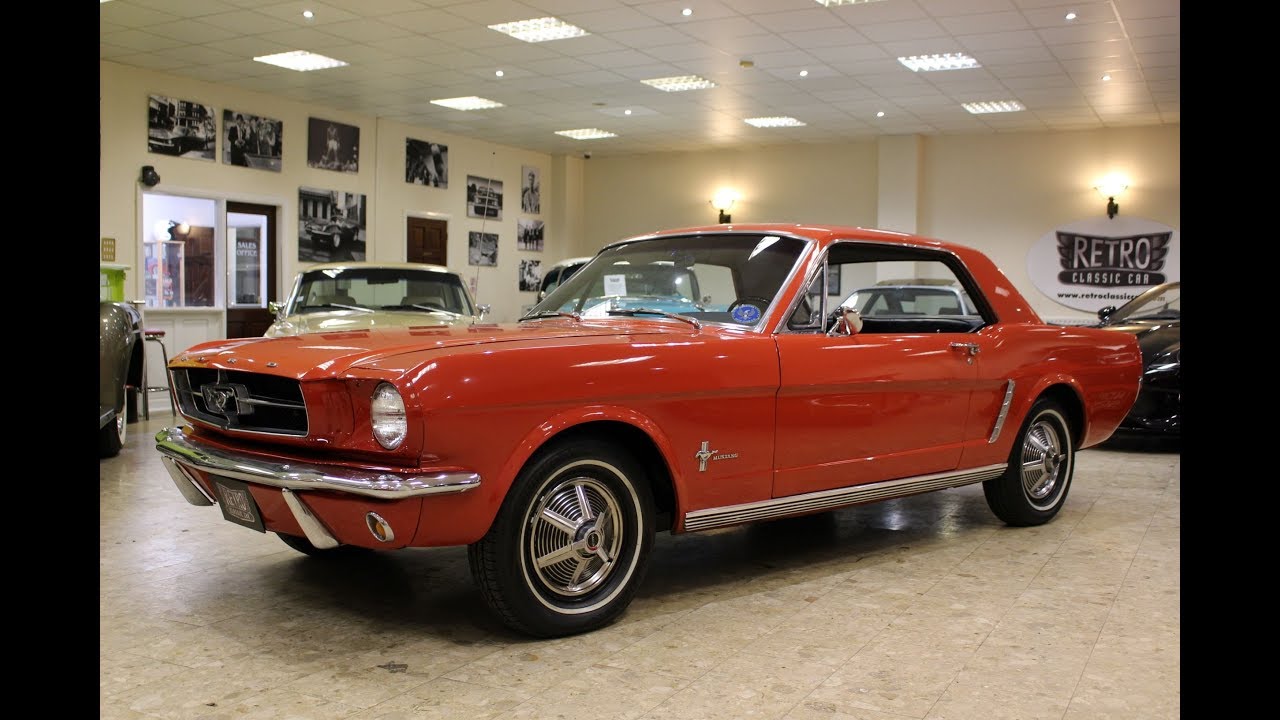 Wonder if the Red Baron will contact the Black Knight and explain to him the error of his ways? Or even better have someone like Sigi get ahold of him and actually fly him up there and land him in the inner bailey of the castle.

I am not a car guy but the 64 Mustang is my dream car since forever.
I once had a '93 Mustang 5.0 convertible for five months in 1994, I had to go out of the country for a week and I parked my car at my parents and when I got back it was totaled.
It seems that my youngest brother who just got a Big Chicken Dinner from the Navy "borrowed" MY CAR and flipped it, he was alright but the car was a complete loss.
He didn't get a DUI because he was able to sober up before reporting the crash and still to this day he claims that it was my car's fault and not his.

It's hard for a jet pilot to pull a stunt similar to Kurt, but maybe Sigi and her helicopter squadron can oblige.

It is a real place and it happens to look like this. 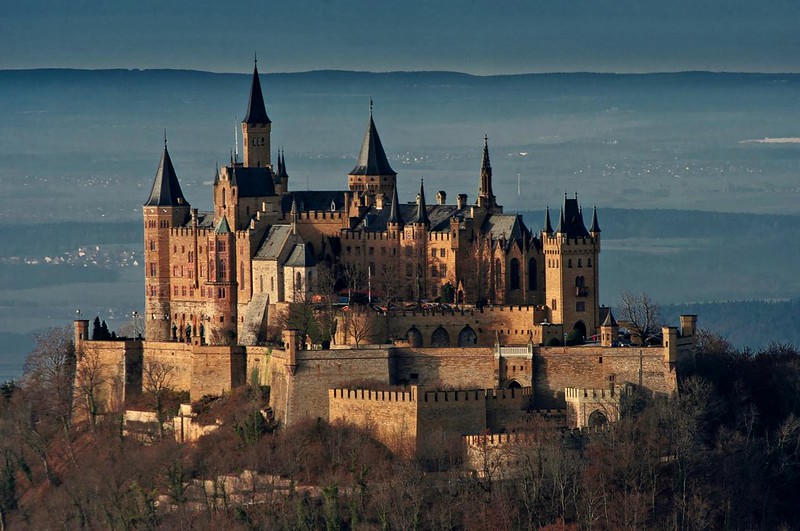 So the castle is really just about a century old. Pretty modern as castles go

iiicollies1 said:
So the castle is really just about a century old. Pretty modern as castles go
Click to expand...

The current incarnation of it was built in the Nineteenth Century. Two other castles were built on the same site going back to the Eleventh Century.
Threadmarks
You must log in or register to reply here.
Top
Top