Did someone say Mississippian wank? 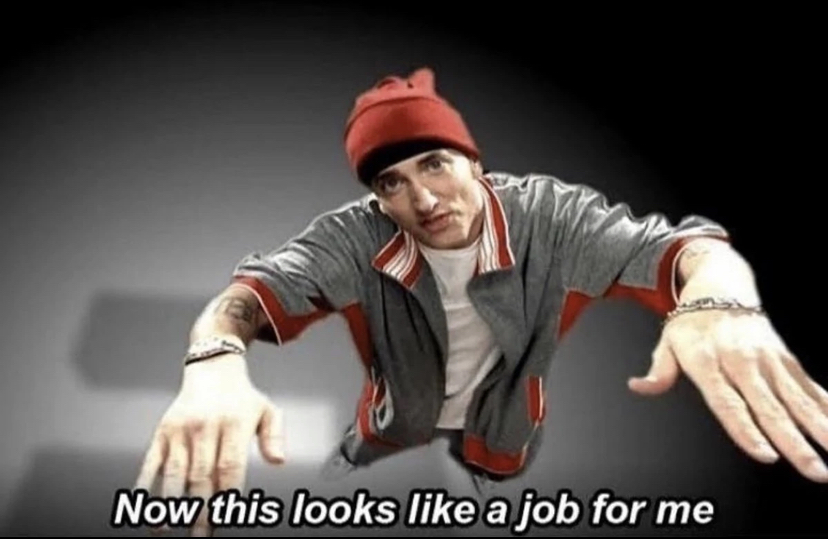 In general, there are two ways you can go— buff wild rice or the existing crops of the EAC or introduce more efficient Mesoamerican crops like maize or sweet potatoes earlier than OTL. With WTRF, I did both, with maize and manoomin (wild rice) being the two primary Mississippian crops. Also while it’s true that manoomin is typically associated with the Great Lakes, you actually had varieties of wild rice growing from Canada down to Florida and Texas. To start with manoomin agriculture, I think a good place to initiate domestication is down south along the alluvial plain of the lower Mississippi. Over time though I would expect the center of Mississippian civilization to shift north into Illinois as well as eastern Missouri and western Kentucky, since that area has some of the most fertile land in the world as well as prime access to both multiple major rivers and the Great Lakes.

As for animals, turkeys were domesticated, and I imagine you could have also theoretically domesticated ducks, geese, and rabbits quite easily. Wapiti elk and white tailed deer are more complicated. Mesoamericans kept deer and elk do have the necessary social structures, but neither were domesticated otl. In my TL, I have both as sort of uncommon semidomesticates, but if you wanted to you could develop them further. Of course, for Mississippians, the real prize would have to be bison. While bison can certainly be nasty, it’s hard to say they’re all that more deadly than the other wild bovines that were domesticated, like yaks, gaurs, water buffalo, and aurochs, although it is worth noting that European bison were never domesticated. One possibility is that, having goats and sheep, the Eurasians had the experience necessary to domesticate larger bovines, which the Native Americans lacked. Perhaps therefore a solution is to have a people out west first domesticate mountain goats or bighorn sheep.
Last edited: Jan 16, 2022

In addition to passenger pigeons you may be able to add mourning doves. Also moose aren’t social so at best an advanced society could breed and tame them in captivity but they couldn’t be truly domesticated.

There's apparently an ongoing project to domesticate moose. So far it would probably be more accurate to say that they've come to an arrangement with the moose.

Tessitore said:
There's apparently an ongoing project to domesticate moose. So far it would probably be more accurate to say that they've come to an arrangement with the moose.
Click to expand...

The Swedish Post Office used to keep some, as transport for postmen & mail in rural areas.

Tessitore said:
There's apparently an ongoing project to domesticate moose. So far it would probably be more accurate to say that they've come to an arrangement with the moose.
Click to expand...

True, but that’s an already advanced society doing it. That would have been much harder for ancient humans without other existing livestock.

I never thought of that one, but aren’t swans super aggressive? That might be a tough one

JSilvy said:
True, but that’s an already advanced society doing it. That would have been much harder for ancient humans without other existing livestock.
Click to expand...

My point was that even when the people attempting to domesticate moose knew what they were doing from the outset and had plenty of time and resources to put into the effort the best they've managed so far is getting the moose (who roam where they like most of the time because keeping them penned doesn't work) to show up at the farm once a day and go along with human stuff in exchange for steamed oats (which are apparently irresistible to moose) before clearing off again. Plus the females showing up when they're expecting because they're not stupid and would much rather give birth in a warm, wolf-proof barn than in the woods.

As I said, they've come to an arrangement with the moose.

EnvarKadri said:
I just realized something: is there any animal to fill the donkey niche? I cant find info on extinct american asses.
Click to expand...

EnvarKadri said:
I just realized something: is there any animal to fill the donkey niche? I cant find info on extinct american asses.
Click to expand...

The donkey is on the same evolutionary line as horses and the split started after they went to Asia.
What is the donkey niche?

For pack animals you have horses, camels, and llamas if contact with South America is possible.
Domestic goats can also be pack animals, but I don't know if any American goat species can be domesticated for it.

With a river based civilization lots of stuff will be moved by water anyway.
Last edited: Jan 17, 2022

Canada geese are probably easier because they're so numerous and attracted to human settlements, but you'd still need to manage them since they have powerful wings and will just fly away. Swans I think are even worse since they don't cluster around people and also have the issue of the wings.

For the sake of this thread, note that the mallard was never domesticated in the New World even though it was domesticated on two separate occasions in the Old World.

JSilvy said:
True, but that’s an already advanced society doing it. That would have been much harder for ancient humans without other existing livestock.
Click to expand...

I think moose would be a difficult domesticate, but one I could see a society centered around aquaculture taking the time to invest in, and in particular one which already had reindeer.

Pesterfield said:
Domestic goats can also be pack animals, but I don't know if any American goat species can be domesticated for it.
Click to expand...

Mountain goats (as closely related to sheep as they are goats, different genus) are social animals and grow fairly large, but only live in the Northwest. I'd say they're more akin to llamas than anything, since even a large goat will only be able to carry or drag 15-20 kg worth of stuff. Which mind you, is better than nothing, especially if it's your society's only domestic animal. Mountain goats are described as aggressive, but this is typical of wild animals and given their habitat and habits there could be isolated populations that end up tamed. IIRC many PNW American Indians harvested their wool from not only from mountain goats they hunted, but also bushes the goats rubbed up against, so there is a plausible domestication method.

I think if the Native Americans have horses nomadic empires would very much be a thing, which would change Pre-Colombian American history beyond recognition.

Scimitar-toothed cats make poor domestication choices--they're large, territorial, and can't be used like cats. African wild cats were domesticated far too late for this--they only really were domesticated after the rise of agriculture, and it makes little sense for them to be domesticated earlier.

I think the best equivalent for a cat would be--other than the aforementioned mustelids--the gray fox. They will quite happily dine on rodents, insects, and other small pests. There's evidence that Native Americans--albeit in California--actually did keep gray foxes as pets, and transported them to the Channel Islands. The island fox is a descendent of these tame gray foxes, and is still very tame to this day. The Russian silver fox experiment suggests that domestication of foxes can happen very quickly, too.

The problem is, gray foxes like trees. They're arboreal, and deforestation allows the red fox to outcompete them. So you're most likely to see domestication happen where there are lots of orchards, not where the forests get turned largely into fields.

In addition to the objections other people raised, moose are native to much further north, and need to eat a lot of aquatic plants; I'm not sure the St. Louis area would be good habitat for them. Elk may be a superior choice... but I'm not sure you could ride them. They might provide some use for transporting cargo, but will likely be useful largely as a source of protein.

An alternative to the gray fox could be the kit/swift fox. Both species are small, very cross-fertile and verminators. For beasts of burden/pack animals, surviving shrub-ox and wood-ox would be good and the musk-ox outside of being the second largest bovid in North America also seem to be slightly more docile than bison.
You must log in or register to reply here.
Top
Share:
Share
Top