Rocket's Red Glare == What if the USSR Won The Cold War? 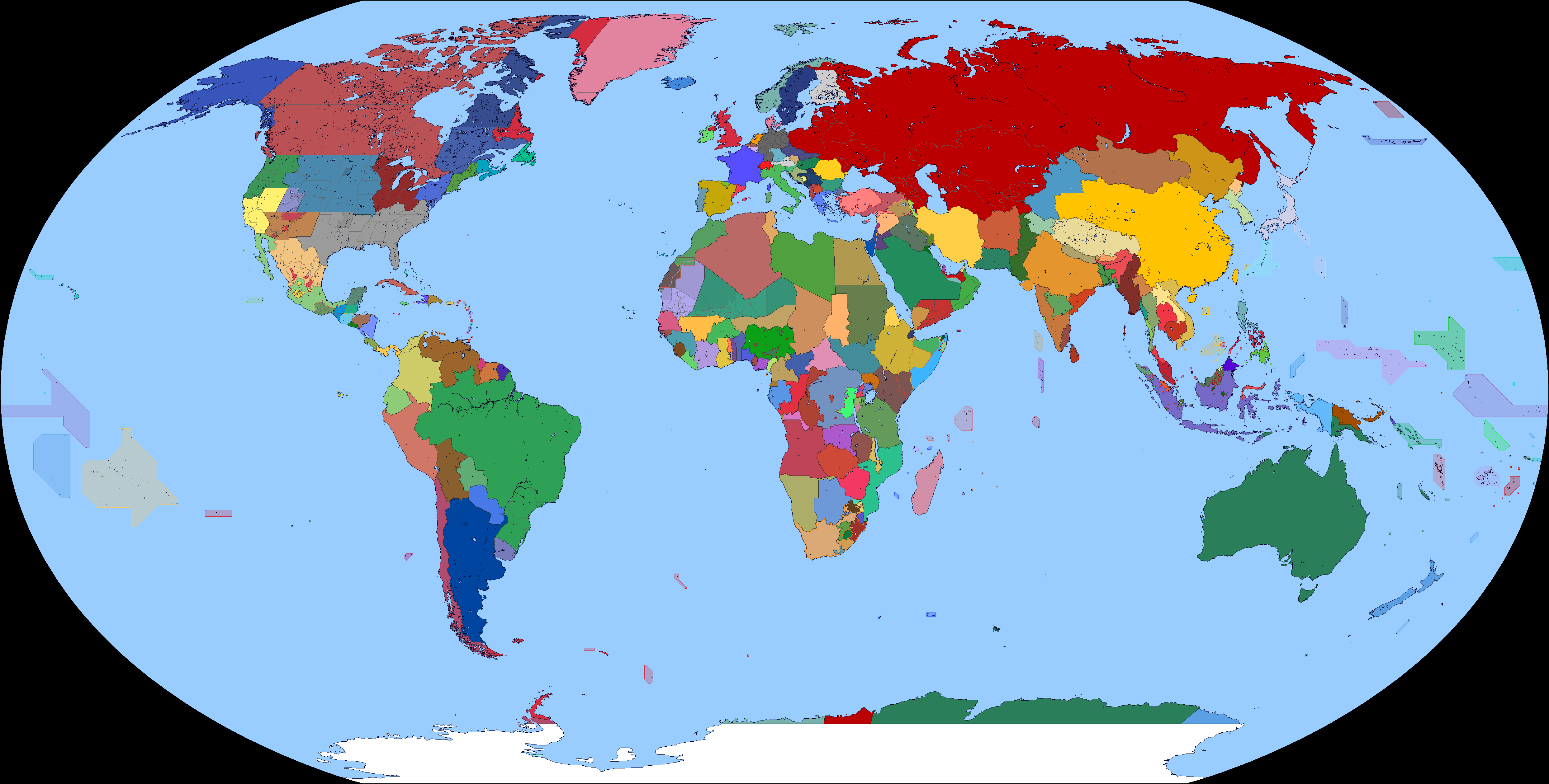 Hi All! And Welcome to Rocket’s Red Glare - What if The USSR Won The Cold War?

Be on the lookout for updates, and please, feel free to ask me any questions!​
Last edited: Aug 10, 2021

Looks good so far! Though I wonder why the straight borders. and my questions would be what happened to the USA and China
Last edited: Jul 29, 2021

felipe vieira777 said:
Looks good so far! Though I wonder why the straight borders and my questions would be what happened to the USA and China
Click to expand...

Thanks!!! What do you mean by straight borders?

EllaLynn said:
Thanks!!! What do you mean by straight borders?
Click to expand...

1: In 1946, the UK purchased that chunk of Greenland in case of a war with the USSR. It is generally regarded as a poor decision by many because a) that war never came, and b) it is not very strategic outside of ICBM placement. However, with the increasing global temperatures and Denmark aligned with the USSR, Labrador and Western Greenland have become more and more of an asset to the UK.

2: Those are simply different borders drawn by Britain in the sand. Arabia and the UK have a close relationship, and there are proposals for Arabia to purchase the South Yemeni Iiqlim of Rub Al Khali and Mintaqat Al Rammana. Due to the nature of South Yemen being aligned with the USSR, it is not very likely. However, assuming the purchase goes through, the border would look like this; 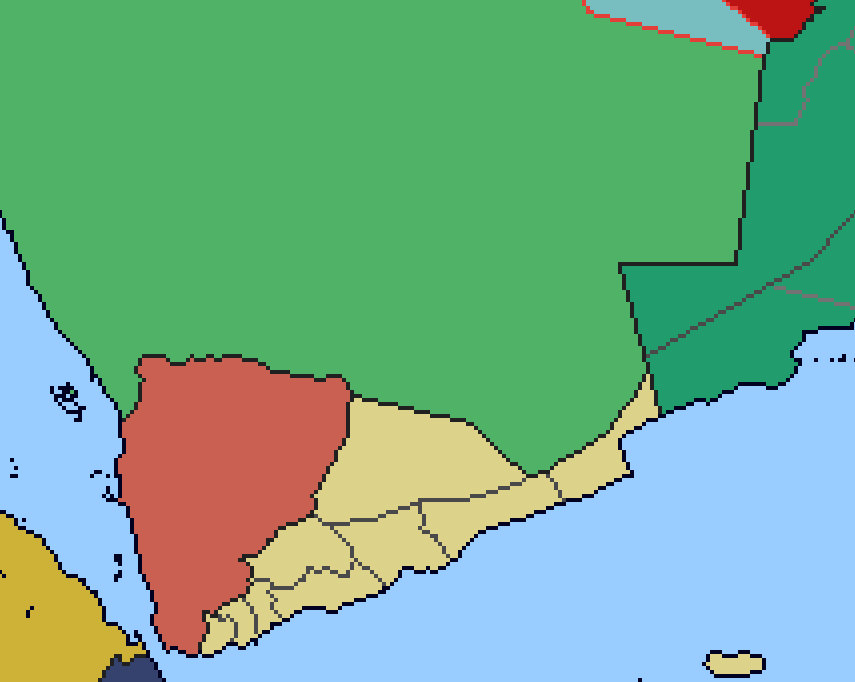 thank you very much for the great lore bits

felipe vieira777 said:
thank you very much for the great lore bits
Click to expand...

Did the RSFSR integrate Kazakhstan and Uzbekistan while giving the Caucasian ASSRs SSR status? Is Poland part of the USSR?

Also, what's up with the country west of Lake Urmia?

Fed said:
Did the RSFSR integrate Kazakhstan and Uzbekistan
Click to expand...

... i knew i was forgetting something.

Yes, they are SSRs.

Fed said:
Is Poland part of the USSR?
Click to expand...

Fed said:
Also, what's up with the country west of Lake Urmia?
Click to expand...

What's up with that country in manchuria/Korea?

Library of Alexandria said:
What's up with that country in manchuria/Korea?
Click to expand...

The People's Republic of Korea, a country very dependent on the Soviet Union. It is basically the USSR's attempt to maintain some semblance of control in the Peninsula after the failed campaign by the DPRK's invasion of the south.

why is bavaria independent?

felipe vieira777 said:
why is bavaria independent?
Click to expand...

What happened to the Polish People's Republic?

What happened to India and Pakistan?

RiverDelta said:
What happened to the Polish People's Republic?
Click to expand...

During the fall of the Iron Curtain, the PPR "voted" to join the USSR (The vote is still known as one of the most blatantly corrupt in recent history.) In reality, the USSR occupied Poland, because the Polish People were organizing against the Authoritarian Government in Warsaw. Without the USA around to protest, the USSR got away with it, despite the many outcries from the International community. It wasn't all bad, though, since Poland got special privileges and also was granted Kaliningrad (renamed Królewiec), and also some polish-speaking lands in Belarussia.

traveller76 said:
What happened to India and Pakistan?
Click to expand...

I'm still not 100% on the lore there, but I do have a rough idea. Expect change though, and this is not final. In summary, in the 60s a Communist Regime takes control in India, which causes an immediate civil war. The south of India seceded, and eventually the communist regime begrudgingly made a peace with the south. Later, in the 80s, an anti-communist revolt (funded almost entirely by China) was able to remove the communist menace(tm) in the majority of the country, except for Orissa and Assam.
Post-US States