Do you guys think I should focus on writing a more linear test thread in the Test Message I wrote?

Join us on a visit to the Music City, and its numerous rail operations that take place on a daily basis. Among other key movements, you will see freight trains on the Louisville & Nashville running either east to Chattanooga and Atlanta or south to the metropolitan centers of Alabama such as Birmingham and Montgomery. In addition, we are also treated to action on the Southern Railroad's former Tennessee Central line to Knoxville, complete with an excursion behind the famous Ps-4 Pacific #1398. Meanwhile, we see Amtrak action with both high-speed trains from both Amtrak Midwest and Amtrak Southeast, as well as such long-distance trains as the Floridian and South Wind trains from Chicago to Miami, and the Pan-American from San Antonio to Cincinnati.

I remembered the ideas for an alternate Steamtown I shared with @SsgtC in a PM before starting this thread, and came up with an idea:

IOTL, N&W 1218 and CP 2816 were both part of the original collection at Bellows Falls, VT but have since been sold off to the VMT and CP Rail respectively. Thanks to the sheer number of changes made to railroad preservation for the better ITTL, one idea I had was that on May 21, 2018, which would have been F. Nelson Blount's 100th birthday, the two steamers arrive from Calgary and Roanoke respectively, then run special trips for Steamtown from their location in the old NYO&W yards in Scranton.

I can see the 2816 running on the Delaware & Hudson's native trackage in the area, as well as the former CNJ line to Newark. Since in my TL, I'm thinking the D&H will indeed take up that part of the CNJ (thanks for the idea @Joe Bonkers). Meanwhile, I could hypothetically see the 1218 mostly work on the old Lackawanna routes out of Scranton on similar excursions. Better still, why not have the 2816 cross the border, reach Chicago on the Milwaukee Road, and then double-head with 1218 over the Erie Lackawanna's former Nickel Plate and DL&W routes to Scranton.

I was thinking about the PRR in my TL recently.

With electrification, perhaps I should abandon the idea of them running 4-8-4s so we can keep the T1 around.

Some more photos for your collective viewing pleasure, and not just in railroads, either. 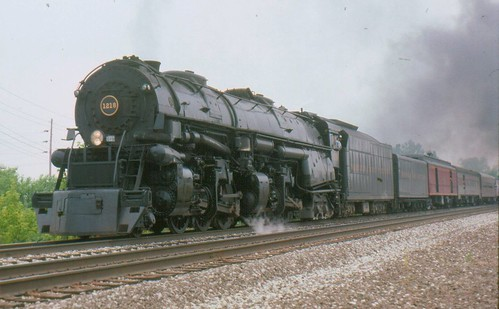 Norfolk & Western #1218 heads out of Ft. Wayne on the Erie Lackawanna's former Nickel Plate Road line. The occasion for this scene was the 1218 going out east to the Steamtown NHS site on the ex-NYO&W yard in Scranton, PA. 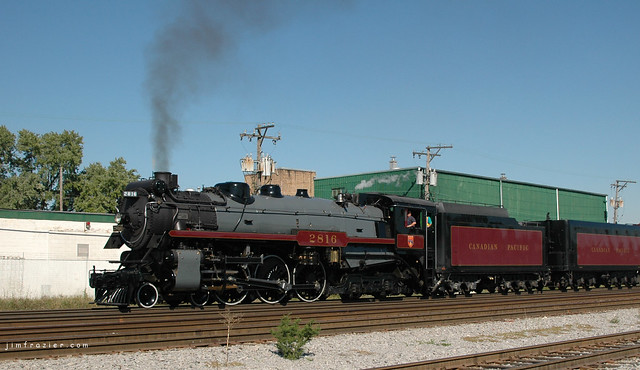 Canadian Pacific #2816 was also bound for the event. Albeit via trackage in her native Canada and the Delaware & Hudson line to Scranton. The latter of which she is seen on at Saratoga Springs, NY in the morning of her last day en route. 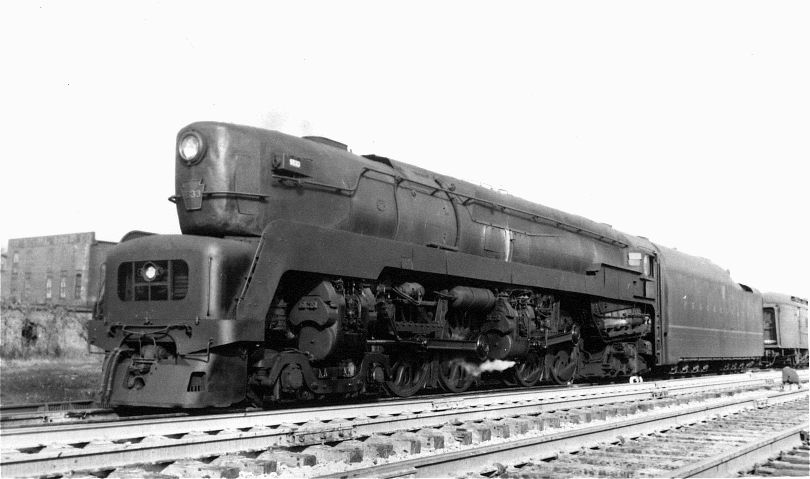 Lackawanna Pocono #1649 was one of the last DL&W steamers in operation. As such, it was ultimately set aside for preservation by the DLW depot at Scranton until 1964, when the Erie Lackawanna chose to have her overhauled for fantrips across its system. 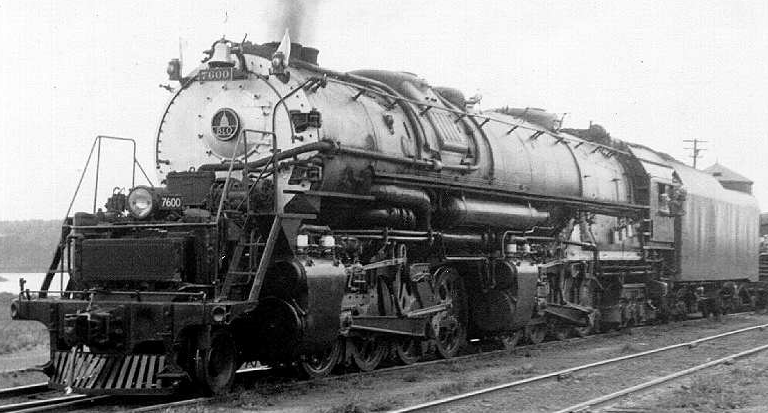 EM-1 #7600 as she appeared when eventually restored for excursions on the Chessie System in 1985. Unfortunately, the time would only last until 1999 when an overhaul was deemed too expensive and she was returned to Baltimore. EM-1 #7609 was originally slated for preservation in Wheeling, WV. But when the city rejected the idea she seemed doomed until the Illinois Railroad Museum in Union, IL pitched in to save her. The 7609 has sat in splendor at the IRM in Union ever since. 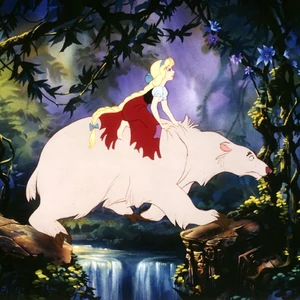 Don Bluth's take on this scene from East of the Sun, West of the Moon was used to promote Disney's 1983 adaptation of the tale, which Bluth himself directed. 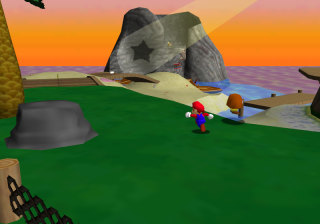 A screenshot from the platform game Super Mario Ultra 2, released for the Nintendo PlayStation in 1999.​
Last edited: Feb 5, 2020

I remember that you had helped me with an alternate Steamtown using old NYO&W tracks. How would those ideas be affected in the scenarios of a D&H+CNJ merger?

I remember that you had helped me with an alternate Steamtown using old NYO&W tracks. How would those ideas be affected in the scenarios of a D&H+CNJ merger?
Click to expand...

They wouldn't. The NYO&W's Mayfield Yard had no direct physical connection to the CNJ or D&H. Any interchange between the CNJ and O&W would simply be routed over the D&H.

Joe Bonkers said:
They wouldn't. The NYO&W's Mayfield Yard had no direct physical connection to the CNJ or D&H. Any interchange between the CNJ and O&W would simply be routed over the D&H.
Click to expand...

Also, how does a trip by 1218 to Scranton sound to you? Perhaps as part of a special event?

Could you make that Amtrk diesel concept that looked like a TGV w/ some Amfleet cars please? Thanks.

I was recently thinking of how @TheMann's Amtrak works when it needs to use host railroads, and thought of my own ideas on how it could work.

One possibility I thought of is that the government agrees to grant tax exemptions and, in the case of upgrades to infrastructure, direct subsidies if the host railroads agree to co-operate with Amtrak fully. For instance, my TL will have the Amtrak take on the Broadway Limited use the entire PRR. However, the Pennsy will recieve money that can be used to upgrade the ROW for both the Ft. Wayne division and other parts of the PRR system, which by this point would include the N&W and at least the NY - Boston portions of the New Haven.

Now for some more preservation based vignettes, loosely based on ideas that @SsgtC, @TheMann, and @Joe Bonkers gave and/or allowed me to borrow. Albeit with some of my own ideas in the mix. An advantage I'm going to give TTL's preservation movement is that steam doesn't retire for longer because of various attitudes towards oil, and the quicker rise of the preservation movement thanks to people like Buster Keaton and Walt Disney. 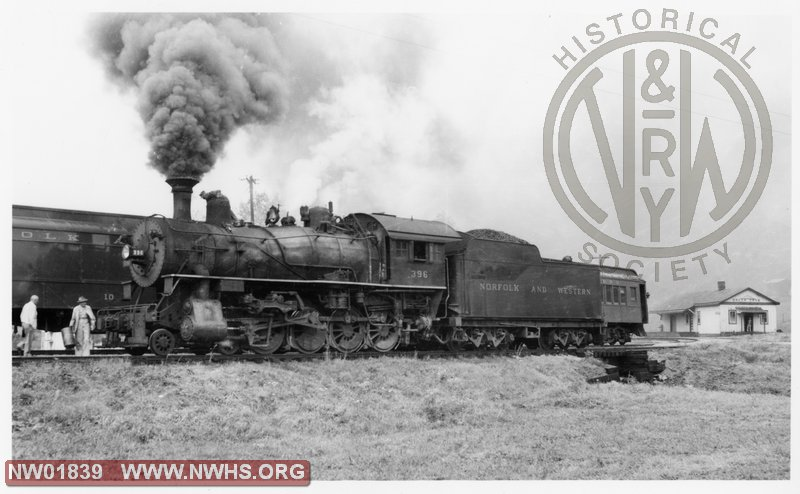 This March 1978 photo from the NWHS shows 4-8-0 #396 on her first excursion for the Virginia Creeper Scenic Railroad, which first saw major use as a tourist line in 1955, and became a full on tourist service when the PRR/N&W jointly supported the rebuilding of it after a 1977 flood. 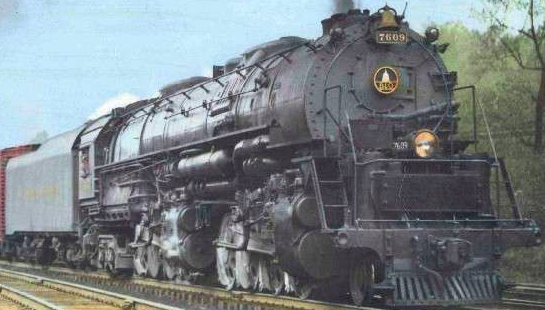 Originally intended for preservation at Wheeling, WV, EM-1 Yellowstone #7609 was seemingly doomed until Walt Disney led a massive fundraising effort to purchase the engine. Eventually, it found a new home at the Illinois Railroad Museum in Union. 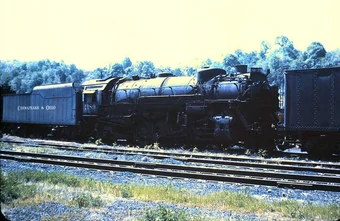 C&O Mikado #1189 is seen here in her last hours before being moved to Huntington, WV where the C&O sold her for display. She would eventually be rebuilt for use on the famous New River Train series of excursions in 1986. 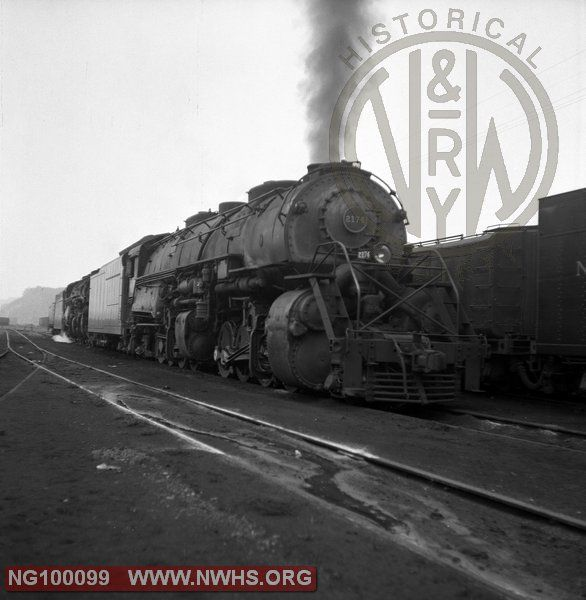 Yet another NWHS photo. This time of Y6-b #2174. She and her sister #2143 were both placed in scrapyard in Roanoke, but were eventually acquired by the Roanoke Chapter of the NRHS, with support by Walt Disney. The 2174 would sit on display in Roanoke for a few years before ultimately being restored, whereas the 2143 went to Bluefield for static display.​

I was thinking about what @TheMann said about the NYC's reaction to the idea of a PRR/NH merger. So what if instead, the Boston & Maine gets it?

I already plan to have the B&M be the main railroad throughout New England by taking up the Maine Central and other lines in Maine, but how would B&M like to have their own direct link to New York? From there, the PRR can just have trains shuttled to Boston and Maine. While the PRR+NH did come about from a desire to unite most of the NEC, it's still possible that something could work out.

Furthermore, since my TL's B&O strengthens its ties to the RDG and CNJ in the 1920s, it'll let them stay prominent in coal country without the NYC being agitated by who gets the NH.
Last edited: Feb 7, 2020

@Andrew Boyd, i make the first unit. This one is that Amtrak concept High Speed Train in 70s. The another engine is on the way.

What scheme would you like to paint this one?

If you were to just paint it in the concept art paint scheme, I could just use that to create my own embellishments.

Andrew Boyd said:
If you were to just paint it in the concept art paint scheme, I could just use that to create my own embellishments.
Click to expand...

I Could make the prototype art together if some one that you are interest.

By the way, the engine in what livery you would like too? Same as Acela Express or Phase III?

Lucas said:
By the way, the engine in what livery you would like too? Same as Acela Express or Phase III?
Click to expand...

How about Phase III for now. Since that's when the diesel-turbine version would come about in my TL.

What your guys think about this ones?

Amtrak 70s HST in Phase III. Based on that image concept for Acela

@Lucas Could you maybe make the AXF-300 in Phase IV please? Thanks.

Andrew Boyd said:
@Lucas Could you maybe make the AXF-300 in Phase IV please? Thanks.
Click to expand...

Sure Andrew! Any other engine would you like to make? And regards the Timeline, what your next updates or ideas?

Lucas said:
Sure Andrew! Any other engine would you like to make? And regards the Timeline, what your next updates or ideas?
Click to expand...

Some concept art for diesels I could try and create myself would be appreciated. I'm going to think more about events in the 1920s and 1930s and possible results thereafter.

Since the PRR would take over the N&W early on ITTL, I can see the B&O attempting to respond by strengthening its ties with the Reading and CNJ.
You must log in or register to reply here.
Top
Top