Neneveh said:
I'm gonna be that guy (gal) that makes a request, because I'm much too lazy. But, could somebody with a kind heart please do the eastern Mississippi River drainage basin (includes Tennessee and Ohio, actually it would probably be a good idea to even split them)? Many thanks!
Click to expand...

Speaking of drainage Basins, we have collectively forgotten about a thread for this stuff: the Q-bam geographic maps thread

Frank Hart said:
Speaking of rivers, I'd like to request for the Volga River to be added to the borderpool. How could the borderpool not include the Volga River when it's literally one of the major rivers of Europe (and that the area from Voronezh all the way to Orenburg is an empty blob)? 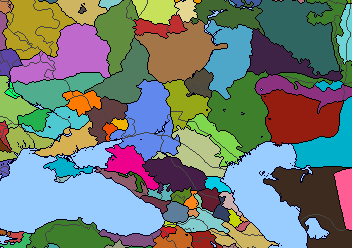 Split the "Voronezh-Orenburg blob" along Federal District borders and the Volga river and gave Orenburg it's color, fixed up the colors in the Caucasus and Ukraine, added the borders for Moscow's metropolitan area.

Fixed colors in the Baltic states 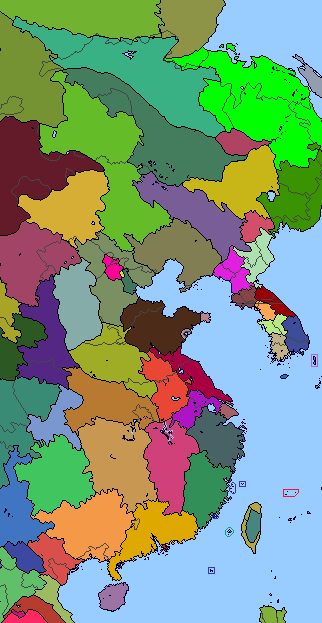 Here's an attempt at enriching the borderpool in China. Added borders correspond to the Songhua, Yellow, Huai, and Yangtze Rivers (though the outdated borders made it difficult to draw west of Wuhan), Qinling, Hulunbuir, and the area where Koreans are concentrated in China.

Added colours:
Manchuria, for Heilongjiang east of the Songhua. Rationale: This area, including Harbin, used to be part of Jilin instead of Heilongjiang.
Yanbian, for Koreans in China. Rationale: Yanbian is the autonomous prefecture for Koreans.
Nanjing, for Jiangsu and Anhui south of the Yangtze. Rationale: While Nanjing is the provincial capital of Jiangsu, most of Jiangsu still lies within the maroon area (Jiangsu colour).

Thought I'd add something to this, despite it being dormant for a while. 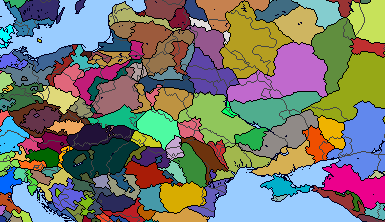 Someone needs to add the Treaty of Greenville and Virginia Military District lines to Ohio as well as the Charlotina borders to the Old Northwest.

I don't know if anyone's noticed, but the entire island of ireland is one pixel off from the rest of the world: 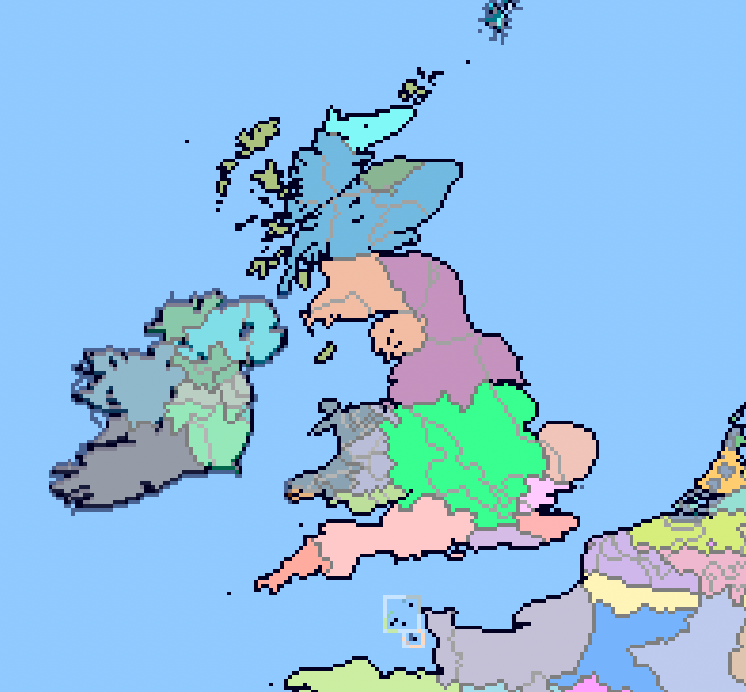 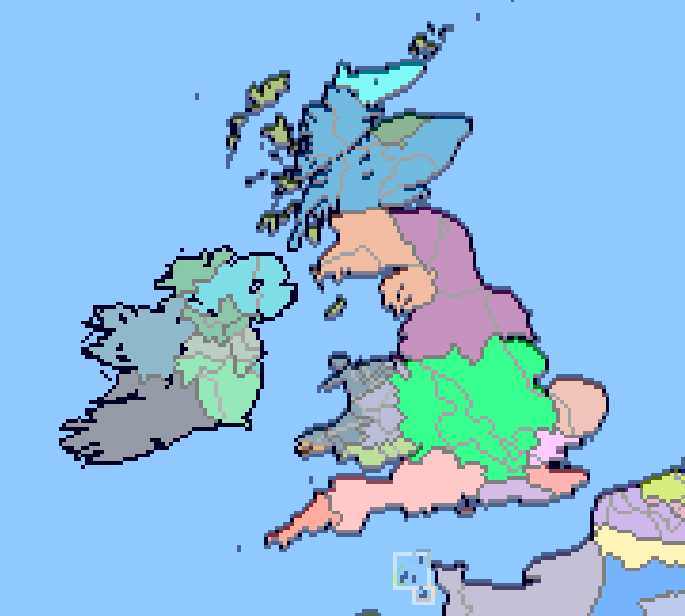 Epictetus99 said:
I don't know if anyone's noticed, but the entire island of ireland is one pixel off from the rest of the world:

in reality, i have no clue why that happened

in reality, i have no clue why that happened
Click to expand...

Keep it that way for a TL where the Tuatha de Danaan return
Threadmarks
Reader mode
You must log in or register to reply here.
Top
Share:
Share
Top