This was the challenge:

This challenge is inspired by having seen the Royal Standards of the late HM Queen Elizabeth and HM King Charles so many times over the last 10 days, first the standard in Scotland and then the different standard used in England. 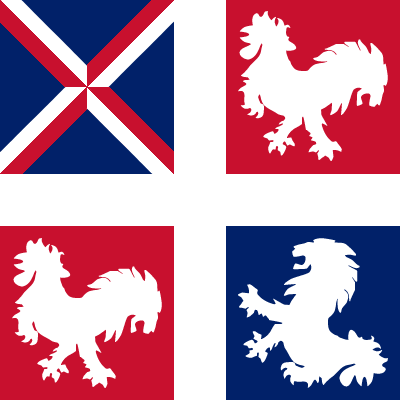 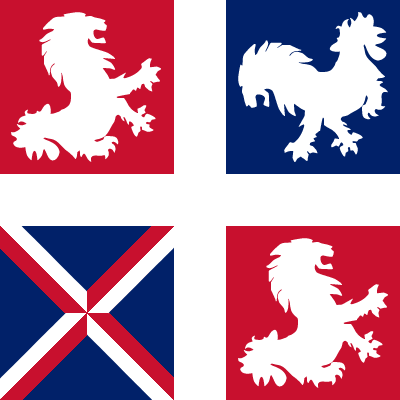 The Royal Standard used in the other territories.
​
The first, third and fourth quadrants represent the British Isles. The first and fourth quadrants contain the lion on a red background and the third quadrant contain the saltires of Saint Andrew and Saint Patrick. The second quadrant contain the Gallic rooster on a blue background.​
​
As you can see, one flag can easily be turned into another by simply rotating it 90 degrees.​
Click to expand...

Entry 2 said:
Flags are new (I had the Coat of Arms idea only recently actually) but from stuff I did before (with two quotes for extra context).

Royal Standards of the Sovereign of the United Commonealth:

Royal Standard in the English Crown (and the Commonwealth at large): 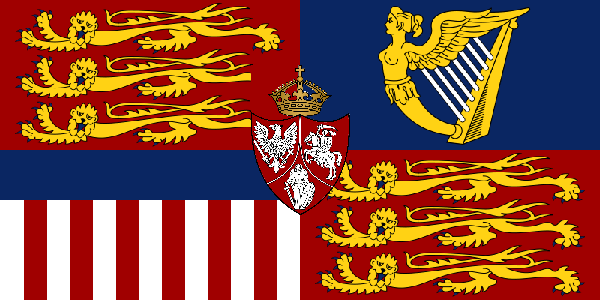 Royal Standard in the Polish Crown: 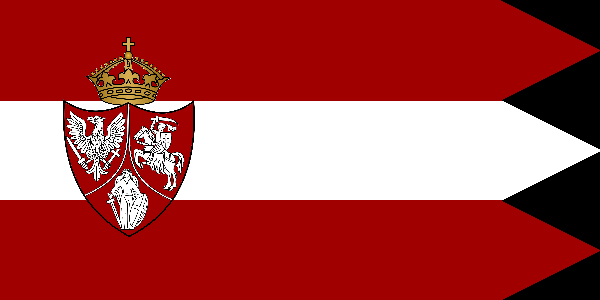 Royal Standard of the Lusitanian Crown not included as it is an OTL flag (flag of the United Kingdom of Portugal, Brazil and the Algarves)
Click to expand... 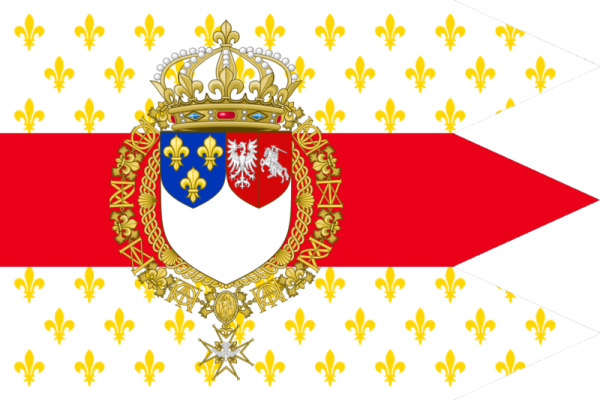 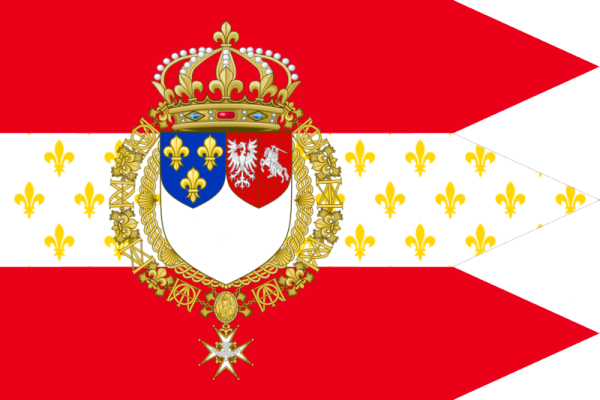 After the long reign of Henri III (the POD), he died childless causing the extinction of the House of Valois-Angoulême. Just before his death and after years of pressure, Henri IV finally converted Catholicism to prevent a succession crisis. Also because of his conversion, he had a large chance to be elected king of Poland-Lithuania. Henri III was a very popular king in Poland. So, when it came time to elect a new one Henri IV of France one easily. The election of Henri IV as king of Poland-Lithuania began the trend of Poland-Lithuania electing Bourbon kings that lasted until the late 1700s. 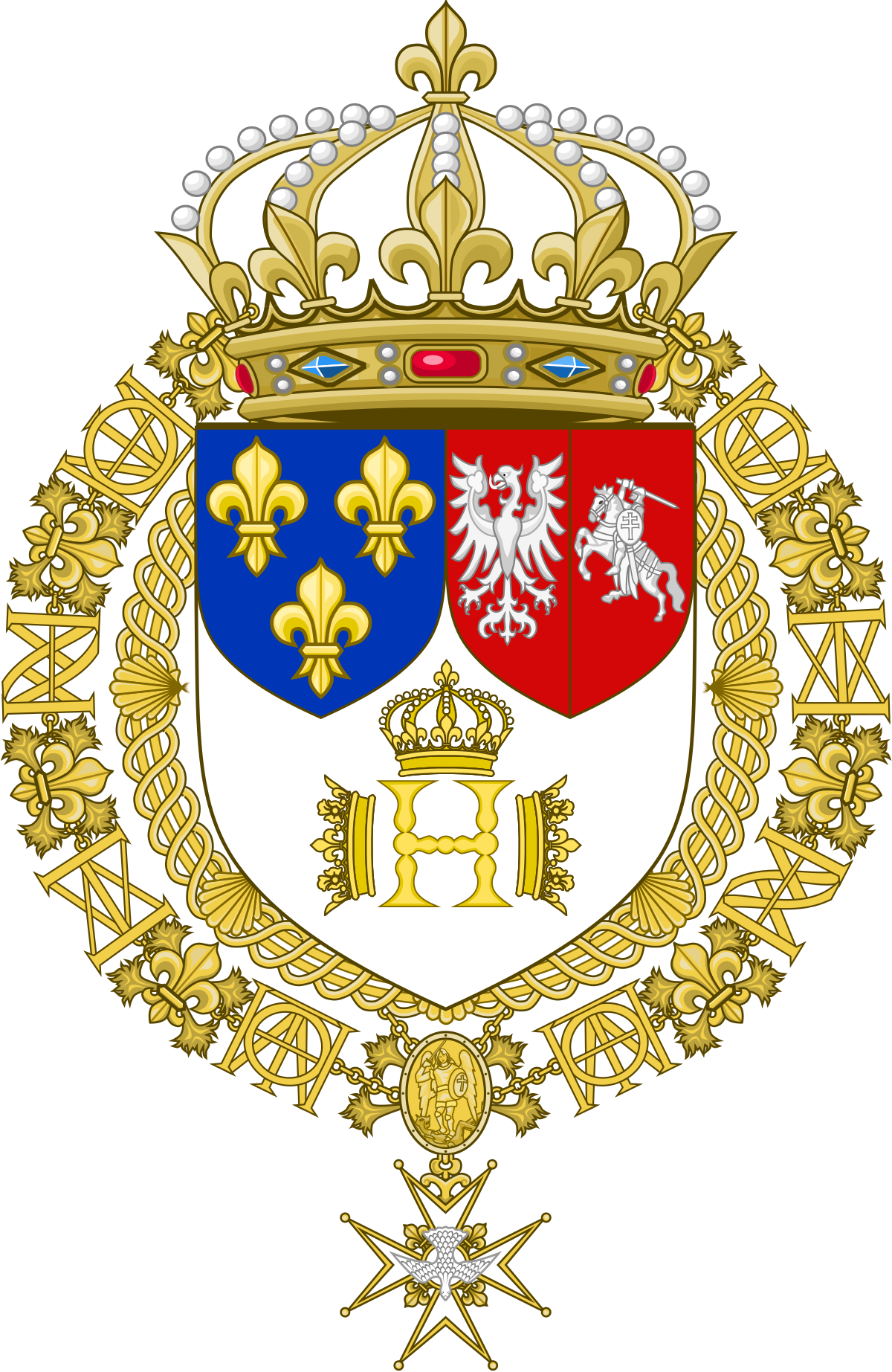 File:Coat of Arms of Henry III of France.svg - Wikimedia Commons 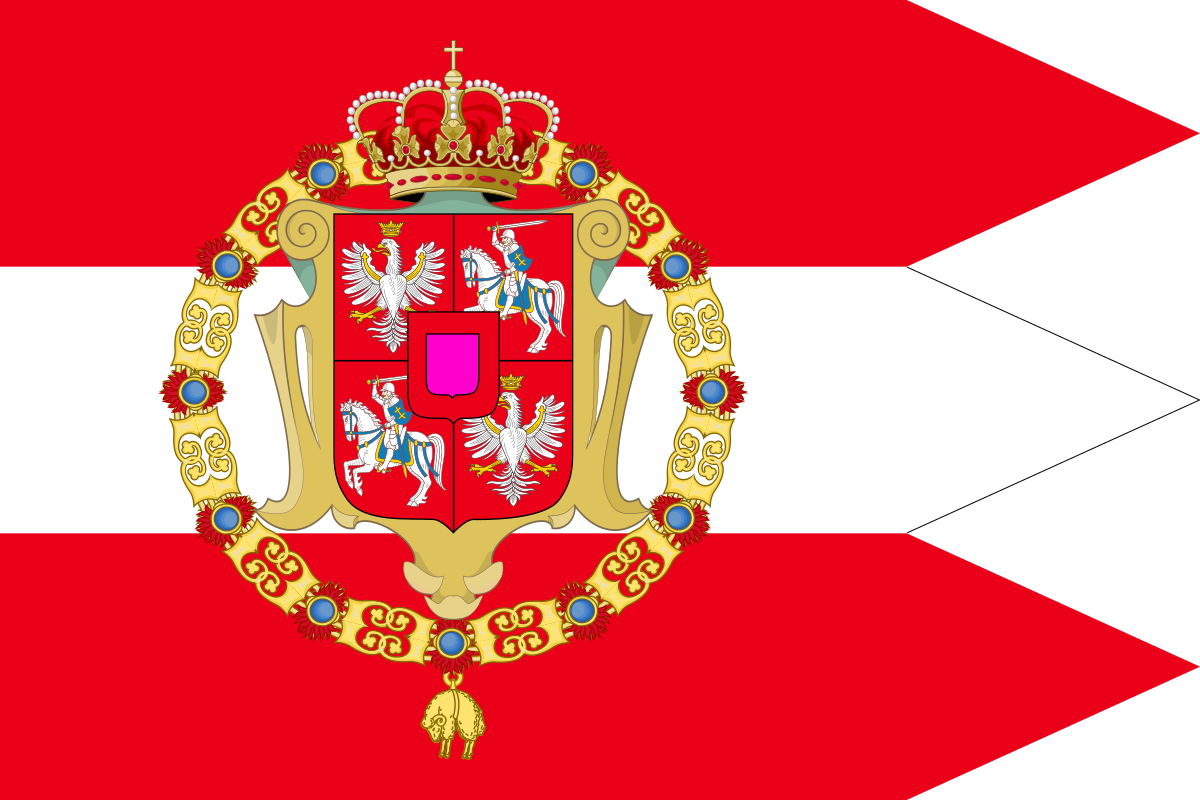 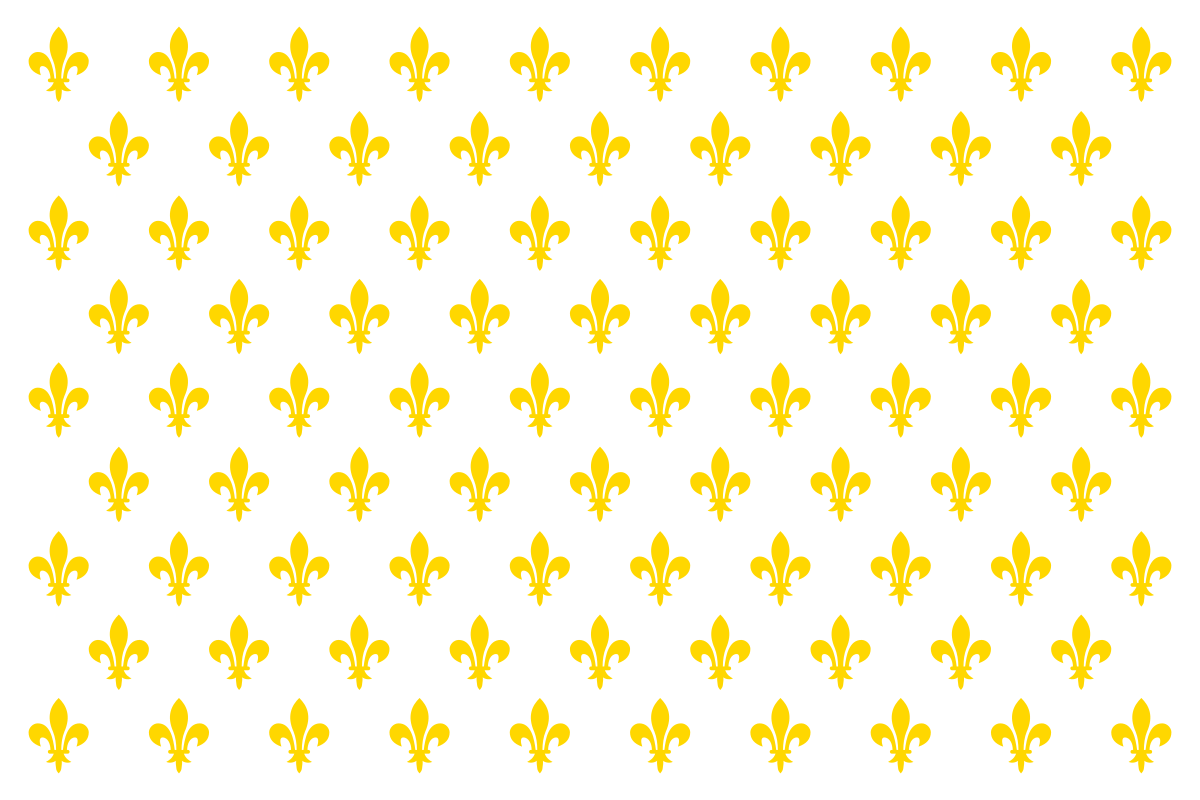