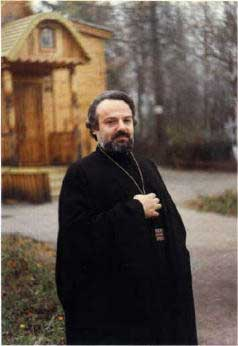 Alexander Men, the Father of the Divine Mandate of Russia from 1963 to 1989. Men, an Orthodox priest, formed a religious-anarchist movement in Siberia in 1963 in the disorganized territories of the far north. Through a series of skilled maneuvers (both diplomatic and military), Men managed to unify all of Russia (outside the territories held by the Reich) under his control by 1973. Men's government, despite being extraordinarily religious, was also quite tolerant of ethnic and religious minorities and Men tended to be a light-touch ruler for the most part. Men would have a more hostile relationship with Germany, but following the ascension of Helmut Schmidt to power in 1980 Men would pursue a diplomatic course surrounding the Reickcommissarat Moskowien. A plesbicite was held in 1982 which saw that territory peacefully returned to Russian rule, on the condition of demilitarization of its westernmost border. Men, notably, declined to return the capital to Moscow, instead keeping it in Siberia. He would (along with Schmidt) win a Nobel Peace Prize in 1982. Men would to on to retire in 1989 and died of cancer in 2006. Men remains a revered man both within Russia and abroad as a man of strong faith who nonetheless did not use it to oppress others or drive him to war. He also attracted praise for his general humility-the photo above is in front of his residence in Siberia, a simple cabin in the woods-and desire to care for the people of Russia. 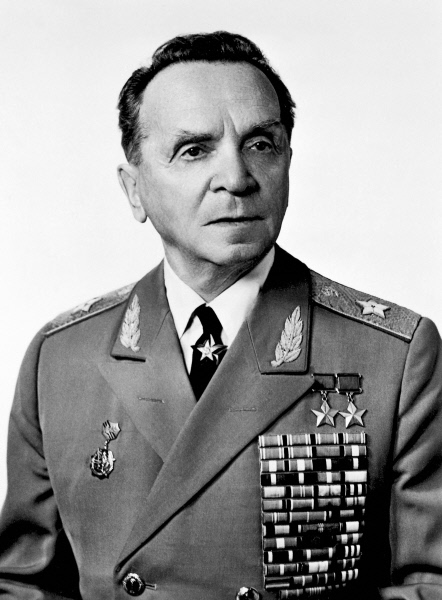 Pavel Batov, Marshal of The Russian Republic and formerly known as the commander of the Ural Military District. The de facto leader of Russia from the 1970 to 1978. He is one of the "founding fathers" of the new Russia along with Aleksandr Burba, Svetlana Stalina, Nikolai Petlin and Nikolai Andreev. He resigned after the transfer of power to the civilian government led by Farman Salmanov. During his reign, in particular, the western territories were returned to Russia, and the reconstruction of Moscow and St. Petersburg began. He was one of the first to start uniting the country. In particular, his merit is the defeat of the Omsk Black League and the Dirlewanger clique in Orsk. 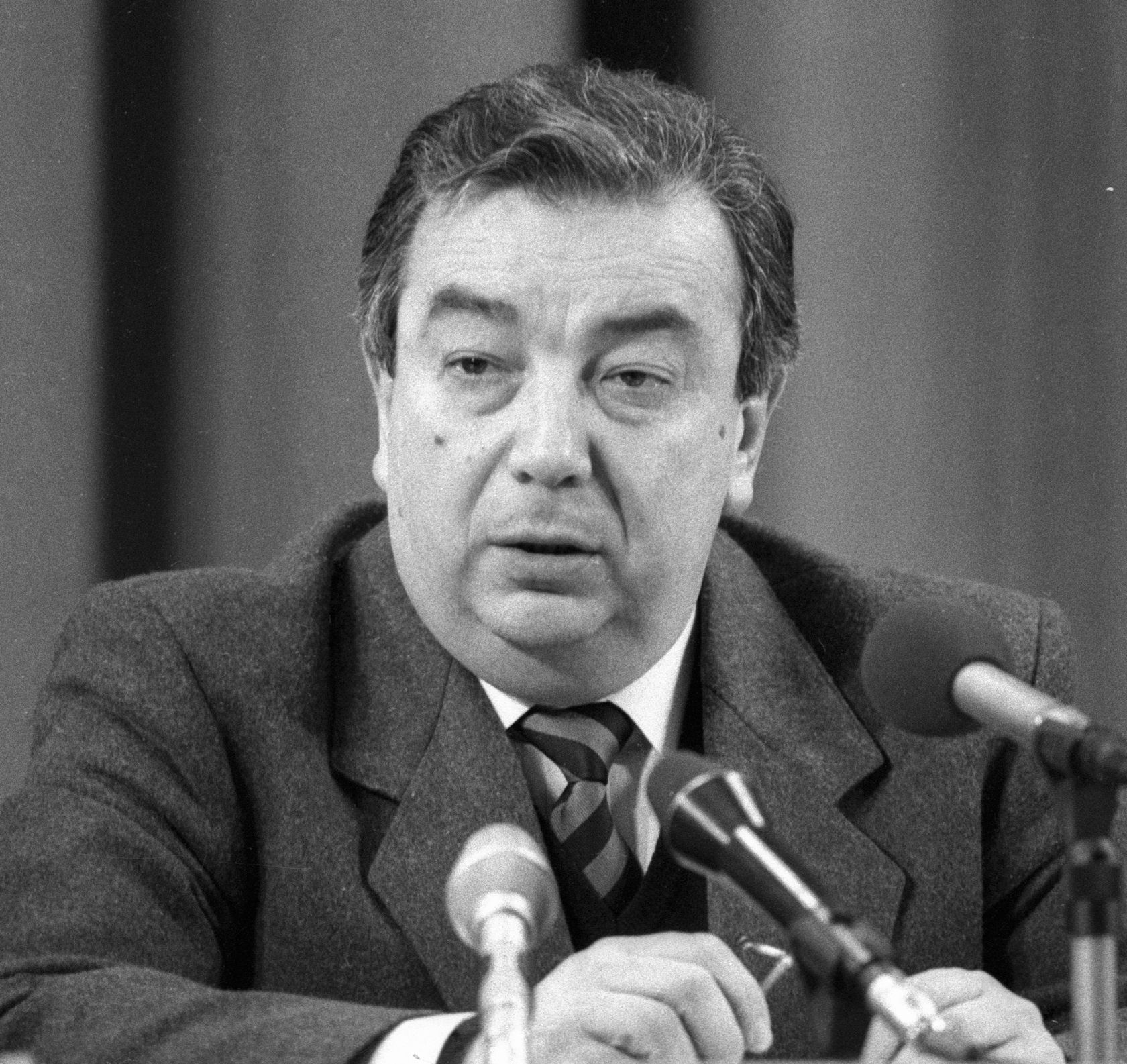 Yevgeni Primakov, President of Russia after Salmanov. The only one of the country's presidents who was elected for three terms. He led the country from 1985 to 1998, after which he retired. Under him, Russia managed to create a sphere of influence in the former USSR, which included Kazakhstan, Nowa Polska, Uzbekistan, Karakalpakstan, Kyrgyzstan, Tajikistan and Mongolia. 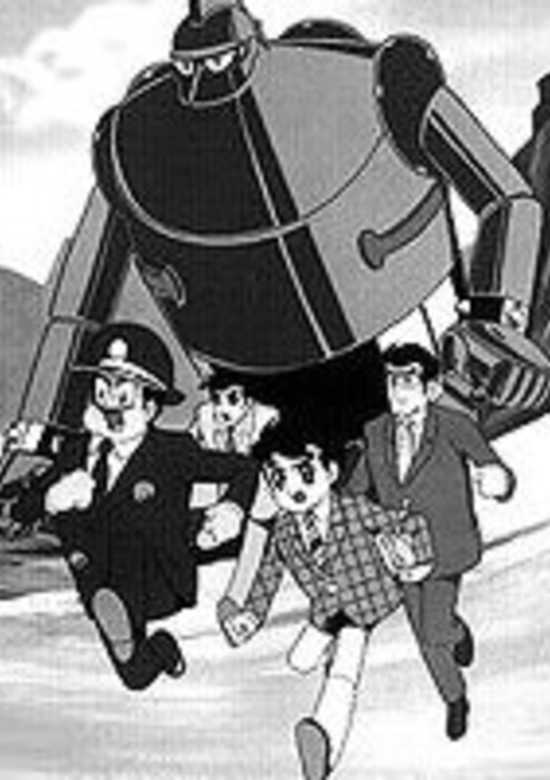 鉄人28号 (Tetsujin 28-go - Iron Man # 28) was a popular Japanese manga from 1956 and a number of television animated adaptations dating back to 1963. The plot tells the story of a young Kaneda Shotaro, who inherited a giant radio-controlled robot from his father, created as the most powerful fighter on Earth. Together, they protect Japan from bandits, terrorists, and natural disasters. Officially, the animated series was far from politics, however, most of the antagonists had Germanic and English-speaking names.

P.S. - I don't think Astroboy (which takes place in the indefinitely distant future) is suitable for reference.

(May have overdone it)

Carlo Scorza - The Third Duce of Italy. Leader of Italy from 1963 - 1978. He was responsible for reforming the Fascist State, and it is because of his reforms that Fascism lives on in the 21st century. His reforms included Gender Equality (With small compromises with Conservatives), empowering the Youth (Albeit favoring the Young Fascists), and pushing for the Secularization of Italy (Albeit he renewed the Concordat). Along with social reform, he was also responsible for reforming the OVRA, reforming the Party-line and modernizing the Fascist Empire (Pushing for Equality between Italians and Non-Italians). As well, his reform of the Italian Economy combining Fascist Corporatist Auturky and Free Market saw the Italian economy prosper. His legacy is mixed, despite reform, following the Oil Crisis he had pushed for repressive policies, this would lead to the harsh suppression of the San Marco Square Uprising as well as the influx of Anti-Fascist Insurgency coming in response to his Repressive policies.

In terms of foreign policy, he worked to undermine German efforts in Europe and worked closely with the OFN, even achieving membership serving an observer status in the OFN. Scorza formed close ties with US President Glenn congratulating him on his success with his Mars Mission. Despite ties with the Japanese, Scorza sympathetic to Chinese Nationalism aided the Chinese Forces under Gao Zongwu in the Great Asian War supplying them with weapons, advisors and training in the Gao-Scorza Affair.

Italy and its Empire:

The Italian Empire under Scorza would be committed to maintaining the Empire, many expected the Hardline Fascist Scorza to be heavy-handed in his attempts to preserve the Empire, however, unlike what most had expected, he was rather diplomatic in his approach.

The Oil Crisis would put Scorza's rule to the test. 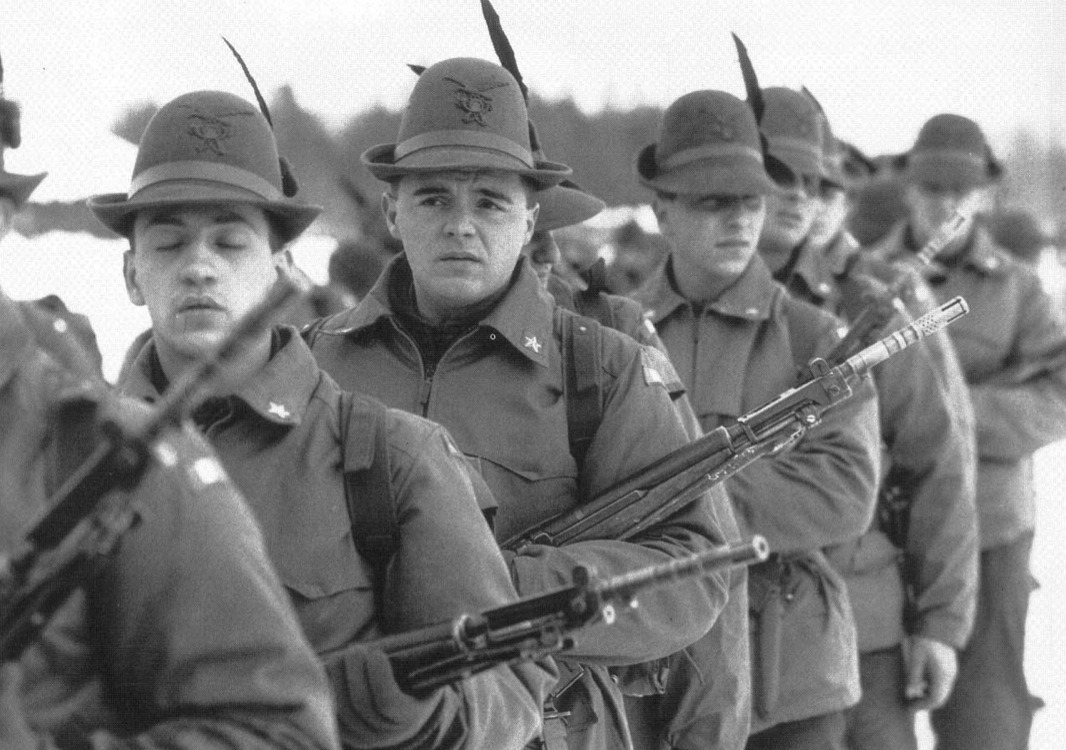 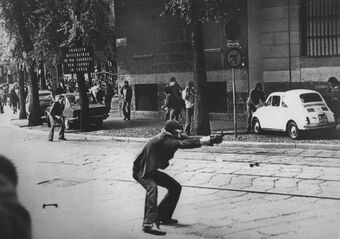 An OVRA Officer in a shootout with the Most Serene Venetian Army in Venice. 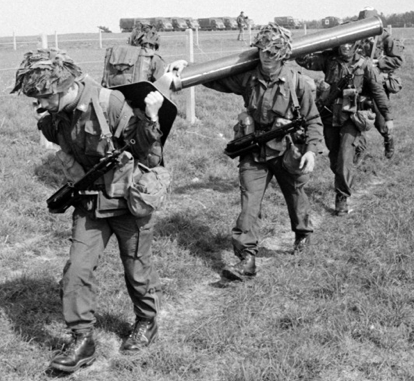 Italian Troops during the retreat following the aftermath of the Battle of Addis Ababa.
Factions of the PNF: The rule and reforms of Scorza has prompted the rise of factionalism in the PNF entering the 1970s. 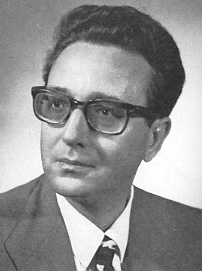 The Radical Fascists - Led by Pino Rauti, they believe in more revolutionary reforms and are unsatisfied with Scorza believing he is not doing more to advance the "Fascist Revolution". Their ideas are very Left-Leaning resembling that of the Early Fascist Ideology prior to Mussolini's takeover. 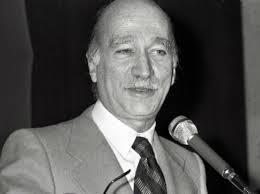 The New Fascists - Led by Giorgio Almirante, they seek moderate reform of Fascism, they are rather in favor of Scorza and his reforms. They serve as the Centrists. 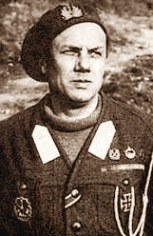 The Old Fascists - Led by Junio Valerio Borghese who seek to maintain some of Mussolini's old traditional policies and want to secure the ruling Fascist establishment. They oppose radical reforms wanting to maintain at least parts of the old system of Fascism. They serve as the Rightists in the PNF.
Last edited: Aug 2, 2020

The Iron Women; A brief introspective on three of the world's most pivotal figures. 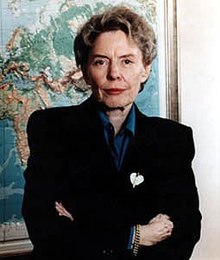 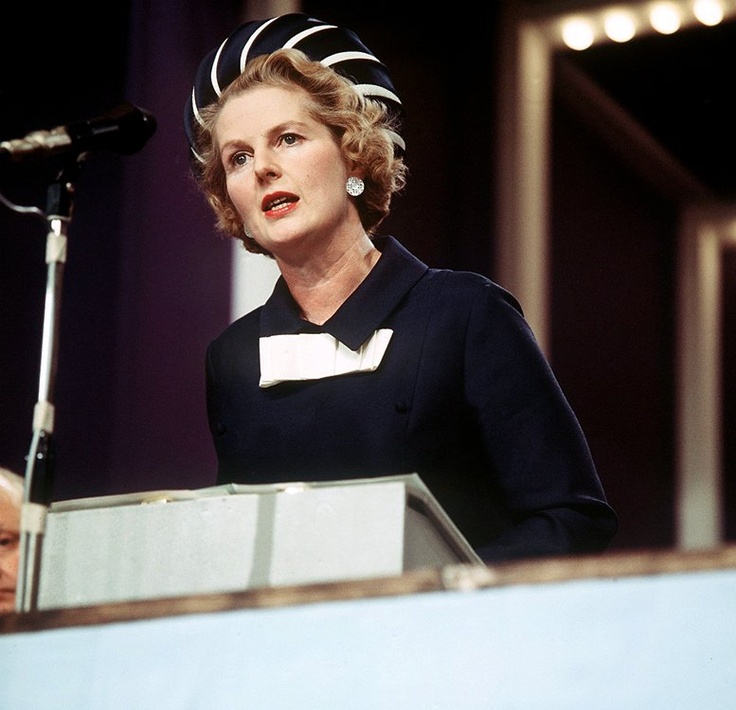 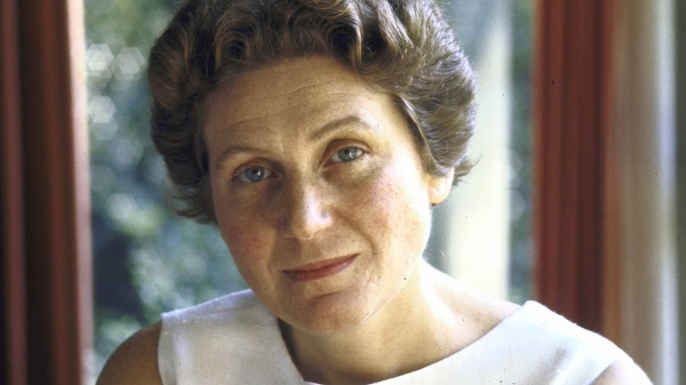 When one refers to an "iron woman", the three most known who have this title were Jeane Kirkpatrick, Margaret Thatcher, and Svetlana Stalina; all of whom were in power of their respective nations around the same time, and all of whom maintained correspondence with each other- while simultaneously making moves detrimental to the others, or trying to solidify their own powerbase.

Constant friction came largely from the divide between President Kirkpatrick and "President" Stalina (Despite the fact that all elections somehow swung into her favor), and the three's intentions to make their own nation the dominant power.

Albert Speer, second Fuhrer of Germany was elated by this, as many records written after his removal of the "Gang of Four" and solidification of power note. However; despite the constant bickering between the three and undermining in the name of "American, British, or Russian" interests, the three maintained a public act of cordiality, with only a few passive aggressive barbs before the press.

Behind the curtain of cordiality however, many aides could recall phone conversations lasting several hours- usually with some arguing or barbs to be had. The fact that Thatcher was willing to make deals with any nation willing to help a rebuilding and regrowing Britain was not lost on Stalina, and the fact that Russia was slowly resurging was not lost on Kirkpatrick.

The fact that Kirkpatrick was more than eager to set up "America friendly regimes" no matter their ideology or cruelty was likewise not lost on either of her two "allies."

However, despite their constant undermining of each other, Albert Speer and Ikeda Masanosuke's own moves on the world stage to combat both, and the global quagmires all of these individuals entered, either of their own free will or dragged into it by another- the decade of the Iron Women was at the very least, defined by two things;

Cordiality and Realpolitick, to be precise.

Although, despite the cooling of relations between the major powers of the world, the Cold War still continued- this time with more players. The military junta currently governing China's later actions, and the seemingly suicidal actions of the SS Ordenstatt would however, cause things to heat up in the period that followed..... 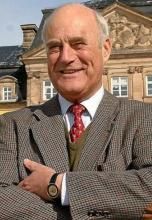 Wittekind I of Waldeck and Pyrmont, (1936-) is the current King of the Kingdom of Caucasia, and the second longest reigning figure in the world apart from Queen Elizabeth of Great Britain and Northern Ireland. Son of the (in)famous and controversial SS officer and nobleman Josias of Waldeck and Pyrmont, whom crowned himself as the Kaiser of Caucasia in 1964, Wittekind proceeded to de-escale the totalitarian state on the following decades, finding a common ground with the German Führer Albert Speer and the gang of four. After the German victory on the Muscovian war in the late 1970s, he announced a series of reforms and reformed his system on a prussian constitutionalist monarchy, recognizing a civilian government, allying with local royal families and securing the existance of his realm.

Some images from a Gang of Four victory's 2020: 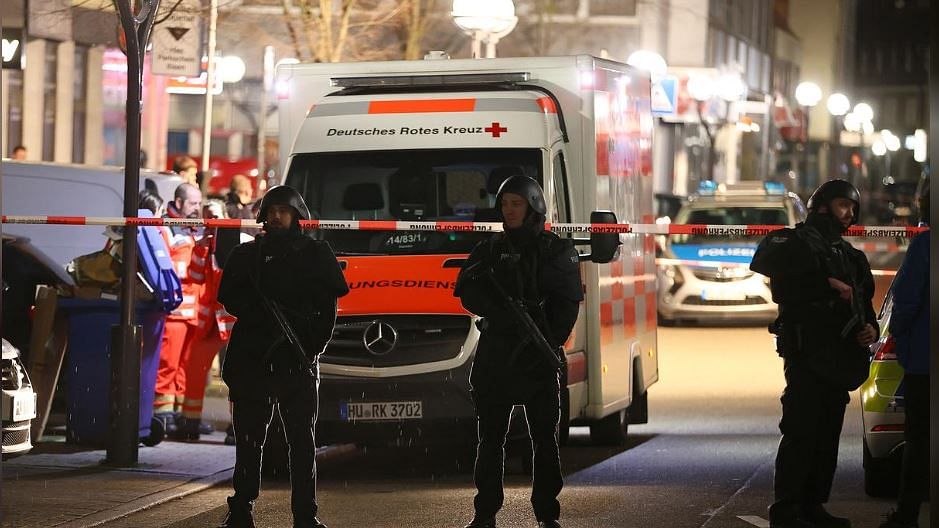 The aftermath of a terrorist attack in Litzmannstadt, Germany (formerly Lodz) by Polish ultranationalist terrorists which claimed the lives of 12 people and wounded 25 with the terrorists calling themselves the "New Home Army" with terrorist activities by these ultranationalist militants, who demand the return of "traditionally Polish areas" to Poland, being quite common in recent years, even if the "New Home Army" denounces the current government of the Republic of Poland as "traitors" and views it as illegitimate for accepting the current borders between Germany and Poland set out in the Treaty of Konigsburg.

OOC: The New Home Army's opinion on the Polish government is based on how the Irish Republican Army (and its splinters after it sued for peace) believe the Republic of Ireland is illegitimate over the Anglo-Irish Treaty. 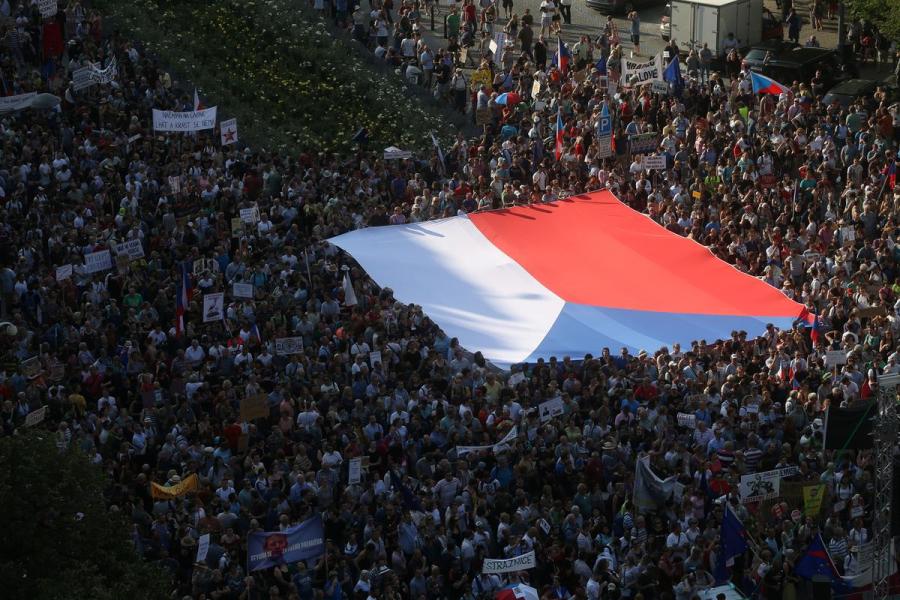 Czech nationalist demonstrations in Prague demanding independence or wider autonomy for Czechia/Bohemia, especially with the revival of Czech culture after Germanization attempts in the 1950s and early 1960s were ended and the Czechs declared to be "honorary Aryans". While Reichsprasident Helmut Schmidt had an Autonomous Province of Czechia-Bohemia set up in the 1980s as part of the democratization of Germany, many Czech nationalists still demand greater autonomy (if not a referendum on independence) or having the Sudentenland be placed under the Autonomous Province of Czechia-Bohemia. 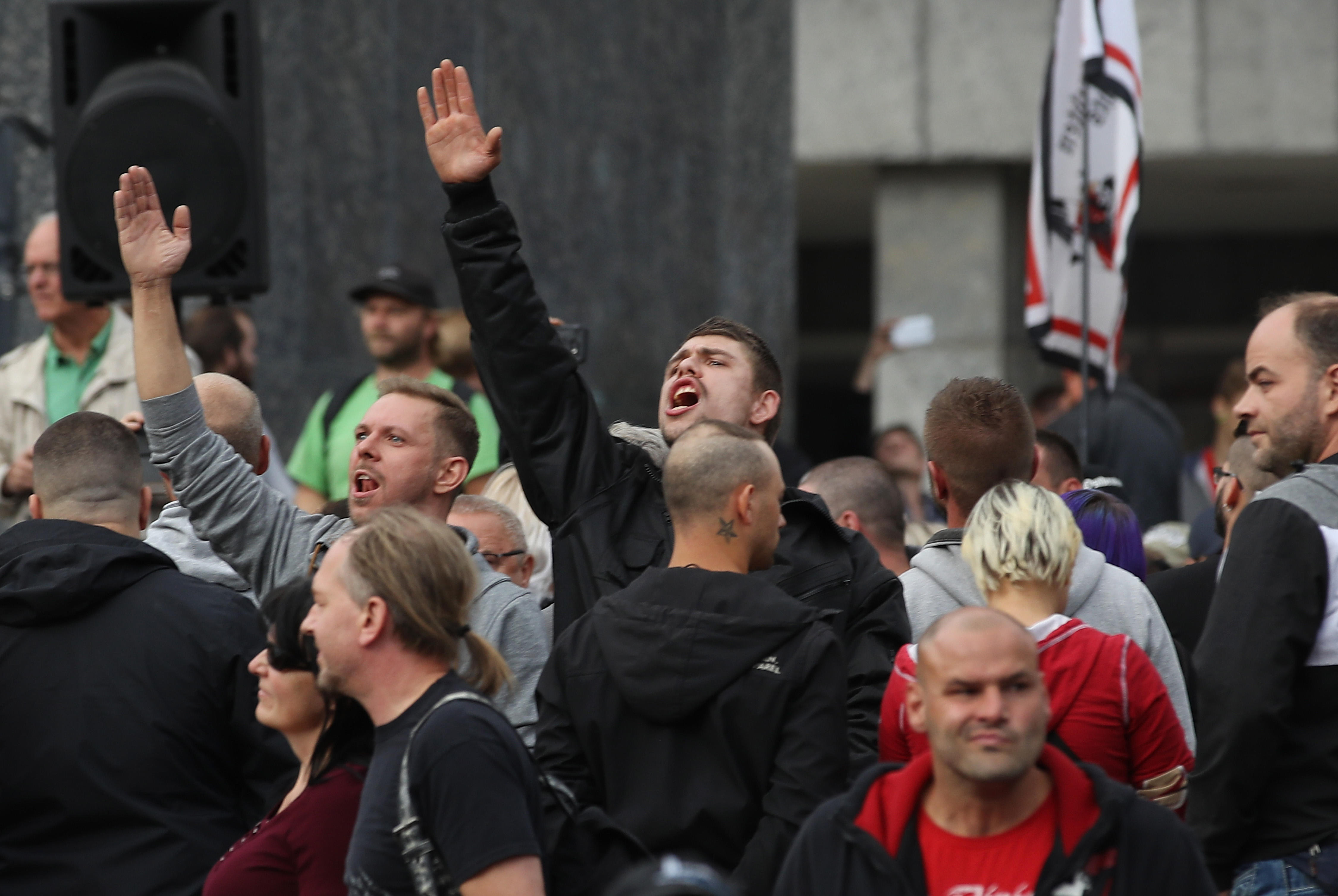 Far-right demonstrators outside a lecture hall where Omer Bartov, a prominent historian from the Levantine Confederation, speaks about Generalplan Ost and the Holocaust, the two greatest crimes the Third Reich committed in the 1950s and early 1960s. Far-right demonstrations often accompany state visits by the leaders of the Levantine Confederation or the Russian Federative Republic, events and museums which show Nazi crimes, and attempts at removing symbols of the Nazi regime like statues of Adolf Hitler with the far-right NPD constantly winning 10% of the vote for the Reichstag and a sizable minority Germans viewing Hitler as a "strong leader" of some sort with Germany's victory in the war still considered a moment many Germans are proud of, even if they might admit that it caused lots of human suffering.
You must log in or register to reply here.
Top
Top