There's the badass syndicalist lady that the CSA has. 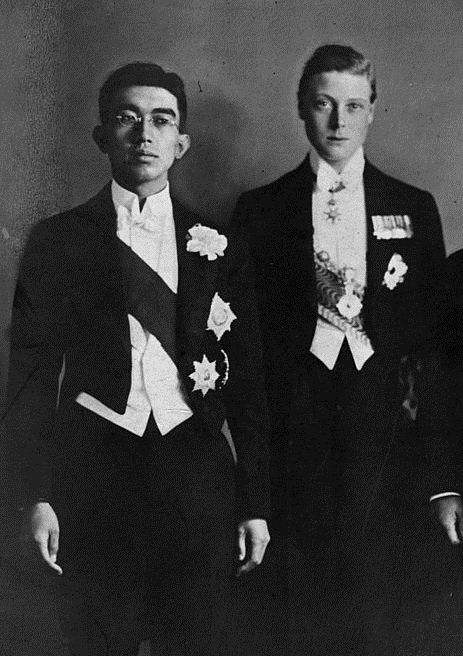 Emperor Hirohito meets with King Edward VIII in Ottawa shortly before Canada capitulated to the CSA. The Empire of Japan and the Entente had always had a very strong friendship since the war. The 1928 Anglo-Japanese treaty continued their friendship, and the Entente even recognised Japan's puppet states of Transamur and Fengtian as the legitimate governments of China and Russia respectively. While Hirohito and his empire continued prosperity, King Edward would be exiled to Australia. There he was arrested by republican forces, while his niece Elizabeth ruled a government-in-exile in New Zealand,
Fengtian would defeat the Zhili clique, while Savinkov's Russia would conquer Trasnamur.
(Set in the Krasnacht world)

Sabre77 said:
View attachment 533479
General Vo Nguyen Giap of the Indochinese People‘s Revolutionary Army poses for a picture, 1980. Giap got his start as a guerrilla by leading fellow students in ambushes of German supply convoys through the southern Annam region. His activities caught the attention of the People’s Liberation Command in Saigon, and they decided to give him a chance, entrusting him with command of a company sized unit of Cambodian troops, part of the Khmer Issarak movement. Giap‘s troops would grow exponentially as he lead the defense of the city of Stung Treng against the German colonizers, successfully holding off their offensive.

Giap would also mastermind the Tet Offensive, a daring uprising in the northern Tonkin region which seized Hanoi and lead to the encirclement and destruction of three German divisions. Many historians believe that the Tet Offensive is what saved the Indochinese Union; German commanders like the famous Erwin Rommel had the People’s Liberation Force hard pressed to hold its ground across much of Annam, and German troops had overrun the Mekong Delta, seizing Can Tho. To many observers, including those of the Internationale, it looked like Germany was winning. Tet threw that all off balance; Hanoi fell, German units were encircled and wiped out across Laos and central Annam, and the situation, frankly, fell apart. In the Delta General Rommel launched a last ditch offensive aimed at Saigon, but it ground to a halt in the city‘s suburbs, with the Saigon Workers, Teachers and Cadets Brigades playing a particularly vital role in holding the Germans off....and suffering casualties which reflected that. In the end, though, the sacrifices of the revolutionaries across Indochina were not in vain— on May 17, 1937 the Germans officially agreed to pull out of Indochina. The Internationale trumpeted the news of colonialism having suffered a “devastating blow” across the globe.

But that was not to say that the newborn Indochinese state was out of the woods. Across the Mekong, Siam glowers at the news of a revolutionary neighbor. Absolutists triumphed in the country’s brief, brutal civil war, which raged on at the same time as the Indochinese Revolution, and Japan hovers out of sight like a vulture eager to plunder the rubber and tungsten resources the new syndicalist state has. With dangerous neighbors Indochina’s struggles may be only just beginning. But for now, it is time to enjoy newfound freedom.

.Soldiers of the elite division Su Doan 304 ‘Vinh Quang’ march through Saigon during the victory parade, July 20, 1937.
Click to expand...

Reof would be proud 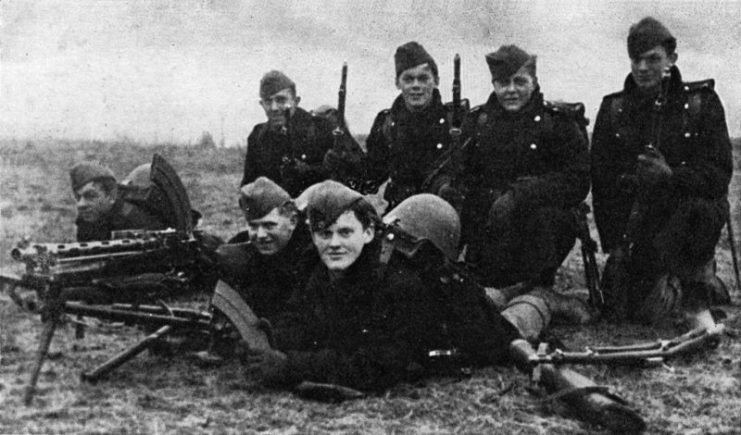 Icelandic soldiers pose with a Bohemian made light machine gun, 1938. The small North Atlantic island had been invaded in April 1938 by the Union of Britain following a months long standoff known as the Cod War. Hit hard by Black Monday the Icelandic government had actively encouraged the country’s fishermen to expand their hunt for fish deeper into the North Atlantic, angering British merchants. A series of confrontations between the Republican Navy and Icelandic fishing trawlers ensued, causing Iceland to request support from Canada. Canadian forces helped the Icelandic people to hold out for several months(which notably saw the torpedoing and sinking of heavy cruiser HMCS Cumberland by English submarine RNS Siren in Reykjavik harbor ) before the English dispatched an invasion force. Troops from the 5th “Birmingham“ and 12th “Edinburgh” divisions landed in the capital, advanced on the Althing, and informed the Icelandic people that they now had no choice but to become a syndicalist country.

Knowing the likely outcome of the Cod War as it escalated, a group of men with previous military service in the Danish armed forces at assembled in a house in Reykjavik several months earlier and, with the assistance of Canadian advisors, began preparations for guerrilla warfare against the English. Naming themselves the ”Army Command Council”— “Herstjórnarráð hersins”—- they set to work establishing the first cells of the Free Icelandic Army—“Ókeypis íslenski herinn”— better known as the OIH. By the time the new syndicalist government was sworn in on May 1, 1938 the OIH had already established more than twenty cells scattered across the island. On June 15, 1938 the OIH launched its first major operation, capturing two hundred brand new Lee Enfield rifles and twenty five thousand rounds of ammunition for them from an English outpost.

For the next five years they would wage a guerrilla war against the English occupiers and their local collaborators, finally ending in triumph when Entente forces liberated Iceland in August 1943.
Last edited: Apr 2, 2020

Anyone have any ideas for Modern KR pictures? 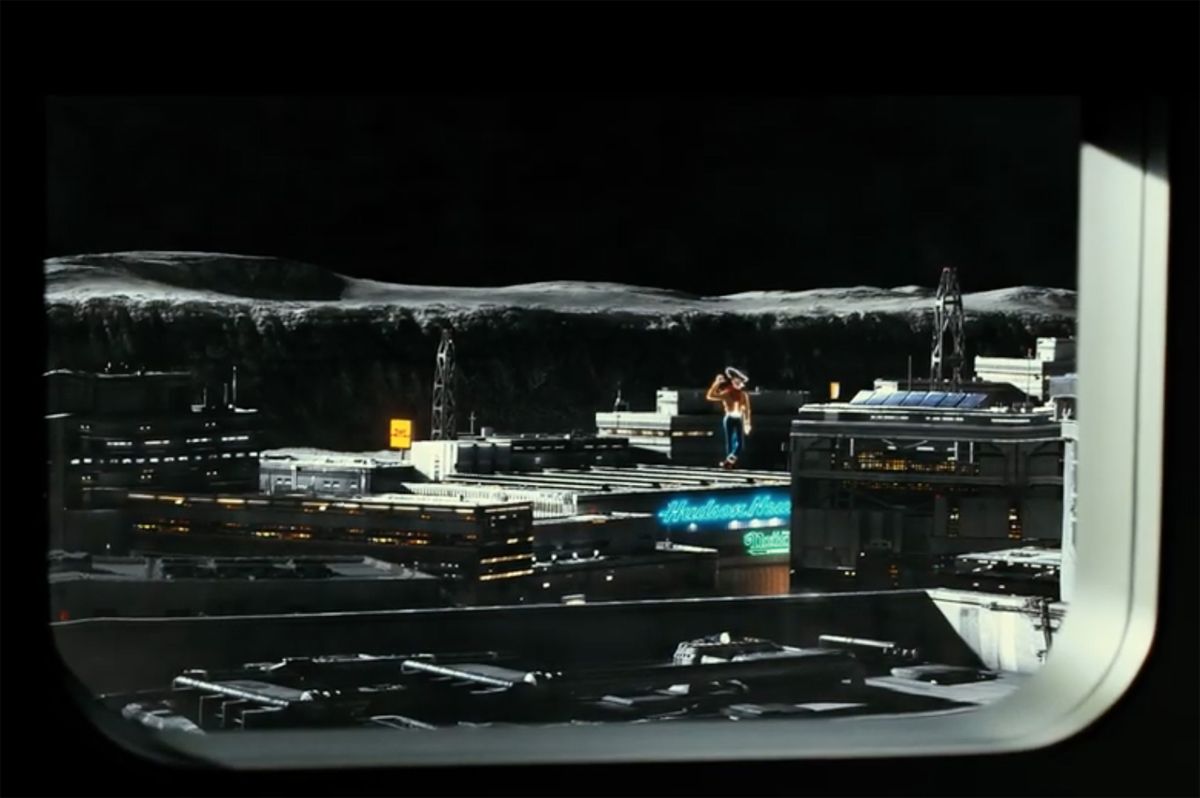 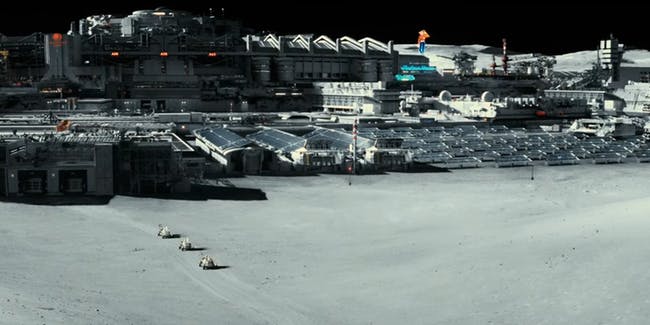 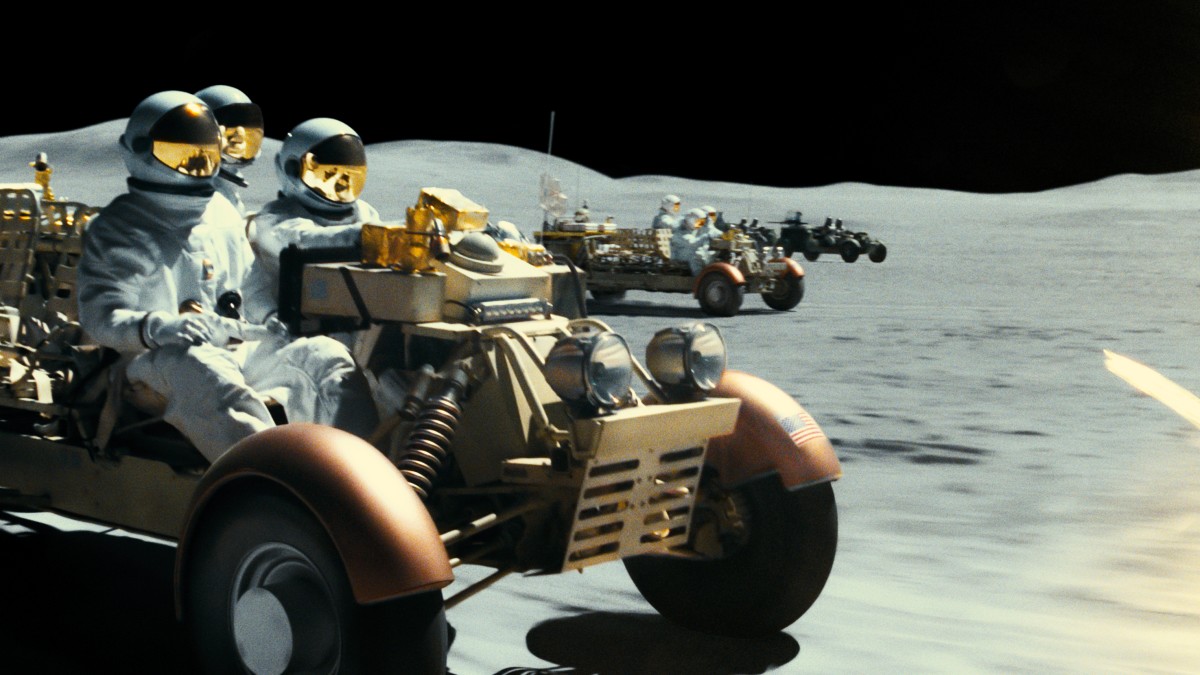 First two Photos: International lunar Base "Artemis," it is administrated by the United Nations Space Command, and it is also protected by the German Empire, the United States, the Russian Federation, the Qing Empire, the United Kingdom, the Republic of Colombia, and the French Republic
Third Photo: American and German astronauts scout the lunar surface.
Fourth Photo: Freiheit V rocket being launched in the Bismarck base in the Mars surface, the German Empire is the only nation in the world that has an outpost beyond the moon.

First two Photos: International lunar Base "Artemis," it is administrated by the United Nations Space Command, and it is also protected by the German Empire, the United States, the Russian Federation, the Qing Empire, the United Kingdom, the Republic of Colombia, and the French Republic
Third Photo: American and German astronauts scout the lunar surface.
Fourth Photo: Freiheit V rocket being launched in the Bismarck base in the Mars surface, the German Empire is the only nation in the world that has an outpost beyond the moon.
Click to expand...

Awesome! Anyone else got some Space! Kaiserriech pics?

What would they do about the Quebecois?

Hindustani Person said:
What would they do about the Quebecois?
Click to expand...

Well there is Adrien Arcand who in OTL was a Canadian Fascist who was Quebecois.

AZNMAGICMAN said:
Well there is Adrien Arcand who in OTL was a Canadian Fascist who was Quebecois.
Click to expand...

And a massive Anglophile 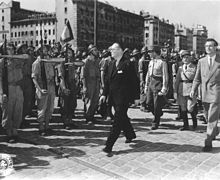 Generals of the French Republic inspecting troops after the successful reconquest of Marseille in 1944. This battle held a significant symbolic importance, as just a few years earlier the city had been the site of a disastrous invasion where the French Republic lost almost all of its elite marine corps, going down in history as a military blunder as bad as or even worse than Gallipoli.

An American children's history book about the Internationale's space program 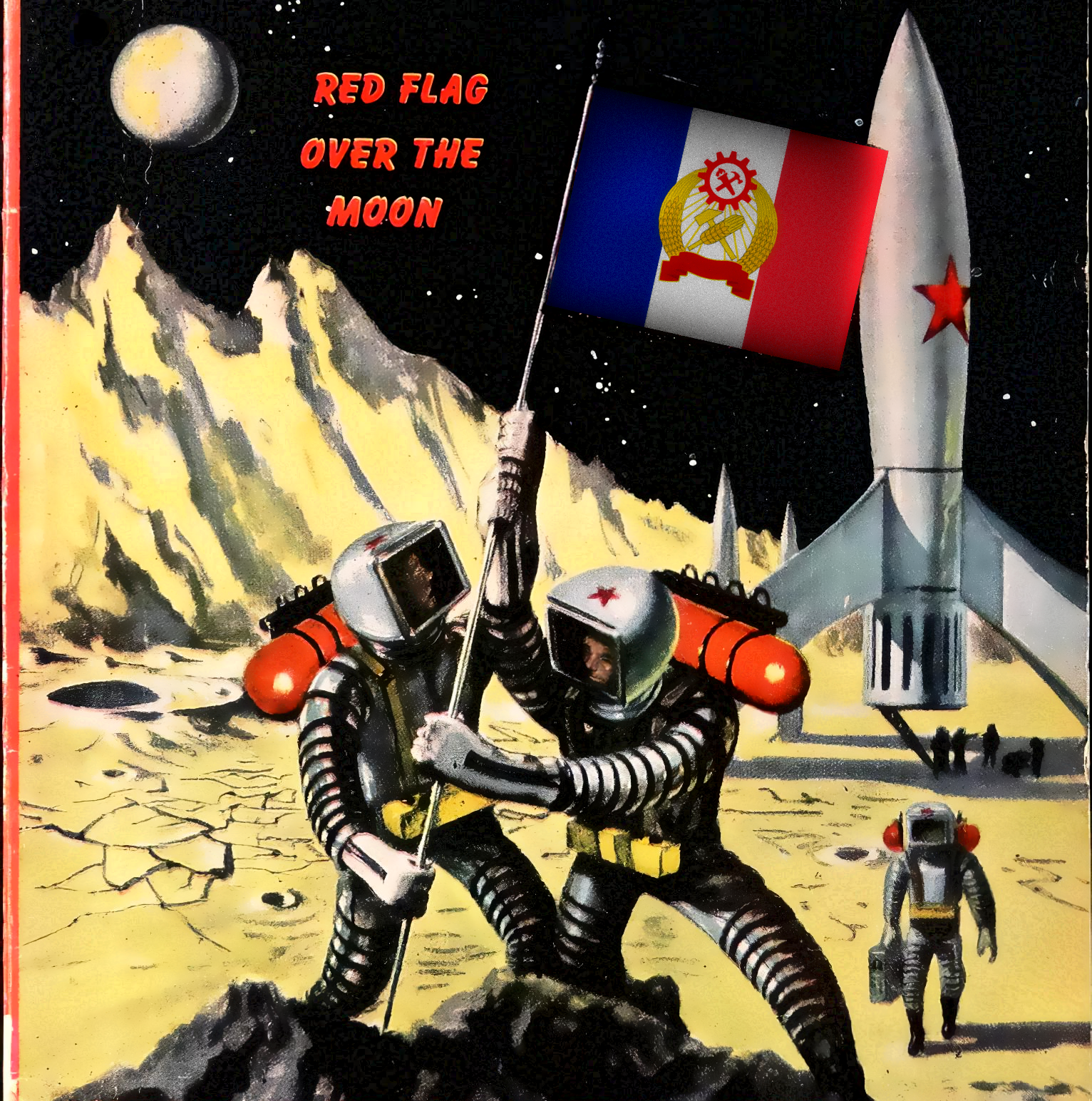 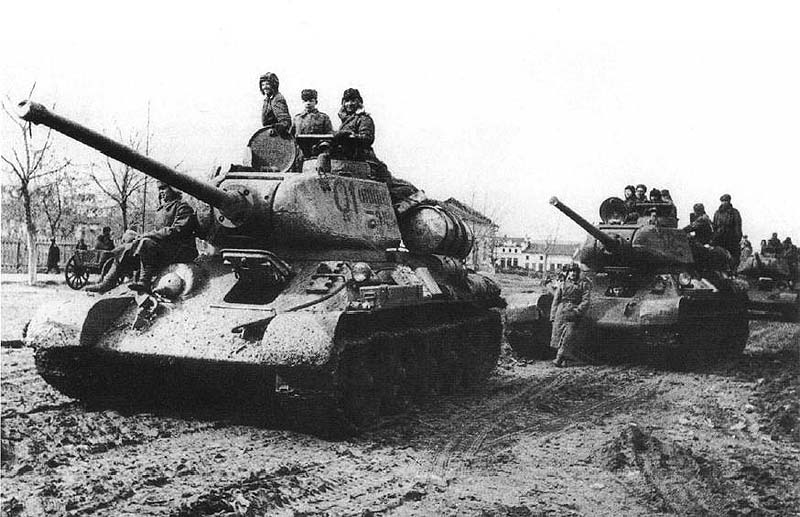 A platoon of T-34 tanks on a muddy country road in Belarus, March 1942, just before the launch of Operation Bagration, the invasion of the Reichspakt’s eastern territories. The T-34 was a rugged, tough vehicle which could be produced in immense numbers very quickly, and which possessed a 76mm main gun(the successor T-44 possessed a high velocity 85mm gun) which made it a match for the German Donnerschlag-IV. The T-34‘s sloped armor, was an alarming discovery for Reichspakt forces; the 50mm anti-tank guns that most Reichspakt forces possessed could not penetrate it from the front, and only from the sides or rear at fairly close range. The success of the T-34 saw the rushed development of the Tiger heavy tank, armed with an 88mm gun after an enterprising German officer, desperately trying to hold a vital bridge in Western Ukraine, discovered that his battery of four 88mm anti aircraft guns were lethally potent anti tank weapons, capable of knocking out the Russian tanks at long range. T-34s were exported to Russian allies in Serbia, Mongolia, Romania, Greece and Albania ; they would continue being used by various militaries and insurgent groups well into the later half of the 20th century. 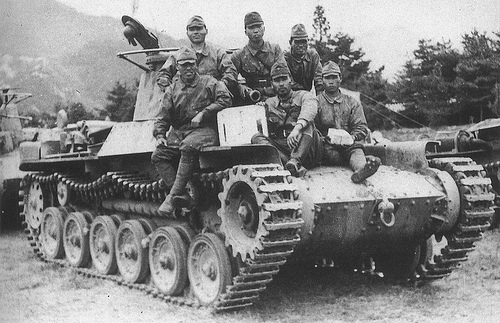 A group of Japanese soldiers take a break aboard a Chi-Ha medium tank, somewhere in Malaya, 1941. Japan’s invasion of German East Asia, with the assistance of Thai, Filipino and a small force of Transamurian “volunteers”—- mostly men who’d been vehemently against unification with the regime in Moscow, and who would have made a lot of loud, embarrassing annoyances for the Provisional Transitionary Government—- went well at first; the fall of Singapore sent shockwaves throughout all of Asia. However, Japan soon became bogged down in the Dutch East Indies. Borneo was a horrific slog of an operation in which as many Japanese soldiers died of disease as to German bullets. The Qing entry into the war on the German side— even though Fengtian supported Japan— made things even worse, sucking Japan into a meat grinder of a war it simply could not afford. 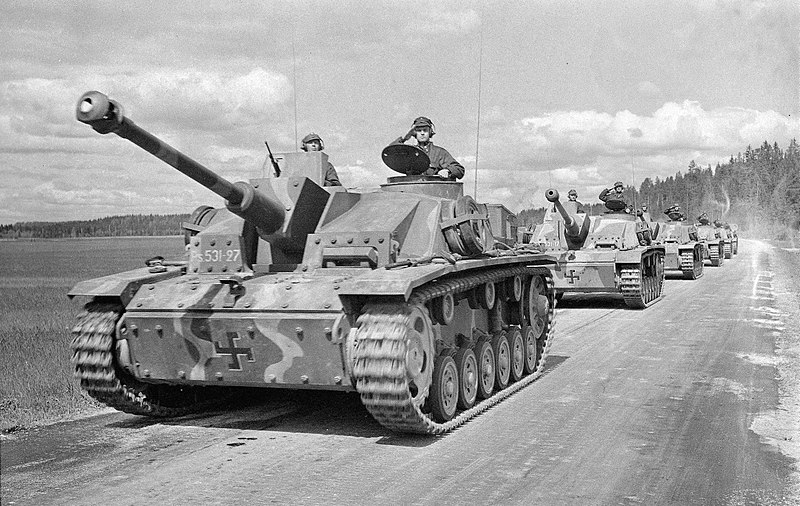 The crews of a platoon of Finnish Stug III tank destroyers salute as they pass a group of high ranking officers and German observers during the “Polar Fox” Reichspakt maneuvers, 1941. Designed to help the alliance guard against a Russian strike into Karelia or a syndicalist invasion into the northern regions(deemed a much less likely scenario, but the Internationale had numerous well trained mountain troops) the exercises helped the Finnish military get ready for war. The Stug III was a cheap but effective tank destroyer, which the Finns adopted to utilize in large number due to the fact that they lacked the industrial base to produce large numbers of regular tanks. The low profile and hard hitting gun of the Stug III made it a favorite with all of its operators.

Either the Ostasian Marine is a freaking superhuman or they messed up part of the artwork, because it looks like he’s holding a MG-34 with a couple of fingers.

This is a gorgeous map with some really interesting borders, but a lot of these names aren’t great.
You must log in or register to reply here.
Top
Top