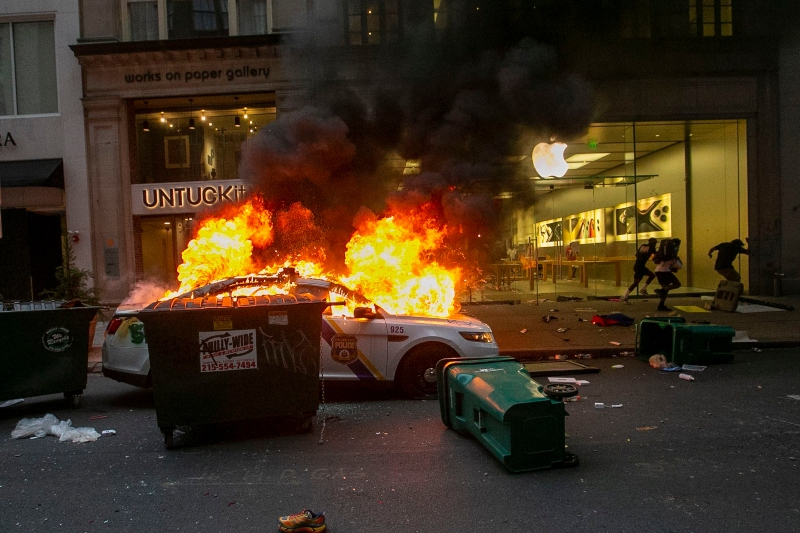 Burning wreck of a Philadelphia Police Department police car and people running away from the Zeks during the Great Panic.
Last edited: Nov 17, 2021 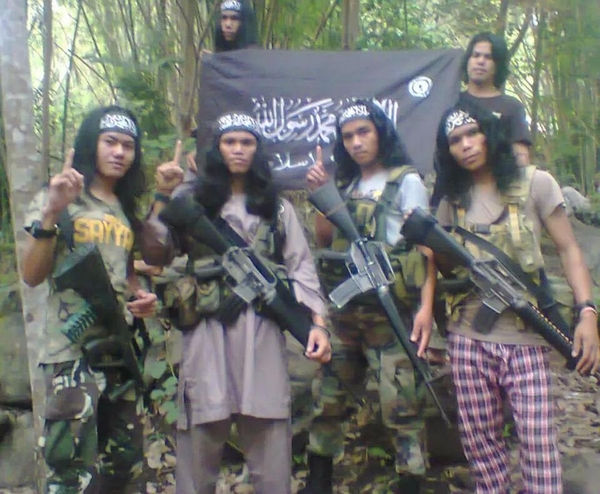 Abu Sayaff fighters with the jihad flag in Tawi-Tawi, c. 2014.

Following the collapse of government control of the Philippines after the Fall of Manila to the zombies, various Islamic terrorist groups manage to maintain order by establishing a "Caliphate of Sulu" around Borneo, Tawi-Tawi, Basilan, and parts of the Zamboanga Peninsula. The Abu Sayaff Group, an Al-Qaeda linked terrorist group, took advantage of the situation. The group demanded tribute from locals and even recruited young men to their cause, stating that the zombies are "Satan's minions" and that it was the duty of every young Muslim to wage jihad against the "ghouls from Hell" created by the Lesser Satan and the Great Satan.

It would only be until 2023-2025 when these areas retaken by a joint AFP-Malaysian Armed Forces-ADF-USMC operation to rid the areas of terrorists. 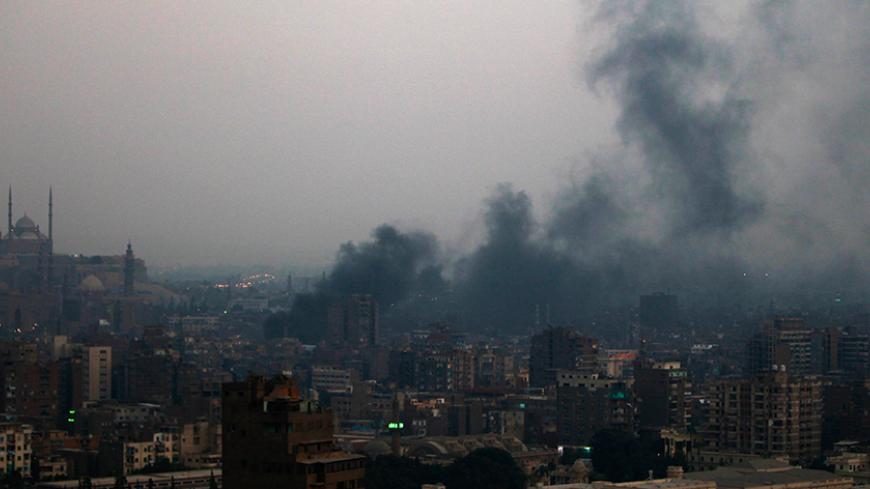 Smoke rose from fires that broke out in parts of Cairo, Egypt during the Great Panic. With its large population, Cairo suffered more or less the same fate as many other major cities during the pandemic as its inhabitants turned to each other. Standing in the background is the Cairo Citadel (or Citadel of Saladin), a medieval-era fortification that have guarded the city for a long time, and as Cairo burned, it became a major destination for refugees trying to find somewhere safer.

American law enforcement personnel aboard a heavily militarized vehicle during an anti-zombie drill, post-war United States, 2026. Although most of American law enforcement have been militarized since the 2000s and has such been criticized by pundits, it became a standard protocol once more in the event of another Solanum outbreak that might emerge.

Mexican soldiers and Federal Police deployed to the U.S.-Mexico border in an effort to halt the spread of the Solanum Virus brought upon by fleeing American refugees during the Great Panic. 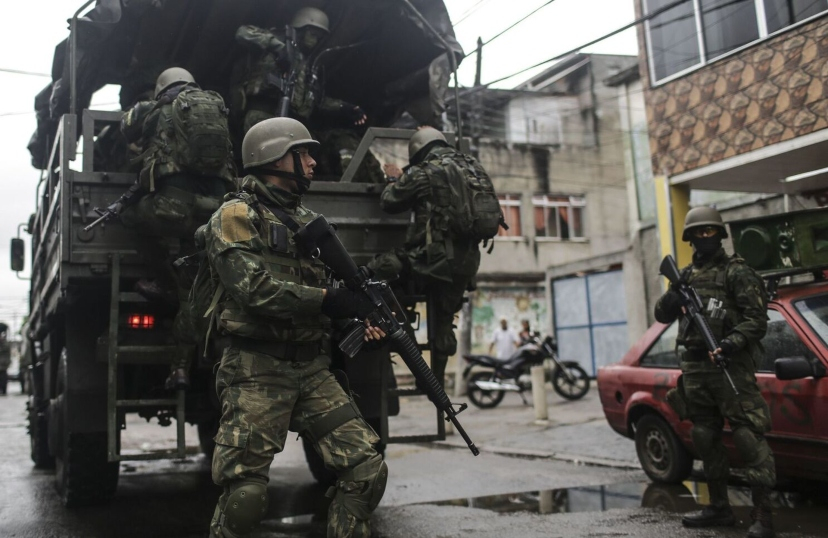 FBI SWAT securing the evacuation of Senators and Congressmen in the U.S. Capitol Building during the Great Panic. 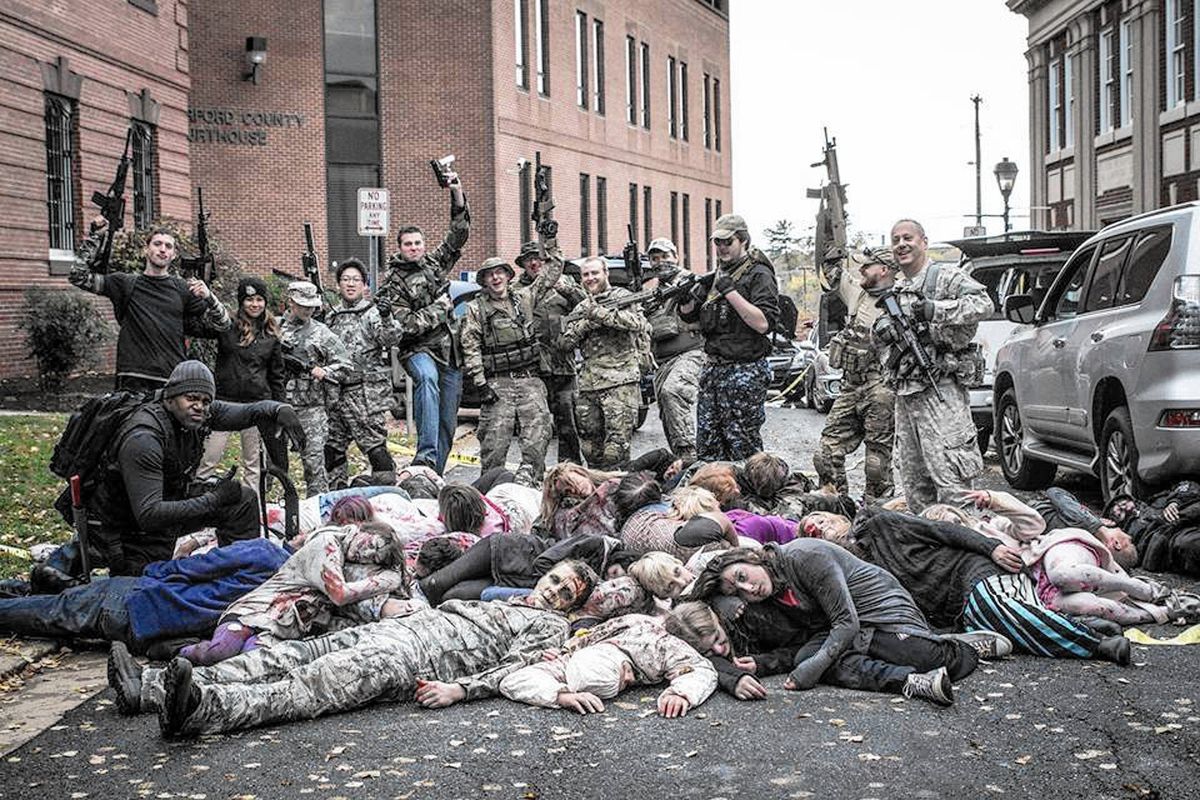 Survivors and soldiers pose next to a pile of dead zombies during the liberation of Baltimore.
Source 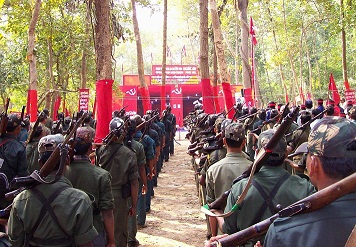 Shining Path rebel encampment. As Lima fell to the zombies, the Shining Path managed to control large swaths of the rural areas of the country, proclaiming the territory as part of the "People's Republic of Peru." It would only be by 2027 when the Peruvians would manage to reclaim these territory from the rebels. 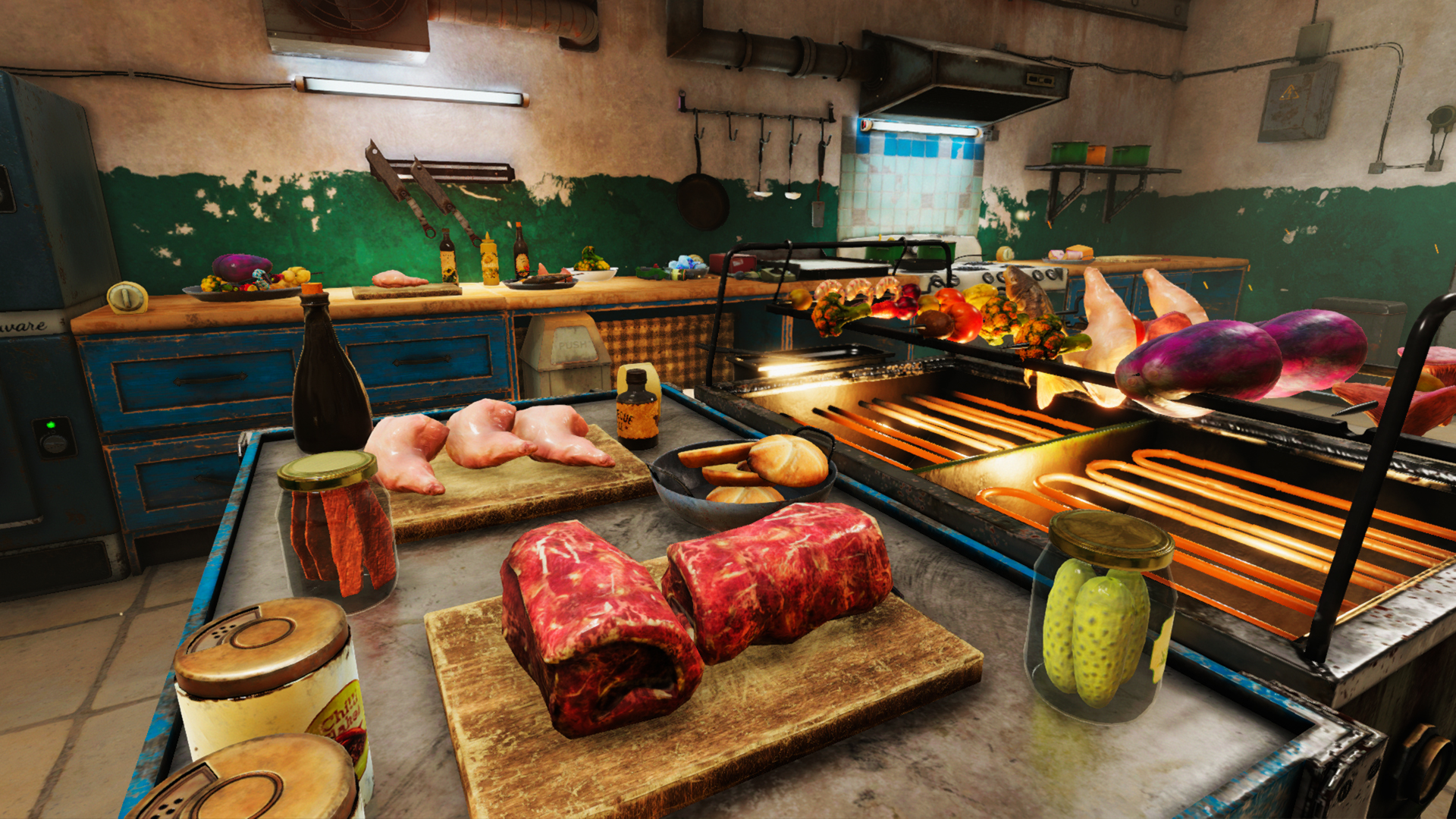 Thanksgiving celebration in a fortified bunker somewhere in the heartland of the United States. Date unknown.

Millitary and civilian drones were found to be one of the greatest assets during WWZ. Frequently where they could be used, they were utilised for investigating terrain for supply drop locations, sending medical and food supplies to unreachable and trapped survivors, checking terrain and in later years of the war and be used as bait and distraction by hanging meat from hooks to lure the dead away so clean up teams were able to shoot in the back of the head thus avoiding head on confrontation. The were alongside K9 units also employed on scouting buildings and had speciality in skyscrapers via broken windows to assess the situation inside where main entrances had been barricaded by survivors from the inside in years previous.

As the years have progressed after the war and clean up continues, drone technology has advanced further. Sniper drones can now be sent into hostile environments that are considered too dangerous for clean up teams to enter to remotely shoot targets in the head, thus avoiding casualties and using man power where it could be utilised elsewhere.

In the 5th year of the war, a millitary medic at an unknown location has ran into severe and fatal trouble. A millitary drone which was scouting the area found his distress smoke flare and sadly captures his last and final moments, seconds before detonating a hand grenade and ending his torment. 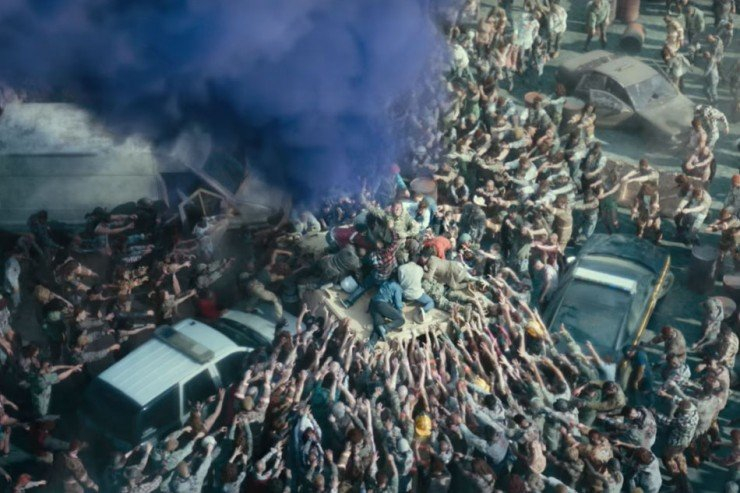 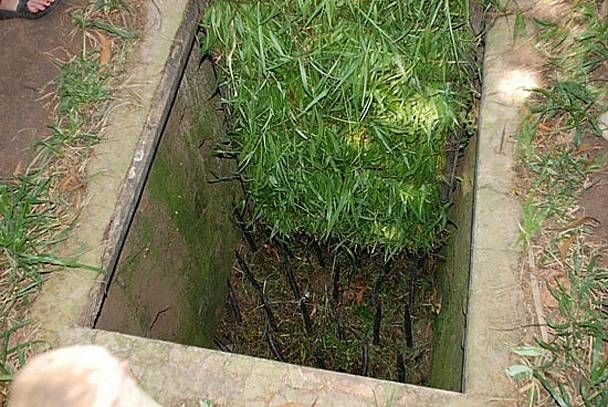 A punji spike trap found in those home suburbian Michigan. While this trap won't kill a zombie outright, the spikes ensure the zombie would be stuck and unable to climb up, hence making dispatching easier. 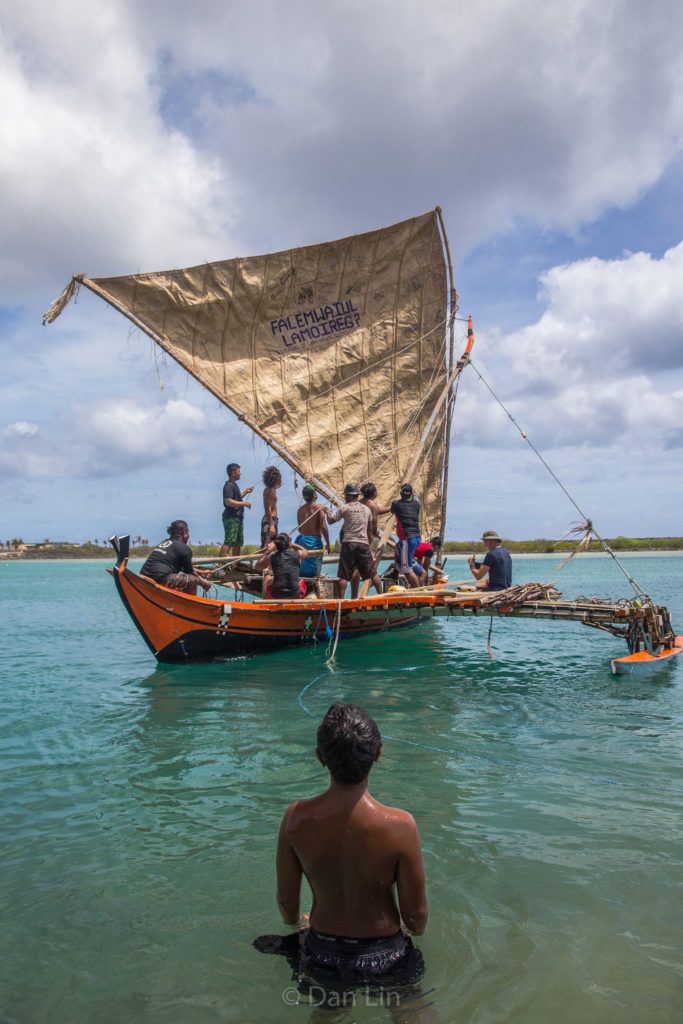 An outrigger canoe used by refugees to travel between islands in the Pacific continent.


A nearly-empty street in an unknown Chinese town photographed by a CIA spook. The area was alleged to be where the Ministry of State Security rounded up several "dissidents" in quarantine vans dubbed as "detention vans". The spook reported something unusual with these "rioters", as he witnessed some of these rioters bite the MSS personnel sent to arrest them.

The Chinese Communist Party insists that the whole campaign was a mass arrest of dissidents, which explains why so much streets became empty from November 2012 up until the Great Panic which started in May 2013.

U guys have a Discord server?
Last edited: Monday at 7:11 AM

Refugee camp in the Pyrenees Mountains, just next to the Franco-Spanish border. Some camping areas suffered outbreaks which required post-war clean up by the Spanish Armed Forces but mostly the Pyrenees safe zone weathered the war best within the Iberian Peninsula. 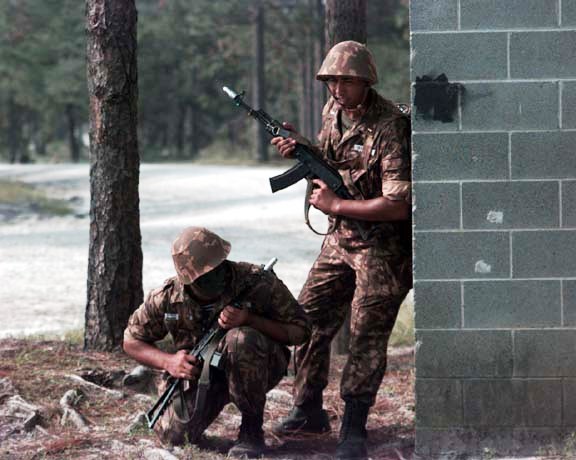 Uzbek soldiers on some training during the first stages of the Great Panic
You must log in or register to reply here.
Top
Share:
Share
Top