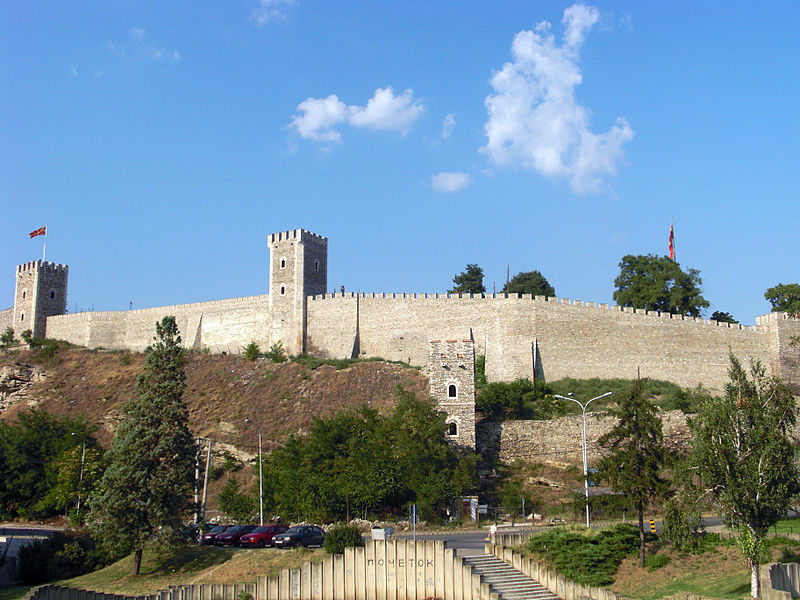 The Kale, or Skopje Fortress, a safe zone of Macedonia 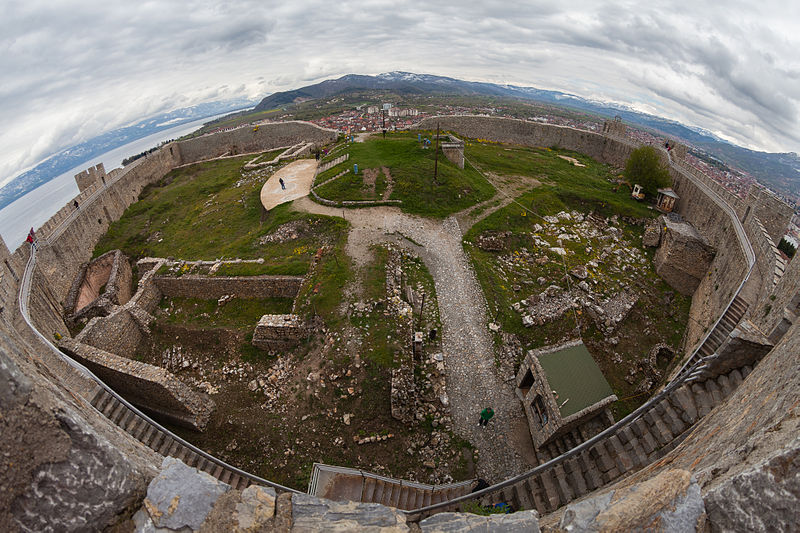 Interior of the Samuel's Fortress, Ohrid, Macedonia. When the city closed itself with a quarantine zone and old walls, it restored the interior of the old fortress to avoid zombies. 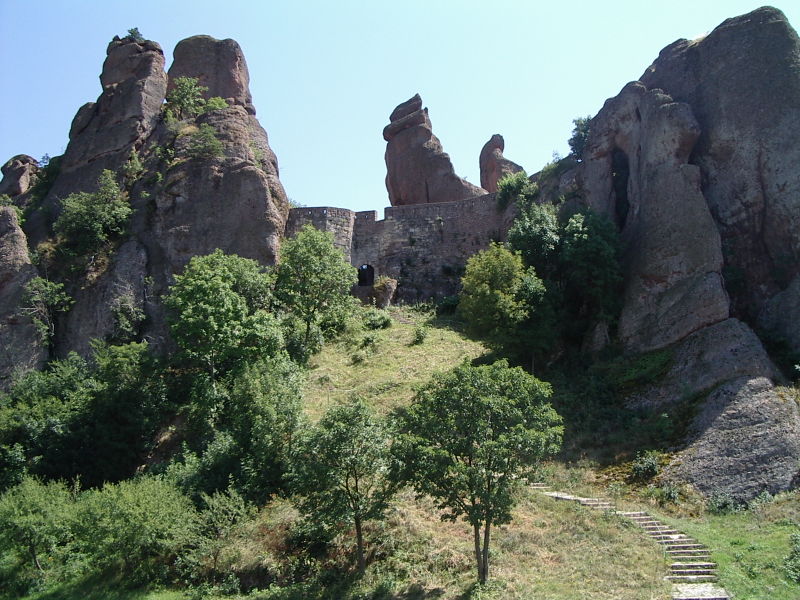 Belogradchik Fortress: an ancient fortress located on the north slopes of the Balkan Mountains, close to the northwestern Bulgarian town of Belogradchik.
The fortress's walls are over 2 metres (6.6 ft) thick in the foundation and reaching up to 12 m (39 ft) in height. Three separate fortified yards exist that are connected with each other through gates. The fortress has a total area of 10,210 square metres (109,900 sq ft). Being built first when the Roman Empire, it got upgraded until 1850 by the Ottomans. During the Great Panic, the Belogradchik Fortress served for surveillance and not strictly defense, but inhabitants of the region took it, and excavated mines to reinforce the castle, adding some weapons, crops and a well, making it a safe zone against zombies. The base had a small medical post too, and military engineers created barricades to make the zombies lost if they tried to go there.

The serpentine path would be easier to barricade too or even if the survivors have C-4, to crater it.

Gillan1220 said:
The serpentine path would be easier to barricade too or even if the survivors have C-4, to crater it.
Click to expand...

I imagine barricades at the beginning, and in the end

Egyptian Marines defending their positions near Alexandria with their SG-43 Goryunov machine-gun, circa 2014. 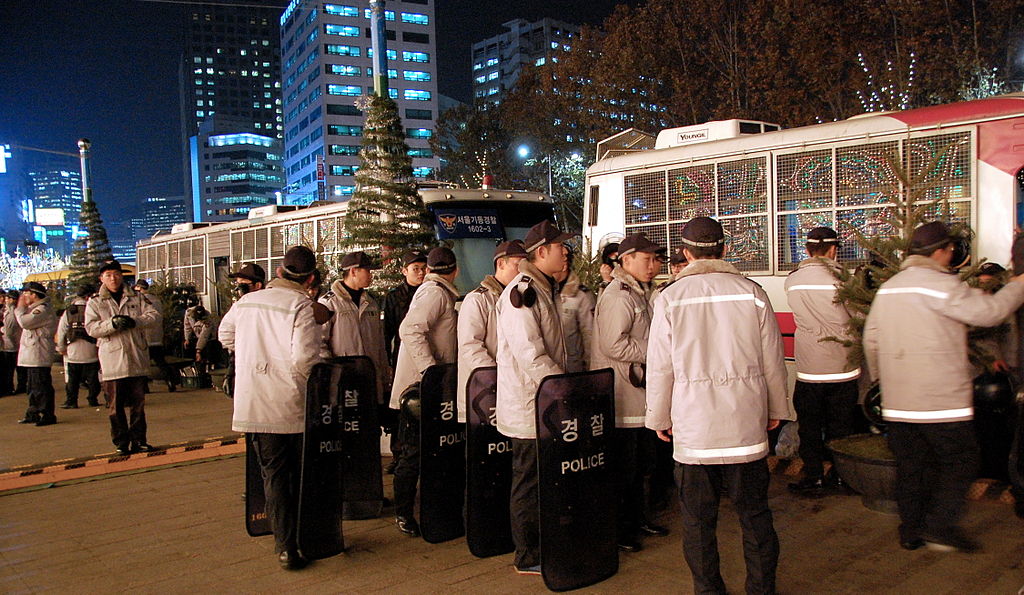 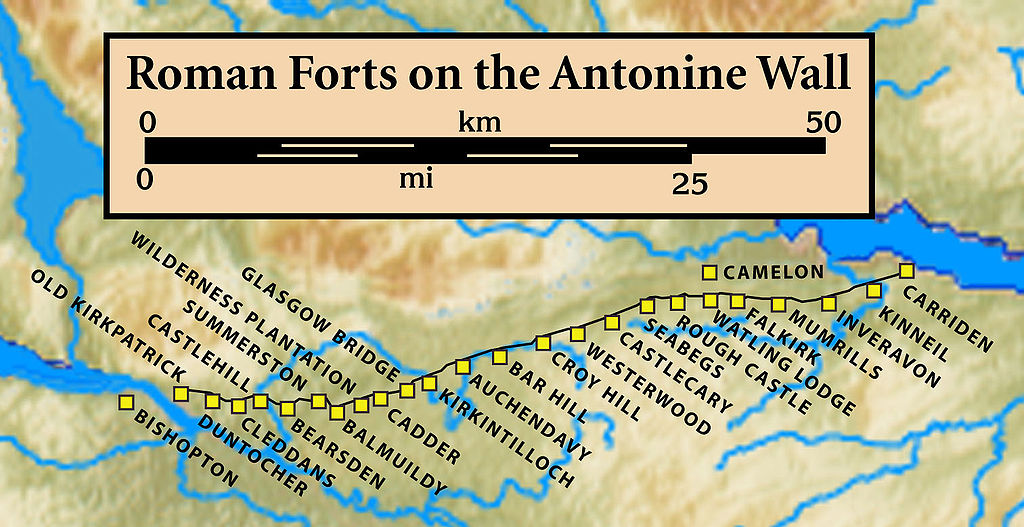 Using barricades, old blocked houses, debris, and anything they had, the british survivors in Scotland remade the Antonine Wall to stop the undead 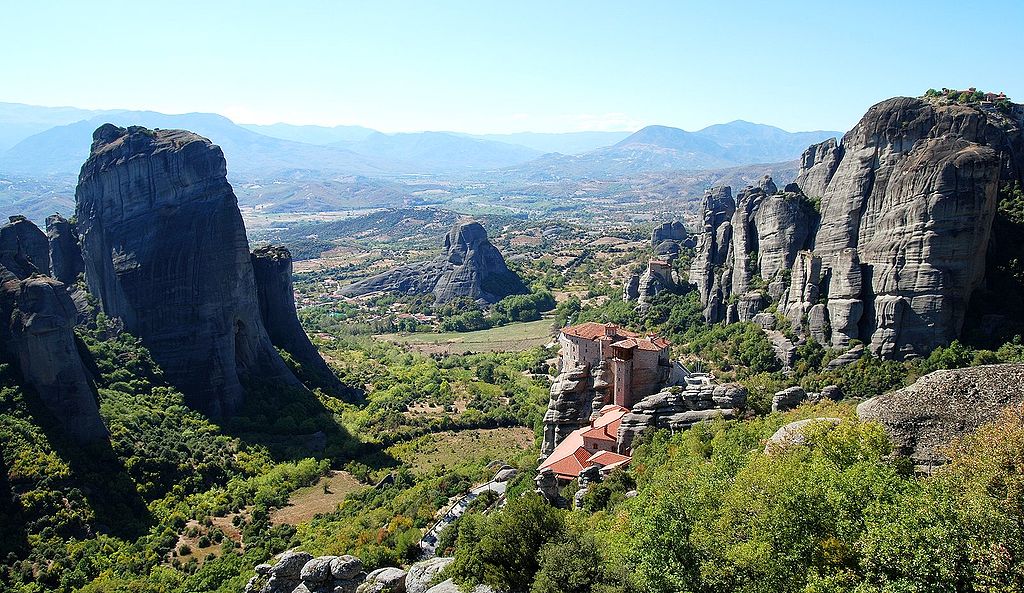 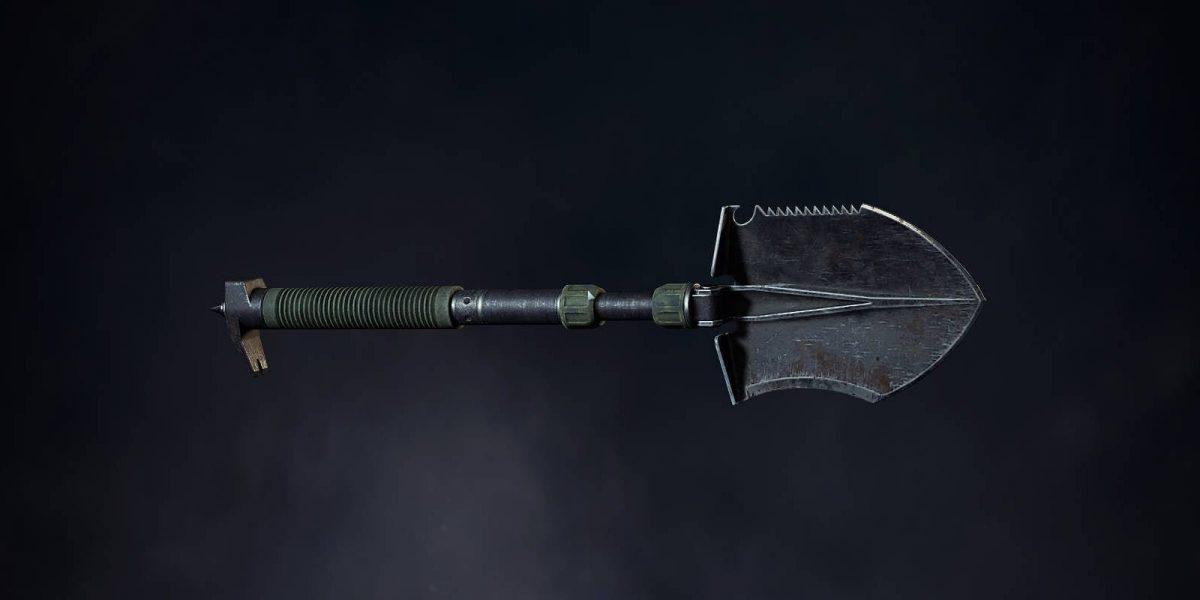 A Lobo, used by the USA against the undead

T-80 of the Holy Russian Empire, in route to any walled city. Siberia, date unknown 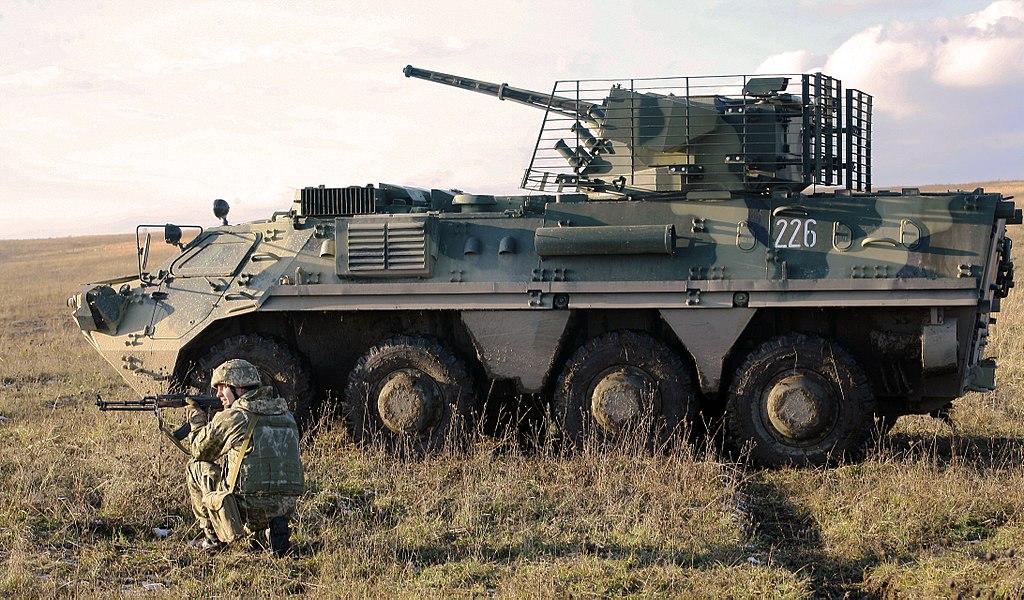 BTR-4 "Bucephalus" is an Ukrainian amphibious 8x8 wheeled armoured personnel carrier (APC). Here, one created in a civilian car, circa 2015, and cleaning a village in the Dnieper

centraleuropeDD said:
View attachment 616327
BTR-4 "Bucephalus" is an Ukrainin amphibious 8x8 wheeled armoured personnel carrier (APC). Here, one created in a civilian car, circa 2015, and cleaning a village in the Dnieper
Click to expand...

Blagaj Fortress (or Old Town of Blagaj), Bosnia and Herzegovina. It became the main safe zone in Mostar against zombies as it is well protected in a dangerous place for hordes, and had wells, weapons from the castle and military, near food sources, also that was being restored during the Great Panic.
Click to expand...

It´s located in a medicinal water spot, near a river spring, which can provide hydroelectric power, with a small town built in medieval times,which looks like this: https://upload.wikimedia.org/wikipedia/commons/thumb/6/60/Blagaj_1.jpg/1024px-Blagaj_1.jpg
A former sufi monastery near the fortress, that could become an outpost and the posible solar-hydroelectric/any-kind-of-place-to take-refuge-near-Mostar https://upload.wikimedia.org/wikipe...e_i_tekija.jpg/1024px-Vrelo_Bune_i_tekija.jpg
Last edited: Jan 14, 2021 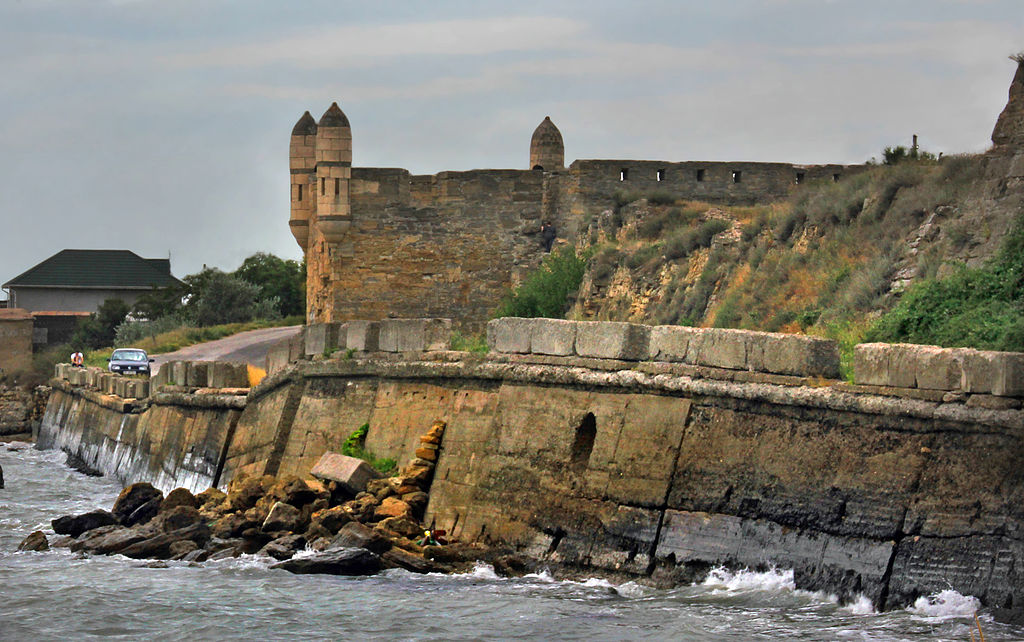 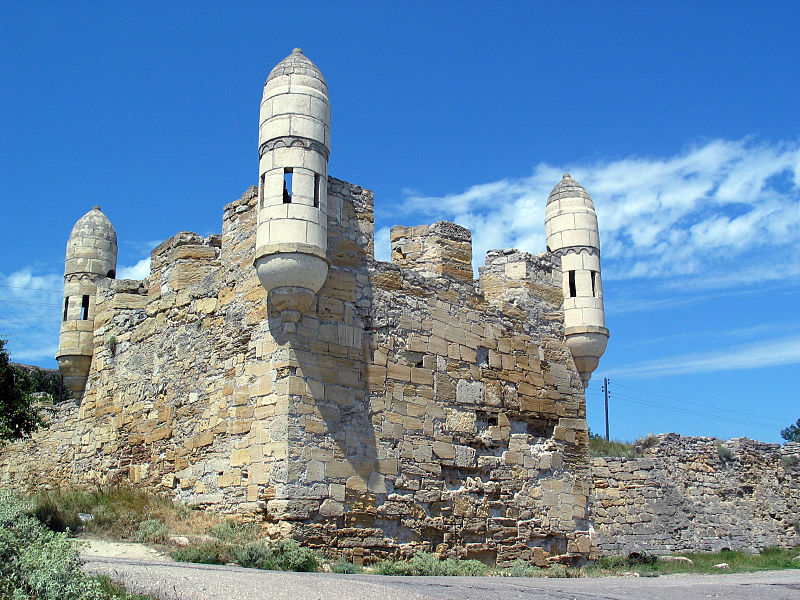 Yeni-Kale is a fortress on the shore of Kerch Strait in the city of Kerch.
Althought being ruined before the war, and that Crimea became an Ukrainian/russian refugees safe zone, that castle was restored using the stone from Adzhimushkay quarries, and was used as a defense in World War Z. The Russian Navy's Black Sea Fleet remnants contributed to the defense of the peninsula during the Great Panic. However, it would also become the point of newer Ukraine-Holy Russian Empire tensions after WWZ. 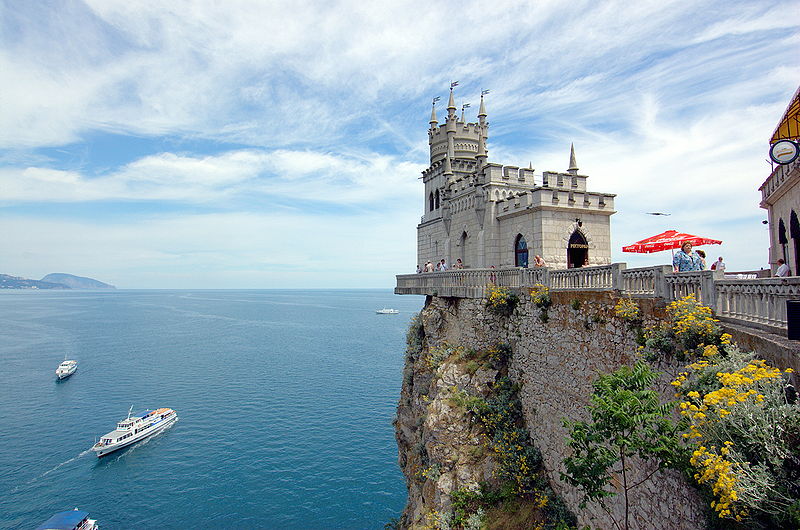 The Swallow's Nest is a decorative castle located at Gaspra, a small spa town between Yalta and Alupka, in the Crimean Peninsula. It was built between 1911 and 1912, on top of the 40-metre (130 ft) high Aurora Cliff, in a Neo-Gothic design by the Russian architect Leonid Sherwood for the Baltic German businessman Baron von Steingel.

The castle overlooks the Cape of Ai-Todor on the Black Sea coast and is located near the remains of the Roman castrum of Charax. The Swallow's Nest is one of the most popular visitor attractions in Crimea, having become the symbol of Crimea's southern coastline.
In WWZ, the place became abandoned, and later, after some walls and modifications, was transformed in a watchtower against ships and underwater zombies that tried to escalate the cliff
Last edited: Jan 15, 2021 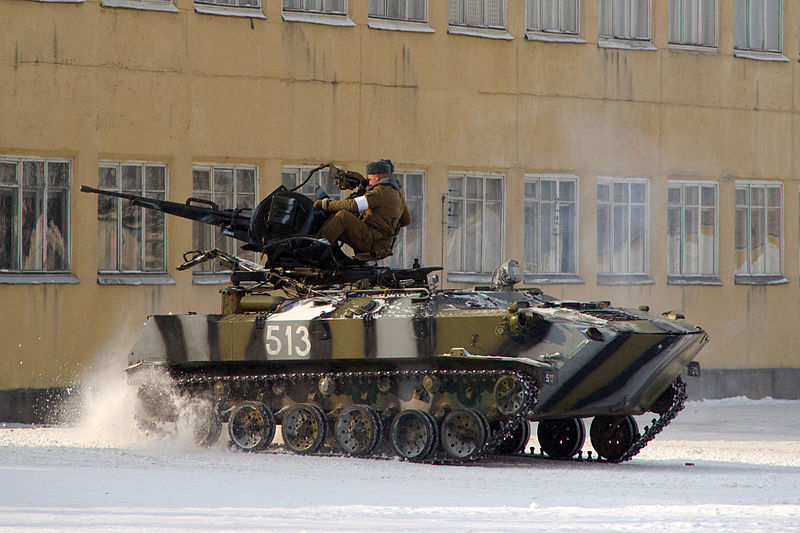 Belarusian BTR-D, used against zombies. Despite it´s military, the censorship of the belarusian regime made the country to fall easily to the zombies, except on few castles and fortresses

Bouillon Castle, Belgium. Was one of the few safe zones in the country, heavily fortified by remnants of the Belgian Army 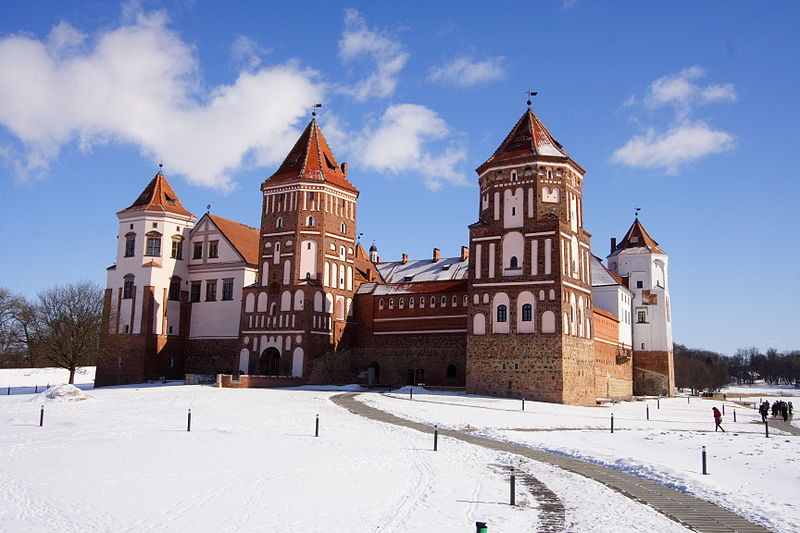 During WWZ, survivors and military created a defensive wall in the castle, made a small farm, and then a moat to stop zombies. When the last months of the war came, the defenders joined the Holy Russian Empire forces and the former Belarusian army in the region against the undead 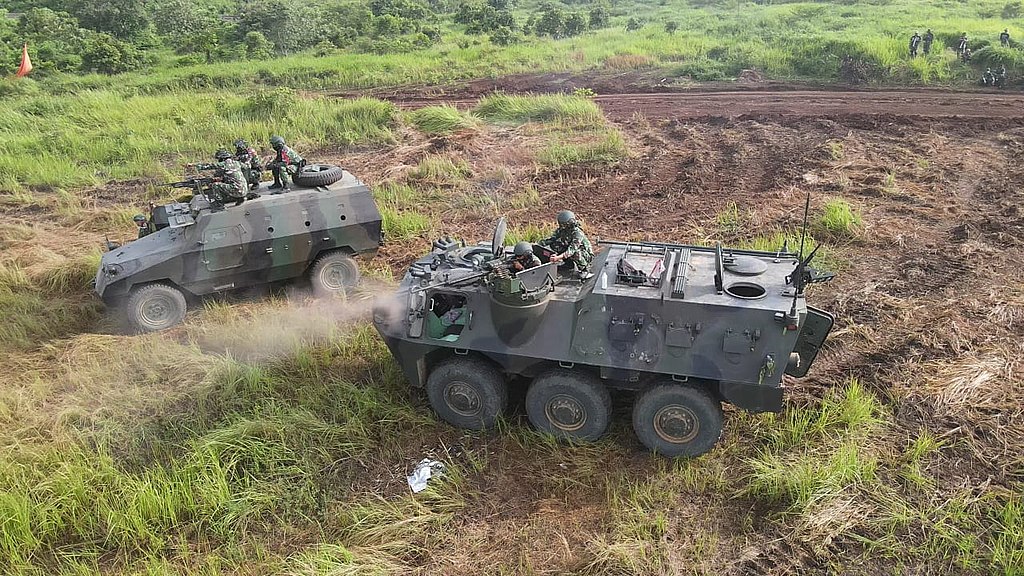 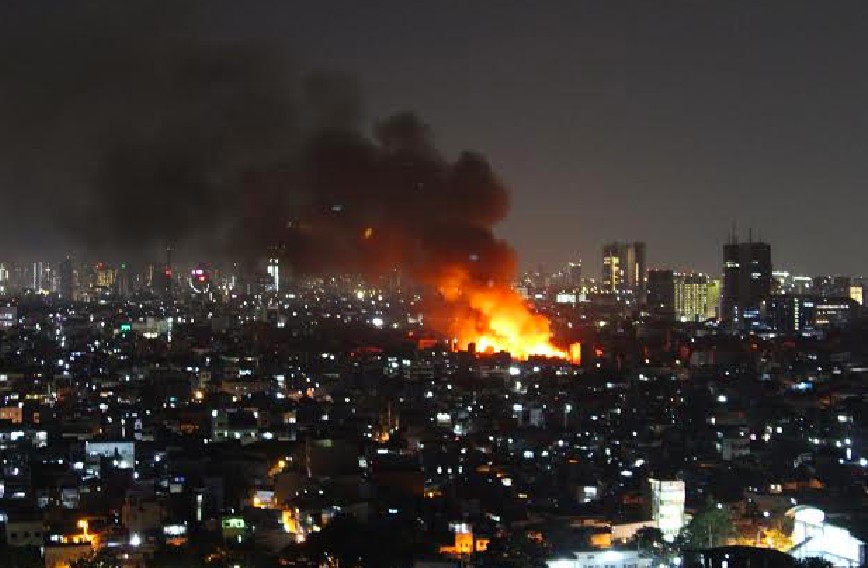 A fire in a block of houses that were near a gas station on the center of Yakarta, Indonesia. 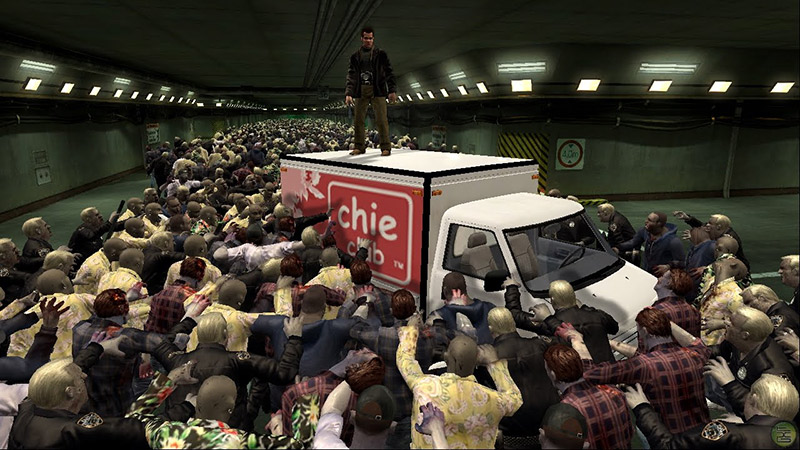 A stupid person tried to attack those zombies with bare hands, in a small tunnel in an unknown city
You must log in or register to reply here.
Top
Share:
Share
Top