Ships of the Japan Coast Guard and the China Marine Surveillance on a stand-off near the Senkaku Islands, September 2012. The Senkaku Islands dispute was one of the significant events in the Asia-Pacific region just nine months before the Great Panic. With Japan's announcement of purchasing the islands, anti-Japanese sentiment broke out in China and Taiwan. The JCG occassionally chased both CMS and ROCCG ships while arresting Chinese, Taiwanese, and Hong Konger activists the landed on the island. While this was going on, Western intelligence picked up strange activity in the mainland and state that the anti-Japanese protests gave the perfect cover for the Chinese Communist Party to crackdown on individuals infected with the Solanum virus.

Feel free to listen to this when reading on these stuff on World War Z's Russia: 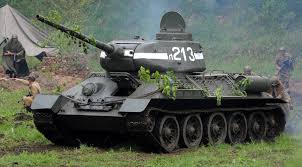 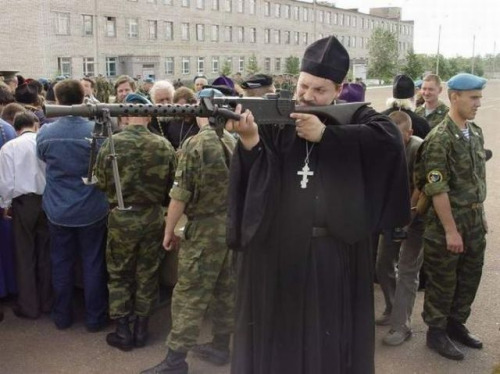 An Orthodox Priest posing with a machine gun for a propaganda picture depicting how priests defend "Holy Russia" from both spiritual and physical enemies who would dare infringe on Holy Russia's sovereignty. 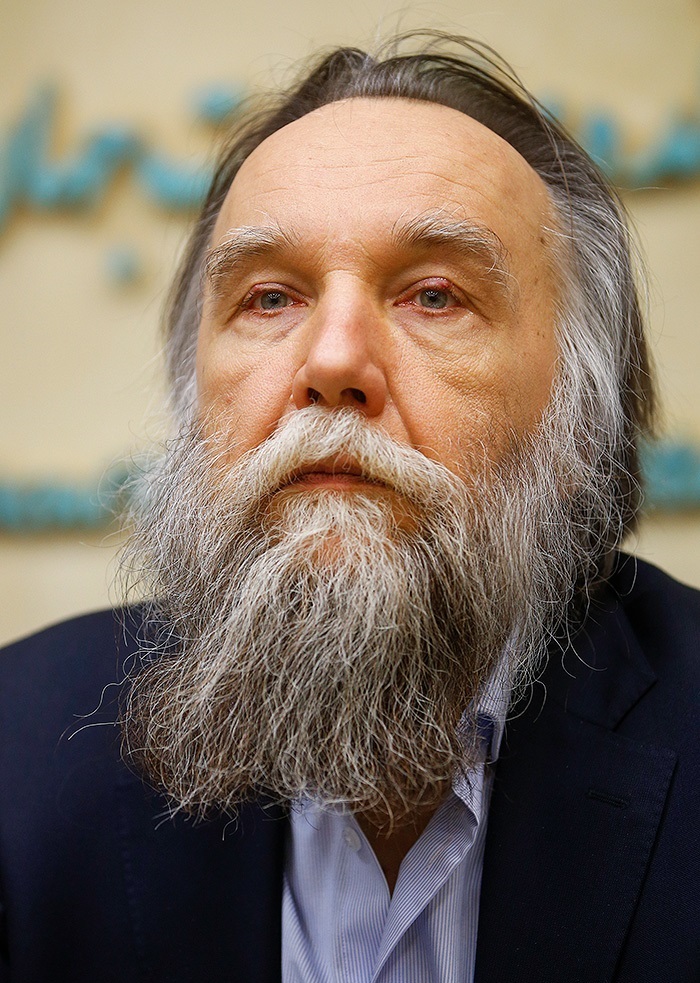 Alexander Dugin, foreign minister of the Holy Russian Empire. Infamous for how he believes that the spirit of Alexei Romanov guides Russia from beyond the grave and how he has been pivotal in the Holy Russian Empire's jingoistic and militarist diplomacy through his radical Eurasianist ideas which he developed in the pre-war years.

Greek village Eskibahçe 10 years after its abandonment during the great panic. Earthquake, fire and time devastated the village.

Town of Kolmanskop; a Ghost Town for decades, though it had become popular with tourists in the 21stC. During the Zombie War its very remote location in the Namib desert of Namibia saw it become a refuge for population that fluctuated between 50-400 people, though turn over was high due to the harshness of the environment.

The refugees dug out many of the sand filled houses, and stripped materials from others to make buildings habitable. 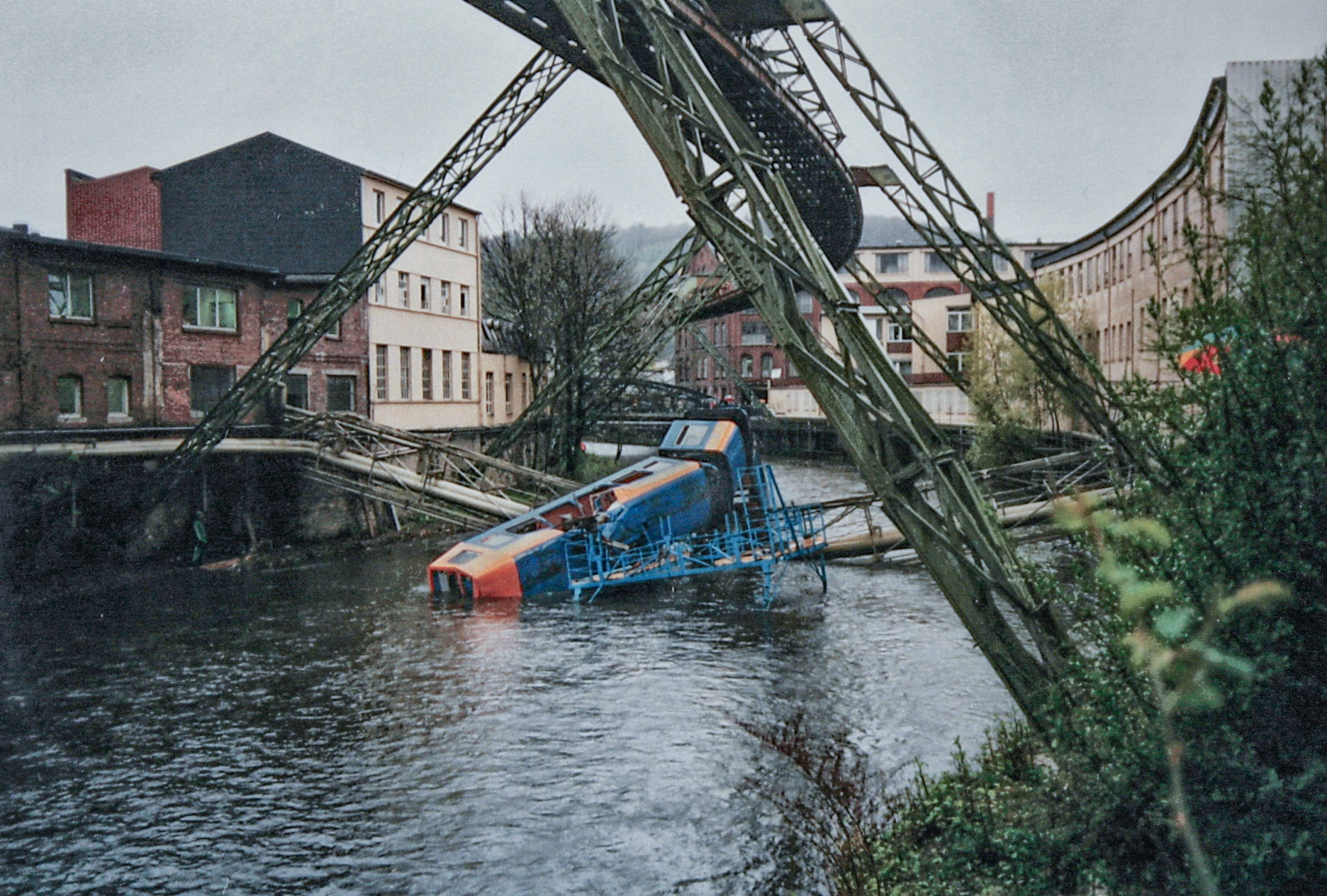 Crashed train on the Wuppertal Schwebebahn due to decay after it's abondnment during the Great Panic.

One of the Royal Thai Army's functional Japanese Type 95 Ha-Go used as an urban pacification vehicle/scout car in securing safe-zones. The obsolete tanks (2 functioning out of 7 in inventory) were mainly used as bulldozers in crushing disabled zombies. While the cannon no longer worked, the coaxial gun was replaced with an M60 machine while an M1919 Browning was armed on top of the hatch. 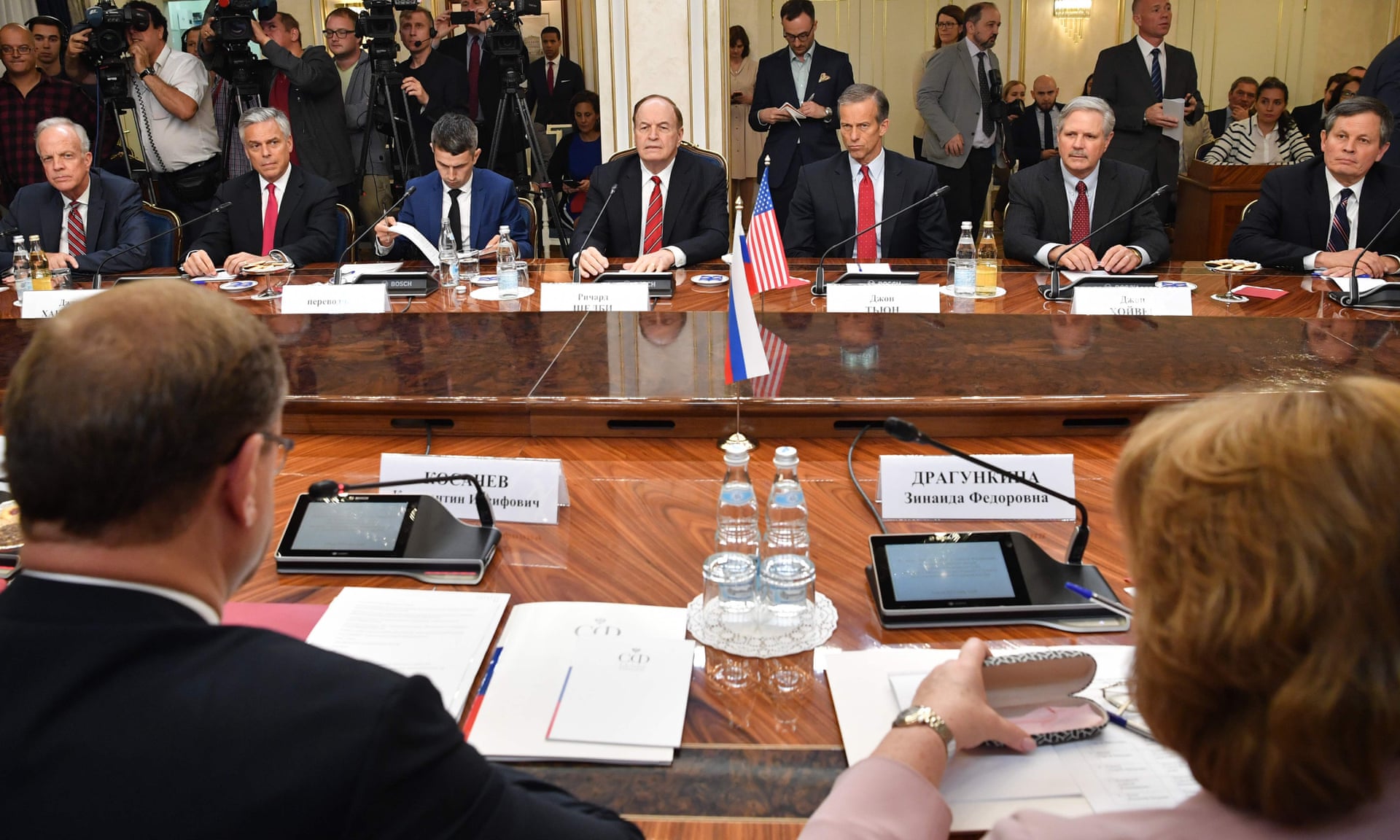 U.S. officials meeting with their Holy Russian Empire counterparts on the matter of the extradition of Breckenridge Scott who has been living on exile in an abandoned Russian Antarctic outpost, July 20, 2024. 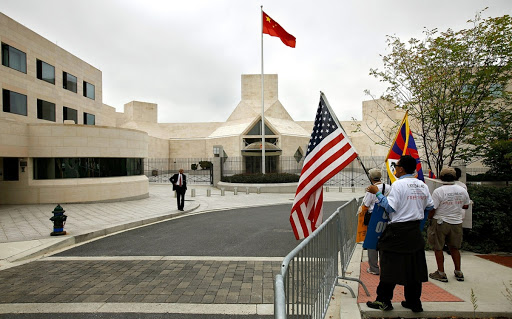 Poster for the movie Korean movie Train to Busan. it tells the story of Seok-woo and his daughter Su-an on a train infected with Solanum as they witness the infections rapid spread though Korea, try to survive and make it to the Busan Safe Zone. The movie is loosely based on the true story of Commuter Train 1856, a train that left Seoul right before it fell with the last few evacuees. One was infected and started a siege as the infected tried to get into the few cars that they had yet to tear through as the survivors rode the train to safety. The movie however differentiates from history as the train in the movie was allowed into the safe zone while in history 1856 was destroyed by the South Korean Army as it approached the perimeter, killing all on board. The decision to change the ending was met with some controversy, especially with the family of those who died on the train. Director Yeon Sang-ho defended his choice by saying "We experienced enough pain to last many lifetimes, I just wished for one happy ending". The movie would become a massive hit in Post-War Korea and abroad, making $100 million at the domestic box office and another 150 million internationally. A sequel known only as "Train 2" is reportedly in the works with a plot hinted at tackling the aftermath of the train entering the Safe Zone as a way to tell the story of South Korea's sweep and clear ops within the Zone.

JS Shirane (DDH-143) during the reclamation of the Home Islands. 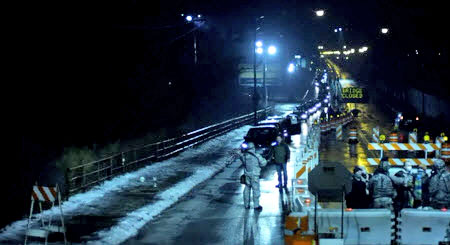 Early on in the Great Panic, the Government blockaded roads leaving outbreak zones in order to prevent the uncontrolled spread of infection.

This practice, though effective on a small scale, was eventually abandoned after the fall of New York, where it was blamed for fatally hindering evacuation efforts. 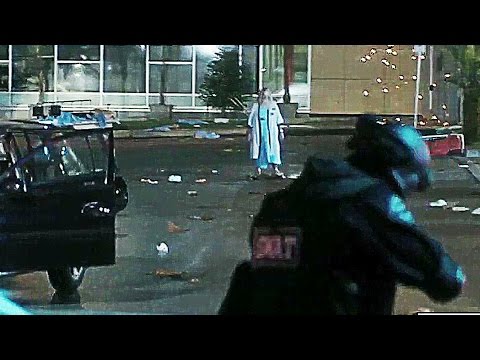 SWAT hold the line against infected hospital staff after the outbreak at Mount Auburn Medical Centre,

Hospitals were initially the ground zero of serious outbreaks prior to the Great Panic, despite attempts to implement universal containment principles.

The multiple bullet wounds on the infected women’s torso indicate the difficulties local law enforcement had in adapting to the Solanum Virus. 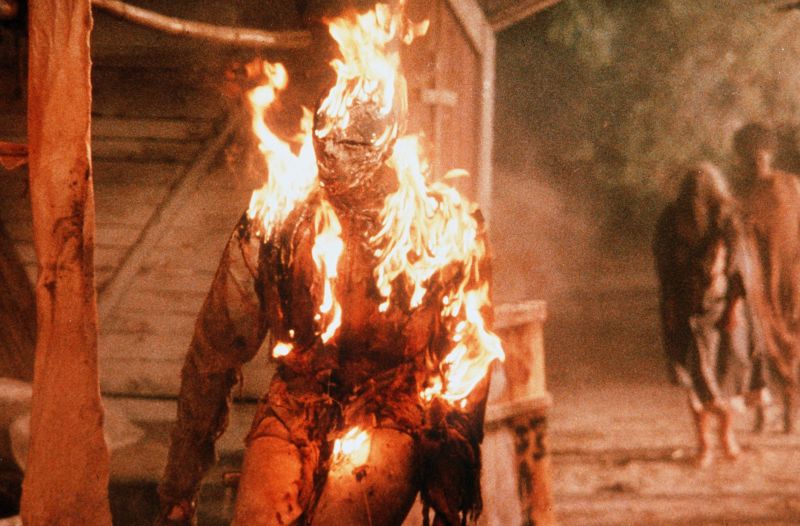 Picture recovered from a ruined farmhouse in Wyoming by advancing US Troops during the Road to NY Campaign.

It demonstrates the scale of trauma that an infected individual can sustain without reducing their deadliness. ​
Last edited: Nov 18, 2020

Internal Troops of the Ministry of Internal Affairs (MVD) form a shield near the Kremlin to deter protests about Russia's own involvement in dealing with outbreaks within its neighboring states, November 28, 2012. 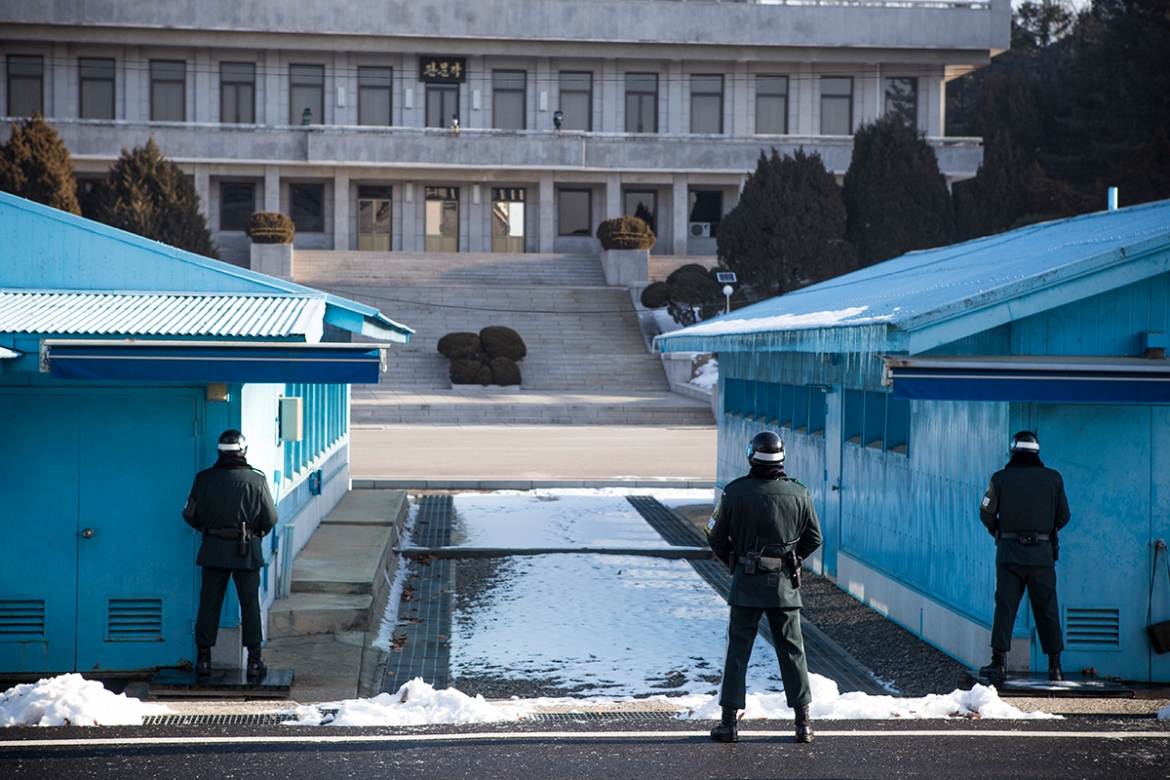 Watchtowers like these dot the DMZ from coast to coast, watching for an enemy that may no longer exist

Rare animals including Siberian tigers have become more common on the DMZ, even in former North Korea​
With the end of the War in Korea many expected the DMZ to be crossed rather soon. Nobody had heard from , much less seen, a single North Korean since the months before the Great Panic. However when the South Korean government announced plans to regarrison the DMZ and made no mention of a punitive expedition into North Korea many in Korea were outraged. However, the decision was made from a practical standpoint as until the world can learn what happened to the North Korean's, the entire country might just be teeming with infected, just waiting to be set loose. Thats not to mention the difficulty of moving a significant force over the most militarized border of Pre-War times. And so, ever since, the reestablished US Eighth Army, along with the Army of the Republic of Korea, have maintained their positions on the DMZ, watching for an enemy who may be long gone. Discussions about what to do with North Korea have been reportedly ongoing within the Pentagon and Korean government. It is plainly obvious however that the cautious crowd has won for the time being as no hint of a movement into the North has been revealed. Times do however appear to be changing. Both the most recent US Secretary of State (Backed by the US President) and the President of Korea have both supported expeditions into Korea in the past and China has also begun to pay more attention to the situation as a show of international backing would help gain the current administration some legitimacy both at home and abroad[...]

Don't they have any reconnaissance assets left, like drones or satellites?

In the book I think they do flyovers and just discover North Korea completely empty except for these immense underground bunkers.

Maybe the entire surviving population is living underground believing the above planet is the land of the dead. Or maybe those tunnels are full of millions of zombies.

Nobody is willing to open them and find out.

Whiteshore said:
Feel free to listen to this when reading on these stuff on World War Z's Russia:

The eyes of the two eagles and Jesus hypnotize me when they blink.

Civilians tried to flee as the Battle of Jakarta raged on. In a desperate attempt to hold onto the city, the Indonesian military and national police bombed parts of the capital to hold off the massive horde during the Great Panic in order to buy time for the remaining citizens to evacuate, but later were forced to retreat as the hordes overrun their line of defence. The fall of Indonesia's capital and largest city was the beginning of a series of military failures throughout the urban centres of Java and Sumatra that happened in the following months.
Last edited: Nov 24, 2020 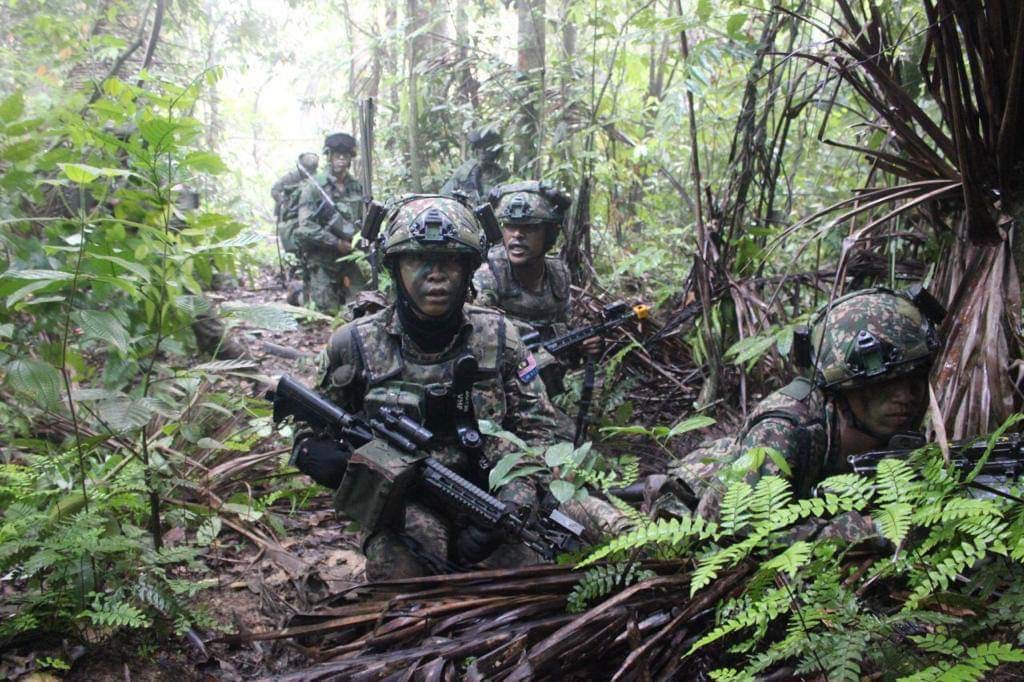 Soldiers from the 6th of the Battlation Royal Ranger Regiment of the Malaysian Army defending the Penang Perimeter. (Reddit, inspired from The Extinction Parade). 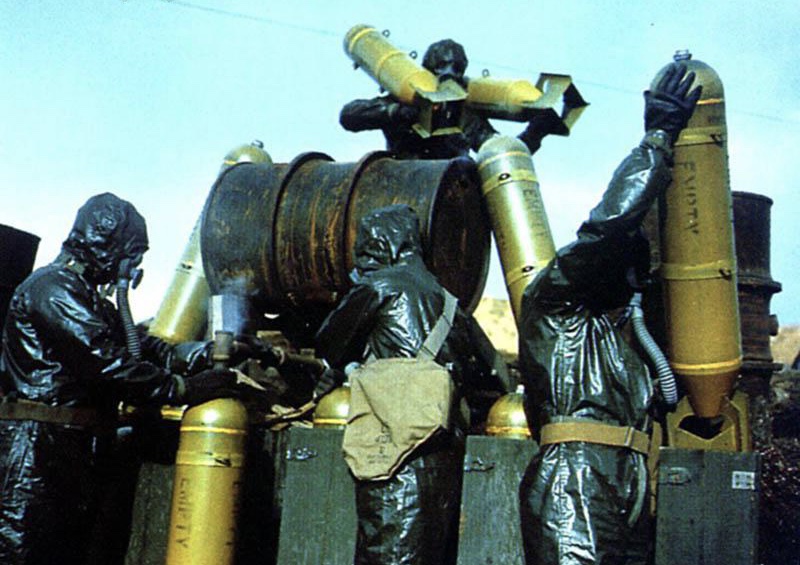 A British ‘Waste Unit‘ dispose of undead remains in oil barrels by liquidating them with corrosive chemicals.

Such Waste Units worked around the clock sanitising Britain in the wake of the inch-by-inch military advance. They were often staffed by penal workers or consciousness objectors, who couldn’t be put into the regular army. Methods of disposal varied in practice, but as official government policy mandated the complete destruction of infected remains, the use of dangerous chemicals was standard.​
Last edited: Nov 24, 2020
You must log in or register to reply here.
Top
Share:
Share
Top