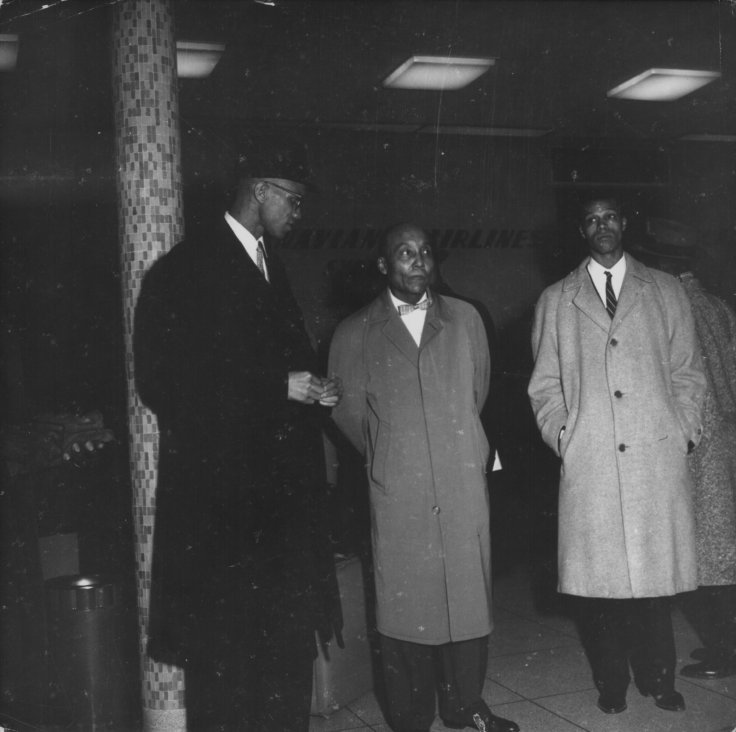 A young Mikhail Kalashnikov designing a new prototype assault rifle in the Soviet Neutral Zone based on captured German STGs and G3s. The rifle would then be named as AK rifle or Kalashnikov automatic rifle. Many of his blue prints would end up into the China sent to Chinese Communist allies where they began building their own weapons to fight the Japanese. 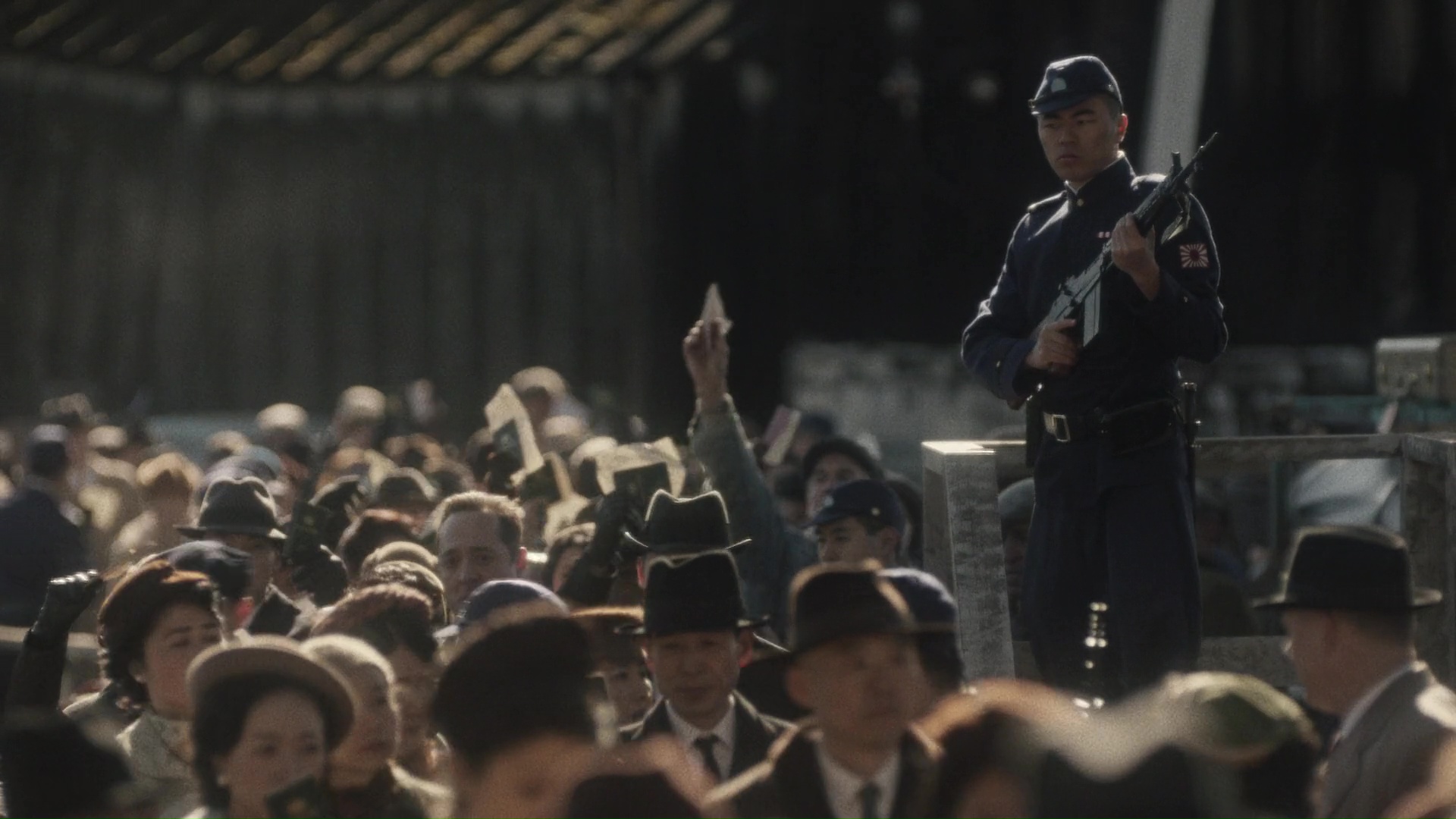 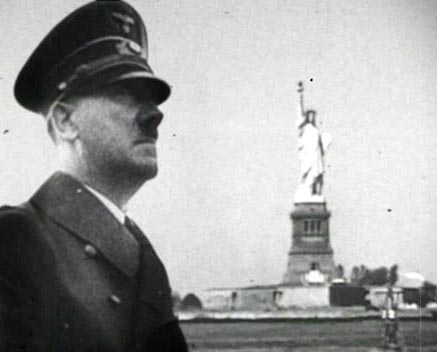 On Victory in America Day 1948, Adolf Hitler visits the Statue of Liberty

On the same day, a group of Jews are rounded up in a unknown American city. 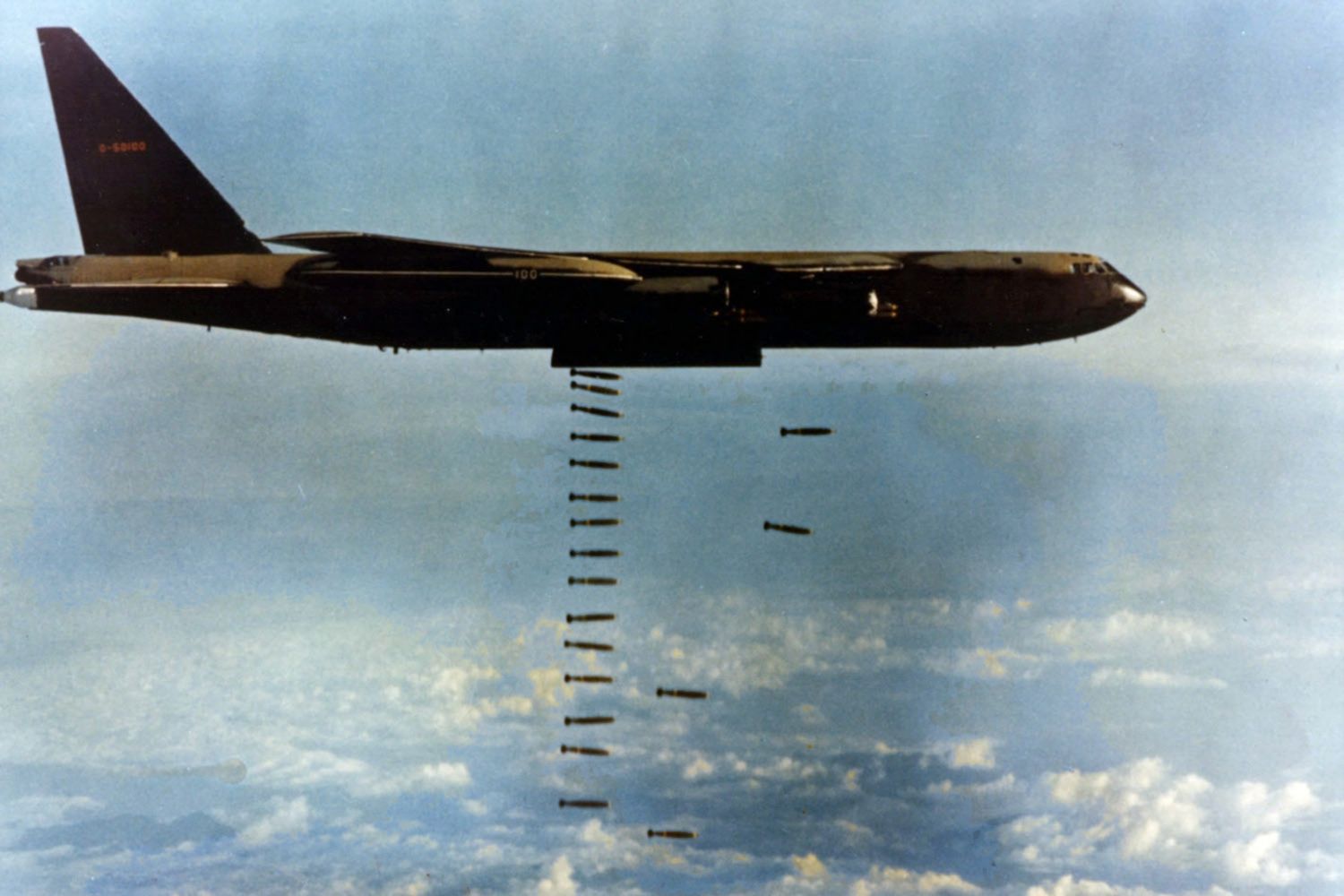 (Note: In the last few episodes the Nazis fly some sort of B-52 esque aircraft over San Francisco, so I figured this would work as a stand in)

A photo recovered by Resistance operatives from the archives at the Die Nebenwalt. According to accompanying documents The city stands near the location of Earth-1’s Indianapolis and it’s inhabitants were of some Anglo-Franch ethnicity. Research efforts into this timeline were ongoing when the facility was overrun in 1965. 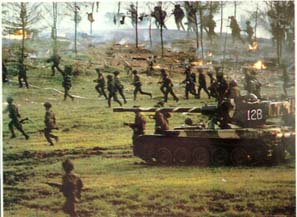 IJA forces on the move in Manchuria.

(Note the tank pictured is an OTL French AMX-13. I figured it would be a decent strand in for post war Japanese armor given their preference for light tanks). 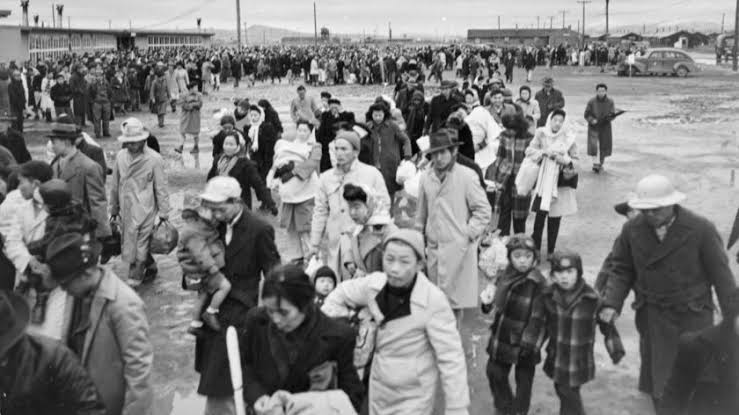 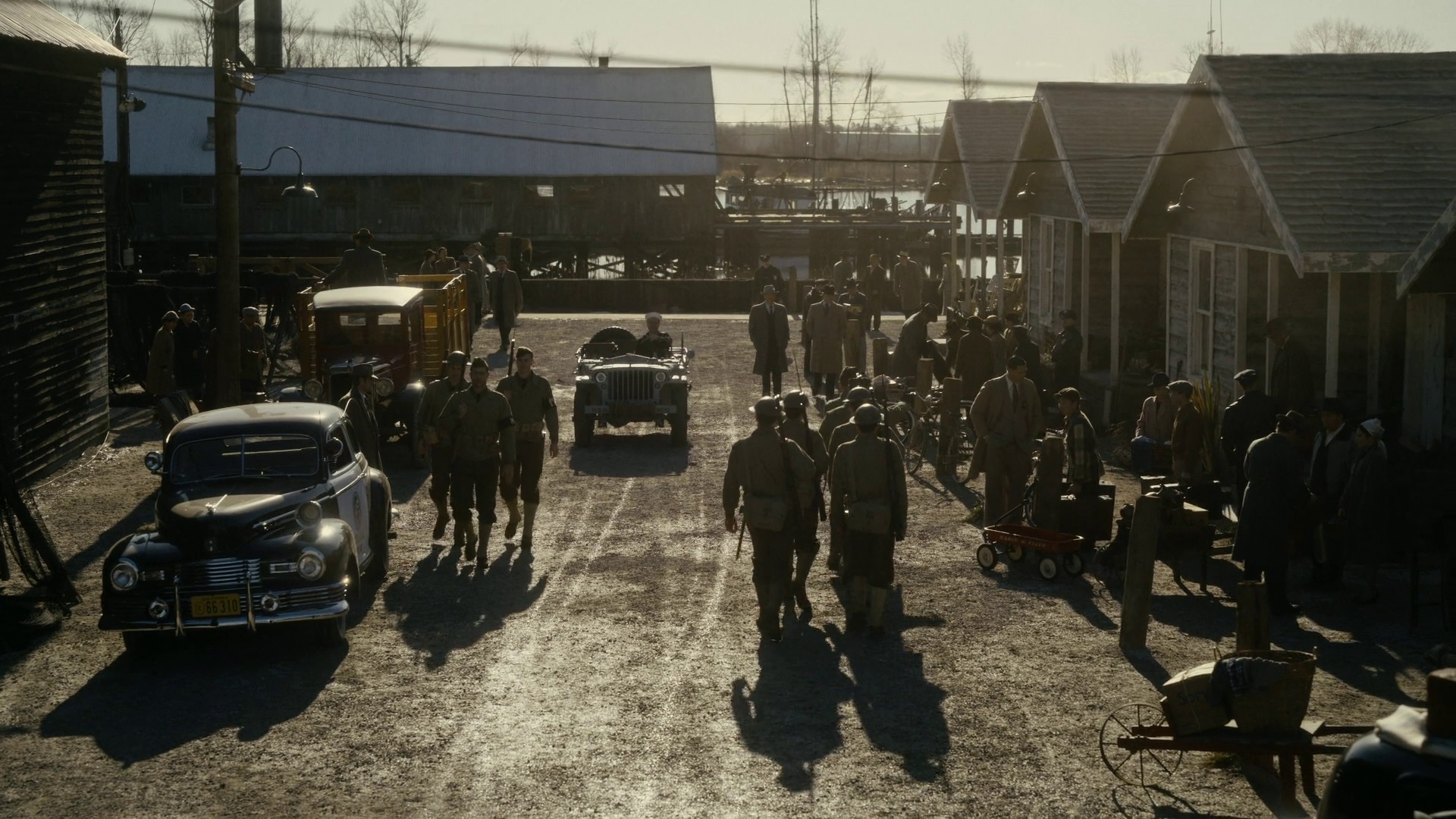 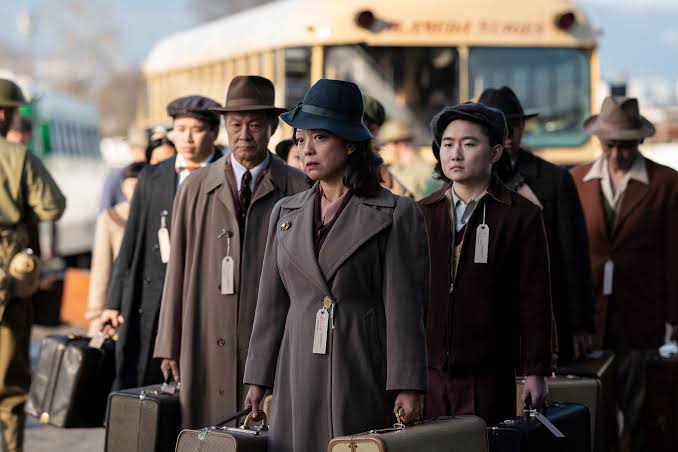 Japanese-Americans being interned by the U.S. military, February 1942.
(First one is a real OTL pic while the second and third pic is from AMC's The Terror: Infamy)
Last edited: Jan 5, 2020

A cover of a Newsweek Magazine dated August 17, 1964 about a possible American involvement in Vietnam (formerly French Indochina) obtained by SS agents traveling to the alt-world where the Allies won World War II. 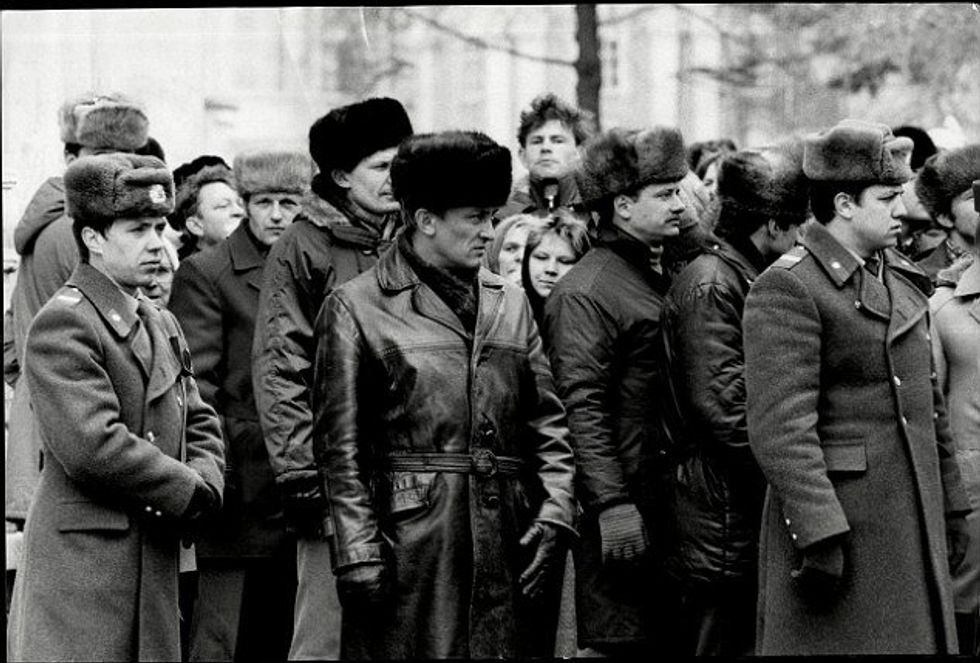 KGB agents guarding a site to another portal where the Reich opened in near Murmansk. 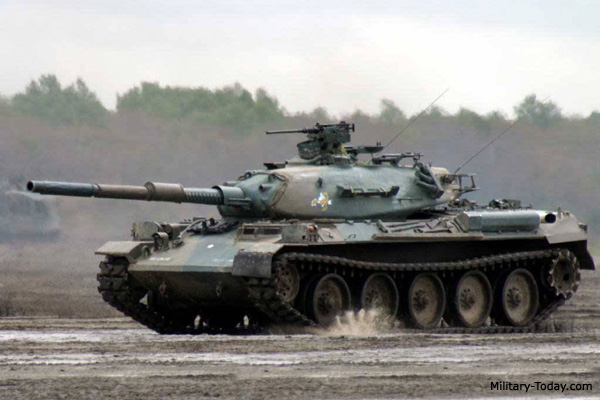 Imperial Japanese Army Prototype "Type 60" tank in testing. Rumors are that these will be used to quell the insurgencies in China, India, and Australia.
(Note: This is actually a Type 74 Battle tank of the JGSDF) 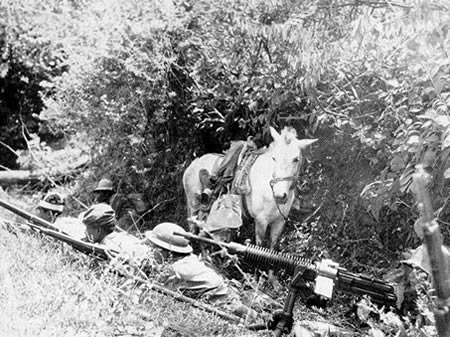 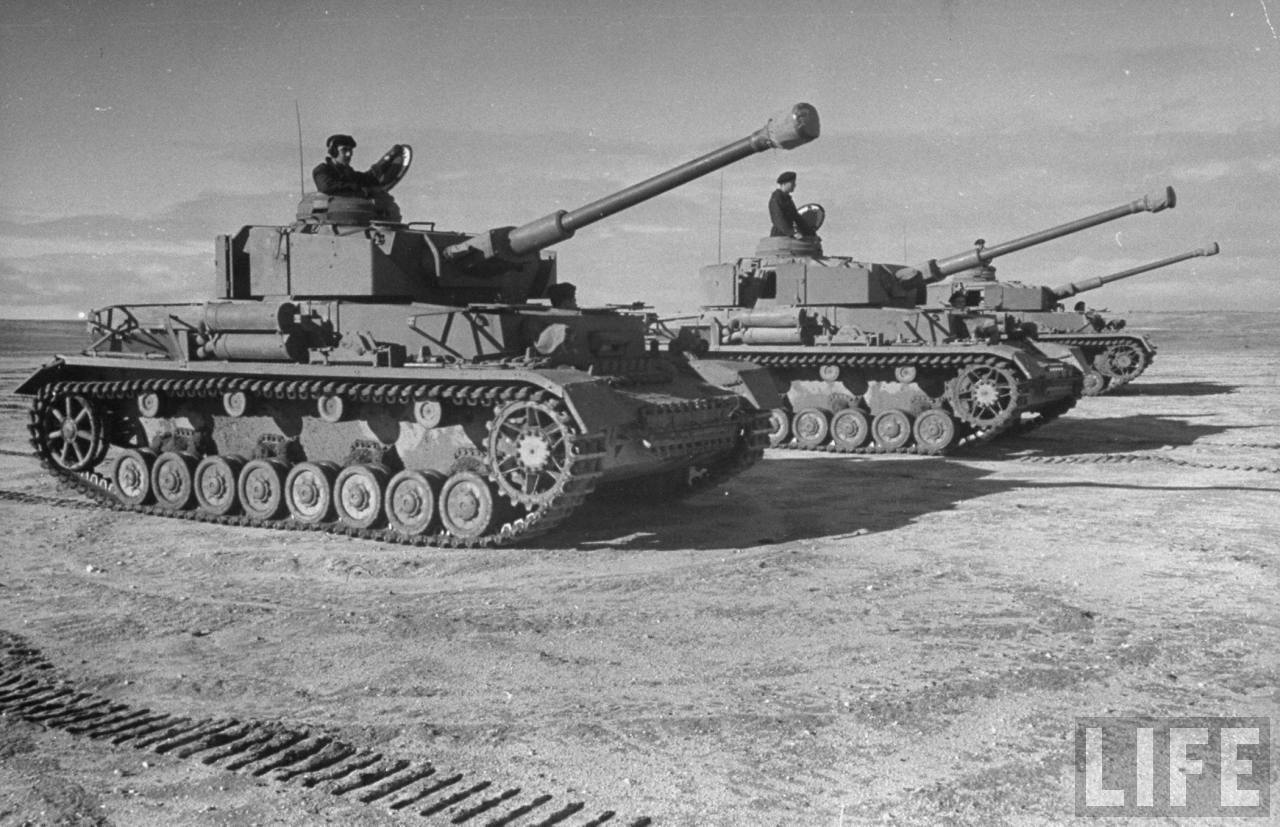 Spanish Panzer IV in 1951, Spain maintained untill 1960s an important number of Panzer IV into service, used during the Ifni War against the Moroccan Liberation Army. 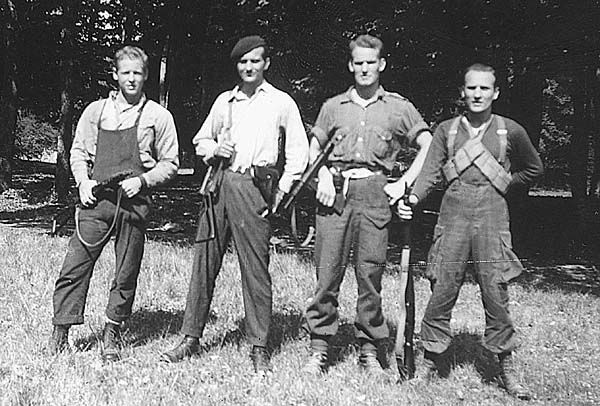 Leaked photo of a French Maquis in Southern France, still active in 1952.

A photo recovered by Resistance operatives from the archives at the Die Nebenwalt. According to accompanying documents The city stands near the location of Earth-1’s Indianapolis and it’s inhabitants were of some Anglo-Franch ethnicity. Research efforts into this timeline were ongoing when the facility was overrun in 1965.

So the Reich came across the His Dark Materials reality?

Master Xion said:
So the Reich came across the His Dark Materials reality?
Click to expand...

No it’s not a crossover. I just wanted a good picture to represent an ‘alternate universe city’. At any rate in the original film that’s meant to be ATL London. While in this scenario it’s a city built in what would be OTL Indiana.

Claus Schenk Graf von Stauffenberg was grievously wounded in North Africa during the final Italian/German offensive to capture Egypt and with it, the Suez Canal. For his actions, he was awarded the Wound Badge and the German Cross. For someone of his high noble status, he earned a extra reward: a plot of land in what used to be Poland. His loyalty to the Reich was deemed to be above repute, with Hitler even bestowing upon him his medals.

However, while he is celebrated in the Reich asa war hero, those who live in the Siberian Neutral Zone regard him as a brute and an animal who regularly mistreated his Slavic servants. Numerous attempts by resistance cells have failed. By the 1960s, Stauffenberg was one of the most famed and powerful men in the Reich. 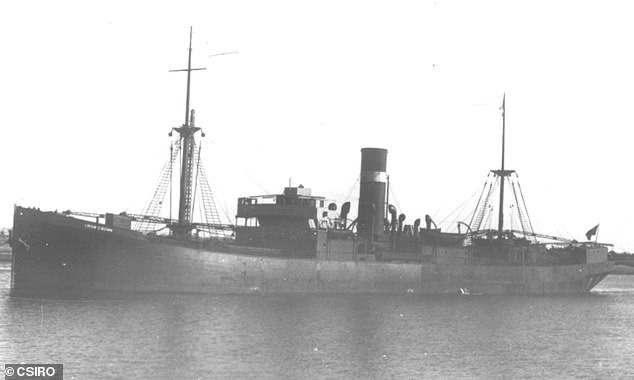 A freighter full of Chinese supplied-small arms leaving Shanghai bound for San Francisco, Japanese Pacific States. The small arms were illegally smuggled by Chinese Communists to the Black Communist Rebellion by way of bribery.
Last edited: Monday at 3:42 AM
You must log in or register to reply here.
Top
Top