More stuff from my head canon. Sorry it's been a while since I posted. 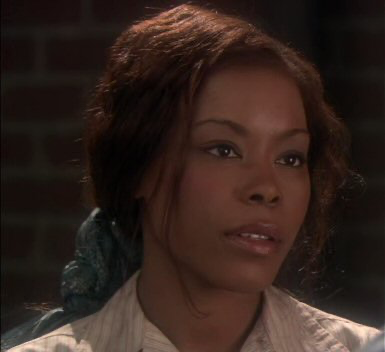 Nikki Travers at the time of beginning her relationship with Thomas Smith, 1964. The Los Angeles Resistance member met Thomas when he was working with Charles Manson in California, their first meeting being a heated argument over Thomas's cooking. The two took part in the overthrow of the JPS and became closer as time went on. After the two first slept together, Thomas confessed he felt that he'd cut himself free of the last tie to his former Nazi beliefs. "There was something amazing about what we did last night," he told her. "Racial defilement. I've done something the old me would've considered unforgivable. And it's intoxicating." 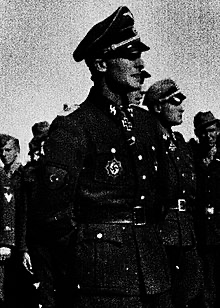 SS-Standartenfuhrer Israfil Israfilov of the Azeri SS volunteers in Berlin for the Siegtag 'Victory Day' celebration, 1947. Detachments from every SS division were present in Berlin to commemorate the final surrender of the Americans. Israfil himself was given a Knight's Cross by Heinrich Himmler for his actions preserving order in the Caucasus while the Germans were preparing for their strike on the mainland US. 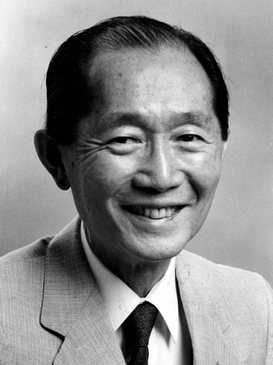 Minoru Yamasaki, the chief architect of the Celestial Palace, in 1964. Minoru had seen blueprints of the German Volkshalle and felt that Japan needed a similar structure. "I want to channel the Yamato spirit that inspired our people to overcome every challenge," he told Asahi Shimbun in 1951 "that drove us to spread our emperor's domain to half of the globe." Both Japanese and Chinese laborers were used in the construction of the palace, while the Imperial Rule Assistance Association took in donations from all over Japan's sphere of influence. 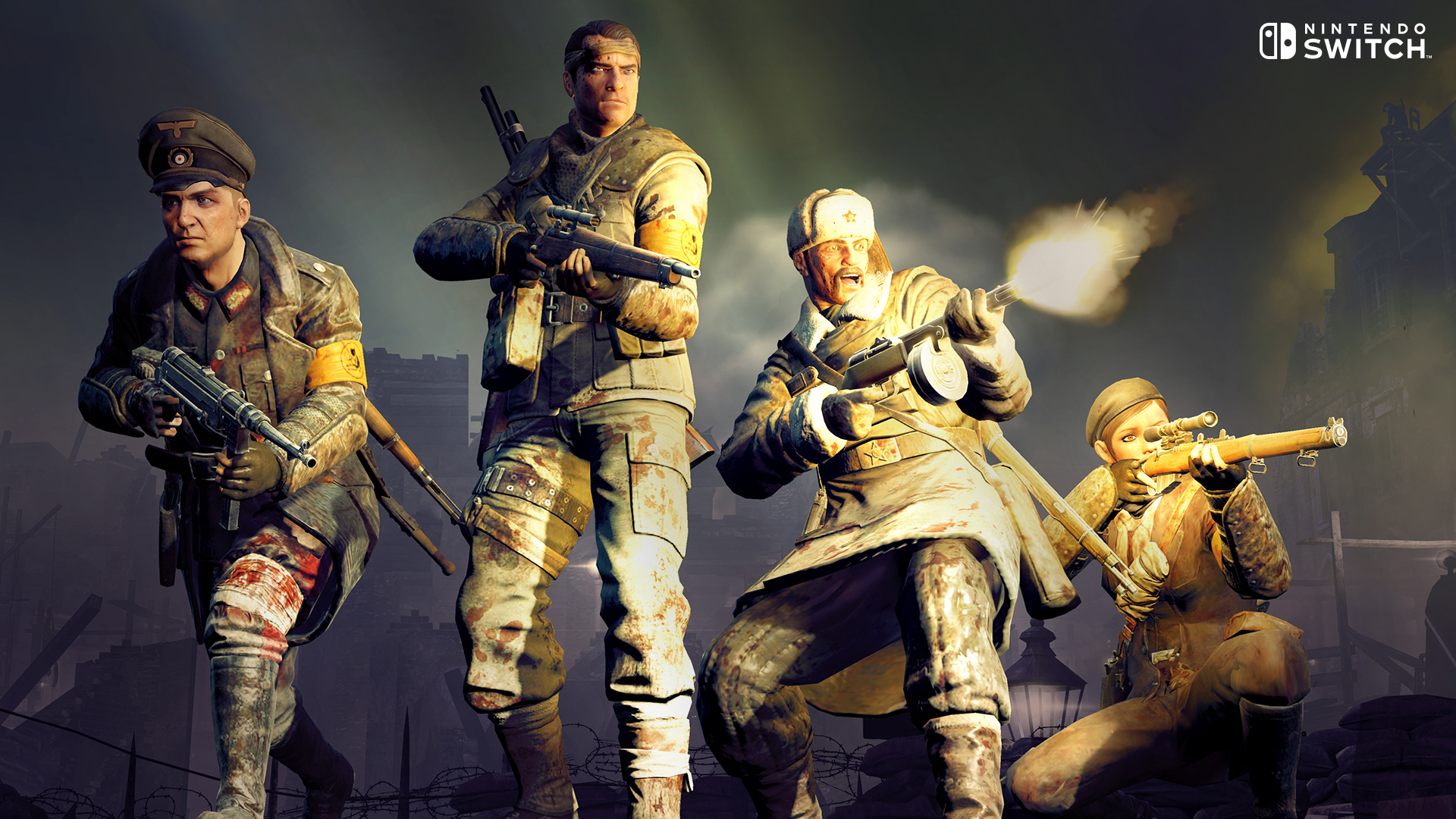 A ragtag group of resistance fighters including a defecting German officer and a Red Army soldiers. Actual location unknown.

Japanese battleship Musashi underway in the Straits of Formosa.

Either she is singing it to Erwin Rommel, the Reichmarshal of North America, or to Joseph P. Kennedy (in my fanfic), who is the Deputy Reichmarshal due to his pro-Nazi stance in OTL.

If it's 1962, wouldn't it be George Lincoln Rockwell? I mean he was Reichmarshal in 1963. Also, if I remember correctly, their was a little video on Facebook showing this, but it was for Hitler.
Last edited: Oct 7, 2022

rob2001 said:
If it's 1962, wouldn't it be George Lincoln Rockwell? I mean he was Reichmarshal in 1963. Also, if I remember correctly, their was a little video on Facebook showing this, but it was for Hitler.
Click to expand...

I mean in my OMAKE fanfic, Joseph P. Kenney was the first deputy Reichmarshall. I think after roughly 15 years since Nazi America was established only did the Reich allow Americans to rule the former East Coast. I can assume Rommel at some point handed that over to a pro-Nazi American to Rockwell would be the ideal candidate.

Gillan1220 said:
I mean in my OMAKE fanfic, Joseph P. Kenney was the first deputy Reichmarshall. I think after roughly 15 years since Nazi America was established only did the Reich allow Americans to rule the former East Coast. I can assume Rommel at some point handed that over to a pro-Nazi American to Rockwell would be the ideal candidate.
Click to expand...

Rommel was lucky that he wasnt been pinned as a scapegoat OTL in Operation Valkyrie when Claus Von Stauffenberg and his followers planned to kill Hitler and it failed and the result Claus Von Stauffenbrg and his allies of the German Military got executed even Erwin Rommel got pinned the blame and he commit suicide than having his family been in disgrace.

rob2001 said:
One thing I don't get about Rockwell, is that he's shown in a Luftwaffe uniform, but he served in the Navy. Did the title of Reichmarshal mean he had to wear the Luftwaffe uniform?
Click to expand...

The prop department just probably slapped in a random Nazi uniform for Rockwell. 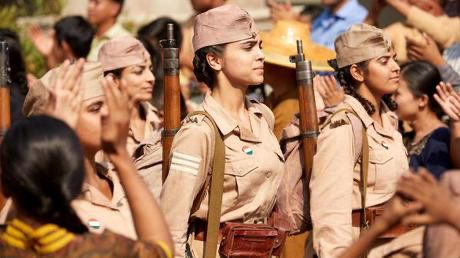 Women of the Rani of Jhansi Regiment of the Azad Hind during the Azad Hind's victory parade in New Delhi, 1945. The regiment saw heavy action in the chaotic days following the fall of the British Raj, facing both rogue British Indian Army units and local militias. Their battlefield performance earned them the admiration of many women who sought to serve in the regiment, leading to a massive swell of recruits. However, their reputation had taken heavy hits by the late 1950s as the illusion of India being an equal partner to Japan was fully shattered. 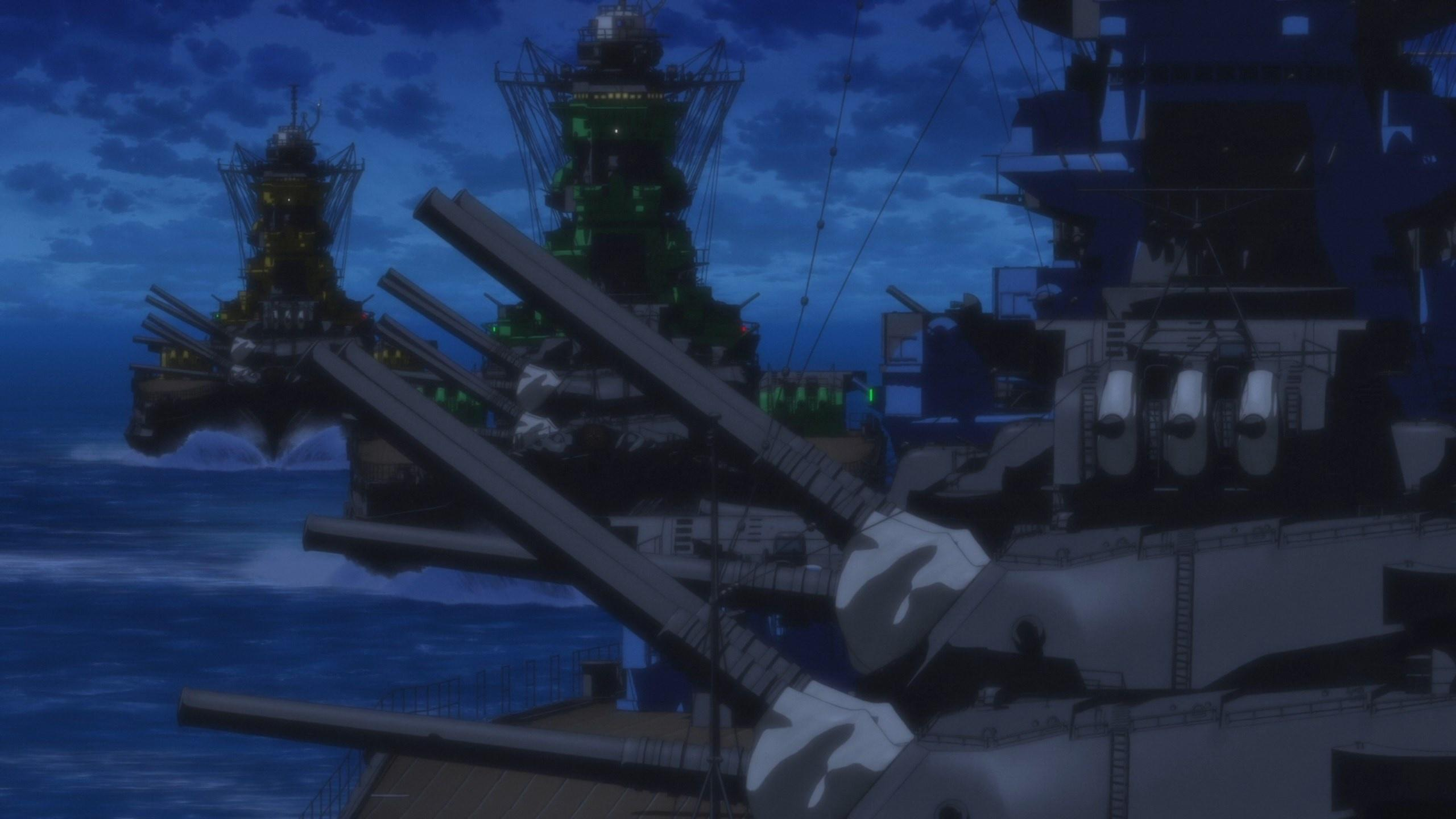 During late 1930's and early 1940's, the Yamato-class battleships were the most guarded secret of the Imperial Japanese Army (and in fact, of the world excluding the Heisenberg Device). Despite been built for the decisive battle against their main oposition, the US Navy and Royal Navy, not a single shoot was fired at any enemy battleship, as the American fleet that liberated Hawaii in February 1942 was considered to "small" to be considered decisive. Only Yamato and Musashi ever fired their guns at anger, and only as shore bombardment duties in the beaches of Queensland (Australia) and San Francisco (USA).

With no need to fight the USN (and the aerial threat pretty much non existing), all ships were called for a special show in Tokyo Bay. Prior to the New Years Day (1st of January 1946), both Fuso-class battleships (decomissioned and demitilariazed) where put in a safe to not disrupt the passage for other ships. On 1st of January, to the great amusement of the civilians and military personnel on leave on that day, all four (of the five completed) Yamato-class* battleships display their full might with thirty-six 18.1in main guns firing at their decomissioned colleges, sinking them after 15 minutes.


Waldemar Putten, Gestapo Director (1998- current).
Born in St. Petersburg, Putten is widely considered to be the grey eminence behind the kleptocratic rule of Fuhrer Helmut Goebbels the Younger. His longevity as Gestapo Director has been attributed to the unlikelihood of a man of his background to rise further in the Reich (despite East Slavs have been considered as "re Aryanized" since 1970), his slavish devotion to the current Fuhrer, mastery of "post-modernist" propaganda and communications, not to mention the Gestapo's sprawling blackmail files on Nazi Party grandees, role in distributing economic spoils among the party elite and tycoons, and unparalleled ability to crush persistent activist dissident. But Putten's grip on power, like that of his master, look increasingly shaky as Nazi true belivers, including Oberst Gruppenfuhrer Dieter Utkin of SS Waffen Army Group Wagner, blame the aging duo for the disastrous attempt to restore direct rule in the Bohemian Protectorate and surrounding Sudtenland.
You must log in or register to reply here.
Top
Share:
Share
Top