Soundwave3591 said:
(you say this even as the reference photo shows Waltz in an SS uniform as Hans Landa, one of the best movie Villains of the last 10 years )

Honestly, i can't really see Leo as Featherston: he's decribed as thin and a bit gaunt in the books, and even as an adult Leo is pretty round-faced. I could see Nicholson pulling off Clarence Potter, though.
Click to expand...

I just thought of featherston as guy who looks like he's always on edge, ready to snap.

But I haven't read any of the 191 books since I finished the last nearly thirteen years ago. 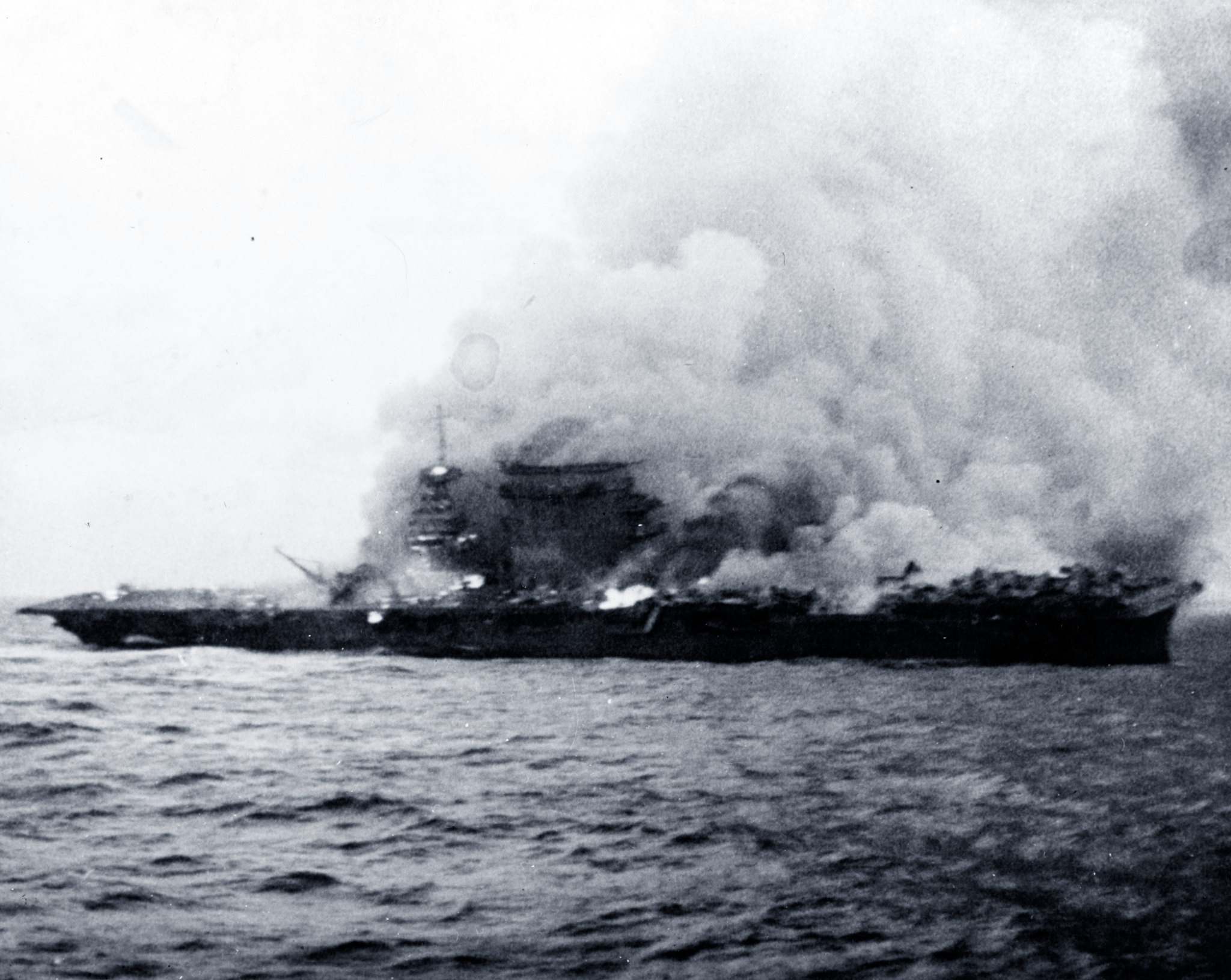 ^^^ --- December 7th 1941. USS Remembrance in flames, shortly before the order to abandon ship is given. Photo taken from the starboard deck of destroyer USS Hollat. With Midway coming under sudden attack by a Japanese naval task force since December 5th, Remembrance and her task force set sail in support of the beleaguered defenders. The loss of Remembrance, along with several other ships, would ensure Midway's fall by December 10th. 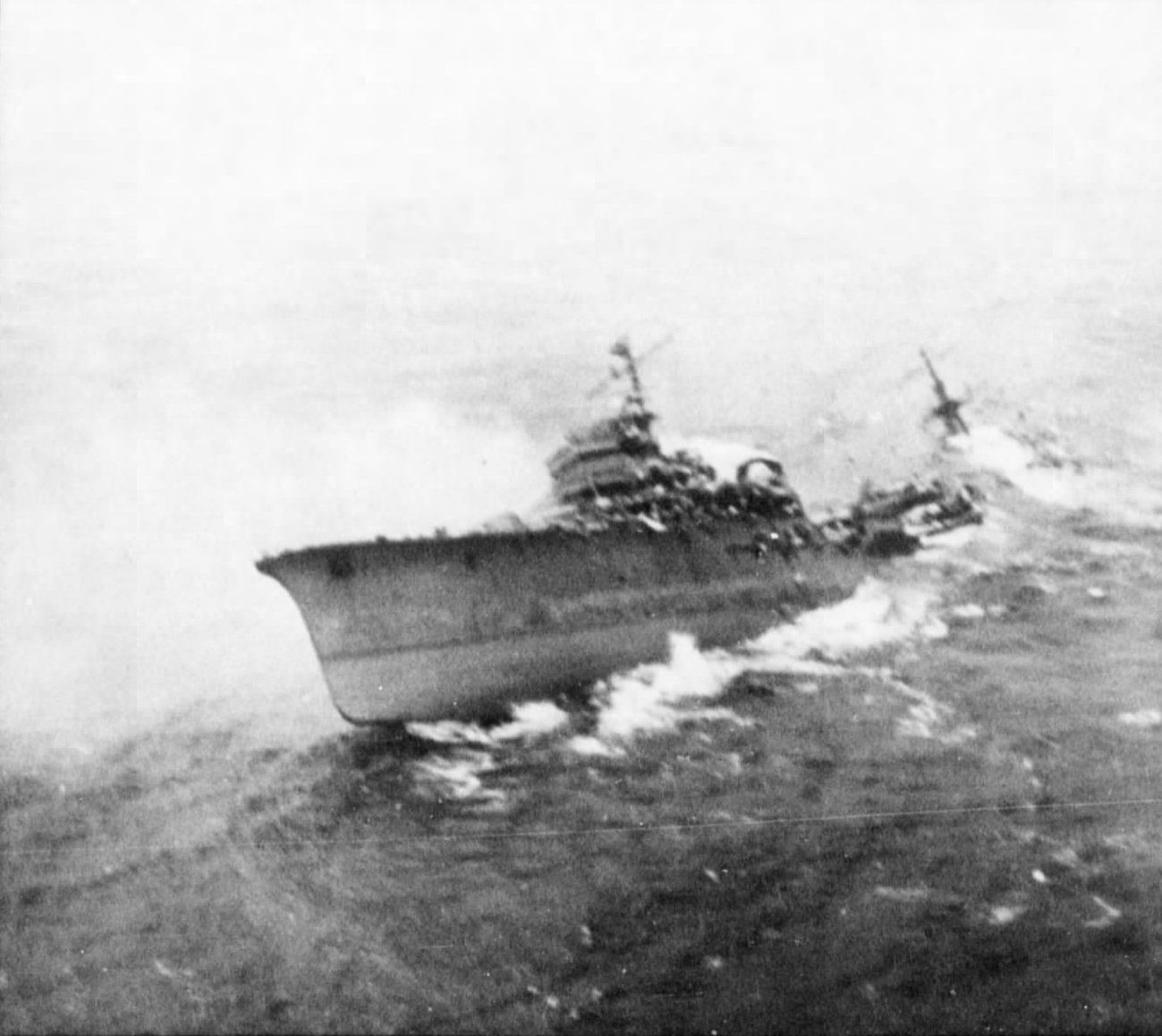 ^^^ --- December 7th, 1941. Photo taken by US fighter from USS Remembrance. Light-cruiser Ikuta sinking after torpedo planes from Remembrance strike her starboard side. Despite achieving a decisive victory at Midway, the Japanese Imperial Navy would loose one of its carriers, with damage to another. Though initiative had swung in favor of the Japanese, it would be sometime before it could recuperate its losses. 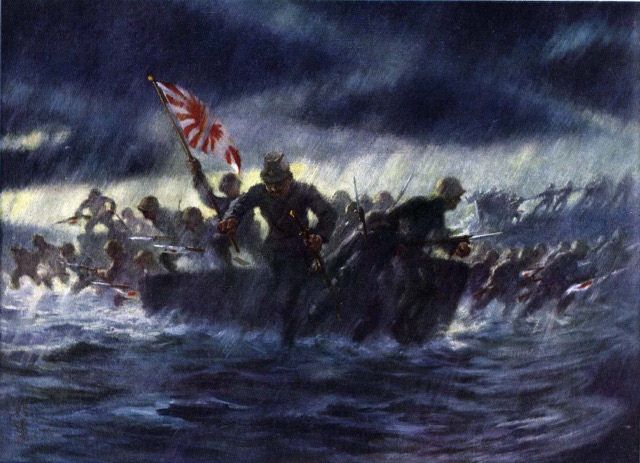 ^^^ --- Contemporary painting of the Japanese night-time landing on Midway, December 9-10, 1941. Japanese forces met stiff resistance from the US garrison despite several days of constant bombardment. With the loss of one carrier and damage to another, fire support for the Japanese troops was provided in greater force from the accompanying ships of the fleet. Over 5,000 Japanese troops were amassed for the invasion, pitted against a significantly smaller and battered US garrison.

^^^ --- April, 1942. Photo taken of the IJN cargo ship Fujikawa Maru from the periscope of the submarine USS Sculpin shortly before its sinking, northwest of Midway. Between the period of Midway's capture in 1941 and its recapture by US forces in 1943, the Midway Campaign is popularly remembered by many Americans as a "quiet front" where little in the way of action occurred. Scholars and veterans, however, routinely debunk this assumption. Between 1941 and and 1943, the waters from Midway to the Sandwich Islands played host prowling submarines and patrolling destroyers, with forces from the Imperial Japanese Navy, the United States Navy, and even the Kaiserliche Marine engaging in submarine warfare. 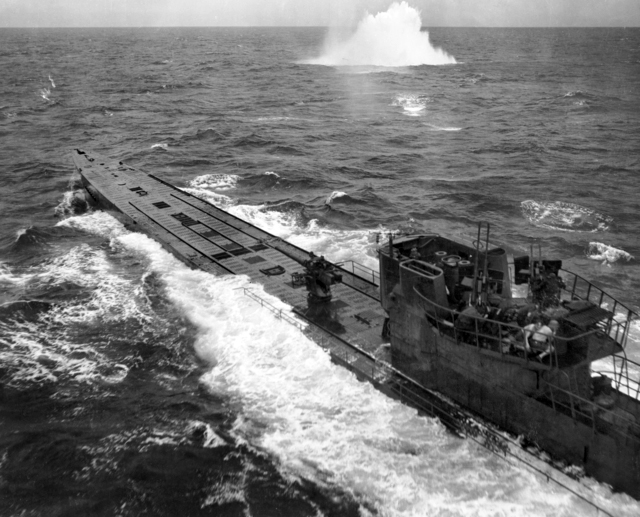 ^^^ --- June, 1942. Photo from a Japanese fighter based out of Midway flying over German submarine U-884 after making a strafing run. A forgotten aspect of the Midway Campaign was the presence of "Taifun Gruppe", a small detachment of Kaiserliche Marine U-Boats that supported US naval operations around the Sandwich Islands and Midway. With Kaiser-Wilhelmsland and the Bismarck Archipelago in German New Guinea overrun by a combined Australian-British-Japanese offensive, remnants of the East Asia Squadron escaped east across the vast pacific, to German Samoa and even South America. The U-Boats that found refuge in the Sandwich Islands lent their support to US efforts at Midway for the duration of the campaign. They undertook war patrols intended to scout for enemy vessels and prey on Japanese shipping.

^^^ --- July, 1942. Photo of the Turbot-class submarine USS Garrupa at anchor in Pearl Harbor. Attached to a task group of submarines, she would play a major role in sinking Japanese supply vessels and warships bound for Midway as part of the US strategy to take back the island. The US "Silent Service", along with the German "Taifun Gruppe", would exact a steep toll on Japanese ships in the campaign, helping to whittle away their strength. However, casualties among the US and German submarine service in this campaign were comparatively high as well. Garrupa was sunk by Japanese destroyer Nishikaze in January 1943.
Last edited: Tuesday at 8:06 PM 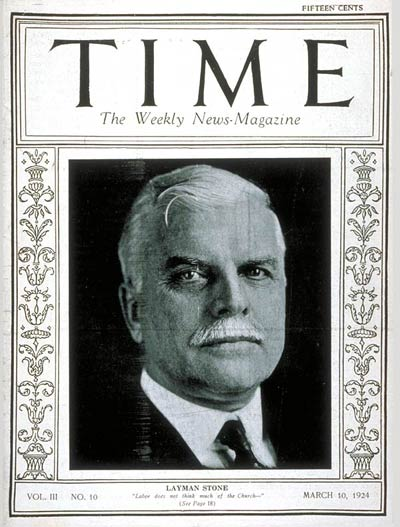 Warren Stanford Stone (b.1860) came from a poor farming background in Iowa. After an academic education, he became a locomotive engineer. When the Second Mexican War broke out in 1881, he volunteered with the 15th Iowa Infantry Regiment but hostilities ended before he was deployed. Previously a Republican, "Blaine's Folly" turned Stone against the party. He became a union leader, eventually rising to head of the Brotherhood of Locomotive Engineers. Though a moderate when it came to relations with management, Stone drifted left politically and eventually joined the Socialist Party in 1910.

Despite his leanings, Stone worked closely with the Roosevelt government during the First Great War. He proved himself a capable administrator, helping to oversee the wartime rail system and ensure the cooperation of the workers. He was a chief member of the National Railroad Commission for the duration of the war. Stone resigned shortly after, being elected head of the American Federation of Labor in 1918, cementing the organisation's ties with the Socialists. He campaigned across the Midwest for Upton Sinclair during the 1920 presidential election. He was rewarded with the position of Secretary of Labor in the first Socialist Administration in 1921.

Stone would hold the position for four years. He oversaw increases to pensions and unemployment benefits, instituted workplace safety legislation and created federal standards to combat oppressive labour laws still present in many states. An experienced negotiator, he also relied on an intimidating physical presence to get his way. Fear of being cornered by the Secretary and his deathly stare was widespread in the halls of power. Stone had been known to leave men shaking, on the verge of tears, without even raising his voice. This dreaded experience was lampooned in The Philadelphia Inquirer as the "Stone Cold Stunner".

Despite some notable achievements, Stone found his plans frustrated by Powel House on multiple occasions. A proponent of Glenn Plumb's theories of "labor capitalism", the Secretary advocated tripartite control of industries, first and foremost rail. He also pushed for the creation of cooperative banks, a national credit union and federal minimum wage. On these matters he was rebuffed again and again, with Sinclair frustratingly sympathetic in private, only to demure to a conservative Cabinet. Despite being far from a Marxist himself, he developed an antagonistic relationship with colleagues like Hiram Johnson, who he felt spouted socialist rhetoric but balked at implementing it. Meanwhile Johnson and others felt Stone was overreaching his brief and trying to dictate policy.

After achieving a second term, Sinclair gave more time to Stone's proposals and began organising a possible reform of the railways along tripartite lines. The plans proved highly controversial to those on both the right and traditional left. Moderates ensured the legislation was delayed and watered down. It would lead, ironically, to the reestablishment of the National Railroad Commission in 1926 as a federal administration to oversee private rail companies, with little direct control; no element of worker control was implemented. By this point Stone had already gone. In June 1925 the United Mine Workers, one of the most powerful unions in the country, balloted overwhelmingly for nationalisation of the industry and institution of the "Plumb Plan". Johnson and his allies attacked Stone, believing he was inciting the unions for his own advancement. In the atmosphere Sinclair felt he could not entertain the UMW demands and the Secretary resigned in disgust.

He penned the "Stone Memorandum", outlining his disappointment with the Administration and proposing a major 'socialisation' of the economy, while retaining the free market. He died in 1928 a controversial figure. His ideas ultimately proved too mild for the growing left-wing of the Socialist Party and too radical for the government. He is remembered for his welfare reforms and establishing the Secretary of Labor as a powerful position in Cabinet. The Stone Memorandum has become a popular topic for allohistorians as a possible solution to the woes of the Blackford Administration during the Great Depression.
Last edited: Wednesday at 9:29 AM

During the First Great War, the Confederacy invaded Haiti and occupied it in order to prevent the United States from gaining a foothold in the Caribbean. Eventually, the U.S. Marines would kick the Confederates out of Haiti and restore order in the Black republic at the end of the war. Some U.S. soldiers and marines stayed in Haiti under orders of the military to help strengthen and train Haiti's military. One marine, named Faustin E. Wirkus, would become entangled into the history of Haiti and the Second Great War.

Born in 1896 in Pittston, Pennsylvannia, Wirkus was a U.S. soldier who fought against the Confederates in the Caribbean Sea when he was stationed in Haiti. After the First Great War, he met a local woman who claimed she was a member of Haiti's former Imperial family. Named Timemenne of La Gonâve, she was able to convince him to become the next ruler of Haiti and was formally coronated as King Faustin II in a Voodoo ritual and became Queen Timemenne as his consort. The "Imperial couple" moved to Gonâve Island and ruled the entire island and its few inhabitants.

The situation was initially considered an embarrassment to the U.S. military and was almost ordered to return back home by the Sinclair Administration, but Wirkus was allowed to stay when the President of Haiti told U.S. authorities that he had no problem with him being "King" as a minor celebrity and wanted to have some American military presence in Haiti. When the Second Great War began in North America, Haiti was invaded by the Confederacy and began to indiscriminately decimate the entire population. By that time, Wirkus had already trained a private army of Haitian soldiers to retaliate against the Confederates and tried to transport as many civilians and political members of Haiti as he could to the small island. Initially, the Confederates paid no attention to the island and primarily focused on the capital and the rest of the western part of Hispaniola. When word reached that Gonâve Island contained an increasing population of Blacks, orders were given to invade the island and wipe out all the inhabitants. Wirkus and his army were able to fight back against the Confederates using guerilla warfare. At the end of the Second Great War, the inhabitants of the island were able to avoid having the Confederates control the island, but at a great cost of many individuals dying to save their own lives and their own people. When the U.S. Navy, Army, and Marines took control of Haiti and landed on Gonâve Island, they discovered a battle-hardened and hungry group of Haitians and their Confederate Prisoners of War (at least those that were still barely alive). The U.S. military were told that their leader, "King" Faustian II, was killed during battle. He had hoped that the U.S. would eventually help them kick the Confederates out of Haiti and rescue them. The people of Gonâve Island were eventually saved by the United States, but Wirkus would not live to see the people he has grown to admire survive the war. Once considered a light-hearted joke in the United States and a bizarre event in the relationship between the U.S. and Haiti, Wirkus became a hero in the United States and Haiti for his actions to save the Haitian people from annihilation. Gonâve Island was renamed Faustin Island in memory of Wirkus and the story of a White-U.S.-soldier-becoming-Haiti's-unofficial-King would eventually become an interesting footnote in the History of the Second Great War.

Sources:
https://en.wikipedia.org/wiki/Faustin_E._Wirkus
https://www.wearethemighty.com/history/faustin-wirkus-ii-voodoo-king?rebelltitem=1#rebelltitem1
Last edited: Today at 12:34 PM
You must log in or register to reply here.
Top
Top